‘We deserve to be treated like human beings’: 500 residents of East London informal settlement have only one tap between them 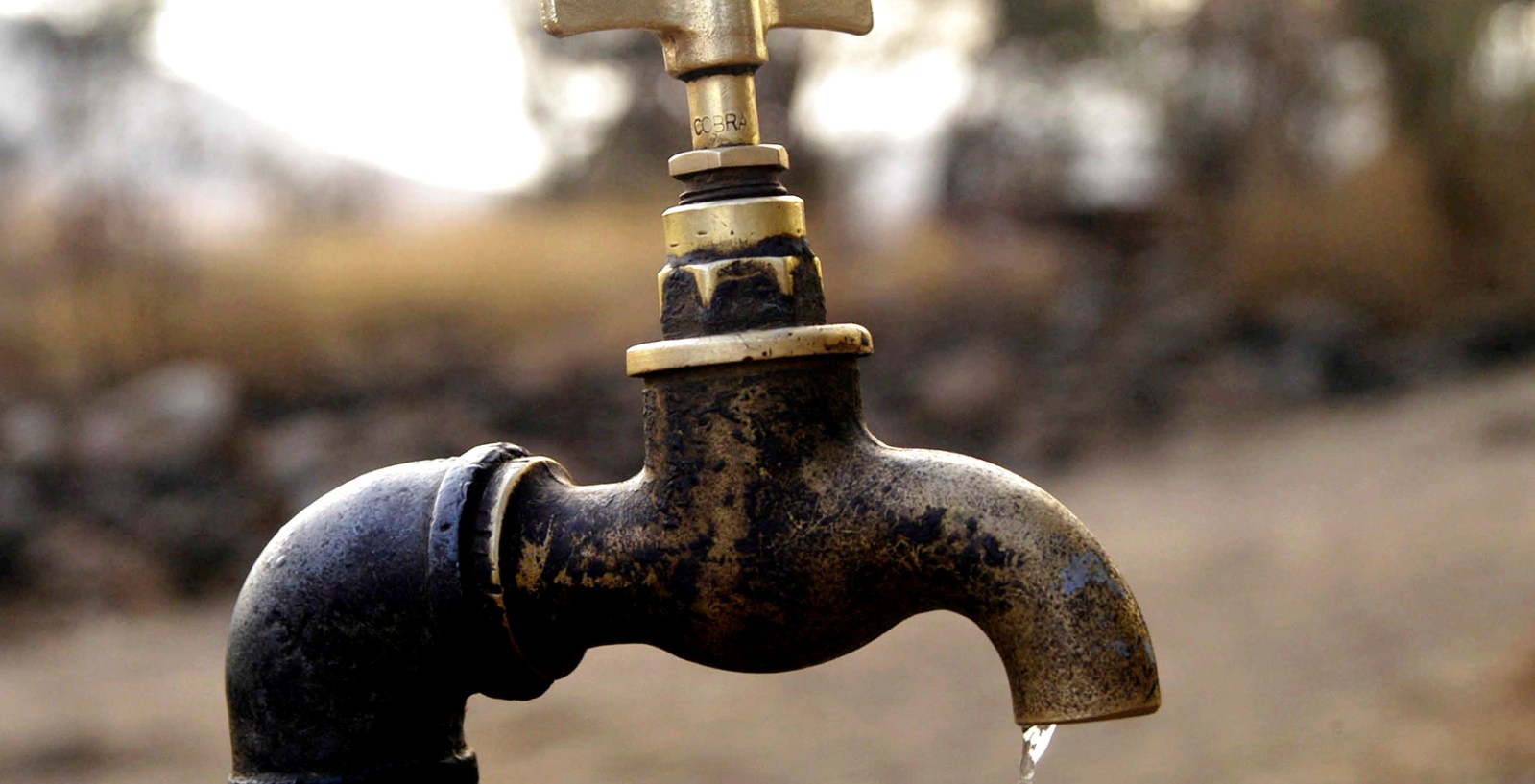 Five hundred people are dependent on one tap as a source of water at the Masiphumle informal settlement in Santa Phase 1, East London. It’s a health hazard, particularly in light of the Covid-19 pandemic.

On your way to East London airport from the suburbs of the city, you are likely to pass by a township called Orange Grove, and if you travel down the Orange Grove main road to where it ends and turn left, you will find the informal settlement of Masiphumle.

The settlement is off a tarred road and has no proper roads of its own, with shacks crammed together and makeshift yards. There is no electricity, so residents are forced to use paraffin lamps for lighting, and there is no water for drinking or sanitation.

Community leader Bahlekazi Fanaphi says he arrived at Masiphumle, which was established in 2016, in 2019. Samkelo Mtikinca, also a community leader, arrived in 2018. Both are unemployed, which they say is the status of most of the settlement’s inhabitants.

The land on which they have built their shacks was initially farmland which was bought by the municipality to build a recreational centre. However, the centre was never built and the land stood vacant. Out of desperation, people occupied the land, most coming from the predominantly two-bedroom RDP houses in the area.

The people of Masiphumle sought the advice of a lawyer about occupying the vacant land and were advised that each resident should state, in writing, why they had decided to occupy that piece of land and the circumstances that led them there, and to send their statements to the municipality.

They did this, but did not receive a response or acknowledgement from the municipality. However, Fanaphi and Mtikinca say that after they sent the letters of notification, the municipality sent people to tear down some of the shacks. Through the intervention of their lawyers, the municipality’s action was found to be unlawful as it did not have a court order. No more shacks have been torn down since.

The pair say that they have tried many times to engage their ward councillor about providing basic services such as water, sanitation and electricity, but to no avail.

“When we sent a community delegation of three people to meet with the councillor we were not received well; instead he threatened us and said that he would remove us from the land whether we like it or not, so we left it at that. That is when we learnt of and started working with [the NGO] Afesis-corplan,” said Mtikinca.

Section 152(b) and (d) of the Constitution says that local government must ensure the provision of services to communities in a sustainable manner and must promote a safe and healthy environment. This is something that the people of Masiphumle are being denied.

According to Afesis-corplan programmes coordinator Qhamani Tshazi,  “The ward councillor has been a bit of a headache in that he has made it clear that he doesn’t want that community there and has not responded to any of our approaches to engage. He subsequently blocked us on calls and WhatsApp; as such we cannot reach him.”

Masiphumle is estimated to have about 125 shacks and about 500 residents, yet, says Fanapi, there is only one tap in the settlement.

“We pay R35 a month in order to be able to get water from the pipe of a resident here in Santa who lives in one of the RDP houses. This also gets expensive, because the majority of us living here are unemployed.”

He says the tap is kept locked and residents have to sign up to a list allowing them to receive water if they have paid the monthly fee.

Before the tap was installed, Fanaphi and Mtikinca say, residents would ask for water from those living in the RDP houses.

“When people want to relieve themselves, they have to go into the nearby bushes which are dangerous, especially at night and there are snakes there,” said Fanaphi.

Fanaphi and Mtikinca say that even during the initial lockdown in March 202o when the government was taking measures to ensure that people living in informal settlements were able to observe physical distancing and sanitation measures by providing water tanks and mobile toilets, they were overlooked.

The pair say that nobody in the community was allocated food parcels during the hard lockdown when people were not allowed to go out and look for work.

“What we did during Covid-19 lockdown was to assist the community with PPE in the forms of masks, gloves and sanitisers and also bringing them in to be a part of our Asivikelane campaign. We are, however, conscious that these interventions were temporary and not necessarily sustainable where there’s no sanitation to begin with, but it was the best we could do at the time to ensure the safety of the community at large,” Tshazi says.

“We are people at the end of the day. We deserve to be treated like human beings. The standard of living here is way below the level that a human being should live. What is painful is that we are being treated like we don’t have rights, yet the highest law in this country, the Constitution, guarantees us the right to human dignity in Chapter 2,” says Mtikinca. DM/MC