JSE curves upwards on the back of global recovery, but how long can the rally continue? 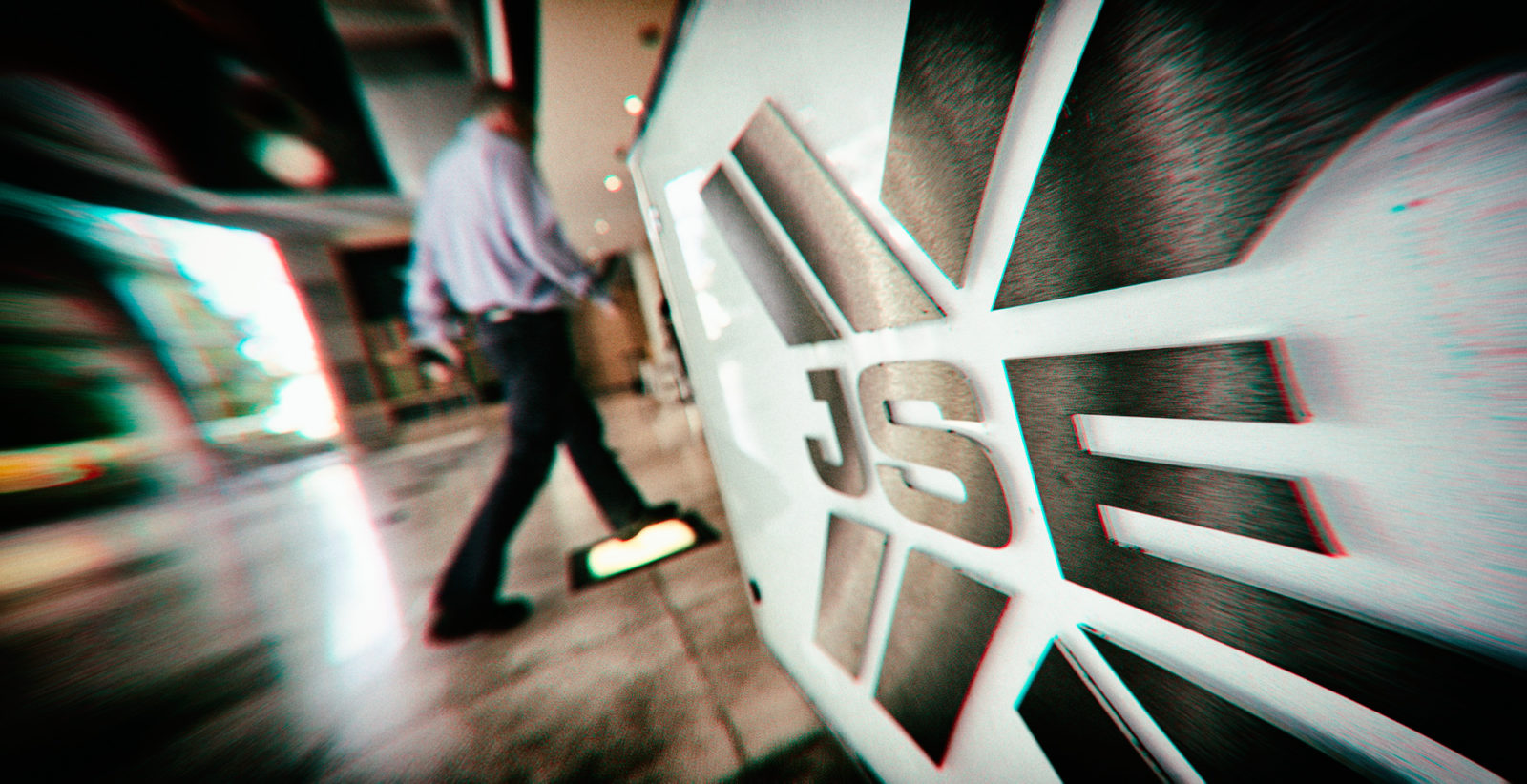 The JSE continues to outpace its developed market peers in a rally that has – including a few pullbacks – added about 75% to the value of the exchange since last March’s market meltdown. Yet, with most of the good news driving the recovery emanating from beyond South Africa’s shores, can it continue?

Optimism over strong recoveries in developed market economies, including the US and most of Europe, as vaccine programmes are rolled out, has helped fuel strong equity market performances this year. So, too, has the massive stimulus pumped into economies by central banks, including the Federal Reserve.

Whereas the JSE’s gains seem to belie local economic prospects and the slow pace of vaccinations, it is benefiting, to the full, from the global factors.

The exchange’s broad-market All Share Index is up about 12% so far this year. The blue-chip Top 40 Index, which includes the exchange’s most valuable shares, shows a similar gain.

As has been the case for most of the year, resource stocks have led the charge, with the JSE’s broad Resources Index up 16%.

Chantal Marx, head of investment research at FNB Wealth and Investments, says the rebound in global growth will have a positive impact on demand for commodities, benefiting mining companies and general demand for SA goods and services.

This could also benefit the rand exchange rate, which will be supportive of importers such as retailers and other companies sensitive to the rand’s value.

Meanwhile, those companies with an offshore focus, including Naspers and other dual-listed companies, will be directly affected by higher global growth, which could drive continued earnings growth, sustain ratings, and as a consequence result in higher share prices.

“The domestic side could benefit not only from external demand and rand dynamics but a more conservative local rebound in growth and generally positive sentiment around EMs [emerging markets],” Marx says. “SA is still very under-owned by international investors and comparatively cheaper than other EMs.”

“RSA’s been cheap for several years and I do not believe the economy and consumer is looking better than before,” he says.

“With markets continuing to be fuelled by monetary and fiscal stimulus, it is hard for us to believe that everything good has not been priced in by markets,” he said.

Something that could spoil the party for equity investors – and there have been recent signs of this – are falling prices and rising yields on bonds and US Treasuries because of concern over the impact of all the stimulus on inflation in the world’s biggest economies.

Gryphon chief investment officer Reuben Beelders says central bankers flooding the financial system with cash has resulted in asset price bubbles in equities and particularly technology-related stocks, in many parts of the world, as well as housing and bitcoin, to name a few.

“We have for some time been concerned about global markets. Many investors today justify their decision to purchase stocks on the basis that they are cheap relative to bonds,” says Beelders.

“The past few months have shown investors how quickly bond yields can rise when the cycle turns. We do not believe bond prices offer value and neither equities.”

Gryphon maintains that much of the pickup in global activity is just a bounce-back from last year’s Covid-19-induced slowdown.

“We remain cautious and position ourselves in the camp that will not be too hasty to move into equities any time soon,” Treurnicht says. “We need to see more certainty.”

One share that has punched above its weight this year (although, with a market value of about R3.5-billion, it won’t have had much impact on the JSE’s overall value) is Renergen. Gas is flowing just as freely as positive news from the emerging helium and natural gas producer, with the result that its share price has more than doubled since the beginning of January.

It’s a share that Smalltalk Daily Research analyst Anthony Clark has been keeping a close watch on since tipping it at about R12 at the beginning of the year. This week, it topped R30. The latest rise followed news this week that results from recent drilling samples were exceptional, particularly its “wild card” P007 well, which it discovered while poking around in the earth in the vicinity of Virginia in the Free State.

Renergen owns Tetra4, the holder of the only onshore petroleum production right in SA, with proven methane reserves and what Renergen believes is arguably one of the highest concentrations of helium globally.

Clark says helium is in high global demand. It’s used as a coolant in MRI scanners and is vital for the manufacture of much of the sophisticated electronic appliances we all use. It has other practical uses too, such as to detect leaks in car air-conditioning systems and for inflating car airbags.

The company has also developed and filed for patent rights for helium-filled containers that will make it possible to transport Covid-19 vaccines to remote areas and keep them cold for up to a month – ideal for South Africa when the rollout of vaccines eventually gathers pace.

It says the Renergen Cryo-Vacc will simplify the logistics of moving vaccines at temperatures of between -70º and -150º Celsius for up to 30 days without the need for any power supply.

“As they keep issuing news regarding the commercial viability of the prospect, the market can now see a profit and revenue runway,” says Clark. “Yes, it’s all a bit pie in the sky, and yes, it’s on very small volumes currently, but the underlying revenue potential for this business going forward could be quite material.”

Shareholders of Ascendis Health have been dealt a bum hand and may have to fold if there’s any hope of getting anything back on their investment.

The pharmaceuticals and healthcare business delivered a strong set of interim results on Wednesday – from an operational perspective. Financially, earnings were obliterated by a surging debt bill, with net finance costs more than doubling in the six months to end-December.

The debt, which is accruing at a rate greater than its market capitalisation of around R230-million, is clearly unsustainable.

That’s where its creditors step in. After taking on more than 75% of its debt a couple of months back, a lender consortium including Blantyre Capital and L1 Health stood in the way of the group selling assets including its Remedica generics business in Cyprus and Sun Wave Pharma in Romania, which would have gone a long way to reducing net debt that sat at R6.6-billion at the end of December. Under a debt refinancing deal reached in 2020, any corporate action, including asset disposals, needs the consent of more than two-thirds of its lenders. That puts them in control.

The extent of the company’s debt meant that raising capital through a rights issue would have been unaffordable for many smaller investors. Two-thirds of shareholders are smaller retail investors. And about 7,000 of those hold 1,000 shares or fewer, resulting in a very fragmented shareholder base, according to CEO Mark Sardi. They would have had to contribute 10 to 15 times their current stake just to protect their current stake and avoid dilution.

Blantyre and L1 have given Ascendis a 30 April deadline to agree to a recapitalisation deal that is likely to result in it exchanging stakes in underlying businesses in exchange for debt.

Among the prize assets they probably have their eyes on is Remedica, the standout performer in the six months to end-December – it grew revenue by 42%. That drove a 35% improvement in international revenue. South African revenue increased by 30%, supported by a 59% rise in revenue at its Medical Devices business, where it benefited from its supply of high-demand ventilators, respirators and testing products during the Covid-19 pandemic.

The benefit of these Covid-19-related sales was partly offset by restrictions on elective surgeries in hospitals and fewer trauma cases during the lockdown.

Revenue for the six months rose 33% to R4-billion and normalised operating profit grew by 27% to R486-million. Normalised earnings before interest, tax, depreciation, and amortisation (Ebitda) increased by 50% to R794-million. But net finance costs rose to R545-million as debt rose. Its tax expense increased by R125-million and impairment losses totalled R246-million. That resulted in a normalised headline loss of R43-million for the six months, down from a R138-million profit in the previous year.

It will need approval from investors holding at least 75% of its stock. That means keeping minorities onside, including Ascendis Activist Investors, a shareholder activist group that has been trying to unite small shareholders in order to get a fair deal.

However, with business rescue as the alternative, it appears they have little choice. Sardi says under that process the prices it could achieve from the sale of underlying businesses would start to erode.

“If you have a distressed sale, trying to sell quickly, value evaporates very quickly and then the outlook for shareholders is not very promising,” he says.

Sardi says Ascendis remains a good business with a bad balance sheet. And although the business got better over the six months, the balance sheet just got worse.

Shareholders of Ascendis Health have been dealt a bum hand and may have to fold if there’s any hope of getting anything back on their investment. DM168 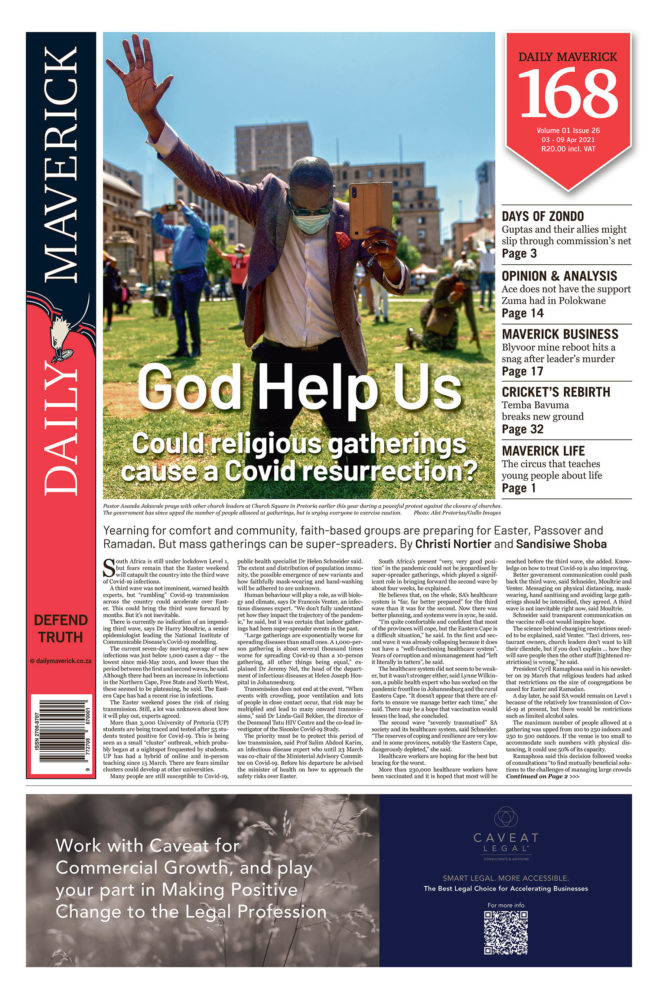