A national vaccine effort and speedy rollout is literal... 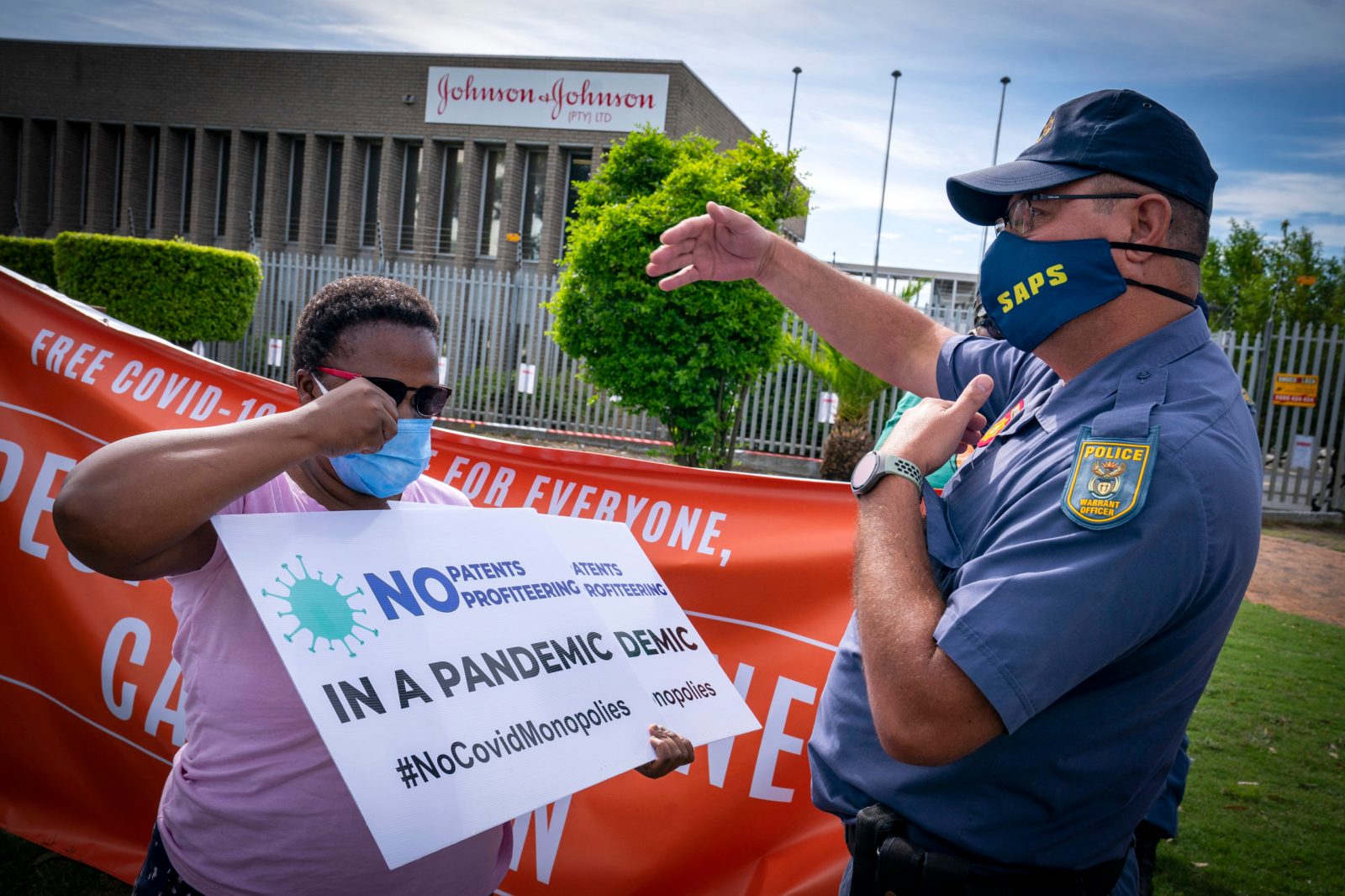 As South Africa stares at the looming third wave of Covid-19 and the strong possibility that travel restrictions will be reintroduced over Easter, it is now clear that the warnings and anger expressed by scientists and civil society early this year about SA’s vaccine preparedness were not unfounded.

As of Saturday, we have vaccinated only 220,129 healthcare workers with the Johnson & Johnson vaccine, as part of the Sisonke clinical trial. This is about 25% of our health workforce but only 0.4% of our total population. It has not included many front- line workers in the health system, such as community health workers, or administrative staff, such as porters, cleaners and security guards. Vaccines have also not reached rural healthcare workers.

This means that when the third wave breaks, health workers, many of whom have already been ill with Covid-19, will again find themselves in the line of danger.

We should be doing much better and people are entitled to honest answers about why we are failing. It is a matter of life and death. In developed countries that have scaled up vaccine rollout there is growing evidence that vaccines are making a difference. For example, an editorial this week in the South African Medical Journal records that: “Where the AstraZeneca vaccine is in use, mortality in vaccinated populations has plummeted, including in the UK, home to its own more infectious and virulent B.1.1.7 variant.”

Questions remain as to why we sold on a million doses of the AstraZeneca vaccine.

Similarly a study just published in The New England Journal of Medicine has shown that, after vaccination with the Pfizer and Moderna vaccines, rates of infection among healthcare workers at California hospitals reduced the absolute risk of testing positive for SARS-CoV-2 to between 1.19% and 0.97% among healthcare workers at two large hospitals. Life and death: these are the reasons why there is growing public anxiety and anger over South Africa’s failures so far.

There is nothing people in SA want more than unity around a national vaccine effort. We are desperate to rally behind and contribute to a well-thought-out national strategic plan, which we are told will soon be approved by the Cabinet. But to achieve unity government will need to act differently.

Below are six steps we believe will save lives and restore confidence.

Consistent reporting of numbers vaccinated and of health system readiness

Since early in 2020 government has released daily reports on the Coronavirus Resource Portal of the numbers of Covid-19 infections, tests, deaths and recoveries. It has also sent these reports to the media. This now includes the total number vaccinated. But it is also important that information include numbers of vaccinations by province; by category of health worker; and a list of vaccination sites that are ready for phase two of the rollout.

Since 11 January this year no MAC advisories have been made public, and in particular none of the advisories of the MAC on Vaccines. People have the right to know what scientists are advising the government and whether government is acting on these advisories.

We are well aware of vaccine hesitancy and misunderstanding. Even nurses are reported to be declining vaccinations in some areas. But there is very little visible or audible public information and education campaign. Where there has been information, much of it is on digital platforms, which leaves out millions of people, including those who are most at risk. A massive decentralised campaign in the media, but also on the ground, mobilising the very same people and organisations that will organise the vaccine rollout, needs to start now.

Fixing the health system and rooting out corruption and incompetence

This week Maverick Citizen raised the alarm about the near collapse of the public health system in the Eastern Cape. We appealed to the Minister of Health to intervene. Our health system is now in ICU. This threatens our ability to vaccinate and treat not only Covid-19 but also other epidemics of HIV, TB and noncommunicable diseases. There is an urgent need for a fully funded plan to fix the health system. This also means acting against corruption and incompetence that violates constitutional rights, including dignity, life and access to healthcare services.

So far, we believe, the Vaccine MAC has recommended three vaccines for use in SA: they are Johnson & Johnson (J&J), Pfizer and Moderna. Moderna is a highly efficacious vaccine but is excessively priced and so is not being considered. It is of great concern that negotiations with AstraZeneca, J&J and Pfizer are taking place in total secrecy. We have learnt that this is on the instruction of the companies, which have imposed far-reaching non-disclosure agreements on our government. This has been their behaviour worldwide. Although it is accepted that not every aspect of a contractual negotiation can take place in public, total secrecy causes distrust and fear; it is open to abuse and corruption. In SA there is a constitutional right of access to information. Multinational pharmaceutical companies cannot be allowed to exploit desperation so as to escape public scrutiny about the terms they are imposing. These private companies have a monopoly over a public good. South Africa is a sovereign constitutional state, founded on human rights, and has power in relation to these companies. Government should be prepared to use it just as civil society demanded in relation to access to antiretroviral medicines for HIV.

SA and India have formally applied for a waiver of certain provisions of the World Trade Organisation TRIPS agreement during the course of the Covid-19 pandemic. Removing ill-deserved intellectual property barriers could increase the manufacture and supply of Covid-19 vaccines and give governments greater power through the use of compulsory licensing where warranted. So far SA’s proposal has been supported by 100 countries, but is being opposed by the US, the UK and other countries. It is now one year since the start of the hard lockdown. Perhaps the greatest difference as we enter the second year is that we now have pharmaceutical interventions that can help us fight the pandemic.

This is not a reason to dispense with masks, sanitisers or physical distancing. But it is a means to save lives, limit the damage to our economy and restore hope. Urgency, transparency and accountability must start now. DM168

Mark Heywood is the editor of Maverick Citizen.