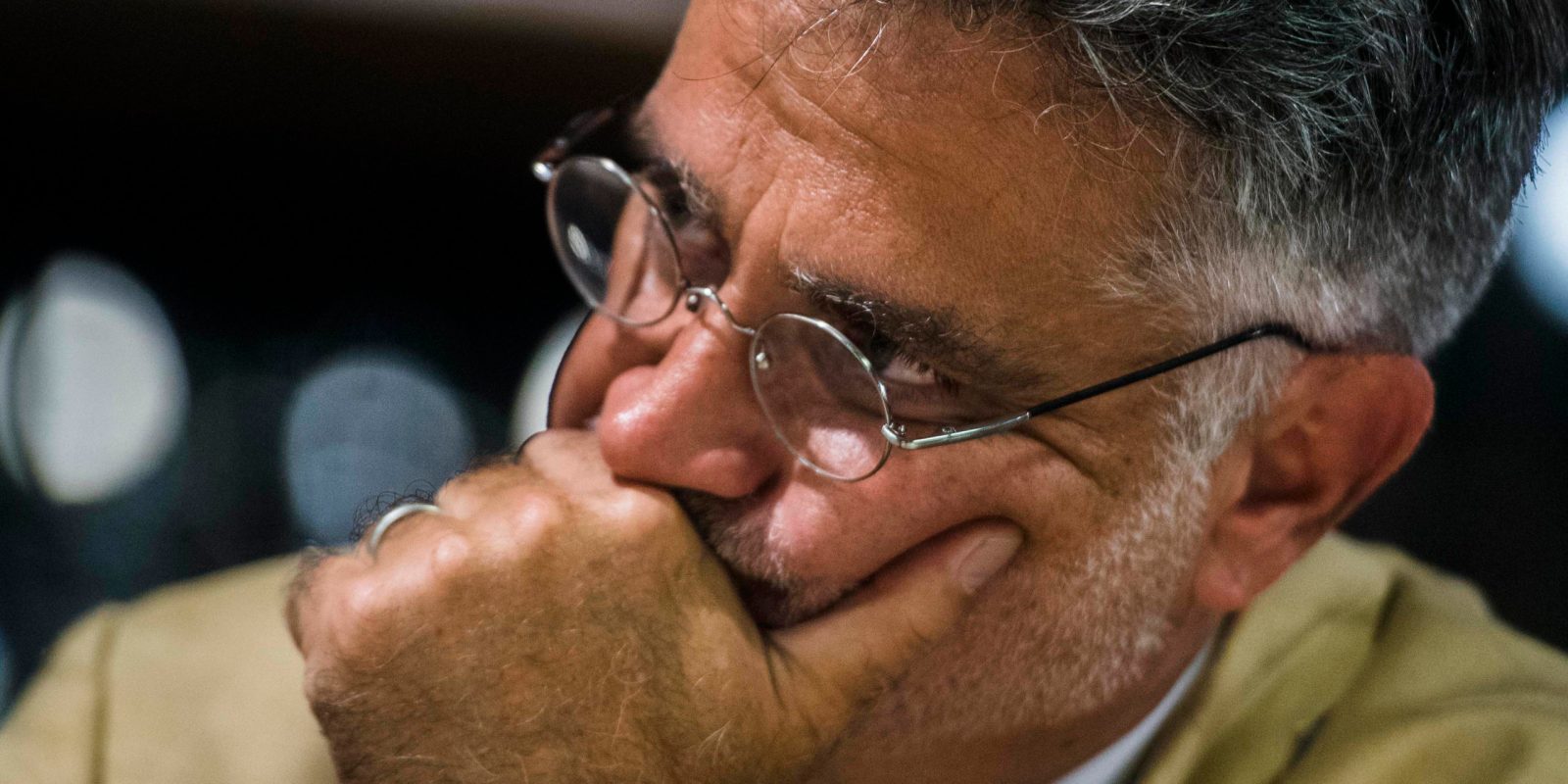 “I have never heard any lawyer in any commission or forum tell another lawyer to shut up,” said a stern Deputy Chief Justice Raymond Zondo.

On Wednesday, Zondo jumped in to neutralise the situation after advocate Dali Mpofu told Public Enterprises Minister Pravin Gordhan and his lawyer to “shut up”.

“I record my extreme concern that disrespect was shown [to some of the people at the hearing] and to the commission and me, as the chairperson.

“I thought it important I address this issue clearly so that anybody who contemplates doing so in the future knows what is acceptable and what is not.

“Such conduct should not be tolerated, it impacts on the dignity of the commission and is taken in a serious light, not least because the proceedings of this judicial commission of inquiry are televised for the public.”

Zondo reminded Mpofu that as the chair of the commission he is the lawfully permitted person to decide how proceedings are run, and it is his job to ensure that they run smoothly.

“I may have to consider in due course what to do in the future if a witness, or an implicated person, or his or her lawyer, is not prepared to subject themselves to the authority and the instructions of the chairperson,” he added.

Before Zondo paused the proceedings to remark on the events that had unfolded on Tuesday, former SA Revenue Service (SARS) executive Johann van Loggerenberg told the commission how SARS failed to protect him when in 2014 he and other members of the revenue service’s High Risk Investigation Unit were victims of an attack from the media alleging the unit was a rogue element established by the then finance minister Gordhan to spy on politicians, including the former president Jacob Zuma.

Van Loggerenberg headed the unit and its sub-division, whose job was to monitor the illicit activities of people who sought to dodge revenue collection.

He told the commission on Thursday that occasionally the job was life-threatening, to the extent that some auditors at the unit “felt incredibly uncomfortable to do their job”.

This behaviour, Van Loggerenberg said, occurred so frequently that the unit called it “name-dropping”.

In the mid-2000s some members of the unit and their families were shot, murdered, or assaulted.

While the media attacks on the unit continued and escalated to personal attacks on Van Loggerenberg, members of the unit were prevented by SARS from defending themselves personally.

Van Loggerenberg implied to the commission that the modus operandi of those who threatened the unit changed between 2014 and 2015.

“People created dossiers [against the unit], which at face value, if you don’t know anything makes a good read. And the minute you dig into it you find it’s complete nonsense,” he said.

In early September of 2014, the leaked dossiers containing allegations against the High Risk Investigation Unit grew thick and fast.

The dossiers would then be distributed to the media, as well as state security agents and political players in the hope of disrupting or thwarting SARS’ actions, said Van Loggrerenberg.

“But when [former SARS commissioner] Mr Tom Moyane arrived, these dossiers began to gain incredible traction in the media; up until that point it was easy for us [the unit] to counter the claims when the media gave us questions.”

There was one instance where the unit did not receive the dossier from the media nor questions to counter the claims, which became front-page news one Sunday, he told the commission.

“Here’s somebody saying that you bugged Zuma and that you broke into his home or his cell[phone] and you planted a listening device there and it is on the front page of the biggest-selling newspaper in the country. There [was] none of that. The opposite happened, but it was accepted as if it were true.”

While the media attacks on the unit continued and escalated to personal attacks on Van Loggerenberg, members of the unit were prevented by SARS from defending themselves personally.

In December 2014, Van Loggerenberg wrote an email to Luther Lebelo, who was at the time the revenue service’s group executive for employment relations and copied in Moyane. In the email, he requested permission from Lebelo to respond to media questions.

Lebelo responded that if Van Loggerenberg were to respond to the media in his personal capacity, it would amount to gross misconduct and lead to his dismissal.

“If I had to attach all evidence of my attempts to help the revenue service address those articles I would just waste your time, Chairperson,” said Van Loggerenberg.

He testified that Moyane let the attacks continue unabated.

“I didn’t just say I want to help. I said a number of times… [media reports about the rogue unit are] wrong, it is an institutional attack. He [Moyane] didn’t speak to [any] single [one] of us about the allegations”.

Van Loggerenberg further testified that even after all the executives whom the “rogue unit” media reports fingered wrote to Moyane, he did not act.

Earlier in the day, the senior SARS executive for product oversight, Vlok Symington, continued his testimony from Wednesday about how some executives in the revenue service wanted to oust him.

Symington told the commission he was coerced into handing over documents that contained emails that included correspondence from David Maphakela, a partner at law firm Mashiane, Moodley & Monama, who was advising SARS on pursuing criminal charges against Gordhan and his colleagues.

“I was initially informed by SARS that Mr Mothle would be appointed to probe my grievance against Mr Titi. The scope of the investigation was made very clear to me and that it will focus on my grievance,” Symington said.

In 2017 Mothle produced a report which found that Symington’s grievance was valid, and handed it over to Symington on 11 May.

However, Symington testified, he found out via email that some SARS representatives held a meeting with Mothle on the sidelines and pressured him to change the outcome of his report, which he did.

“No one measured any complaints or grievances against me, but that became the outcome and that led me to the conclusion that… it was to remove [me] from SARS,” he said.

Ex-Eskom CFO Anoj Singh returned to testify on Thursday evening and is due to finish his testimony on Friday. DM