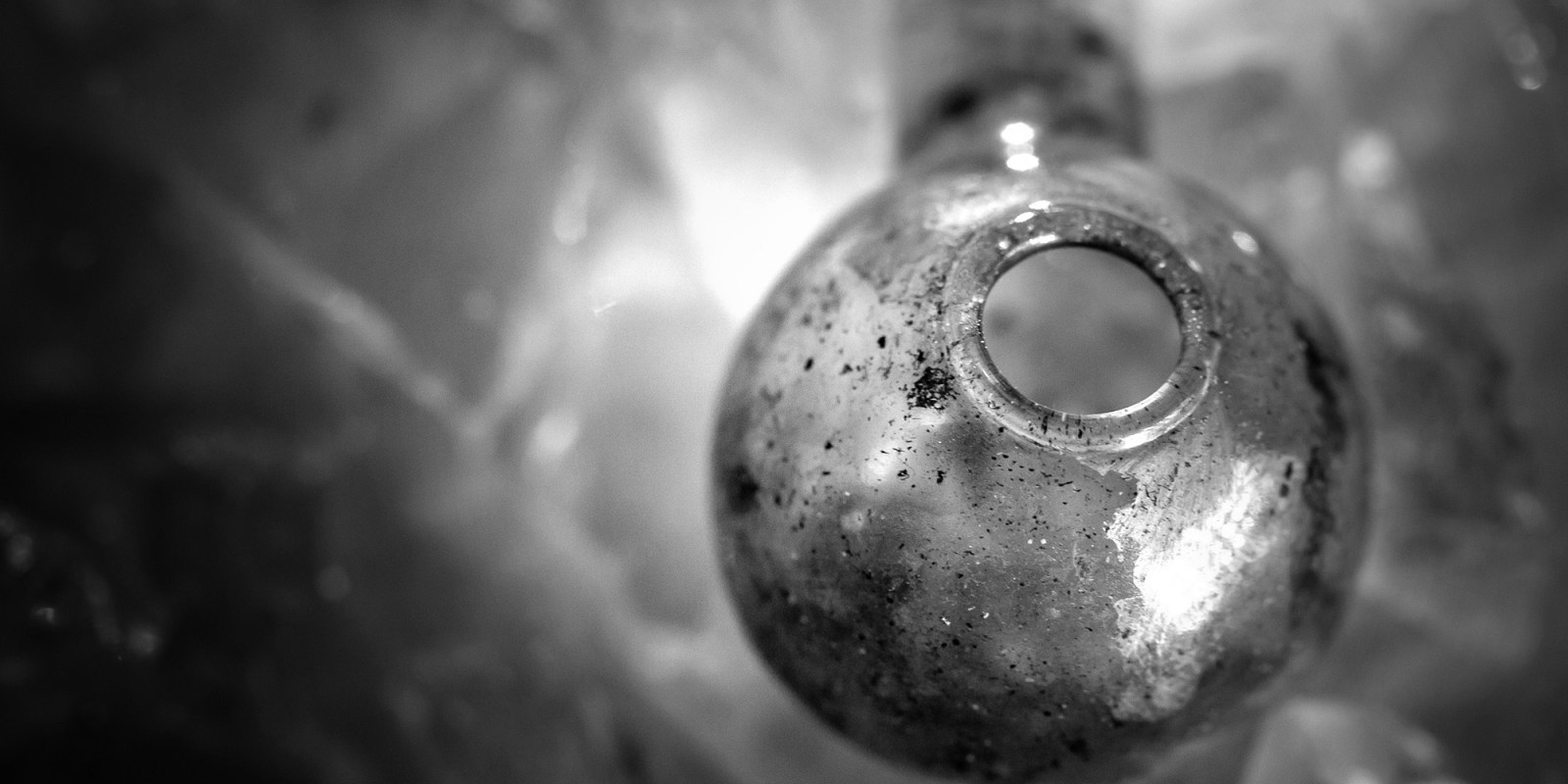 South Africa is home to the largest and most established meth consumption market in East and southern Africa. New Global Initiative Against Transnational Organised Crime research has found that methamphetamine consumption is far more widespread and has markets far better established across the region than previously understood. Interviews with meth importers and suppliers also cast light on the emerging supply route by which meth produced in Afghanistan is trafficked to southern Africa.

Meth consumption has long been ignored as a domestic drug problem in East and southern Africa. The drug is far more embedded across the region than is commonly thought.

The rise of meth consumption in South Africa

Meth consumption has a long history in South Africa, dating back to the early days of the democratic transition (and with roots in the apartheid period). The first meth laboratory was seized in South Africa in 1998, shortly after the use of meth was first detected in Cape Town (where it is known as “tik”). By 2005, eight years after its appearance, meth became the primary substance of use among all people who use drugs (PWUD) in the Western Cape province, surpassing methaqualone (Mandrax), cannabis (dagga) and even alcohol. Today, meth is still the most common drug of choice in the Western and Eastern Cape and the second most common in the Northern Cape, North West and Free State.

Today, South African meth is sourced from three major supply chains. The first originates in Nigeria and is imported by Nigerian syndicates, although since 2016 these syndicates appear to have been producing meth in Nigeria itself, allegedly in cooperation with at least one of the Mexican cartels, according to interviews with Nigerian and other local meth distributors in South Africa. High-quality Nigerian-made crystal meth has flooded the South African market and is known among PWUD as “Mexican meth” due to the alleged Mexican connection.

A second, locally manufactured supply also serves domestic and regional markets. This supply is linked to Chinese syndicate interests and originates in the greater Johannesburg area. However, the number of clandestine domestic meth laboratories detected by the South African Police Services has decreased significantly over the past six years. This appears to correspond with information from suppliers in Gauteng and the Western Cape who indicate that Chinese-supported meth production has declined in South Africa in recent years. (This gradual decrease in domestic South African meth manufacture, and the rise of industrial production locations in West Africa that are supplying the South African meth market, is a finding also supported by UN, Interpol and US sources.)

A third international flow of meth to South Africa came to light in South Africa’s domestic meth markets in late 2019, particularly in the Western Cape. This is a meth supply chain that originates in the Afghanistan–Pakistan border region, with interviewees calling the product “Pakistani meth”. The emergence of this new source of meth follows a significant shift to the production of meth in Afghanistan’s opium-poppy growing south-west provinces along the borders with Iran and Pakistan.

The existence of this new “Pakistani meth” supply was confirmed by several Cape Town users and distributors during research conducted by our team at the Global Initiative Against Transnational Organised Crime (GI-TOC) in August 2020. Mixed seizures of meth and heroin shipments along the “southern route” – usually used to traffic heroin from the Pakistan coast to East and southern Africa – also suggested that this route was increasingly being used for meth trafficking.

Since our first report on this new flow, more than a dozen sources, including both intermediate and high-level meth importers as well as rival (Nigerian) importers, have now confirmed the existence of a Pakistani-controlled meth flow. Eight distributors in the Western Cape area made (unprompted) claims that a new Pakistan-based meth supply chain was feeding the South African market.

One informant stated that this Pakistani meth supply had “hit the Cape big time”. Another South African-based importer confirmed that he placed his Afghan meth orders by phone directly with intermediaries in Pakistan.

Dozens of PWUD in South Africa have confirmed that this “new” meth is clearly different in texture, purity and synthesis base (in that this type of meth is derived from the ephedra plant, which grows widely in Afghanistan, rather than other common chemical precursors) to other supplies. No other meth supply chain was ever identified in any of the interviews throughout the research period (May to November 2020) other than the three described above: domestic meth (Chinese-supported), Mexican meth (Nigeria-based) and the new Afghani meth.

The types of meth are visually distinctive: Mexican meth appears to be consistently clean, translucent and pure. Pakistani meth, which is ephedra based, appears in the marketplace in both large crystalline shards, similar to those of Mexican meth, as well as in batches of smaller “crushed ice” crystals that can be oily and often retain a yellow or brown hue (i.e. unrinsed meth).

The quality of this new meth can be variable, according to PWUD in South Africa, but normally is comparable to the best Mexican meth – an attribute that has increased demand for the new supply. Locally produced South African meth is distinguished by its generally smaller (“crushed ice”) crystal size, a more regular whiteish or duller, cloudy appearance and the irregular presence of large crystalline shards. This is perceived to be of lower quality and there is a strong belief among PWUD that some of the local meth often is adulterated with an external agent.

Our research found two Pakistani meth supply chains into South Africa. The first runs by sea (via dhows, Indian Ocean fishing vessels) to a Middle Eastern nation, from which it then transits via a popular air hub on board a regularly scheduled passenger flight. The first routing appears to involve the supply of small amounts at a time (perhaps in the low tens of kilogrammes), most likely destined for a single local Cape Town syndicate.

The second route is by sea (by both dhow and container ship) to the Angoche–Pemba coastline area in the north of Mozambique, then overland to Johannesburg and Cape Town in South Africa. This route sees meth supplied in volumes of hundreds of kilogrammes, as evidenced by increased meth seizures — primarily by the international naval force CTF 150 — in the western Indian Ocean region, including off the coast of eastern and southern Africa and seizures of combined shipments of meth and Afghan heroin.

In October 2020, CTF 150 seized 450kg of meth from a dhow heading for the East African coast – a record for the amount of meth seized in a single instance. In November 2020, the Yemeni Coast Guard, with assistance from the Arab coalition forces, seized a dhow carrying 216kg of meth. Another large seizure of heroin, meth and hashish was made in the Arabian Sea in February 2021. No seizures of similar shipments were reported before late 2019.

Pakistani meth is also being reported in other regions. Sri Lankan, Indonesian and Australian authorities have confirmed seizures of Afghan meth shipments, while reports of meth importation by Pakistani and Iranian crews have been verified in Tanzania and Mozambique. In Mozambique, chemical analysis conducted on samples of this new meth supply has confirmed its origin to be Afghanistan, according to a senior law enforcement source.

With the establishment of the new Pakistani meth supply chain, southern Africa is now a node in the global meth supply chain connecting both the cartels of Mexico in the west (via the Nigerian syndicates) and the Taliban-controlled provinces of Afghanistan in the east, where the meth imported via Pakistan is originally produced.

This evolution should not be a surprise. South Africa’s synthetic drugs market has a long history and has grown to be one of the largest meth consumer markets in the country – and is still growing. In the region as elsewhere, meth markets have been driven, among other factors, by urban decay and criminal governance in communities that have long been marginalised.

The repercussions of the Covid-19 pandemic and the economic consequences of lockdown may push these communities further to the margins. This confluence of factors looks set to sustain and increase the market for synthetic drugs, including meth, across East and southern Africa in the near future. DM

The research presented in this article is drawn from ‘A Synthetic Age: The Evolution of Methamphetamine Markets in Eastern and Southern Africa’, a new research report by Jason Eligh for the GI-TOC’s Observatory of Illicit Economies in East and Southern Africa.