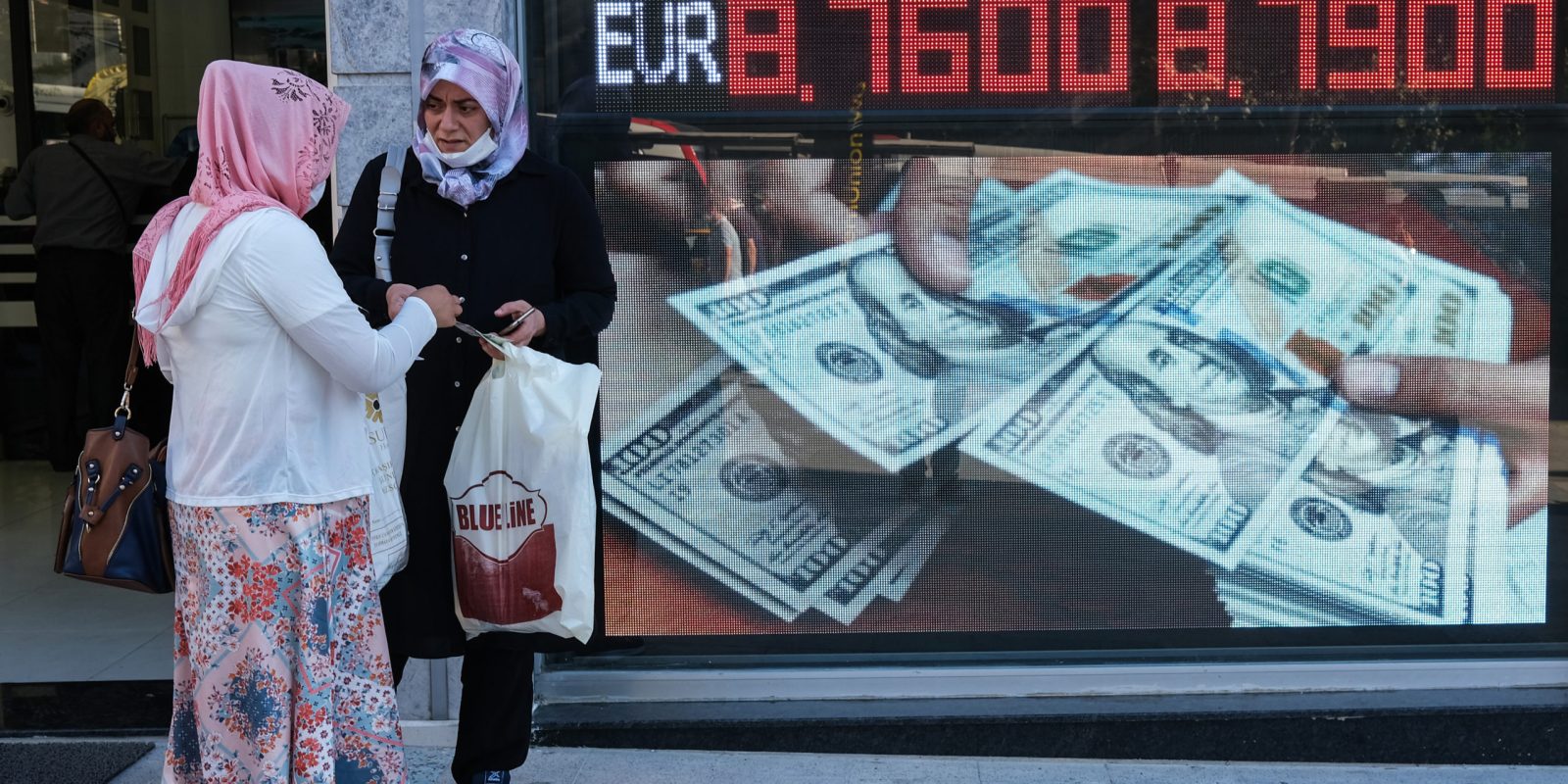 News that Turkey’s central bank governor was fired by President Erdoğan last weekend shook investors across the globe and sent the lira plummeting. In 2013, when the most vulnerable emerging markets were labelled the Fragile Five, there would have been widespread contagion. This time, however, Turkey looks like it will take the beating alone.

Turkey looks set to regain its Fragile Five emerging market status, alongside South Africa, after its president announced at the weekend that he was firing the central bank governor – the third to lose his job in less than two years.

This time the governor was ousted because he hiked the official interest rate by two percentage points last week – a move both the president and the new incumbent believe will raise inflation; a belief that is completely contrary to mainstream economic thinking.

As a result, the Turkish lira sold off sharply on Monday, falling off its hard-won perch as the best-performing emerging market currency this year. Stocks plunged and the country’s bond yields rose the most on record.

The move reverses the significant ground the Turkish economy has made up since the Fragile Five moniker was introduced by Morgan Stanley CEO James Lord in 2013, to describe the most vulnerable economies at that time. These were Brazil, India, South Africa, Turkey and Indonesia.

At the time, the biggest concerns regarding the economies of these five countries included the elevated inflation rates, overvalued exchange rates and sizable current account deficits.

Since the emerging market contagion that took hold in 2013, however, the economic dynamics of these countries have changed considerably. So much so, that Turkey was no longer considered a fragile economy by HSBC, which identified the four emerging markets it viewed as most fragile in early March.

According to The Economist, the bank’s bond strategists identified these as Brazil, Indonesia, Mexico and South Africa. Notably absent from the original five were Turkey and India, with Mexico being a new entrant.

With the latest policy upheaval in Turkey, the country has put itself at risk of regaining its former classification as one of the world’s most vulnerable emerging markets.

Turkey’s inflation rate is 16% and the former governor’s decision to raise interest rates was done for good reason: to get real interest rates back into positive territory. With him gone, the expectation is that the new governor will reverse the entire rate increase at the bank’s next meeting in mid-April.

Hardest hit is expected to be the currency as foreigners disinvest in a panic now – and later because the policymakers have undermined the country’s investment status as a free market economy.

From an economic perspective, the concern is that the country doesn’t have sufficient reserves to stabilise an unbridled sell-off in the lira, and thus there is speculation that the government may end up introducing capital controls.

What does this mean for the others in the Fragile Five grouping? Fortunately, conditions are markedly different to seven years ago when the moniker was initially introduced. Inflation is stable and lower in the other four emerging market countries, their currencies are no longer considered overvalued and current accounts are in surplus.

So the scorecard has improved in these areas. But clearly, vulnerabilities still exist and, in South Africa and the others, of most concern are the high levels of government indebtedness, exacerbated by Covid-19 fiscal support packages, pandemic-weakened economies and the prospect of rising rates eroding their yield-premium investment appeal.

Some economists are also concerned that the surplus current accounts don’t reflect the real picture, thinking that the pandemic has disrupted foreign trade flows and, as such, the positive state of the current accounts may not prove long-lasting.

Fortunately, though, the early indications are that Turkey’s woes are unlikely to trigger a broader contagion across the emerging markets, as has been the case in previous crises.

The decisions taken by the president and the likely fallout are expected to be one-off events that won’t dent current risk-on sentiment in the wake of the dovish US Fed and European Central Bank stances.

As a result, the rand depreciated slightly on the news emanating from Turkey but remained below the R15-to-the-dollar level on Tuesday. That is a drop in the ocean compared to what the domestic currency did during the 2013 emerging market sell-off.

With Brazil and Russia also increasing interest rates, and South Africa likely to increase its repo rate at some point this year as consumer inflation heads for 5%, emerging markets look set to decouple from the lower-for-longer developed market monetary policy stances.

In that event, the yield gap that has held up demand for emerging market assets in a yield-starved world may continue to hold until a taper tantrum does actually emerge.

Until then, countries that remain predictable and stable from a policy and economic stance stand to benefit, South Africa included. BM/DM