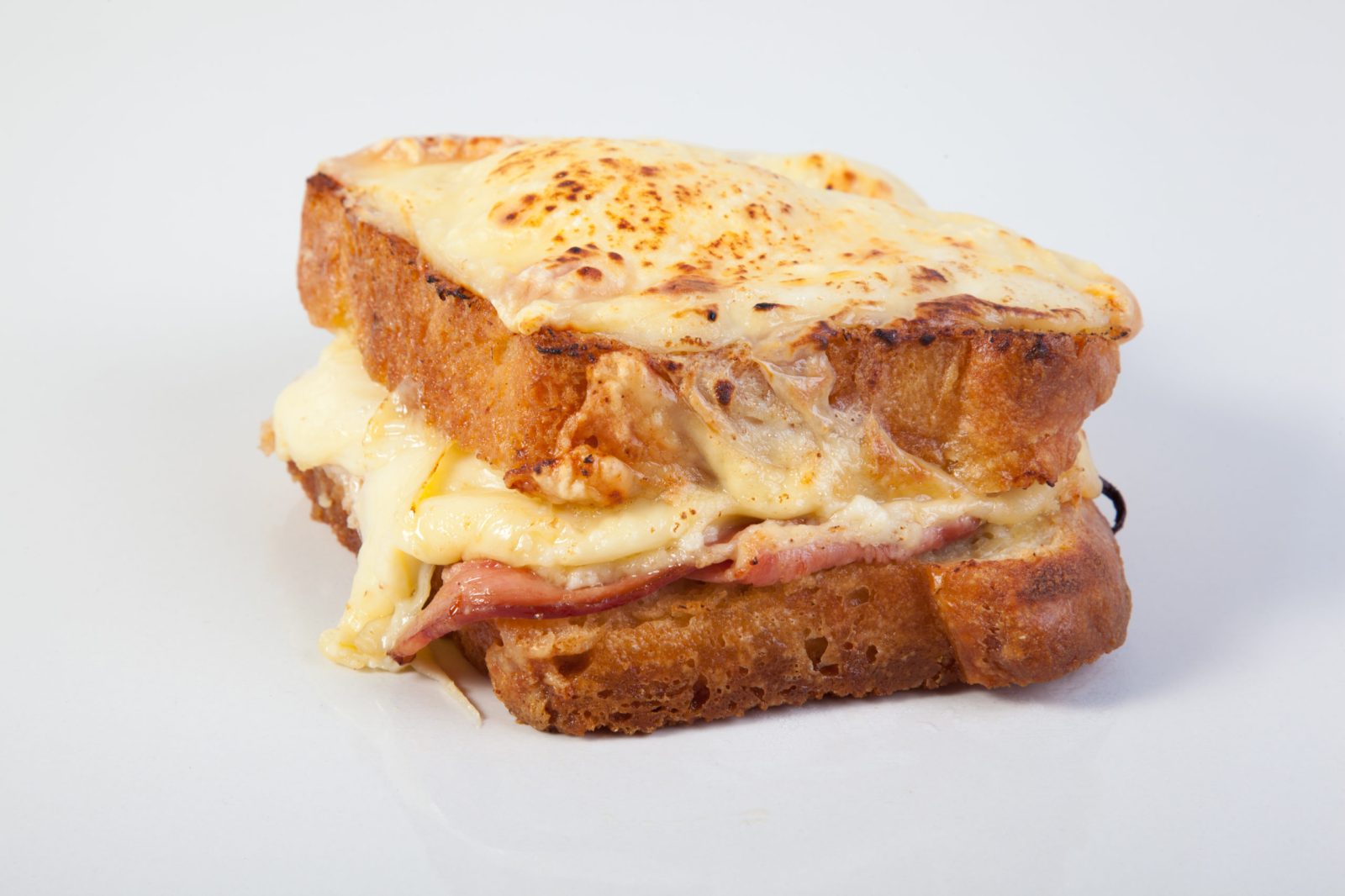 Let’s hope so, writes Tony Jackman, who spent his week trying to master the Parisian speciality and improve his Franglais.

My first Croque Monsieur was a crock. It was the sort of Croque Monsieur that would have had your French Grand-Mére hissing at you and sticking pins in the effigy she made of you the last time you burnt an omelette. And it fell far short of the ones I had eaten in Paris years earlier, sitting in a little park and delighting in the way the cheese and béchamel oozed into the bread and the Dijon mustard flavour somehow infused it all, the way the slices of jambon became a part of everything else, and the way it all came together into this wonderful thing they call a Croque Monsieur.

It’s not just a ham and cheese sandwich. Who fries a sandwich? Yes, they’re fried. And then grilled.

For my first one, I used what I laughingly called common sense. You butter the bread, obviously, then put ham on it, then cheese, more bread, grill it and… voila! … you have a ham and cheese sandwich. Not a Croque Monsieur at all. Non! (Is that the sound of Grand-Mére sharpening her knives I hear?)

I started to research. Hit Google. Béchamel. Aha! Of course. How could I be so, so … so… unFrench?

I told my colleague Emilie Gambade, who is not only French but Parisian, how I had made it and she said non, non, non … let me consult my sister and grandmother in France, they are experts. Eek. (Eeque?)

Grand-Mére and soeur replied in due course.

I had used the wrong bread; got all fancy. It’s meant to be your ordinary old shop-bought loaf wrapped in plastic, as simple as that. What the French call pain de mie. The top doesn’t have ham, only cheese (I had put ham on top too, because I am greedy). The butter must be on the outside of the tranche de pain (slice of bread), with la béchamel on the first (lower) slice. Sur la béchamel tu poses le jambon (on the sauce you put the ham), I was informed, on that you put du fromage rȃpé (grated cheese), then the second tranche de pain, côte beurre a l exterieur (the other slice, buttered on the outside), and at last the final fromage rȃpé.

However. And it’s a big however…

I then watched all manner of supposedly expert videos on how to make a proper Croque Monsieur, and trust me, not one of them concurs with any of the others. It’s a free-for-all, guys. (Don’t tell Grand-Mére.)

A host of them use slices of cheese, not grated. Many of them say you must, on pain of death, also put la béchamel on the top slice and then du fromage rȃpé on that. Many more say non non non, only la fromage must be a l exterieur!

It transpires that there are some rules:

The butter must be on the outside of the bread.

The béchamel must be smeared on the dry (inside) slice of the bread.

The Dijon mustard goes … actually, nobody seems to know where to put the mustard, but there was mustard in the Croques Monsieur I’ve eaten in Paris and it has to go somewhere so I have decided that it goes right onto the dry bread before you put the béchamel there. So we have already broken one rule. I suppose you could smear it on the ham. Or incorporate it into the béchamel.

In the end, when I finally found the courage to revisit the recipe this week, after careful deliberating, the watching of many YouTube videos by a slew of experts, none of whom agreed with any of the others, and in the full knowledge that by dint of being a foreigner I was risking scorn and an armoury of pins being stuck in an army of effigies by legions of outraged les Grands-Méres (and yes, I checked the plural of Grand-Mére and that is it), the recipe on this page is the one I like to think I perfected. (My palate, which I trust with my life, loved it.)

It’s easy for me to say this but it honestly did taste like the real deal. The cheese I used was Emmental, and yes, my research did show that this is a suitable cheese for a Croque Monsieur, although Gruyère is more commonly used. In any event, they’re both Swiss. I did use two layers of la béchamel, which I admit is nontraditional and earns me extra effigy pins. Nor did I use store-bought plain South African tranches de pain. I persuaded my wife to make a simple white loaf instead, because it would (and does) look better in the pictures.

In fact, it looks much like many of the cheffy versions I saw in YouTube videos this week. Now if you’ll excuse me, I’m off to my bunker. DM/TGIFood