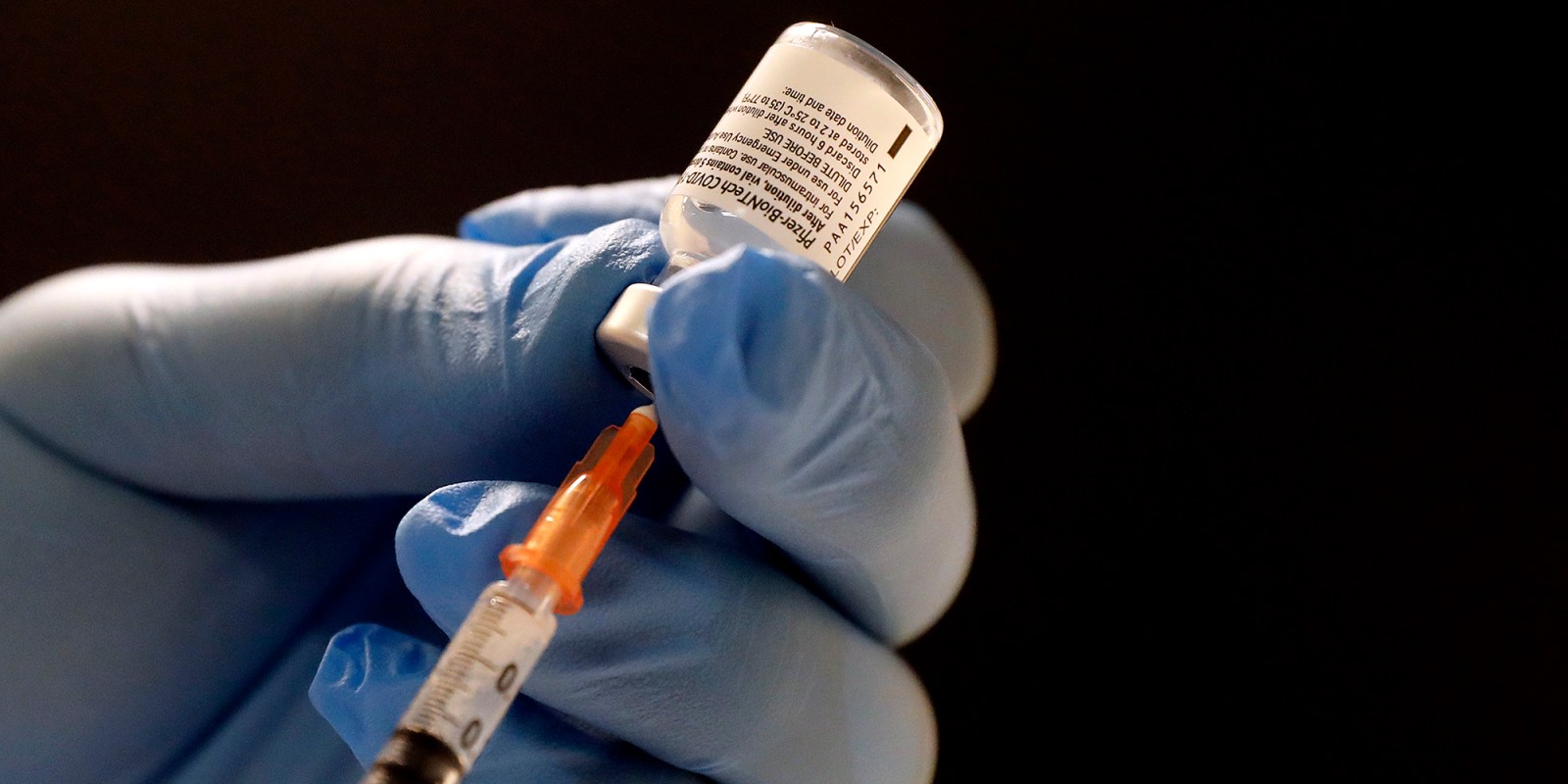 The South African Health Products Regulatory Authority (Sahpra) has approved the Covid-19 vaccine developed by Pfizer and BioNTech for use in South Africa.

The approval is dependent on the guarantee of more safety and efficacy surveillance of the vaccine in South Africa. This will include how it fares against the variant 501Y.V2.

Pfizer and BioNTech applied for their vaccine to be approved through Section 21 of the Medicines and Related Substance Act, Act 101 of 1965. This allows for unregistered products to be sold in South Africa. The person who sells the medicine has to provide regular safety updates and progress reports on the use of the medicine to Sahpra.

There are three ways in which SA can legally roll out vaccines, said the co-chair of the Ministerial Advisory Committee on Covid-19, Professor Salim Abdool Karim.

The first is when a Phase Three study is used – this is an implementation study and no placebo is used because the vaccine is known to be efficacious and real-world effectiveness is being tested. This is how the Johnson & Johnson vaccine is being rolled out.

“The research component of this is actually quite small, so it’s really a roll-out programme, but it’s done in the context of research,” Karim said.

This has the added benefit of being able to closely monitor safety, but it has limitations. Because there is a research component, only individuals approved by Sahpra can dispense the vaccine.

The second roll-out option is through a Section 21 approval. “This is quite a restricted approval because you can only use the vaccines in the way in which you have applied for and the number of doses applied for,” Karim said.

The big advantage of this is that any pharmacist can dispense this vaccine.

The final option is full registration, which has no restrictions. The product is dispensed according to the schedule. Most vaccines are Schedule Three or Four, and therefore do not require a prescription

“Once you have a Section 21, you can really start ramping up,” Karim said. The Pfizer vaccine is expected in South Africa in April, so the next few weeks are likely to be spent getting the system “up and running” to handle the cold-chain requirements of this vaccine.

All vaccines that come into South Africa must follow the phases of the Covid-19 vaccine roll-out plan, he said. Phase One must be completed before moving on to Phase Two; therefore he expected the Pfizer vaccines to be administered to healthcare workers.

Karim said the initial estimate of healthcare workers in SA was 1.25 million, but recently this had been adjusted to below one million. By Tuesday 147,753 had been vaccinated.

He was confident that South Africa is prepared to administer the Pfizer vaccine. The initial roll-out with the Johnson & Johnson vaccine had been “incredibly helpful” to prepare the country, he said.

Karim has visited four vaccination sites to help with the roll-out and witnessed all the “kinks in the system”.

“This experience means South Africa is in a much better position. If we had to start with Pfizer we would have been struggling, because it has the cold-chain problem and then all our teething problems. Now the teething problems are over and we can concentrate on maintaining the cold chain.”

South Africa has secured 20 million doses of the Pfizer and BioNTech Covid-19 vaccine through bilateral negotiations and hopes to get 117,000 doses before the end of March through the Covax facility.

Pfizer and BioNTech’s Covid-19 vaccine, called Comirnaty, is made of two doses given three weeks apart. On 19 February the companies announced that it could be stored at between -25℃ and -15℃ and not at -70℃ as previously required.

In November 2020 it was announced that the vaccine has 95% efficacy against severe disease and death caused by the novel coronavirus. It is not yet known how effective the vaccine will be against 501Y.v2, the dominant variant in South Africa.

The Ministerial Advisory Committee on Vaccines has recommended that the Johnson & Johnson, Pfizer and Moderna vaccines should be used now, Health Minister Dr Zweli Mkhize told Parliament on Tuesday 23 February. He added that orders have been placed with Pfizer.

Furthermore, the Department of Health and the Treasury have proposed a mechanism that will compensate any citizen who experiences an “adverse effect” from the Johnson & Johnson or Pfizer vaccine, he said.

On Thursday 25 February, Mkhize informed the National Council of Provinces that universities were prepared to loan specialised freezers and Pfizer would supply special storage units. He added that a team was working on how to store and distribute these vaccines.

However, in January the Department of Health said only a small volume of this vaccine would be bought because of “limited commercial ultra-low cold-chain storage”. DM/MC