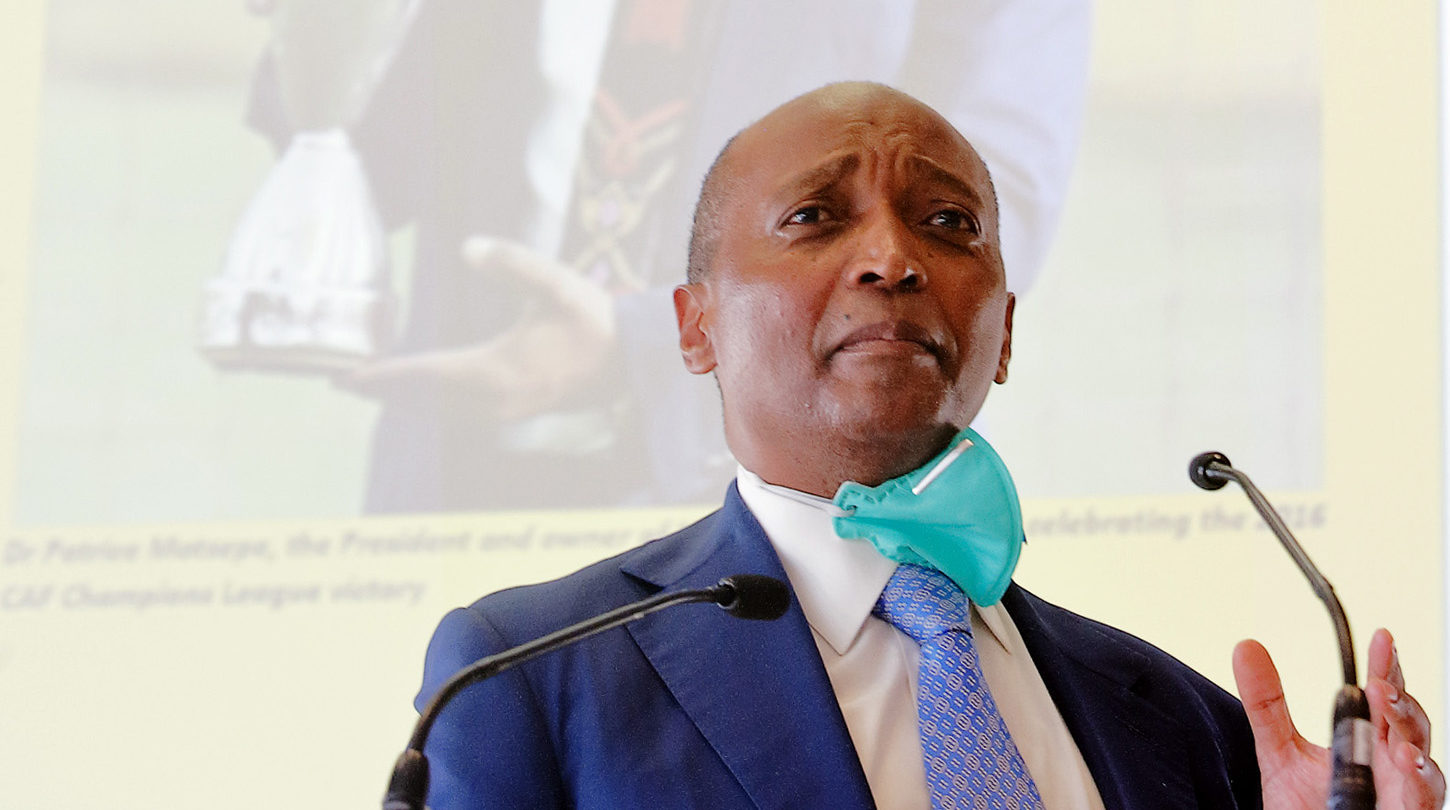 Patrice Motsepe, the newly elected Confederation of African Football (CAF) president, is confident he can transform the troubled organisation for the better.

South African businessman Patrice Motsepe and his team of choice face a mammoth and somewhat unenviable task of trying to clean up the image of the top football body on the continent.

The organisation has, in recent years, been plagued by allegations of corruption. There have also been claims that power-hungry individuals are using the platform they have been given for their own benefit. The most recent example of this is Motsepe’s predecessor, Ahmad Ahmad, who was sanctioned by Fifa for similar misdemeanours while in office.

There has been much fanfare around Motsepe’s ascendence to the pinnacle of African football administration. There was a similar air when Ahmad won the 2017 election, ending Issa Hayatou’s dictatorship-like reign of 29 years.

The end of Ahmad’s tenure is a bitter pill to swallow for those who backed him to rejuvenate the organisation.

Speaking at Motsepe’s ‘coronation’ last week in Rabat, Morocco, the head of the CAF finance committee, Fouzi Lekjaa, painted a grim picture of the task that awaits skipper Motsepe and his team.

“The new team (Motsepe and his leadership allies) needs to double or treble the revenue of CAF. I don’t want to be alarmist, but the figures can’t be interpreted any other way,’” said Lekjaa.

Motsepe, who is worth more than $2.9-billion (R43-billion) according to Forbes, is ready for the challenges at hand.

“The work has really begun. We know, we are football people, we need results, we need to score goals. At the end of the 90 minutes, we need to win. We will win. We will succeed,” said an assured Motsepe, speaking at his homecoming media conference in Sandton on Tuesday.

The business magnate has always stressed that whether it is to do with his involvement in mining or football, he values people who can guide and advise him to the benefit of the bigger picture.

The new CAF president said he would tap into the knowledge of those around him in order to succeed. One particularly sticky issue that he needs to resolve swiftly concerns broadcast rights.

CAF cancelled the broadcast partnership it had with French company, Lagardere Sports. Since then, there has been a blackout of competitions including the Africa Cup of Nations qualifiers, CAF Champions League as well as the CAF Confederation Cup.

“That (broadcast revenue) is over $200-million that has been lost by African football. So, we place before you your first and immediate challenge… to get African football back on African channels,” said South African Football Association (Safa) president, Danny Jordaan.

“It is the only continent in the world where its broadcasters are not televising its matches. So, it’s something that we have to address.”

Motsepe said he would be searching far and wide for individuals and companies that might be willing to help prop up CAF and, as a result, football on the continent.

“I am going to keep looking for some of the best, smartest Africans. We have Africans in China, in Japan. We always think of Africans in America and in Europe. We want them to partner with us so that we can do African football better. We will keep engaging with them,” said the 59-year-old Motsepe.

One area Motsepe is passionate about is women’s football. Bloemfontein Celtic and Mamelodi Sundowns – of which he is now a former president – are the only two Premier Soccer League (PSL) sides with women’s teams. And Motsepe wants to help enhance the quality of the women’s game on the continent, with an eye on the ultimate prize.

“We want women’s football, in the period of my presidency, to be significantly growing, progressing and prospering. Someone was saying to me, we could actually have an African nation winning the Fifa Women’s World Cup before we have a male team doing so,” said Motsepe.

The warm-ups are done, the referee has blown the whistle to start the match and the spectators are on their feet and cheering in anticipation of Motsepe United’s performance.

The man at the centre of it all is confident of a good result.

“I will not be the president of an organisation which, in four years, will not have made significant, tangible, practical and accessible progress. It will not happen,” said Motsepe. DM