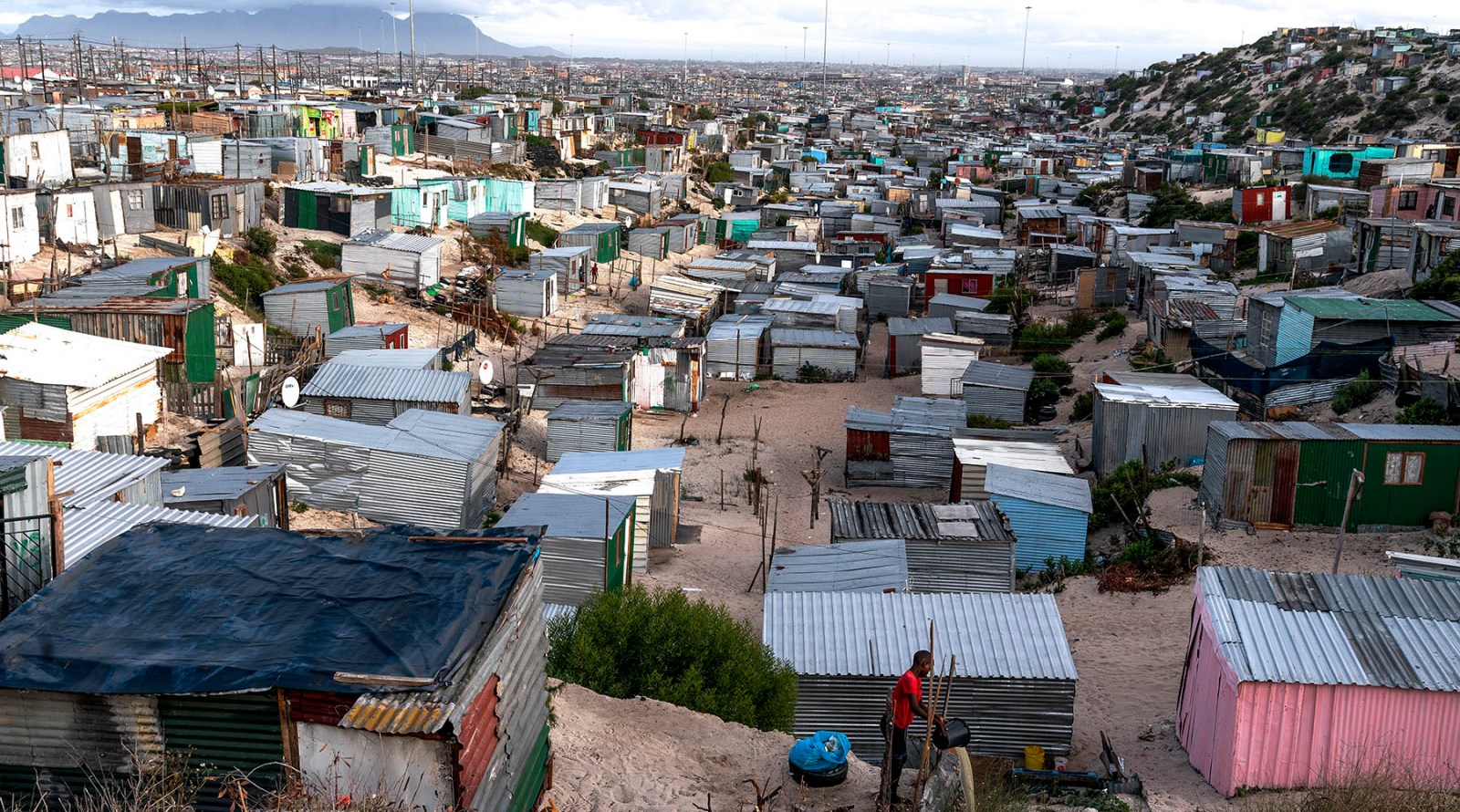 It is alarming that the municipal leaders of South Africa’s most spatially divided city believe they do not have a legal, as well as moral, duty to reverse spatial apartheid in the region where it was most brutally implemented.

Despite their stated commitment to spatial redress, both the Western Cape provincial government and the City of Cape Town were back in court on Friday, 12 March, arguing for leave to appeal “the Tafelberg judgment” – a high court ruling that has been celebrated by housing activists for its potential to redress the shameful and divisive legacy of spatial apartheid in Cape Town. Their arguments raise serious concerns about the state’s understanding of how to use well-located land to begin reversing the legacy of spatial injustice that continues to shape our city.

There is a game that land and housing activists play to think about spatial injustice. Players are divided into four sections of a room, with more people crowded at the back and everyone instructed to throw two balls into a basket that’s placed at the front. If your ball goes in, you may move forward. If not, you stay where you are.

It is obvious that the game’s unfair design symbolises the legacy of segregation and inequality resulting from spatial apartheid in Cape Town. Its structure represents the patterns put in place by generations of discriminatory laws and policy, including the 1950 Group Areas Act. The basket represents the inner city, which remains our economic centre, rich in work opportunities and social amenities. The furthest zones are dense townships and informal settlements where predominantly black and coloured poor and working-class residents live, with limited or no access to employment opportunities, or safe and dignified social amenities or public services. The balls are resources: time, energy, and money people can use to try to “hit” the opportunity target of that basket in the front.

After playing, facilitators often ask players to discuss how one could make this game fairer. There are numerous possible answers, but the first and most patently necessary is to bring some of the people playing at the back forward, closer to the initial basket and the opportunities it represents. We’ve played this with academics and activists, spatial planners and politicians, and everyone recognises this. With the landmark Tafelberg judgment last year, the Western Cape High Court agreed.

On 31 August 2020, judges Patrick Gamble and Monde Samela effectively told the province and the city that they have to “bring people forward” by developing social housing in central Cape Town. This was a pivotal ruling in favour of the applicants, Reclaim the City, one that reinforces the inherent connection between housing and spatial justice. Yet it is primarily this point that both state parties refuse to accept. If the province and city both say they are committed to spatial transformation, why are they using public resources to appeal a judgment that demands exactly that?

The province argued that there is no obligation to specifically unlock public land for the purposes of providing affordable housing in well-located areas. The city similarly argued that current legislation places no obligation on it to redress spatial apartheid through providing housing in central Cape Town – adding that this can be achieved through housing delivery across the city. This position misses the point about what addressing spatial apartheid through spatially targeted parcels of land entails, and more concerningly, also serves to entrench an unequal status quo. It is alarming that the municipal leaders of South Africa’s most spatially divided city believe they do not have a legal as well as moral duty to reverse spatial apartheid in the region where it was most brutally implemented.

Both the city and the province also defended their record of social housing provision in the leave to appeal application, despite the reality that the state at all levels has failed to provide a single affordable home in the inner city since 1994. In arguments, counsel for the province went so far as to say that their better-located “pipeline” projects are good enough to meet obligations. In truth, these have been stalling for years. People cannot live in pipelines any more than on waiting lists.

This point becomes plain when we look to another part of the ongoing struggle for space in Cape Town: land occupation. In multiple recent statements, the city and province have claimed that Reclaim the City is blocking further progress on well-located social housing by occupying two strategic inner-city sites that have been earmarked for redevelopment. The city recently started the legal process to evict more than 300 poor and working-class families who call one of these – the old Woodstock Hospital – home. The occupiers, in the city’s view, have invaded land for political reasons in an illegal attempt to “queue jump”, and in violation of the constitutional rights of other “law-abiding” citizens.

However, the occupation of both Ahmed Kathrada House near the Waterfront and the Cissie Gool House in Woodstock are much more than the city has painted them. From the early days of occupation, these sites became gathering points for people in Woodstock, Sea Point, and surrounding areas who were battling similar issues. Sea Point workers struggled for years to secure affordable housing on the Tafelberg site, confronting broken promises and disappointments on the way. They fought with increasing urgency as property values in the neighbourhood rose at one of the highest rates recorded globally and evictions increased. Living in tiny, basement rooms, sometimes sharing, often restricted from living with their own children, people needed a secure space of their own in the area they considered home. At the same time, across the city, gentrification was causing a similar dynamic in historically working-class Woodstock.

As a popular educator, I wish we could facilitate the spatial injustice game with city politicians, provincial officials, and occupiers together. It would reveal that these occupations and the connected Tafelberg litigation are no play with political theatre, but a lesson in exactly how spatial injustice plays out and how we can change the rules for meaningful redress. Most occupiers are the nurses, caretakers, cleaners, security guards, domestic and store workers who might benefit from social housing in central Cape Town, if only it were built.

The patterns between occupiers’ factual experiences reflect the arguments of the early symbolic occupation, affirm the Tafelberg ruling, and prove that urgent action was needed to prevent the displacement of those who had a tentative foothold in the city’s “front zone” while simultaneously fighting for the government to bring others forward.

This is the action that Reclaim the City was forced to take four years ago. Since then, the movement has repeatedly asked both the city and province to enter discussions about possible solutions that allow for progress without pushing people out. Occupiers wish to be part of a solution. However, solutions will elude us if the state’s strategy remains so conflicting.

With the city and province arguing for leave to appeal last week, we have to ask why a state genuinely committed to spatial redress is challenging an order that, among other aspects, essentially asks them to:

Beyond an ego-driven battle of wills, what game are the city and province playing? Cape Town is trapped in a game of spatial injustice that makes winning close to impossible for the majority of residents. Building well-located social housing that brings people closer to existing opportunities has the potential to radically disrupt the cycle of inequality that our current spatial form was designed to create. The province and the city cannot claim to be for spatial transformation, while denying this central obligation to pursue redress in a way that advances equality and justice.

People need to see the government playing open cards before trust is rebuilt. Accepting the Tafelberg judgment would have been a great start. MC/DM

Kyla Hazell is an education facilitator at Ndifuna Ukwazi.