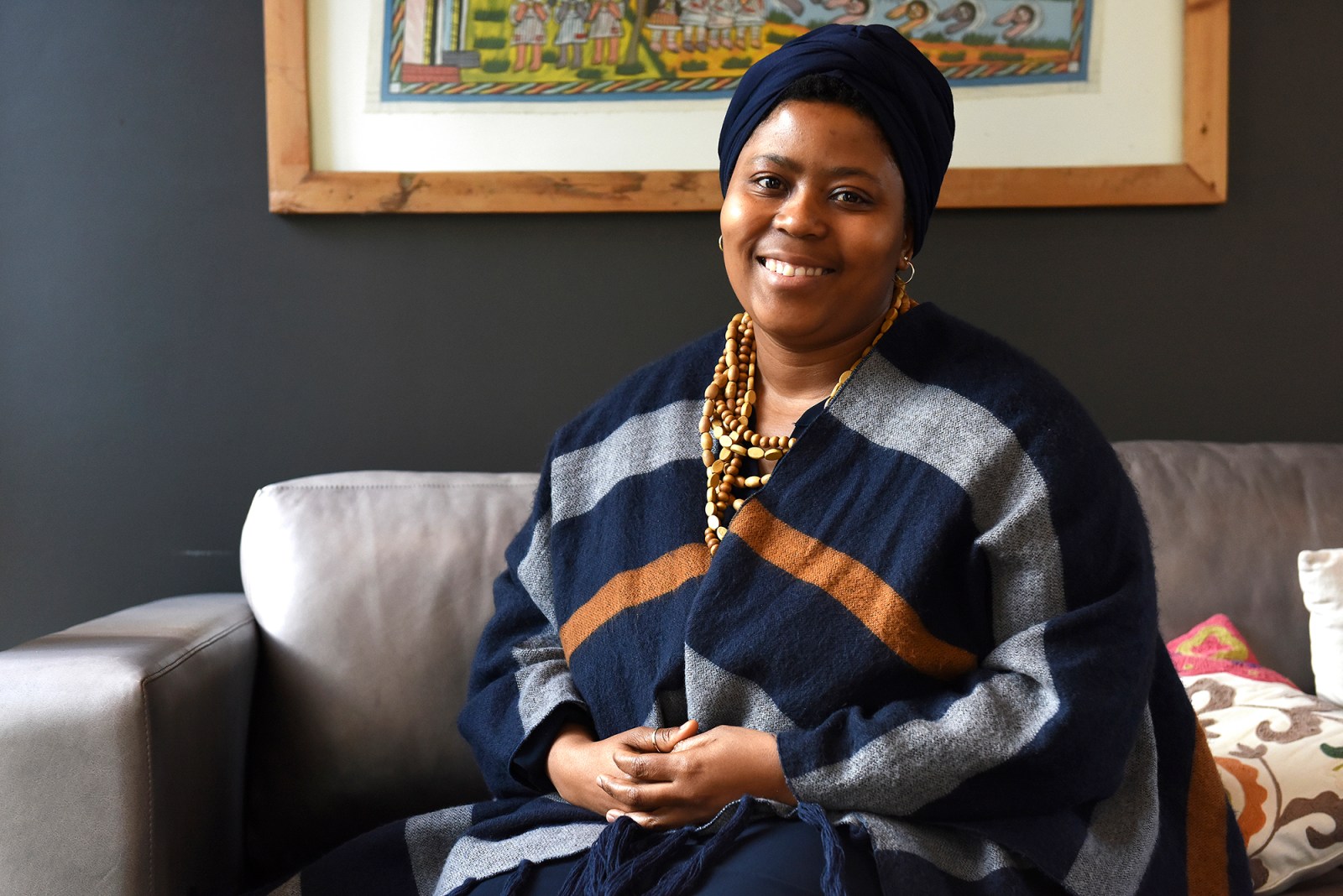 As someone with an aunt living in the rural Eastern Cape, Nolundi Luwaya wants to help fulfill the constitutional promise to recognise both customary and common law.

Nolundi Luwaya is the Director of the Land and Accountability Research Centre (Larc) based at the University of Cape Town. Larc focuses its advocacy research on the protection of customary law rights in South Africa’s former homelands and how to ensure that the country’s laws and policies do not impact unfairly on people living in the former homelands. Their areas of strategic intervention encompass land, mining and governance.

Born in Somerset West, Luwaya was raised on a farm in Fir Grove between Stellenbosch and Somerset West in the Western Cape, where her mother worked as a domestic worker and her father as a farm labourer. The farm owners paid for her basic education as well as assisted her with her University of Cape Town (UCT) fees, where she studied towards a BA Law degree.

Luwaya says that, although her parents’ employers treated her like family and integrated her into their family, there were still moments where she was reminded that she was different. She remembers a time at nine years old when she had gone with the family to the Artscape Theatre to watch a production and when she looked around, she realised she was one of only a handful of black people in the theatre. “I suddenly had a really stark understanding of ‘you are different, you look different to these people, yes, you’re here with them and there’s an absolute relationship there but you look different and if you look around the room there are not many people who look like you’.”

Growing up in Fir Grove, there were very few black people to interact with even in school and so when she went to UCT she felt like she had finally found her “tribe”: it was the first time she had the experience of having a group of only black friends, she says. “It was a complete mind, thought and experiential kind of liberation and switch to come to UCT and to be surrounded by people from such diverse backgrounds,” she recalls.

Luwaya says she chose to study law after taking an aptitude test in high school and having read biographies of well-known struggle lawyers like Albie Sachs and Arthur Chaskalson. She says what intrigues her about law is trying to figure out what kind of wiring it takes to do the difficult work that demands a lot of a person and “that asks you to be brave when you don’t feel brave, that asks you to be honest when perhaps it’s not easy to be honest and that asks you to find a set of principles and asks you to stand by them even in the hardest times”.

Luwaya says that what struck her about the structure of the law degree is that she felt that it was missing elements that would reflect black people’s experience, which is that of straddling two worlds. In one, you grow up in an urban area for schooling and work, then return home to rural areas where the rest of your family is. This is when she says she became interested in customary law, which she said was, disappointingly, only one module in her degree.

After her final year she was recruited by her former lecturer as a junior researcher into the Rural Women’s Action Research Project, which later grew into Larc, based at UCT.

Speaking of the work she does at Larc, Luwaya says: “It offers an opportunity to centre elements of people’s identities, their cultures and their experiences as South Africans that are often [seen as] peripheral.”

Luwaya says that as someone who has an aunt living in the rural Eastern Cape it is really important to figure out how to honour the constitutional promise to recognise both customary and common law tangibly.

“I subscribe to a school of thought that really believes in the idea of building towards a South African legal system that doesn’t draw such hard and fast partitions between the common law and customary law but rather draws on both to build a system of law that serves everybody and that integrates everybody’s reality and lived experiences,” says Luwaya.

One of the cases Larc has been involved in advocates the rights of people living in the former homelands. The law in question is the Traditional Khoi-San Leadership Act, which comes into law on 1 April 2021.

Luwaya explains that the former homelands were created according to artificial apartheid boundaries and, as such, were inaccurate and forced a lot of people to be subject to traditional leadership that they did not ascribe to. Yet this is not recognised or rectified in the Act.

Another point of contention is that the Act gives traditional leaders power over rural land and to enter into agreements without community consultation. This is particularly worrying in cases such as mining disputes, in which communities might find themselves being relocated and dispossessed of their land. Luwaya says Larc would continue to challenge the Act through the courts.

“I think the kind of work that we’re trying to do, integrated action research work, uses research as a tool for advocacy and as a tool to advance social justice and offers a prime opportunity for both the ‘academy’ and the ‘real world’. It’s a form of research that is responsive to the issues and challenges facing communities as opposed to a more ivory tower, theoretical type of research,” she says. DM168