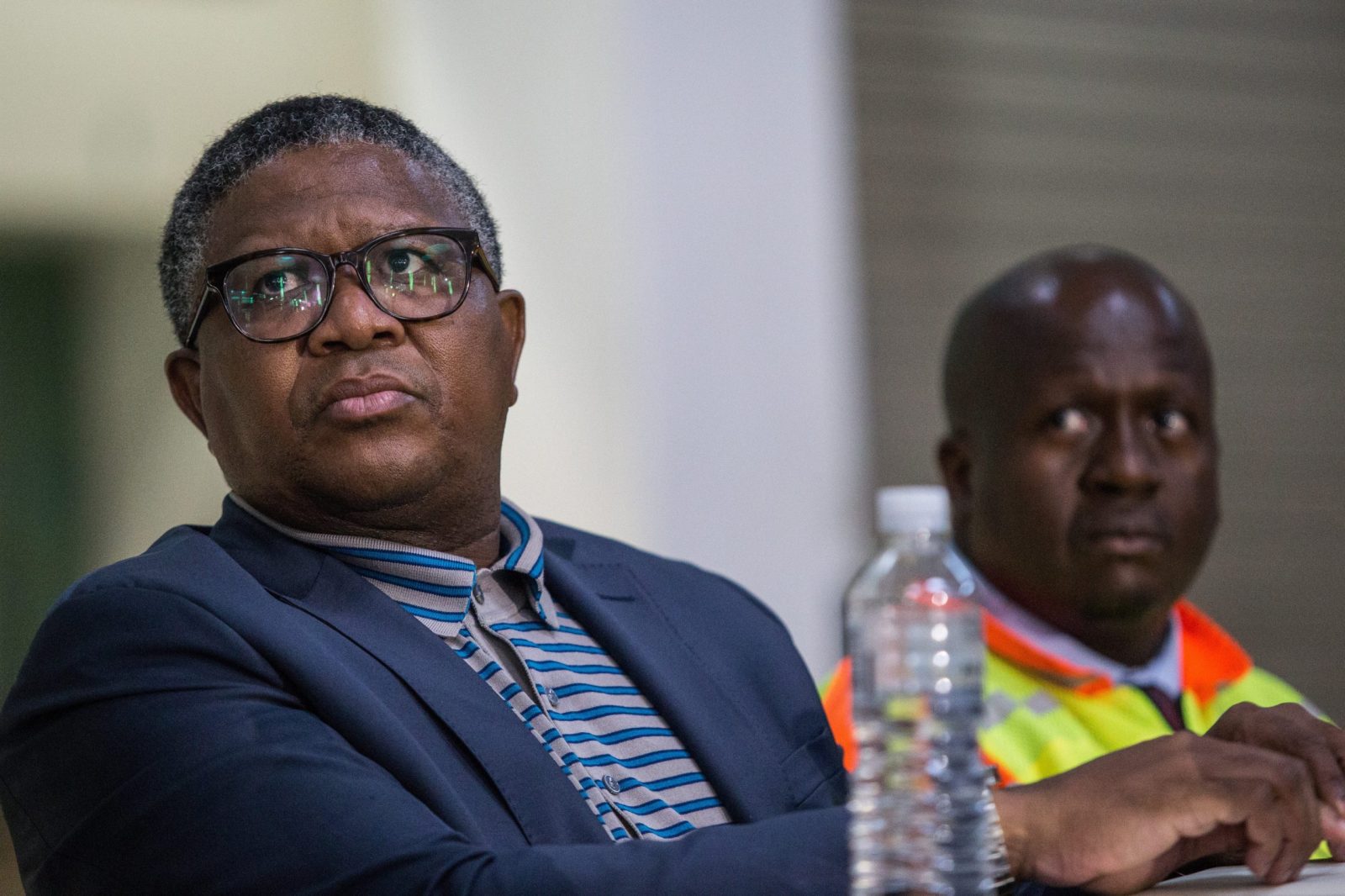 Ongoing Prasa sideshow drawing attention away from the fact that SA trains are nowhere closer to running on time or even at all.

Prasa has blundered again. But this time the Minister of Transport and the board have chosen to blame the media for its latest blooper, in particular GroundUp (as well as Daily Maverick for republishing our story), accusing us of being “embedded” (whatever that means), “creating a media frenzy”, “ignorance”, and launching “an assault to the image of the Fourth Estate”.

Here are the facts:

On 27 February Minister of Transport Fikile Mbalula announced the appointment of a new Prasa CEO, Zolani Matthews. He would be the first permanent CEO at Prasa since 2015.

On Friday we reported that Matthews is 64 years old. But Prasa’s Remuneration and Benefits Policy states: “Subject to the provisions of the approved Retirement/ Provident Funds, an employee shall retire on attaining the age of 63 years … Employees may, however, on request and with the consent of Management remain in the service after attaining the age of 63 years on contract basis, provided that the operational needs of the Company require that an employee’s services be retained.”

This is clear. Matthews, cannot take up the role to which he has been announced — permanent non-acting CEO — unless Prasa changes its policy, which the unions may not be happy with. It can make a specific exception for Matthews based on the argument that he offers a unique skill set. But although Matthews’s CV isn’t bad, he has no rail experience and no experience as the boss of a very large organisation, let alone one that requires intensive turnaround. It’s unclear what qualifies him to be the CEO of Prasa. (It’s also in the public interest to know that he is Minister Naledi Pandor’s brother.)

GroundUp simply reported the facts above, which are accurate and in the public interest.

At a press conference on Monday, Prasa board member Smanga Sethene, in answer to questions, attempted to explain away the situation.

For example, he appeared to argue that the recruitment policy doesn’t speak to age. But this is incorrect. Prasa’s recruitment policy states: “All job offers must be in line with the Remuneration and Benefits Policy of Prasa and any requested deviation will be subject to prior approval by the accounting authority of Prasa.”

Sethene also appeared to indicate that Prasa was getting around the policy by appointing Matthews on a fixed-term contract. But Matthews was emphatically described by Mbalula as the agency’s first permanent CEO in more than five years.

Sethene even admitted, “We didn’t check how old he was.”

Since GroundUp started we have reported on the deteriorating state of commuter rail and the grand-scale corruption and incompetence at Prasa. By those standards, the error made by Prasa with the new CEO’s age seems minor. Yet it is on this issue that Prasa’s board and Minister Mbalula have attacked us. Why?

Perhaps because Minister Mbalula’s appointment last year of an Administrator was unlawful and overturned in court, and there is now a sense of déjà vu? Or perhaps because, as we pointed out on Friday, it had been a bad week for Prasa: two courts ordered the rail agency to reinstate dismissed employees, and Parliament gave Prasa’s bigwigs a tongue-lashing.

And the trains still don’t run on time, or even run at all

Yet this is all a sideshow next to the issue that matters: the grand-scale theft and incompetence at Prasa mean that the train system barely works, leaving hundreds of thousands of commuters without what was once their best option for travelling to and from work (or leisure). Cape Town’s Central line has been out of action since 2019. A few weeks ago, a section of it began operating again, but most of it remains broken, with theft of a lot of the infrastructure, and informal settlements having sprung up along sections of the line.

Ironically at Monday’s press conference, at Langa station on the Central line, not a single train came for one and a half hours, which is about how late Minister Mbalula was for the conference, though we doubt he came by train.

In a statement, Minister Mbalula asked GroundUp to work with him “as a partner”. But our job is to hold him accountable. He has been the Minister of Transport since 2019 and there is not the slightest sign that the train system is improving. If under his tenure the train system begins working even half-decently again we’ll congratulate him. DM