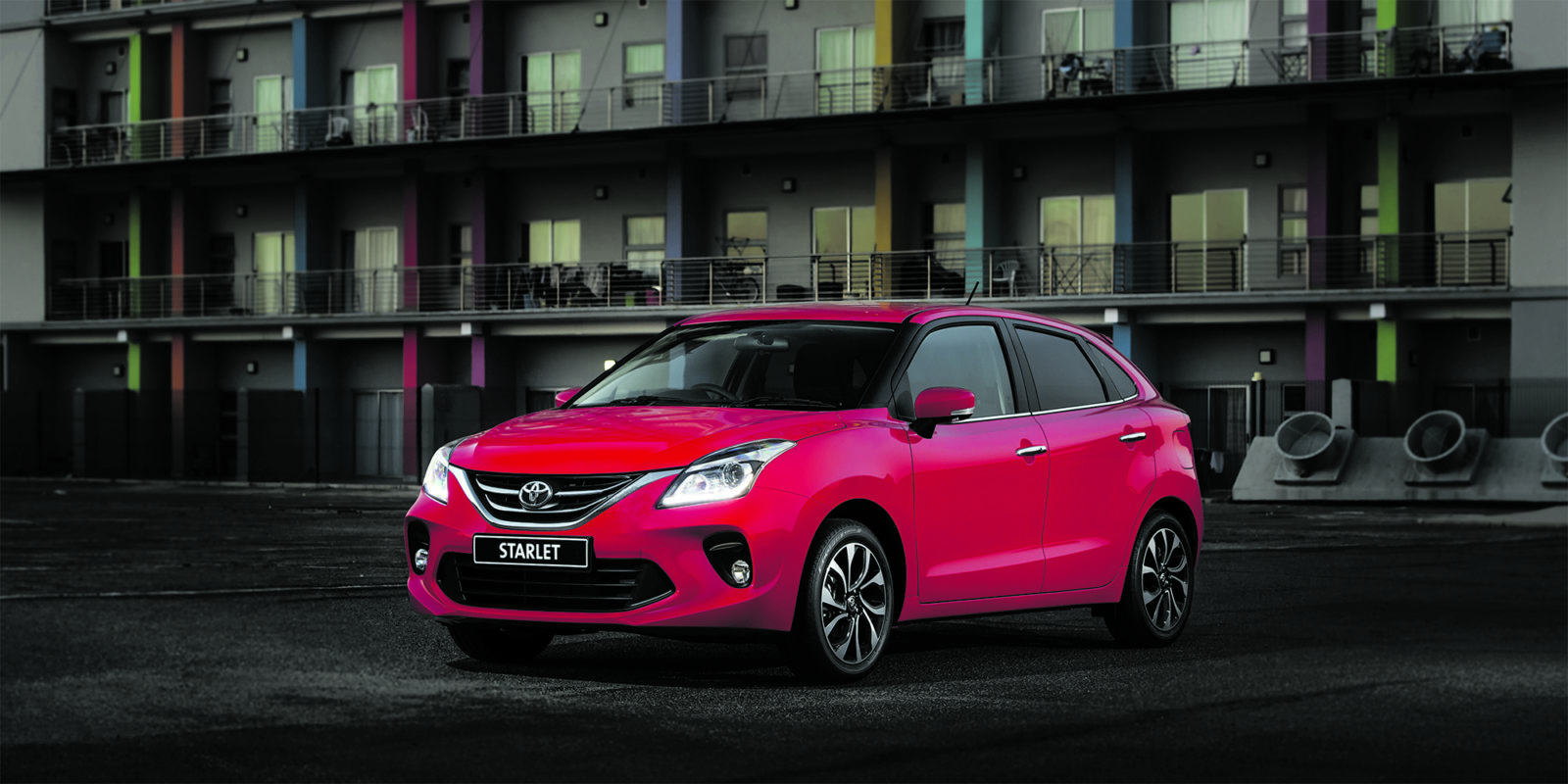 The pandemic has affected all manufacturers and importers differently, but the collective experience has been one of pain.

Monthly sales reports from the National Association of Automobile Manufacturers of South Africa (Naamsa) have become a soothingly regular drip-feed of information in my inbox for more than 15 years. It’s the dipstick I use to measure the health of the industry and to suss out its trends. 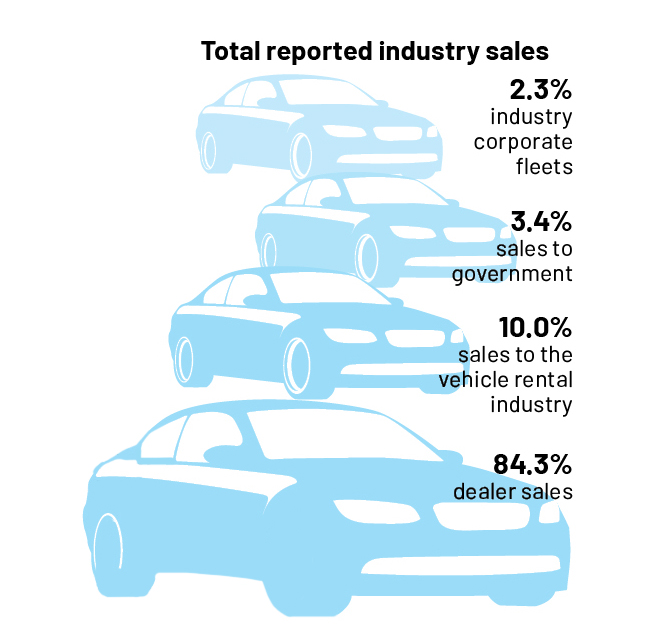 Imagine my horror, therefore, when this year the monthly reports just stopped, to be replaced with a slick document sharing highlights and no detail. For example, the January report merely showed total sales by group, meaning I had no way of discerning whether Volkswagen Group had sold 2,000 Audi Q7s (a non-trivial development, you could say) or 2,000 Polo Vivos (par for the course).

I asked Naamsa why they have done this, and the automotive body’s CEO, Mike Mabasa, told me that they are making better use of their data and ensuring that the right data goes to the right people at the right time, in line with international best practice. Fair enough, I guess, but not much use for industry anoraks like me and Business Maverick’s readers, so I got the numbers anyway. I’ve been waiting for the February 2021 figures specifically, because they represent the first opportunity we have to take stock of the state of the industry after a year of the pandemic. February 2020 was the last sales month before lockdowns were implemented, and therefore sales in February 2021 give us a chance to take stock of volumes and trends a year into the pandemic.

As you might expect, it’s not exactly pretty. The pandemic has affected all manufacturers and importers differently, but the collective experience has been one of pain. The total vehicle market contracted by more than 13% in the year, driven by a slump in sales of passenger cars of more than 18%. This was offset to some extent by a small decline in light commercial sales (down 3% or so), and 10% growth in heavy truck sales.

South Africa’s best-selling vehicle, the Toyota Hilux, actually grew sales year-on-year from 2,895 in February 2020 to 3,031 last month. Sales of Ford’s Ranger were almost flat (down from 1,878 to 1,858). This, and the strong sales of heavy trucks, is likely a manifestation of the boom in agriculture and mining the country is enjoying. This was also reflected in tractor sales in January, which grew 28% year-on-year according to Saama, as well as Sasol reporting last week that diesel consumption in SA had recovered to almost pre-pandemic levels. If ever there was a time to bless the rains down in Africa, this was it.

However, as much as this offers relief for parts of the industry, the balance of payments and no doubt to SARS as well, the average South African motorist is clearly under pressure. An 18% slump in sales is one thing, but it’s particularly interesting to see what kind of cars people are buying.

Some of the numbers are just eye-watering. Ford Figo sales slumped 83% from 1,068 to 181, contributing to an overall decline of 55% in Ford’s passenger cars sales in the year. Toyota Yaris sales fell from 561 to three. Ford EcoSport sales fell from 997 to 577. Most tellingly, the gold standard barometer of the health of the South African motorist, sales of the VW Polo fell by 34% from 2,120 to 1,402, and the Fortuner, backbone of the South African family SUV market for more than 15 years now, fell from 975 to 706. Its competitor, the Ford Everest, struggled along (179 to 174).

Another useful indicator of the health of the South African middle class is sales of the VW Golf-based Tiguan crossover, which fell from 529 to 115 as a refreshed model is due, and the concomitant rise of the VW Polo-based T-Cross crossover, which surged by 80% from 462 to 833, probably cannibalising some Polo buyers in the process, and helping VW Group to a more palatable 14% drop in passenger car sales and to clearly beat the market during the pandemic year. They’ll be pleased with that in Kariega (Uitenhage).

Now, there’s a backstory to a lot of this. The Figo is operating in an increasingly contested segment with some new and high-quality opposition. Toyota has long battled with the Yaris’s pricing and has now simply got rid of it and introduced the Starlet (sales up from 0 to 667 in the year). The next-generation Yaris is unlikely to darken South Africa’s door. The EcoSport is long in the tooth and the Polo isn’t a cheap car, so sales of the Polo Vivo (the SA-only last-generation model) are up from 2,417 to 2,543. The Fortuner has just been refreshed and so is likely to bounce back a bit.

Interestingly, apart from the very top end, it seems that everyone is under pressure. The luxury brands are taking a bit of a bath.  Porsche sales fell from 120 to 98. Land Rover sales were distorted by the first new Defender since 1948, but Range Rover Sport sales fell from 65 to eight, and overall JLR sales fell from 309 to 278, the new Defender notwithstanding, indicating an alarming underlying trend.

BMW and Mercedes-Benz don’t publish their sales in detail, even internally to Naamsa members, but their overall numbers are weak. BMW Group (BMW and Mini) fell from 1,059 to 938, an 11.5% slump. Extracting the BMW/Mini brand numbers from this is not possible, but it’s clear that Mercedes will have streaked past BMW in the sales race by a considerable margin once again. Mercedes-Benz reported a fall of 11.6%, from 1,228 to 964.

There are hotspots of growth in the market. The Toyota Starlet is one of them, as is the charge that Suzuki is on generally, growing 26% from 1,696 to 2,142, and sales of the Kariega-built Polo Vivo and the ubiquitous T-Cross also grew.

These are all good stories for those selling the models in question, but the picture they paint is one of an ongoing buy-down, of constrained disposable income and of conservative decisions when people replace their cars.

In summary, there is life yet in the motor industry. Exports are still strong and most SA manufacturers and distributors are reacting quickly to fast-moving trends and economic realities. It is not a picture of rude health, but it’s important to remember that we were already in a recession in February 2020, and South Africa’s car park will increasingly reflect our economic realities. Those who offer the right product at the right price will do well. In the year to February 2021, the fortunes of Toyota, Ford, Volkswagen and Suzuki all illustrate the challenges and opportunities in this market. DM168