Open letter to Cyril Ramaphosa: Major reforms in the public service are critical to the future of South Africa 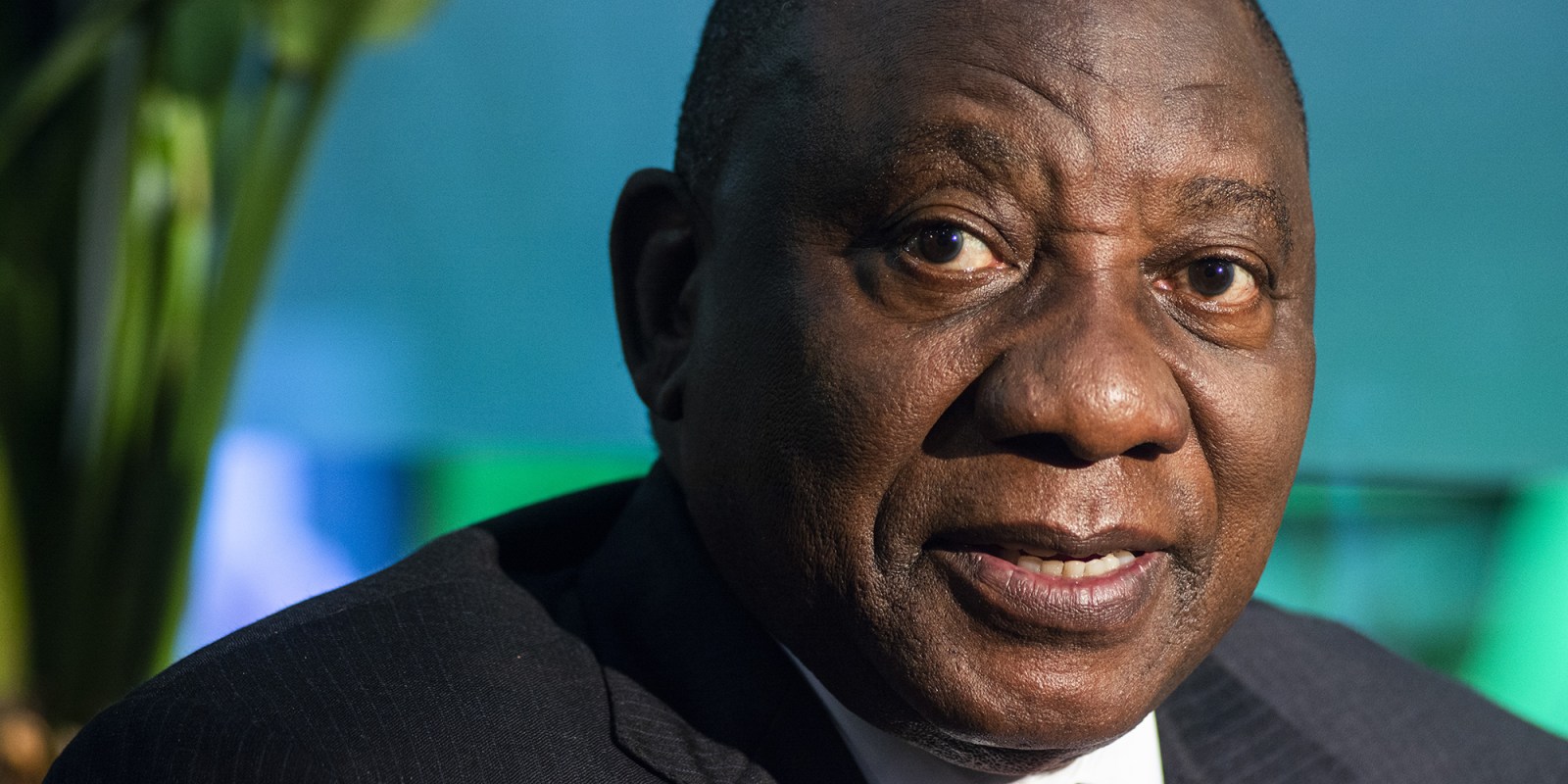 On Monday, 1 March 2021, in your presidential letter to the nation, you reiterated your administration’s commitment to build an efficient, capable and ethical state free from corruption. At the centre of this commitment you put the need to professionalise the public service, to ensure the people who staff it are skilled, selfless and honest, that they are insulated from undue political interference and devoted to serving – over and above any specific party or interest group – the people and the democratic law of South Africa.

Public service reform, along these lines, is crucial to the future of our country.

The problem we’re facing is clear. South Africa’s public service institutions give broad and largely unconstrained powers of appointment and removal to political office bearers. A legacy of the early years of the democratic transition, these were shaped to maximise political direction over what was, at the time, still an apartheid public administration. The objective has been achieved; the state has been transformed. Yet, the relevant norms, rules and procedures continue to outlive their purpose.

These norms, rules and procedures favour personal and political connections over expertise and integrity. They allow politicians to appoint associates across democratically defined administrative checks and balances, and to sideline principled public servants who insist on following the law, facilitating inappropriate political interference in operational functions, and corruption. Over decades, by layering political networks animated by these practices into the administration, institutions that once served to democratise the state have now come to undermine democratic control.

The evidence for these propositions is overwhelming. The State Capture crisis provides a vivid example. Journalists and researchers have revealed similar processes in provincial and local government. In our own work, we routinely encounter this issue. The pervasive breakdown of control is made visible annually in Auditor-General reports. It is attested in countless news media exposés, whistle-blower statements, official investigations and court documents. It is indicated by the slow, disorderly and often intractable character of critical policy and implementation processes, and by the alarming deterioration of systems responsible for providing our people with basic services.

The presidential letter acknowledges that 27 years into democracy, there are serious problems in South Africa’s public service. To address these, it highlights the draft National Implementation Framework towards the Professionalisation of the Public Service. The letter’s great virtue is that it does not express an all-too-easy pledge to exercise “political will” and “do things better” within existing institutions. Political conduct is enabled and constrained, presented with incentives and disincentives, opportunities and risks, by institutions. The framework, recognising this, contains a series of practical reforms to correct issues in the institutions themselves.

The proposals are wide ranging and welcome, but they don’t go far enough.

The most important aspect of any process of public service professionalisation is how powers are allocated across processes of appointment and removal of public servants. If political office bearers in South Africa continue to hold exceedingly broad and unchecked powers, then there is no reason to believe they won’t continue to exercise them as they have, with predictable consequences for administrative professionalism.

The framework echoes the National Development Plan by proposing a new head of the public service, to manage the interface between politicians and public servants. It is silent, however, on how the head will be appointed and removed. The framework proposes that the Public Service Commission should be involved in interviewing directors-general and their deputies, without specifying which offices will control which stages of the appointment and removal processes. Neither does the framework engage with powers of appointment and removal lower down the hierarchy.

It is crucial, above all else, that these issues be made clear. In our submission on the framework, the Public Affairs Research Institute argues that changes to the Public Service Commission Act are needed to give that body more institutional independence from politics, including by giving the commissioners full control over senior appointments to the Office of the Public Service Commission. The commission should then be empowered to manage the appointment of the head of the public service, directors-general and deputy directors-general, including by controlling the establishment of selection committees with appropriate subject matter experts.

In turn, these selection committees should be responsible for passing a shortlist of candidates on to political office bearers, in the case of the head and directors-general, and on to the relevant director-general, in the case of their deputies. Appointment processes lower down the hierarchy should be devolved to the relevant director-general and the deputy responsible for human resources. Suspension and removal of the head, directors-general and their deputies should require authorisation, in a fast-tracked process, by the Public Service Commission.

In your second State of the Nation Address, President Ramaphosa, you quoted Theodore Roosevelt’s “Man in the Arena” speech. You said:

“It is not the critic who counts; not the man who points out how the strong man stumbles, or where the doer of deeds could have done them better. The credit belongs to the man who is actually in the arena, whose face is marred by dust and sweat and blood; who strives valiantly; who errs, who comes short again and again, because there is no effort without error and shortcoming; but who does actually strive to do the deeds.”

On these grounds you declared that “we all have a role to play as individual South Africans, faith-based organisations, sports organisations, trade unions, business, students, academics and citizens”.

In 1901, when Roosevelt became president, he moved to double the number of posts covered into this competitive service, breaking the federal patronage system, laying the foundation for the administrative capacities which served the country through the Great Depression, the New Deal, World War 2 and beyond.

South Africa is in a profound social and economic crisis. We need a capable, efficient, ethical and development-oriented state to lift us out of it. We need one to prepare for the new and ominous threats coming into view, chief among which is climate change. The proposals we have put forward are an adaptation of the civil service reforms that built such a state in the US and in many other countries across the world.

To achieve them, Roosevelt rose from, and was backed by, a broad civil service reform movement. In South Africa, we have no such movement. You, indeed all of us, as individuals and as organisations, must now put every effort into building one. The process of completing and implementing the framework provides a historical opportunity for doing so. DM