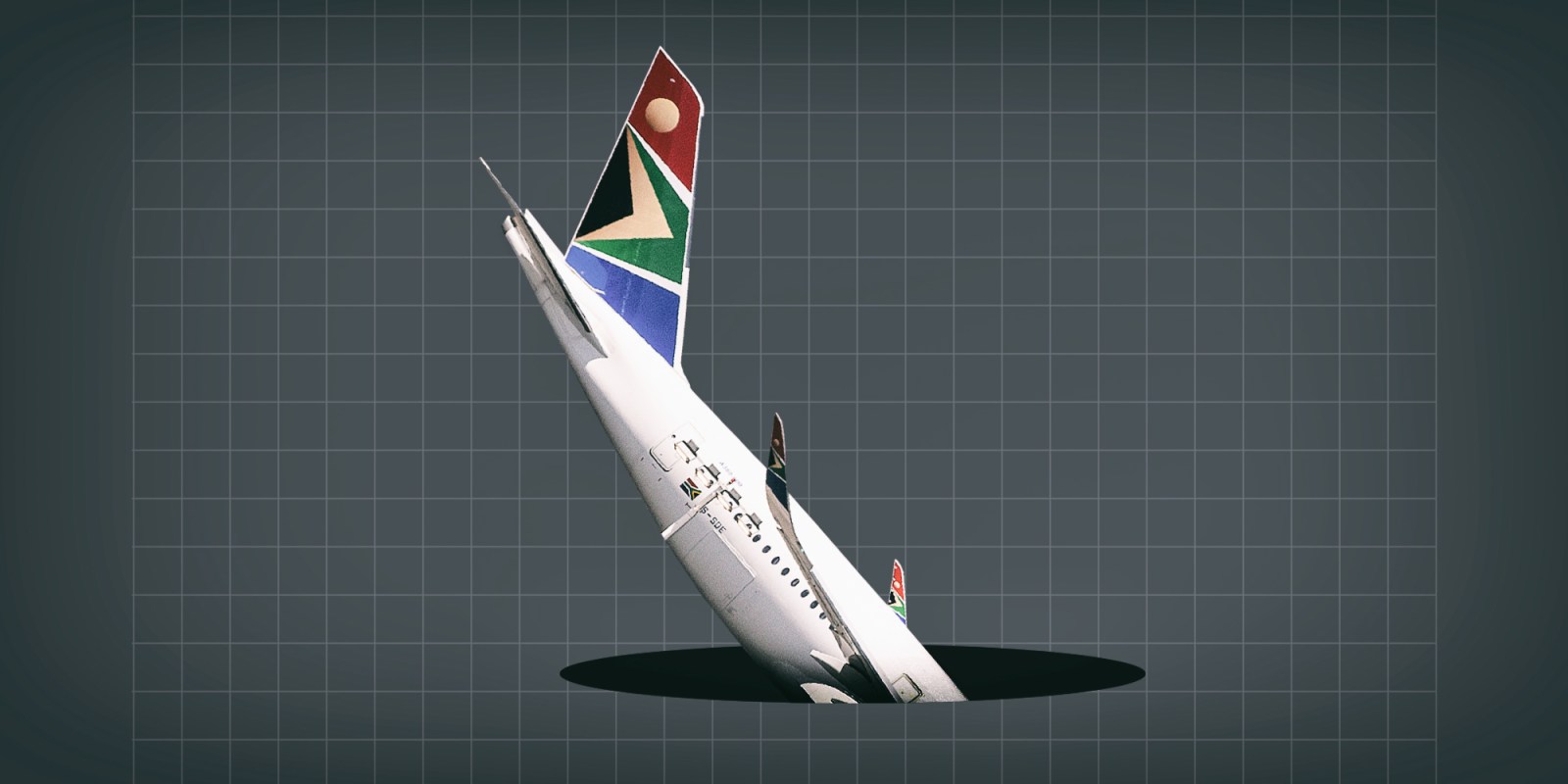 Aircraft leasing companies are owed about R30bn by SAA – a debt that was racked up before the airline was placed under voluntary business rescue in December 2019. But aircraft lessors require payment of about R1.7bn by August 2021.

SAA requires an additional R3.5-billion from state coffers to finalise its serially delayed business rescue process and pay monies owed to aircraft lessors before the struggling state-owned airline can return to the skies.

It emerged from the Budget Review on 24 February 2021 that SAA requires funding amounting to R3.5-billion, which is in addition to the R10.5-billion in new money that the airline received from the government in October 2020 for its business rescue process.

A spokesperson for the SAA business rescue practitioners, Louise Brugman, told Business Maverick that the Department of Public Enterprises (DPE) had submitted the request for additional funding to the National Treasury on behalf of SAA.

“This was a request from DPE to Treasury and didn’t involve the BRPs [the SAA business rescue practitioners],” said Brugman.

Finance Minister Tito Mboweni said he had received the request for additional funding but still had to examine whether SAA was worth supporting.

Nearly half of the requested R3.5-billion (R1.7-billion) will go towards paying companies that leased aircraft to SAA for its flight operations.  Aircraft leasing companies are owed about R30-billion by SAA – a debt that was racked up before the airline was placed under voluntary business rescue in December 2019.  But aircraft lessors require a payment of about R1.7-billion by August 2021 if they are to continue leasing aircraft to the airline.

Business Maverick understands that the rescue practitioners have been in intense talks with aircraft lessors to resume SAA flight operations. But lessors won’t budge or entertain prospects of supplying SAA with aircraft while they are owed billions of rands.

A leaner SAA – with a workforce of 2,000 (reduced from about 4,700) and a limited domestic flight schedule – was supposed to return to the skies in January 2021 after being grounded for nearly a year. Without additional funding from the government, the restart of SAA’s domestic and regional flights has been pushed out to April 2021, and international flights to October.

SAA has also blamed the Covid-19 pandemic for delays in its restart.

“Although SA is travel-ready, demand for domestic air travel has been significantly reduced, therefore, to avoid overcapacity and to ensure commercial viability SAA has taken the decision to only operate our marketing [SA] flight numbers,” SAA said.

By now, its business rescue process, which is 14 months old, was supposed to have ended and control of SAA would have been transferred from the business rescue practitioners to the airline’s recently appointed interim board.

The planned R1.7-billion payment to aircraft lessors aside, the remaining portion of the R3.5-billion is expected to fund other aspects of SAA’s business rescue process.

About R1.2-billion will be used by SAA to pay for the unfunded ticket liability, which are tickets paid for by passengers before the business rescue process, which SAA still needs to honour. The unfunded ticket liability stands at R3-billion. And the remaining R600-million will fund payments to concurrent creditors, who will receive 7.5 cents for every rand they are owed by SAA. These are creditors whose R8-billion debt is not guaranteed by the government or the SA taxpayer; they will not receive the full monies they are owed.

Brugman said all of these amounts are not new because they have already been committed in the approved SAA business rescue plan.

“However, DPE did not submit these amounts to Treasury in the Medium-Term Budget Policy Statement [in October] or [the] R10.5-billion, because they are payable only from August 2021 over three instalments,” she said.  DM/BM