Who will defend and protect Zimbabwe’s human rights defenders? 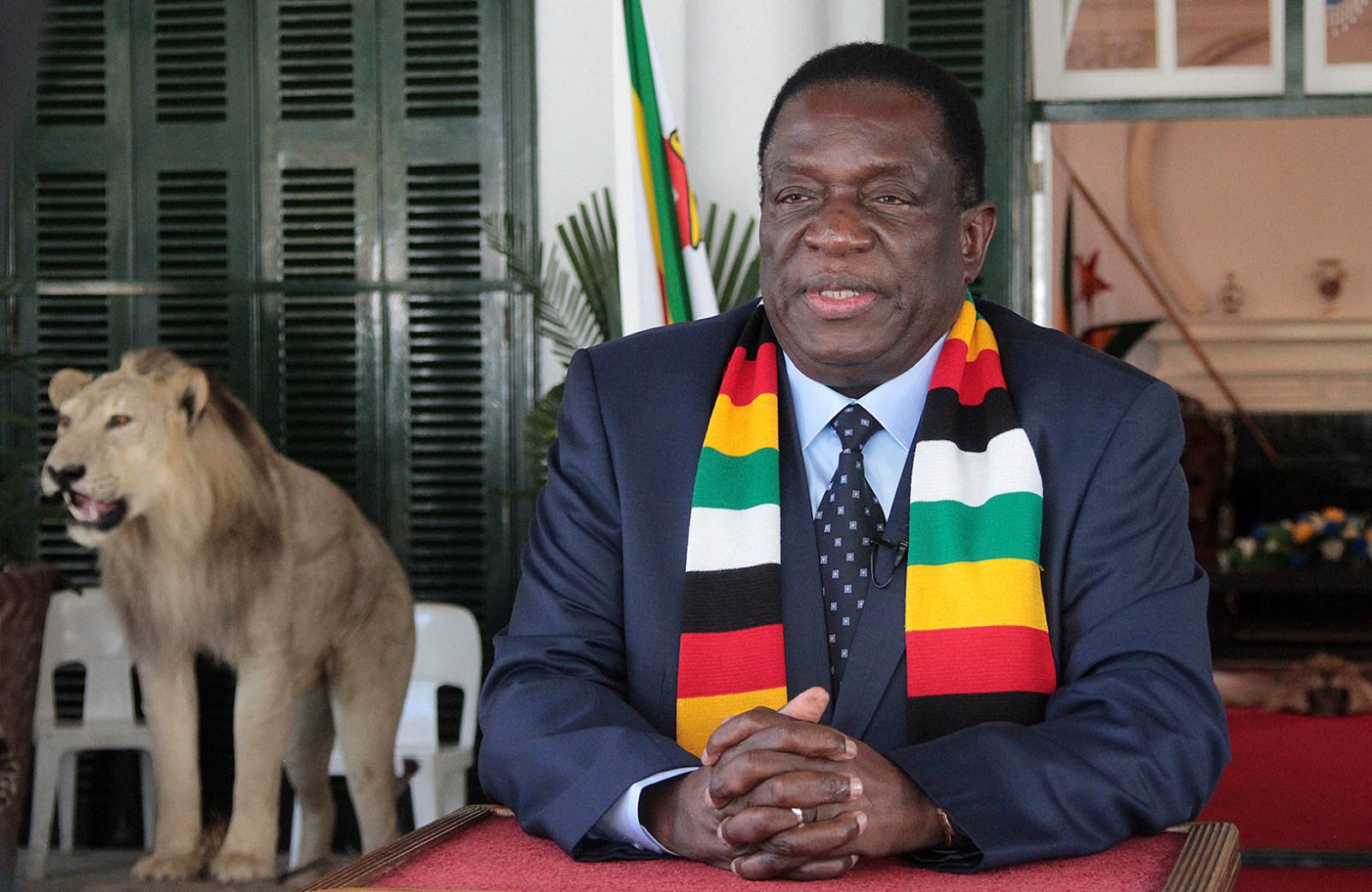 I am a human rights defender in a country with no rule of law and a government that has no respect for human rights. It is a high-risk job, but if we are to protect the rights and dignity of other Zimbabweans, it has to be done.

The Zimbabwean state is brutal and has a zero-tolerance policy on dissent, which they will stop at nothing to stifle.

So who will protect the public protectors?

In July 2020, members of the student union, Zinasu, went to the Copacabana bus terminus in Harare and addressed commuters. Their message was clear: the government of Zimbabwe is robbing us and it was up to us to do something about it.

The videos of these speeches were shared on social media and many applauded the bravery of these young men. One of them was Alan Moyo, a 22-year-old University of Zimbabwe student.

On 7 December 2020, he was arrested and charged with incitement to commit public violence. The state alleged that Moyo told the commuters that they must revolt against President Emmerson Mnangagwa’s government.

Before his arrest, I, like many Zimbabweans, had no idea who Alan Moyo was. On 12 December, I noticed that the hashtag #FreeAlanMoyo was trending on Twitter and I asked: who is Alan Moyo?

After learning he was a student who had been arrested for exercising his right to peaceful protest, I lent my voice to the calls to free him.

Our calls landed on deaf ears. Alan was denied bail and, despite several attempts to overturn the ruling that said he must be remanded in custody, he stayed locked up at Chikurubi maximum security prison for 72 days without trial.

One would be excused for thinking that Alan Moyo is “free” now that he is out on bail, but instead his rights are being trampled even when he is no longer in prison. He has joined dozens of dissidents who are out on bail but who are kept on a short leash by the state.

The Zimbabwean government has embarked on a catch-and-release programme whereby they arrest dissidents, keep them in jail without trial for as long as they like, and then release them under bail conditions designed to frustrate their human rights work.

Dissidents are usually given bail on condition that they report to a local police station weekly or, in some cases, as often as three times a week. Government does this so that they can maintain unlawful surveillance on dissidents by keeping tabs on their movements.

This increases the level of insecurity among dissidents, who are mostly social justice and political activists, journalists, writers, opposition politicians and supporters, as well as individuals who express dissent in any form.

Having the Zimbabwean government know where dissidents live or the location of places they frequent is dangerous. The government has been known to “disappear” dissidents, something that’s been going on since the Gukurahundi genocide of 1983-1987, and in the more recent cases of Itai Dzamara who was never seen again after being abducted by state security agents from a barber shop on 9 March 2015, and Paul Chizuze, a human rights defender who disappeared without trace on 8 February 2012.

Zimbabwe’s coup government has continued with the terror tactics of the Mugabe era, meaning that even in the so-called “new dispensation”, dissidents are unsafe.

There have been many victims. Joanna Mamombe, Cecilia Chimbiri and Netsai Marova, members of Zimbabwe’s largest opposition group, the MDC Alliance, were taken from police custody by state security agents who “disappeared” them for three days, during which time they were tortured and sexually abused.

After finally releasing the trio, the government has continued to harass them using unjust laws crafted to terrorise dissidents. The government accused the three of faking their abduction and jailed them while they were still being treated for injuries sustained while being detained. They were subsequently released on bail – one of the conditions being that they present themselves at a police station every week.

This allows the government to keep tabs on the three women, making it impossible for them to continue doing their jobs as human rights defenders (HRDs).

One of the ways to highlight human rights abuses is by protesting, but because protests have been outlawed in Zimbabwe, HRDs must hide from the police in order to survive. By forcing these three human rights defenders to report to police weekly, government has effectively taken away their right to peaceful protest.

Unfortunately, it doesn’t matter what these women do. They are regularly picked up and tossed into jail on trumped up charges.

Because the government of Zimbabwe has deemed them enemies of the state – even if they strictly abide by their bail conditions, they will still be abused and persecuted. The judiciary, police, army, prisons and all other state institutions are captured by the Zanu-PF government and used to persecute dissidents.

With the police and army violating the human rights of civilians on behalf of the government, there is nowhere to run!

This, despite the fact that section 210 of Zimbabwe’s constitution says, “an act of Parliament must provide an effective and independent mechanism for receiving and investigating complaints from members of the public about public misconduct on the part of members of the security services,  and for remedying any harm caused by such misconduct.”

In December 2020, Tatenda Mombeyarara and Makomborero Haruzivishe, human rights defenders victimised by the police and army, won a case against the government where they demanded the establishment of an independent body to receive and investigate reports of misconduct by Zimbabwe’s security forces.

In the application, Haruzivishe detailed how he has “suffered gross abuse of human rights by security agents, in particular the military and state intelligence”. Mombeyarara explained how he is now permanently disabled after being tortured by military agents in 2019.

Judge Mary Dube ruled in the human rights defenders’ favour and gave the government six months “to establish an independent complaints mechanism meant to make sure that the conduct of security forces is kept in check”.

Justice Dube said: “The respondents simply have no choice but to comply with the dictates of the Constitution and enact the act of Parliament envisaged, even if they have no inclination to do so.”

This rare and courageous ruling by a Zimbabwean judge has me worried about her safety and security. The government has in the past persecuted judges and magistrates who have ruled in favour of dissidents, accusing them of disloyalty or of being agents of regime change.

The government responded, not by making an effort towards complying with the ruling, but by embarking on a manhunt for Makomborero Haruzivishe. They finally caught up with him on 17 February.

They shot at him with live ammunition, blindfolded him, assaulted him and later dumped him at a police station, marking his 38th arrest. He was denied bail and has been remanded in custody until 23 April.

It is crystal clear that the Zimbabwean government has no intention whatsoever to abide by the court ruling. It is clear that they believe they are answerable to no one and that they will continue to violate dissidents rights to:

After Haruzivishe’s arrest, the secretary general of student union Zinasu, Tapiwanashe Chiriga, introduced Joanna Mamombe at a press conference. She read out a powerful statement declaring “unreserved and unconditional solidarity” with Haruzivishe and condemning police brutality.

For this act of solidarity and human rights activism, the president of Zinasu, Takudzwa Ngadziore, his SG, Tapiwanashe Chiriga and national gender secretary, Nancy Njenge, were arrested.

It is clear that Joanna Mamombe and her colleagues are next.

For how long should human rights defenders abide by unjust laws? Who will protect Joanna Mamombe, Cecilia Chimbiri, Netsai Marova and others who put their lives on the line for freedom for all?

As the government of Zimbabwe continues waging a systematic attack on political opponents, dissenters and any one who tries to defend the civilian population, who will defend and protect the protectors of the public? DM/MC