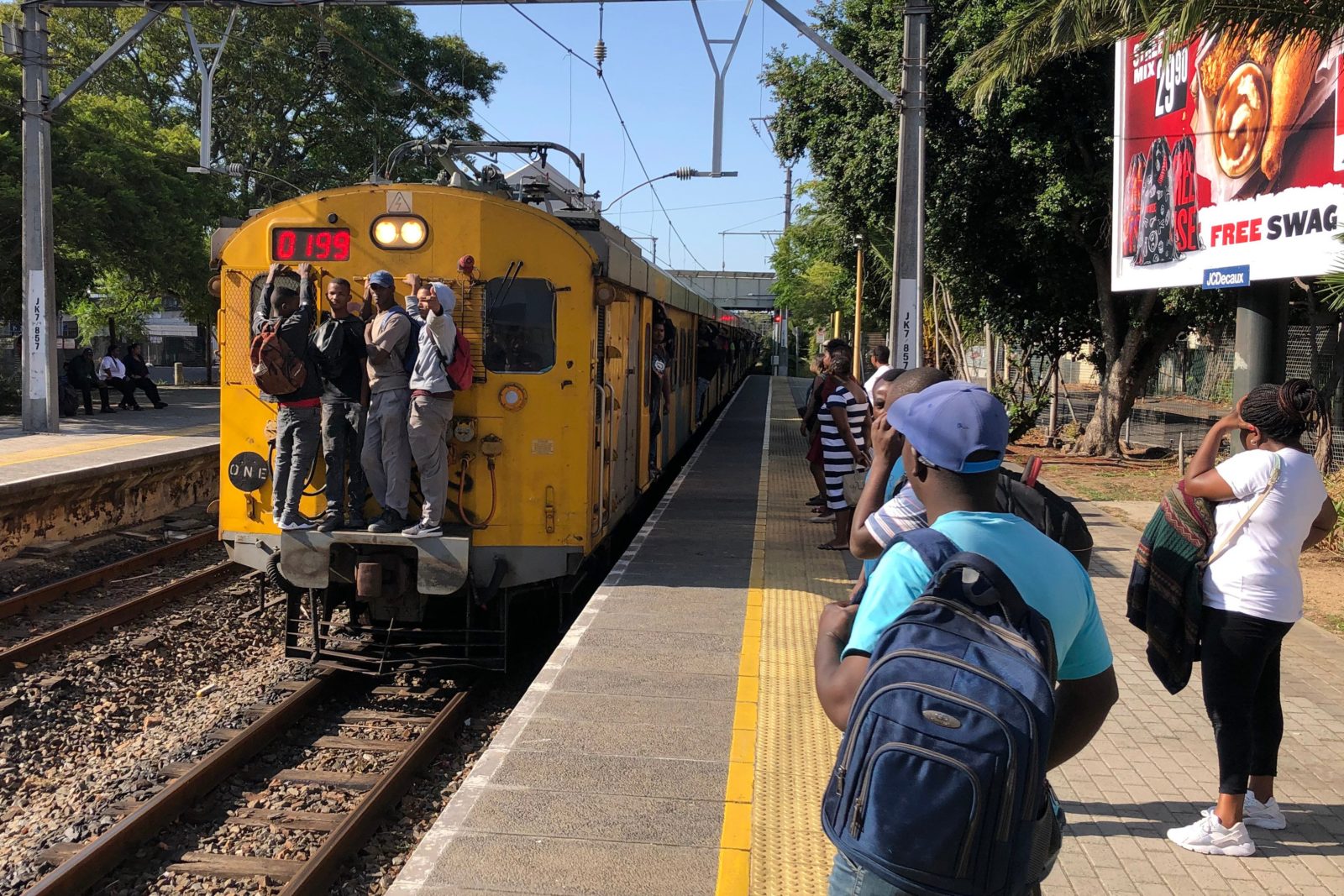 In a scathing judgment, the Labour Court has ruled that the head of the Prasa Foundation, Nqobile Pearl Munthali, must be reinstated. (Archive photo: Lucas Nowicki)

In a scathing judgment, Judge Edwin Tlhotlhalemaje has ruled against Prasa for firing one of its executives on 29 January – the head of the Prasa Development Foundation, Nqobile Pearl Munthali.

Munthali, at an urgent hearing on 19 February, asked the court to declare that her contract with Prasa was extant, and to order Prasa to reinstate her. Munthali was one of six executives axed by Prasa after they claimed that the executives had overstayed the five-year terms of their contracts with the rail agency.

GroundUp previously reported on the application to the Labour Court by Martha Ngoye, Tiro Holele and Nkosinathi Khena. Prasa Chairperson Leonard Ramatlakane announced Munthali’s firing together with Ngoye and Khena claiming they all three were facing allegations of misconduct.

Judge Tlhotlhalemaje found that “there was indeed a breach of the applicant’s contract of employment”.

Munthali was not, as claimed by Ramatlakane, suspended for misconduct; in fact “the allegations in that regard were withdrawn and further since her suspension had been lifted as far back as July/August 2020”.

Judge Tlhotlhalemaje said, “Prasa’s conduct of publicly announcing the termination of the applicant’s contract without first informing her, and in the course of doing so, misrepresented the true facts at the time of the termination, was not only appalling but shockingly malicious and inhumane.”

Judge Tlhotlhalemaje agreed with Munthali’s assertion that Prasa “acted in bad faith, knowing that there was no legal basis to justify its stance, and that its conduct smacked of gross abuse of power”, and that Prasa was not entitled “to act in a gung-ho manner, that grossly violated its employees’ basic fundamental rights”.

In Munthali’s hearing, Prasa ultimately conceded that revised recruitment policies from 2018 and 2020, which purportedly capped executive contracts at five years, did not have retrospective effect.

The judge found that Munthali’s grounds for urgency were justified by Prasa’s “terminating the contract publicly and in doing so, also misrepresented the facts…particularly so in the light of the potential or actual public humiliation and reputational damage caused by the public announcement”.

Prasa’s anti-corruption pretence for these firings came in for severe criticism by Tlhotlhalemaje, who asked, “Why then would Prasa publicly announce the termination, and also falsely state that the applicant was on suspension for alleged misconduct at the time of termination, when this was [not] the case?”

In serving Prasa with a punitive costs order, Judge Tlhotlhalemaje said that “the consequences of that misrepresentation [of Munthali being suspended for misconduct] in the light of the public announcement of the termination of her contract are indeed colossal, and to a large extent irreparable”.

The judgment is a blow to recent moves by Prasa’s board, led by Leonard Ramatlakane, and the acting Group CEO (and former human resources head) Thandeka Mabija, to reshape Prasa’s executive management. A total of ten executives have been fired by Prasa this month, and Judge Tlhotlhalemaje’s ruling might suggest that more reinstatements are to come.

Judgment is still outstanding in the Labour Court between Prasa and Martha Ngoye, Tiro Holele and Nkosinathi Khena, three of the other executives fired by Prasa. This was heard in an urgent hearing before Acting Judge Moses Baloyi at the Johannesburg Labour Court on 12 February, a week before the Munthali’s matter was heard. That matter is still being finalised. DM