MURDER OR A HIT? 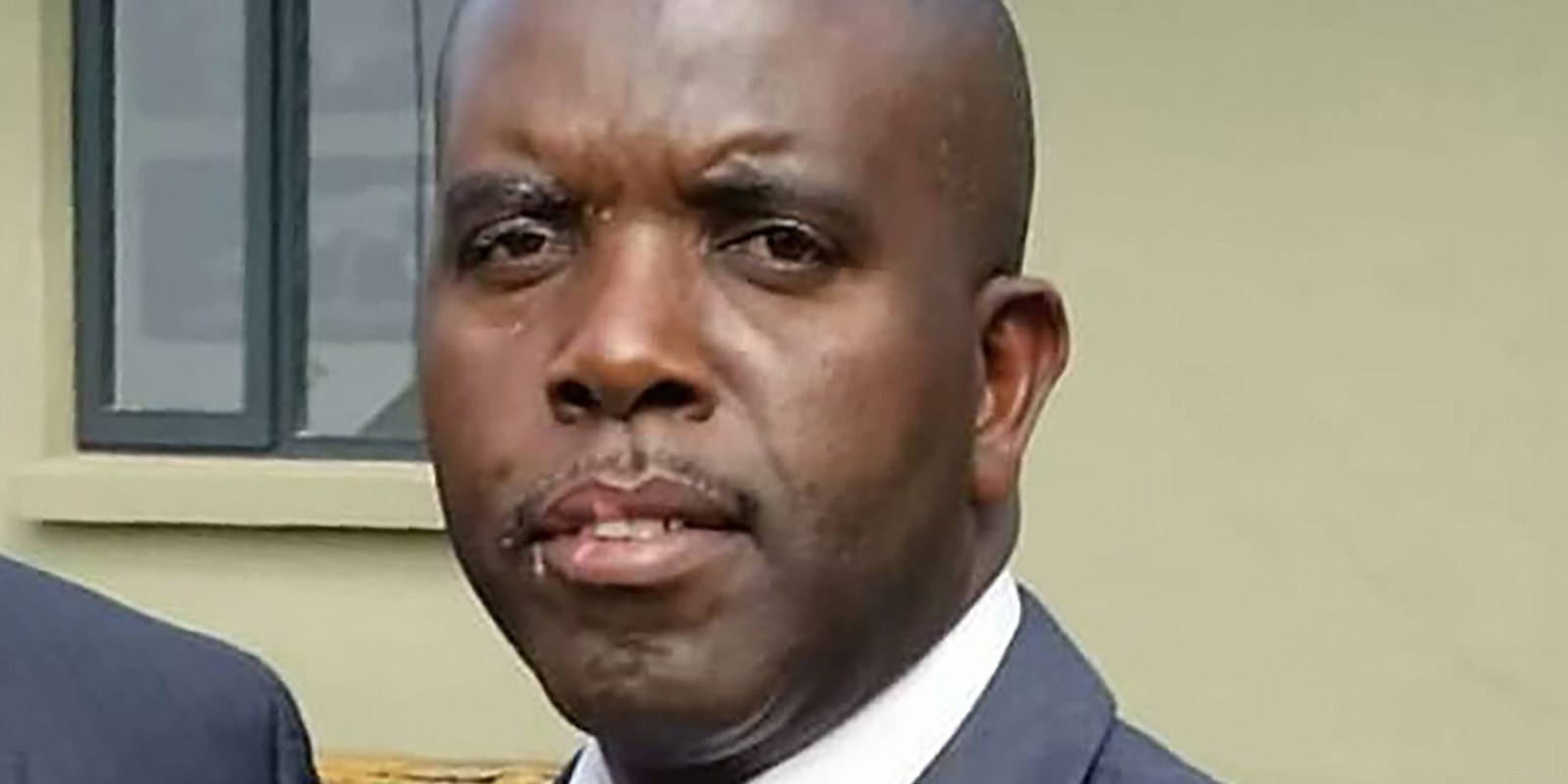 But the SAPS says it believes robbery was the motive for Seif Bamporiki’s murder.

But the South African Police Service (SAPS) says it believes the motive for Bamporiki’s murder was robbery, although investigations are continuing and no arrests have yet been made.

Bamporiki (49), the South African chairperson of the opposition Rwanda National Congress (RNC), was shot dead in Europa squatter camp, Gugulethu, while delivering a bed to a customer. His two assailants then stole his bakkie and his money.

But General Kayumba Nyamwasa, the RNC’s first deputy chairperson – who has himself survived at least four assassination attempts in South Africa – told Daily Maverick the murder of Bamporiki bore all the trademarks of a hit organised by Kigali.

“At a certain stage, South Africans will start being killed, and they won’t like that,” Kayumba added. Department of International Relations and Cooperation spokesperson Lunga Ngqengelele said, “We can’t comment on the incident until the police have confirmed what happened.”

According to RNC legal adviser Kennedy Gihana, Bamporiki, who owned a pawn shop in nearby Philippi, drove with his shop assistant, Bosco Twagirishema, and the supposed customer into Gugulethu to deliver the bed. The “customer” asked him to stop at a house, saying he wanted to collect the money to pay for the bed.

But he never returned and after 10 to 15 minutes, two men appeared from the direction the customer had gone in. One walked past the bakkie and then turned round and fired one round into Bamporiki. They dragged his body from the driver’s seat, took his cash from his wallet, then threw the wallet on to his body and drove off in the bakkie. Twagirishema fled on foot, seeking help.

Gihana said the “customer” was a South African but that Twagirishema had been unable to establish the nationalities of the two assailants as he had not heard them speak.

“I think it was an assassination,” said Kayumba. “All indications lead to that, the common modus operandi of leading people to unsafe or compromising environments, ie, Patrick, Rusesabagina etc. Robbers would have attacked his shop or him on the way home.”

The “Patrick” he refers to was Colonel Patrick Karegeya, formerly Kagame’s external intelligence chief, who fell out with him and fled to South Africa in 2006 where he and Kayumba helped found the RNC. On New Year’s Eve, 2013, Karegeya was lured by a Rwandan businessman friend he trusted, Apollo Kiririsi Gafaranga, to a bedroom in the Michelangelo Hotel in Sandton, where he was strangled to death.

Paul Rusesabagina (66) is the former manager of the Hotel des Mille Collines in Kigali who saved the lives of an estimated 1,200 Tutsis and moderate Hutus during the 1994 genocide by harbouring them in the hotel. His exploits are celebrated in the movie Hotel Rwanda.

But he also later fell out with Kagame, went into exile in the US and formed an opposition party. Last year he was lured back to Rwanda under the impression he was flying to neighbouring Burundi. A pastor, Constantin Niyomwungere, had invited him to speak at his churches in Burundi, according to reports. But the private aircraft he thought was flying him from Dubai to Burundi flew to Kigali instead.

He is now standing trial in Kigali for “terrorism, murder and financing rebellion”, accused of complicity in terror attacks in Rwanda.

So all three victims – Bamporiki, Karegeya and Rusesabagina – were lured into danger by “Judas” figures whom they trusted, as Kayumba pointed out.

He said Bamporiki, “has been with us in the RNC since the beginning – he was chairman here in South Africa – and been a very consistent member, so I wouldn’t doubt that they would target him”.

Daily Maverick asked Kayumba whether he didn’t think Kagame might have wanted to avoid the bad international publicity of another assassination in South Africa when he is intensely courting global approval, especially before hosting the Commonwealth Heads of Government Meeting in June.

“Kagame does not mind about repercussions,” Kayumba replied. “His message is always: ‘I don’t care’ and ‘I have no mercy’. If he’s able to get his target, that’s all that matters; he doesn’t care about the consequences or circumstances. He thinks he can always buy his image back later on.”

“When you have an authoritarian regime, they no longer care about public image.”

However, Colonel Andrè Traut, spokesperson for the SAPS Western Cape, said, “We have reason to believe the motive for the murder was robbery.” He did not elaborate on why.

“Any person with information regarding the incident is kindly requested to contact Crime Stop on 08600 10111.”

Gihana responded by saying; “They should not treat it as normal murder. They know how Patrick was killed.” He was referring to the evidence cited by magistrate Mashiane Mathopa at the inquest of Karegeya in the Randburg Magistrates’ Court in 2019 that the Director of Public Prosecutions believed that “close links exist between the suspects and the current Rwandan government”.

RNC spokesperson Etienne Mutabazi also noted that the death of Bamporiki resembled previous assassinations or attempted assassinations of Rwandan dissidents in South Africa – including Nyamwasa’s – where the victims were lured by people they knew who then betrayed them.

“In June 2010, General Kayumba Nyamwasa was shot at by the people who had been conniving with his driver; he survived.” Mutabazi recalled, too, that in their trial, Nyamwasa’s would-be assassins had also been “positively identified and linked to the government in Rwanda by South African courts.”

And he added that Kagame had admitted to CNN’s Richard Quest in an interview on 17 February that Rusesabagina “was abducted from Dubai, having been lured by his friend directed by the government of Rwanda”. He added that high-ranking Rwandan officials including Kagame “have unapologetically boasted about their role in these assassinations and extraordinary renditions”.

He conveyed the RNC’s sincere condolences to Bamporiki’s widow and three children, sister and nephew, who are also refugees in South Africa.

“We call upon RNC members in South Africa to remain calm and united in these difficult moments, be stronger than before and not give up the struggle we have undertaken to free our country from the bondage of dictatorship and totalitarianism.”

Daily Maverick tried to reach the Rwandan government for comment, but was unsuccessful.

The murder of Bamporiki recalls the death in Cape Town in June 2019 of another Rwandan dissident, Camir Nkurunziza, who had been Kagame’s bodyguard, but later became one of his critics.

He was driving a car that was allegedly hijacked and he was then put in the back of the car when it was driven off. A collision with another car and a shoot-out with police ensued in Goodwood, during which Nkurunziza and another man, possibly a hijacker, were shot dead.

Though accusations of an assassination circulated, the full facts of the incident have still not been revealed. DM