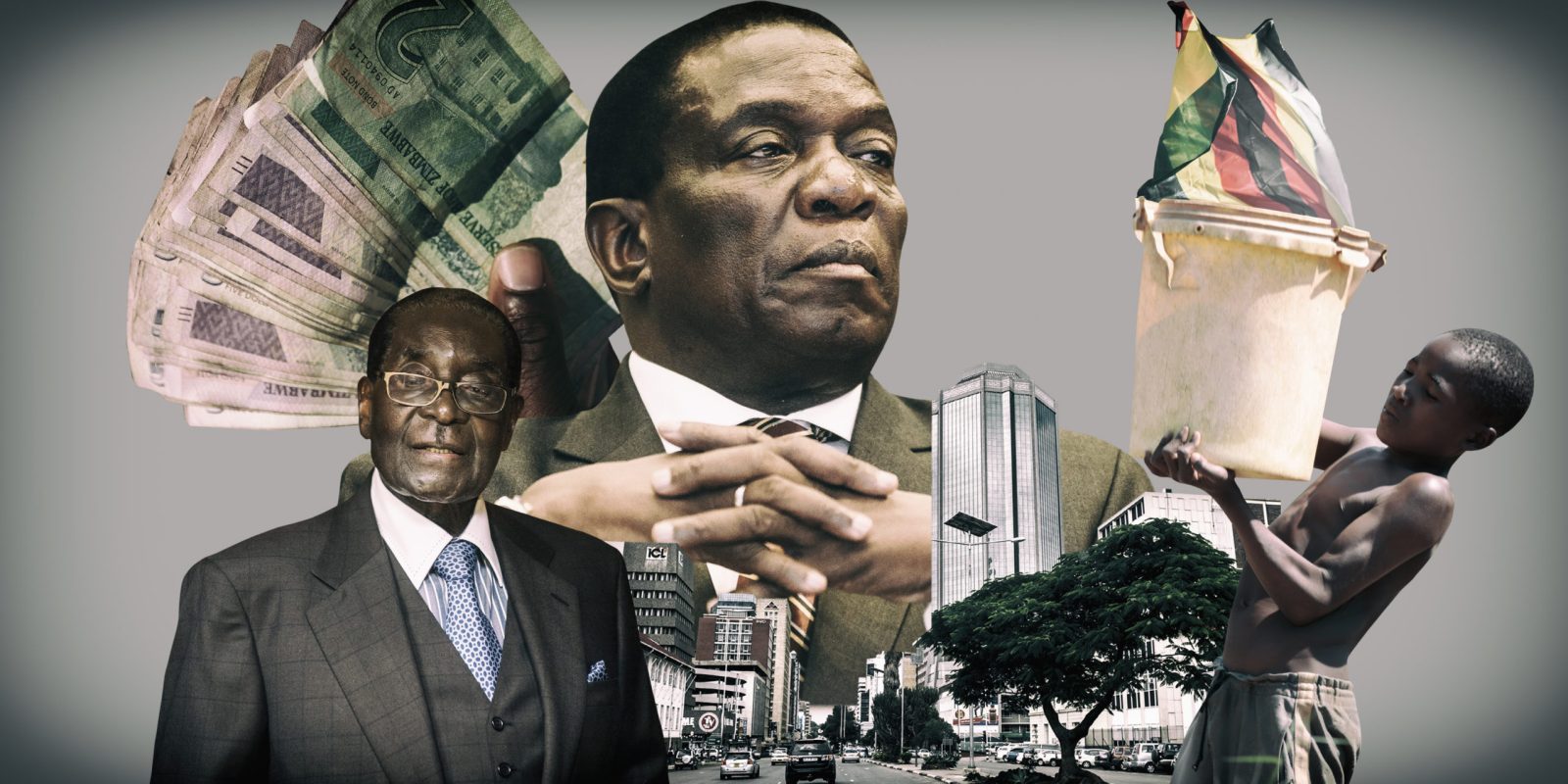 Today, Maverick Citizen publishes an exclusive report which provides a post mortem of the cancer that killed the Zimbabwean dream of freedom and independence. It is being published in South Africa because, amid attacks on the media and civil society activists, it is not safe to do so in Zimbabwe.

The 64-page report details the scale of the theft – among others, illicit cross-border financial transactions cost Zimbabwe up to a staggering US$3-billion a year and billions in gold and diamonds smuggled out of the country. It is estimated that Zimbabwe may lose up to half the value of its annual GDP of $21.4bn due to corrupt economic activity that, even if not directly the work of the cartels featured in the report, is the result of their suffocation of honest economic activity through collusion, price fixing and monopolies.

Ironically, President Emmerson Mnangagwa, who has been a public critic of illicit financial transfers, is identified by the report as one of the cartel bosses whose patronage and protection keeps cartels operating.

The report, “A Study of Cartel Dynamics”, is a detailed analysis of all the available evidence of the economic cartels and the business people and politicians behind them who have captured the resources and government of Zimbabwe to serve their own interests. The report is available here:

Last week, we sent the report to Mnangagwa, Zimbabwe’s ambassador to South Africa, and all those implicated in the report. We asked for their comments but they did not respond.

The report focuses on business cartels because these are the vehicles used for state capture. One of the experts we asked to review the report pointed out that normally cartels work to undermine the state. In Zimbabwe, however, they are in league with the highest people in the land. #DemLoot, in the now-famous words of journalist Hopewell Chin’ono. 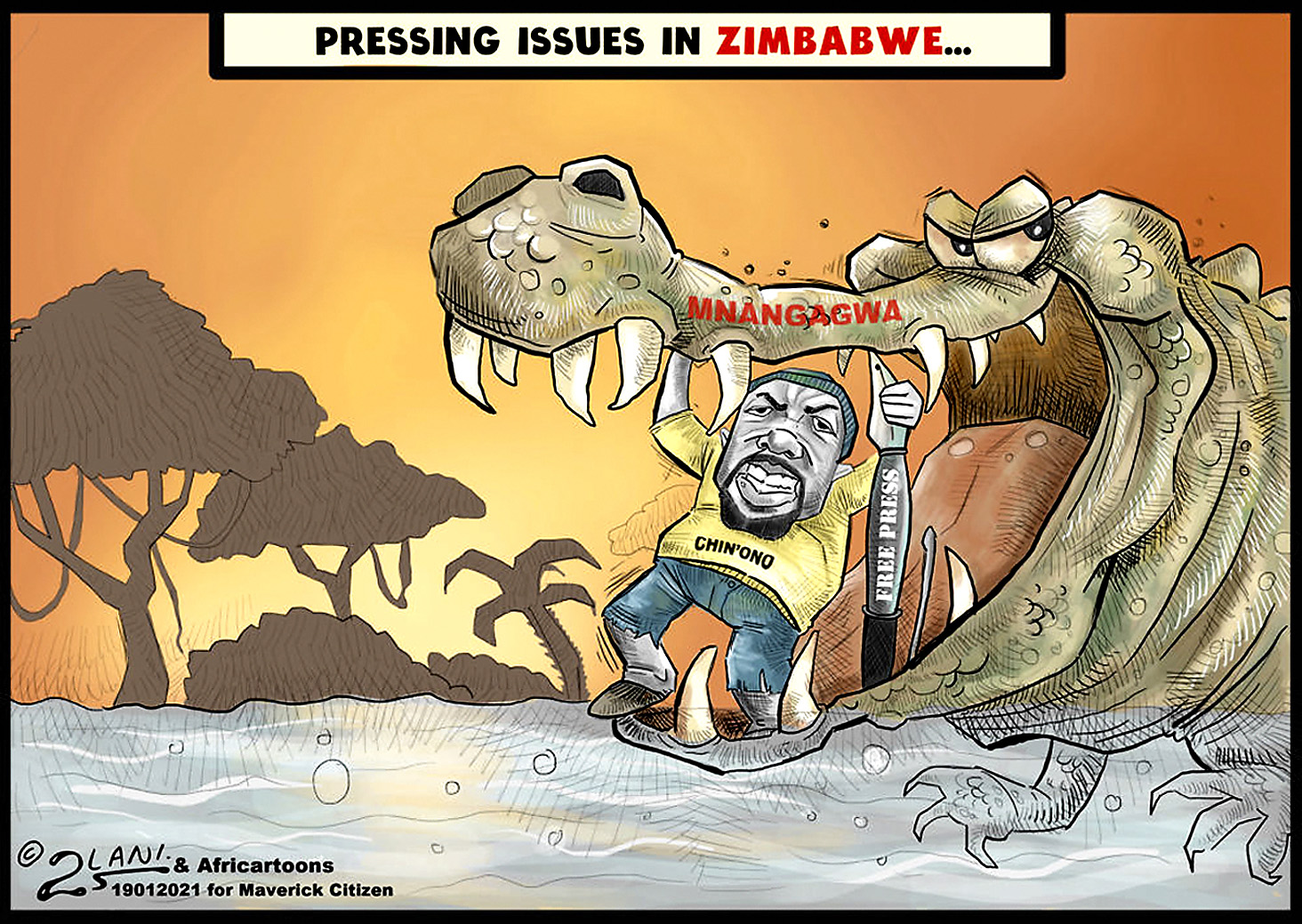 Yet, the report explains, because cartels and corrupt economic behaviour are “by their very nature secretive… it is difficult to accurately measure how much wealth the citizens of Zimbabwe have lost because of cartel activities.” Nevertheless, the authors provide several examples that point to the sheer scale of the theft:

However, what is unusual is that this report goes beneath the big numbers. The cartels it lists are unpacked and analysed in five case studies, looking at roads, fuel, agriculture, cigarettes and mining.

It uncovers the ways cartels made Zimbabwean politicians and business people enormously rich, although most of their wealth is hidden and banked outside the country, as revealed in the 2016 Panama Papers (see reports here and here).

The report argues that the 2017 military coup that removed Robert Mugabe left the economic system he had honed to serve the Zanu-PF elite largely untouched, with only a slight reshuffling of loyalties.

On the other hand, the cartels have left ordinary Zimbabweans among the poorest people in the world:

The Zanu-PF government has responded to this deepening and largely self-made socio-economic crisis by entrenching rule by law rather than rule of law, and the rights in Zimbabwe’s progressive 2013 constitution seem to be observed more by omission.

In the words of the report, “law is used as a tool of political power to control citizens, rather than rule of law, whereby law is used to control the state and people in power”.

The research that informs the report was undertaken through an exhaustive literature review, as well as interviews with a number of people in Zimbabwe. Because of the threat of repression the interviewees are all anonymous and records of interviews have been destroyed. To ensure the integrity of the report Maverick Citizen undertook an independent fact-checking exercise and can vouch for the veracity of the information it contains.

It is, therefore, we believe, the most up-to-date and complete analysis in the world of how a whole economy is being hijacked.

Why the report is relevant to South Africans

First, our countries’ destinies are inextricably linked. We are all Africans, all victims of colonialism, of the arbitrary drawing of borders and now of predatory post-colonial elites.

Second, the report offers an anatomy of advanced state capture which should be instructive to how we understand our own recent experience. As witnesses to the Zondo Commission reveal more every day, Zimbabwe is an example of the country South Africa could have become were it not for the resistance of civil society, the media and the judiciary. The parallels and similarity in modus operandi are remarkable.

For example, the report (p20) details how the Zimbabwe National Road Authority (ZINARA), awarded a contract to a company for motorised graders “worth $8-million in 2012 where other bidders have quoted for $5.2-million. ZINARA ordered 40 more machines in 2013, despite criticism that the graders were inappropriate for Zimbabwean conditions.”

This seems troublingly similar to the scandal over the Passenger Rail Agency of South Africa’s (PRASA) purchase of trains that were too large to fit on South Africa’s railways, and the manner in which PRASA, like ZINARA, was captured and then looted for private gain.

Third, it is important because South Africa is deeply implicated in Zimbabwe’s ruin. Our crooked businessmen are the buyers of the diamonds, gold and tobacco smuggled or sold from Zimbabwe, but not declared or accurately priced for tax evasion purposes.

Our ruling party, the ANC, continues to cover for a political party that long long ago shed its progressive credentials.

And, as Chin’ono pointed out on Instagram several weeks ago in response to South Africa’s increasing militarisation of its borders to keep hungry Zimbabweans out, the problem is that “President Ramaphosa stands in solidarity with President Mnangagwa’s regime which authors unemployment and has destroyed the job opportunities that Zimbabweans seek in your country. It is a political problem that will remain in place until it is solved and when your own political elites in the MyANC stop supporting the political rot in Harare directly or implicitly.”

In its conclusion, the report admits that “curbing the activities and impact of cartels is a very daunting task for which there is little political will among those in power”.

“A clear majority of the actors whose responsibility it is to address cartel behaviour have become financially dependent on, and complicit in, their activities.”

External monitoring of Zimbabwe, together with supporting key institutions and individuals within Zimbabwe, are identified as key activities, something South Africans should be doing much more of. Despite rule by law, institutions like the Zimbabwe Anti Corruption Commission, the Office of the Auditor-General and key NGOs continue a valiant struggle for good governance, constitutionalism and social justice. The report advises that we should find ways to support them.

In addition, given the snuffing out of civic space in Zimbabwe, there is a heavy responsibility on people outside Zimbabwe who can act in solidarity by, for example, applying external pressure on companies and individual businessmen that are profiteering from state capture, and requiring that they implement responsible business legislation and policies developed by the United Nations.

With the election of Joe Biden as US president there is one less “big man” in the world behind which tyrants can hide, and it is hoped that through multilateral institutions (rather than unilaterally) the US will become a force to advance democracy and human rights again.

But in all of this South Africa has a unique role: our media, our revenue services, civil society, business and government all could play a much greater role in reversing cartel capture of the Zimbabwean state and the immiseration of millions of people.

It is with that expectation that we have decided to publish this report. Hopefully, the truth will help set Zimbabwe free. DM/MC