Two biggest black-run property firms might head for the... 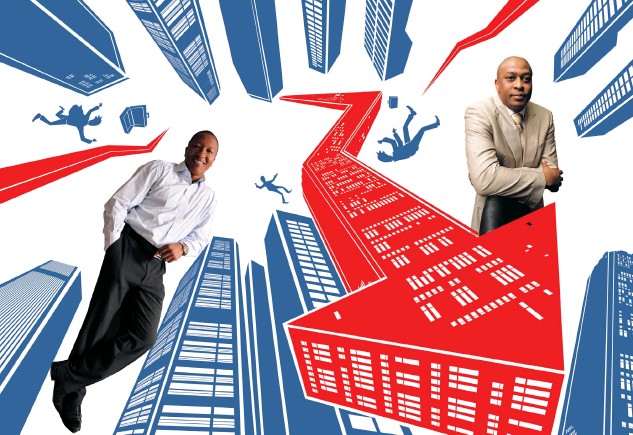 Trading in Delta Property Fund shares has been suspended by the JSE over recently uncovered fraud at the company. Rebosis Property Fund wants to go private to solve its debt problems. This could be a major setback for racial transformation in the property sector.

It has been a horrific turn of events for Delta Property Fund and Rebosis Property Fund, two of the biggest black-run companies on the JSE’s real estate sector, which is worth more than R200-billion.

Shareholders have watched the value of their Delta and Rebosis investments implode recently as both companies lurch from one extreme crisis to another – ranging from shocking governance problems to overall bad management decisions.

Delta shares, the trading of which has been suspended by the JSE (more on this later), tumbled by 51% in 2020, wiping R257-million off from its market value. Rebosis has also felt the sting of unforgiving shareholders as its B shares fell by 31%, shaving R69.9-million off its market value. Unfortunately, the value destruction for shareholders hasn’t ended there but has continued into the early days of 2021.

Delta has been rocked by suspected fraud and procurement irregularities that implicate former executives in wrongdoing. This has sent shockwaves through the investment community, conjuring up fears that Delta has followed in the corruption footsteps of Steinhoff, Tongaat Hulett, EOH, and many others in corporate SA.  Meanwhile, Rebosis is facing debt problems that have become so large that the company is now technically insolvent, with current liabilities exceeding the value of its current assets by R9.8-billion.

“It’s sad to see the underperformance of both companies. Their listings more than seven years ago on the JSE marked a significant shift in the real estate sector,” said a Johannesburg-based money manager who has dumped Delta and Rebosis shares in his investment portfolio.

Rebosis, which owns shopping malls and office properties, was listed on the JSE in 2011 by Sisa Ngebulana, a lawyer-turned-property developer.  In the following year, real estate baron Sandile Nomvete took Delta public. Delta leases office space to the government.

Rebosis and Delta listed at a time when there was a drive to get several black-owned and black-run real estate companies on the JSE, because the sector has a big racial transformation problem, from a management and ownership perspective.  Today, Delta, Rebosis and Dipula Income Fund are among the few black-managed real estate companies on the JSE, which has 34 counters in the sector.

But this positive track record of growth might be undermined by worrying revelations in recent weeks about the affairs of Delta and Rebosis, which could sully the reputation of their management and force both companies off the JSE. This would be a setback for transformation in a real estate sector that still battles to have a meaningful proportion of black executive management, said Craig Smith, head of research at Anchor Stockbrokers.

“The real estate sector has a lot of work to do to promote and appoint suitably qualified non-white and female executives across the board. There are numerous studies which highlight that diverse teams and management teams are able to deliver better long-term results for stakeholders,” he told DM168.

On 9 December 2020, Delta informed shareholders that a forensic investigation by auditor Mazars had uncovered procurement irregularities, fraud relating to unethical dealings, and nondisclosure of related-party transactions totalling R46-million. Former Delta executives Sandile Nomvete, Shaneel Maharaj and Otis Tshabalala were implicated in the shady goings-on at the company. The trio have denied all allegations of wrongdoing.

Crafty accounting and unsavory property management practices at Delta pushed the board to reduce the company’s property value by a colossal R2-billion. It postponed the release of interim results for the six months to August 2020 and withdraw financial statements for the year to February 2020 because they cannot be relied on.

The withdrawal of the financial statements prompted the JSE to suspend Delta shares from trading, with the bourse saying the suspension would protect shareholders from a freefall in the company’s shares.

At the same time, Rebosis is mulling a delisting from the JSE to solve its crippling debt problem. Ngebulana’s plan to save Rebosis from collapse involves finding investors to pay its short-term borrowings of R10.2-billion, most of them due in 2021 to commercial banks, and take the company private.

The source of Rebosis’s debt problems lies in its ill-fated acquisition spree in the UK. It paid R1.26-billion in 2015 for a stake in UK shopping centre owner New Frontier Properties (NFP), using cash and debt. A year later Brexit happened and Rebosis had to write down the entire value of its NFP investment. Rebosis later sold the investment, leaving a debt overhang on its balance sheet.

The Rebosis balance sheet has deteriorated to the extent that its external auditor, BDO SA, has warned that the company’s going-concern status or ability to survive for the foreseeable future is threatened. Ngebulana has repeatedly said he is prepared to sell more Rebosis properties to free up working capital and pay down debt. DM168