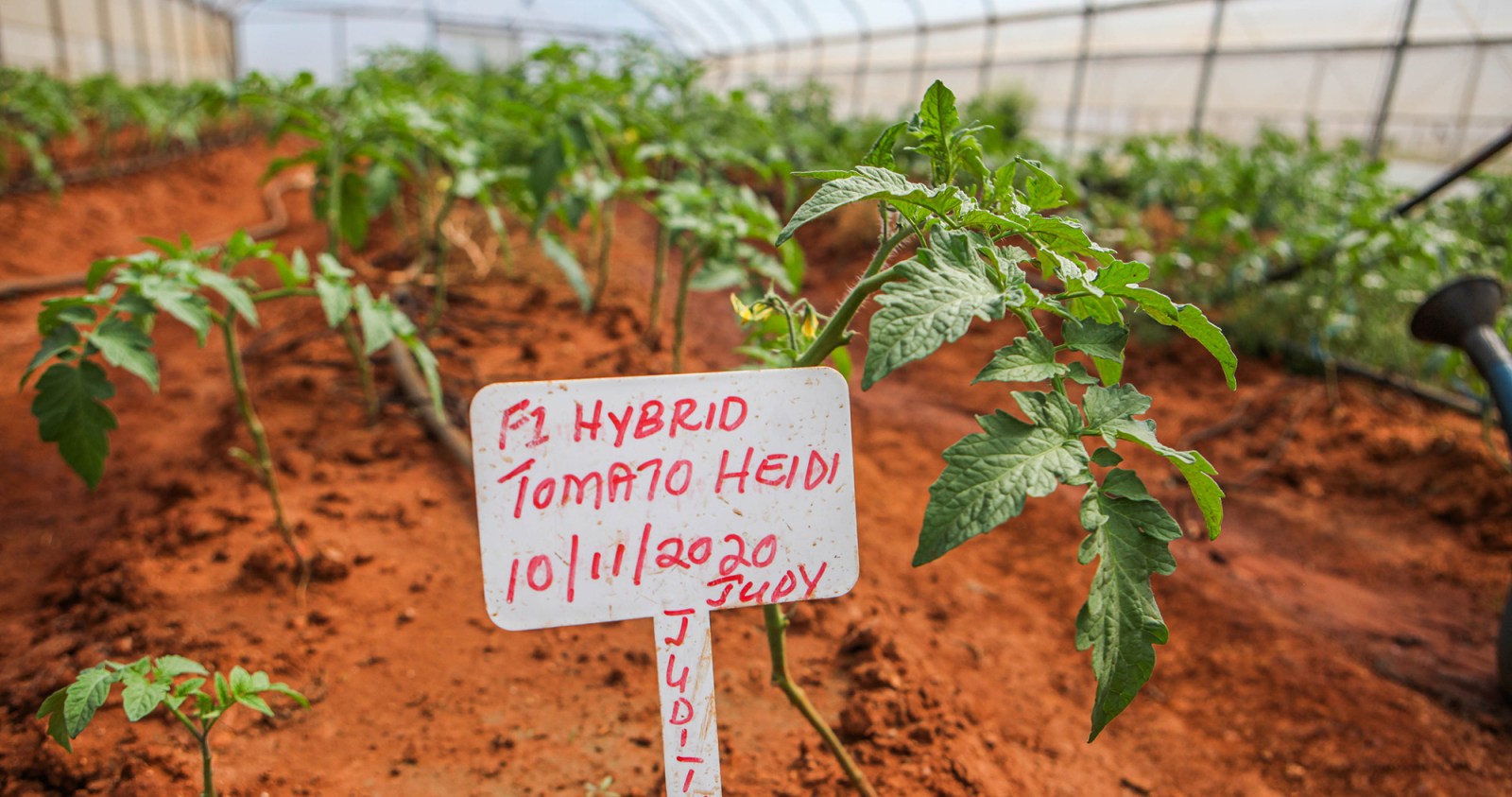 The seed for food sovereignty has been firmly planted on South African soil. It is this seed which must now grow into a stronger, bolder, impactful network that can take food sovereignty to the next level.

The Climate Justice Charter correctly calls for land redistribution and the transformation of South Africa’s food system. In contrast to this, most agricultural economists who advise government on its food policy regard this food system as sacrosanct. Yet it leaves the majority without the land on which to produce food for themselves, their communities and regions.

Given how government is committed to serving the markets, it is not surprising that our country’s land and agrarian policy pays inadequate attention to food sovereignty, as it is based on the mistaken belief that only large-scale farmers can produce our food.

At the apex of this food system is an industrial model of agriculture owned and controlled by individual and corporate beneficiaries of land dispossession, cheap black labour, apartheid state subsidies and the 1990s deregulation and liberalisation of agriculture. This industrial model of agriculture relies heavily on fossil fuels for running agricultural machinery and manufacturing fertilisers, pesticides and other inputs. It is not a surprise that after more than six decades of the heavy use of chemicals derived from fossil fuels, South African soils and the entire agro-ecology are exhausted and strained to the limit.

In addition, the industrial food system destroys forests and water systems, produces massive waste, its transport systems are energy-intensive, and its processing, packaging and refrigeration processes make a significant contribution to greenhouse gases. The industrial model has resulted in the situation where food is one of the key drivers of climate change: how our food is produced and arrives on our tables accounts for about half of all human-generated greenhouse gas emissions. In its critique of the industrial model of agriculture, the Climate Justice Charter argues that this model “produces hunger, uses water inefficiently, destroys nature, releases carbon and is generally unhealthy”.

Given this unsustainable and inequitable reality, the Climate Justice Charter believes that South African households and communities can feed themselves sustainably through the alternative logic of food sovereignty. It then posits the food sovereignty pathway as the direction that can offer “food producers, small-scale subsistence fishers, informal traders and consumers the power over their own food commons systems to ensure that culturally appropriate and nutritious food is available to all”.

The food sovereignty alternative promoted by the Charter is emancipatory, goes beyond organic agriculture as a middle-class fad, is in line with land and ecological justice, is transformative and ecologically sustainable. Globally, the food sovereignty alternative is championed by La Via Campesina, the global small farmer and peasant movement. La Via Campesina has conceptualised food sovereignty as primarily being about the rights and autonomy of countries and communities to define and develop their own land, agricultural and food policies where food production and consumption are organised to sustainably meet shared social needs. La Via Campesina also emphasises democratic social control over land, water, and seed as well as productive resources. In this regard, the Climate Justice Charter believes that this extends to biodiversity, control of seeds and resources for production in ways that “affirm the importance of indigenous knowledge, local markets, control of the water commons, the ecosocial function of land, and good health”.

The Charter also calls for big farms “to be deconcentrated to ensure land justice, but in a manner that is fair, strengthens reconciliation and builds solidarity”. From the food sovereignty standpoint it is clear that apartheid land ownership, together with deregulated and liberalised agriculture, undermine the goal and logic of climate justice.

The Charter’s emphasis on reconciliation is correct as it is a principled critique of EFF-like populism. But this emphasis on reconciliation can be misread to leave historical injustices unaddressed or to mean compromises that leave most land resources among white owners. As global land reform history shows, there is not a single case of redistributive land reform that has been possible without the most thoroughgoing transformation of land ownership and property relations. If such transformation is resisted and undermined by current landowners, it is only logical that militancy and anger around land and food will increase.

In other words, even the food sovereignty logic and the Charter’s call for reconciliation must not mean the avoidance of sustained mass mobilisation and pressure including the occupation of land by the land-hungry. There is not a single case of successful land reform without mass struggle directed at land owners. Such mass struggle does not have to mean chaos or racial hatred. However, in the struggle for food sovereignty conflict may be unavoidable, and it must be approached on a principled basis.

There are many examples around the world based on systems of localised and decentralised food sovereignty in both urban and rural contexts. Havana in Cuba, Dehradun in India, Nairobi in Kenya and many cities in West Africa are examples of urban cities that have achieved varying degrees of food sovereignty.

Organisations such as GRAIN and La Via Campesina have shown through research and activism that the redistribution of land to small farmers and indigenous communities is a starting point when it comes to food sovereignty. They have also shown that this must go together with policies to support local markets and ecological agriculture. This combination of measures can cut global greenhouse gas emissions in half within a few decades, significantly curb deforestation, and meet the food needs of the world’s growing population.

In South Africa, organisations such as the South African Food Sovereignty Campaign (SAFSC), the Inyanda National Land Movement, the Siyavuna Development Centre, the Umgibe Farming Organics and Training Institute, and many others have begun to plant the seeds of a food sovereignty network reaching some 20,000 organic farmers in all of South Africa’s provinces.

For example, the Siyavuna Centre works with more than 2,000 farmers in KZN’s South Coast to grow pesticide-free, naturally grown vegetables for farmers’ own consumption and trading the surplus for income generation – sold under the Kumnandi brand. Umgibe works with more than 50 women-led cooperatives in the eThekwini municipality. Through its work, the Umgibe cooperative network has enabled communities to access locally grown, healthy food, and developed the community by training community members in organic farming, crop production and food processing.

Environmentally, the Umgibe system has seen its members reducing the amount of water used in food production, diversion of more than 10,000 plastic bags from landfills by utilising them as growing bags, and reducing carbon emissions by reducing transport activities in local food provision. The Umgibe network provides a sustainable source of income for more than 497 families that are members of the partner cooperatives. Part of this income comes from contracts with hospitals.

For its part, the Inyanda movement has also established some 20 cooperatives and five indigenous seed banks, and has produced more than 50 advanced agro-ecological farmers.

These examples demonstrate that the seed for food sovereignty has been firmly planted on South African soil. It is this seed which must now grow into a stronger, bolder and impactful network that can take food sovereignty to the next level.

As the words of the Climate Justice Charter proclaim, food sovereignty can stop climate change and feed us all. This belief requires the transition to a mixed farming sector initially – a sector that includes different scales and types of production, including the subdivision of large commercial farms with a strong focus on food production allotments for household consumption.

Key measures to achieve this transition include:

These measures are only initial steps towards a long path of transforming agriculture away from domination by large-scale industrial agriculture where conditions for food sovereignty from household to national level may be possible and irreversible. DM/MC

Mazibuko Kanyiso Jara is an activist, trainer and popular educator based in Keiskammahoek.

Daily Maverick’s Our Burning Planet and Maverick Citizen are partnering with the Climate Justice Charter Movement to report on issues central to our survival – the climate crisis and people’s democratic alternatives. This article is part of that series.