Is a wealth tax in South Africa really a bad idea? 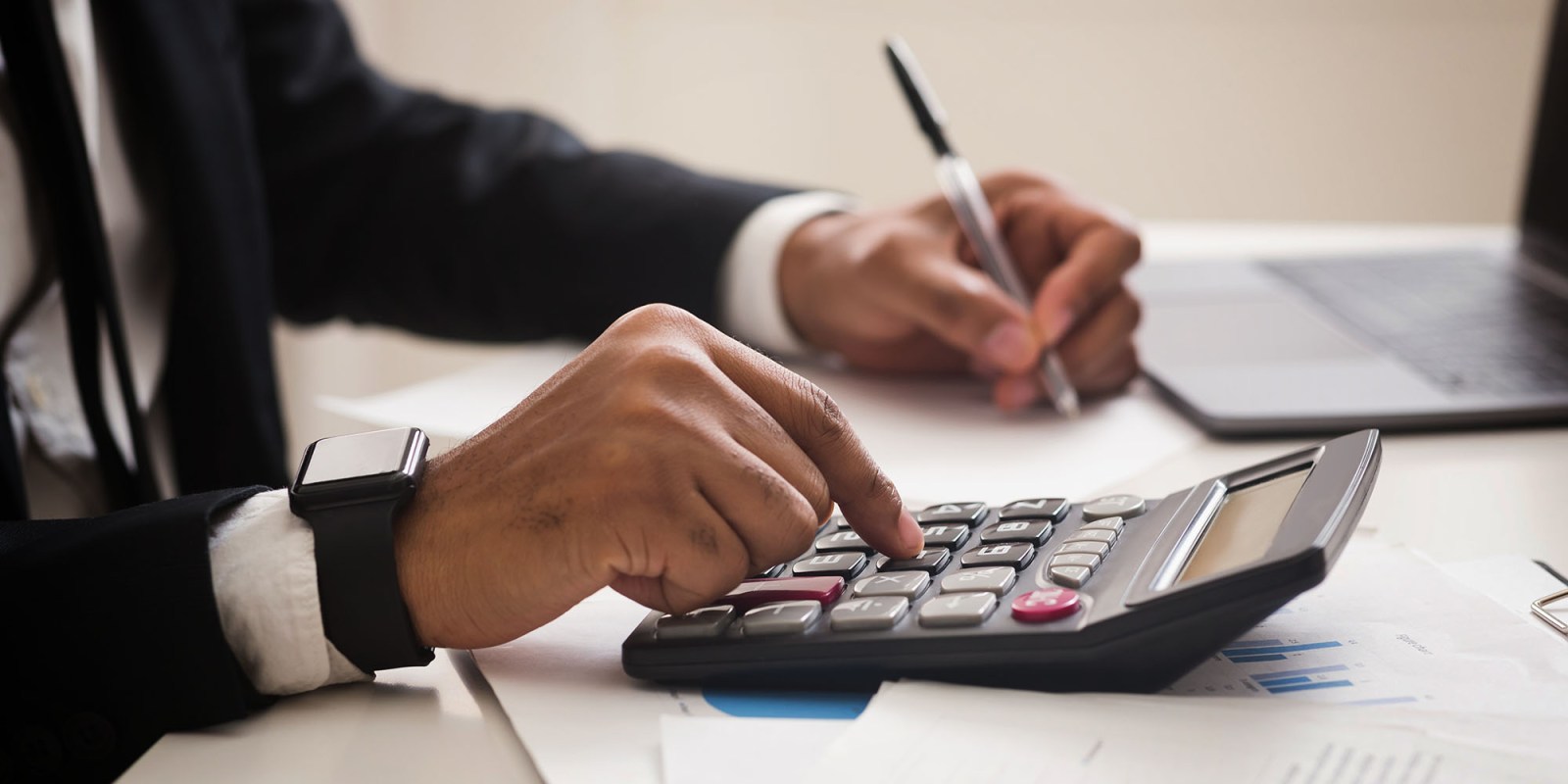 Recently, Tim Cohen published an opinion piece partially in response to our policy paper, which investigated the feasibility of a wealth tax in South Africa. Our objective was to provide transparency about the data and calculations, but crucially to provide information to citizens and policymakers that would result in public debate. However, some assertions made in the opinion piece are misleading. We address them here:

South African government has not imposed a wealth tax before

The article conflates income taxes, capital income taxes, and wealth tax. It incorrectly states that Minister Pravin Gordhan imposed a wealth tax in 2017. A wealth tax is, as clearly stated in our report, a tax on the value of an individual’s net assets. The first tax reform mentioned in the article applies to the Personal Income Tax (PIT), i.e. essentially tax on labour income. The second tax reform mentioned is the tax on dividends. This is a capital income, i.e. income received from a specific asset (shares in a company). There is some debate about whether a high capital income tax is equivalent to a wealth tax, both in terms of revenue and the valuation of the residual asset base. However, they are two very different tax instruments, each with their own advantages and disadvantages. Accuracy here is paramount when comparing implementation, revenues and behavioural responses. For example, in response to changes in income taxes (including capital income taxes), people can reduce labour supply, shift income from high to low tax class, change the timing of their receipts, or inflate deductible expenditures in order to avoid taxes. Behavioural responses to a progressive tax on net wealth are different in nature; they would typically consist in overestimating debts, hiding, spending or under-valuing assets. This highlights why we should be accurate when discussing the pros and cons of a specific policy.

Our proposal focuses on the top 1% of wealth, or net assets (and not income). A targeted wealth tax like this keeps intact the flows of income for people that rely on jobs for incomes, even those in the top decile of the labour income distribution, whose primary source of income is from salaries. In a pandemic, protecting flows is crucial to maintain economic activity.

About the progressivity of SA’s tax system

If we allow that the author is more broadly discussing tax on the wealthy, rather than tax on the wealth itself, then there are other debates. The PIT itself is highly progressive, that is true. However, when viewed as part of the tax system as a whole, there are a few caveats. Dividends tax is a flat rate of 20%, so not progressive, and much lower than the top marginal tax rates of the PIT. Capital gains are taxed at a lower effective tax rate as well. We know that ownership of shares are highly concentrated in the case of South Africa, and that a large portion of the incomes of the super-rich are capital incomes. Such a tax structure may favour those who can switch between income, wealth and capital gains to reduce their tax liabilities, and so often does not favour those with labour incomes only. Therefore, the progressiveness of South Africa’s tax regime is not as clear cut as the article suggests, and a wealth tax on the richest would actually make South Africa’s tax system progressive at the very top.

Our numbers are based on the most up-to-date information available to researchers, not ‘consummate fantasy’

In estimating tax revenues, we have applied tax rates to a tax base. This tax base comes from our estimation of household wealth distribution in South Africa, which is based on data from National Accounts from the South African Reserve Bank for total aggregate wealth, and a mix of household data and tax administrative data to estimate the distribution of that wealth (see the full article for a complete explanation). Although this exercise is complex and subject to some uncertainties, various other sources of data corroborate this estimation, and even lead us to believe that our tax base figures are actually conservative (see section 2.5 of our policy paper). When it comes to estimating tax revenue, we make very careful assumptions. We use parameters for behavioural responses that are in line with the most recent literature, and provide estimates that incorporate up to a 50% reduction of the tax base (encompassing all potential behavioural responses, such as evasion, under-reporting and so on). We also take into account an anticipated 20% stock depreciation, though according to Forbes, wealth has appreciated for the richest in South Africa. All the data required to compute the tax revenue is available online, free to download, all assumptions are clearly stated and justified.

The author argues that our numbers are overestimated based on speculation about where South Africa sits on the Laffer curve, and that the lower tax revenue collection from the 2017 personal tax reforms indicates that we are beyond the Laffer-optimal income tax rate. First note that the Laffer-optimal tax rate could have been reached for income, but not for wealth. This is because, as stated above, the behavioural responses captured by the Laffer-optimal tax rate differs from one tax instrument to the other. Let us put aside the fact that this claim is about income and not wealth, and therefore does not, as such, apply to our wealth tax. Does his Laffer curve argument even hold with regard to the 2017 reforms?

In March 2017, the top marginal tax rate for individuals earning more than R1,500,000 was raised from 41% to 45%. Taking this reform into account (and probably projected growth and inflation), the government had anticipated to generate R482-billion of tax revenue from the PIT (see page 51 of the Budget Review 2018). However, it only collected R461-billion (see page 48 of Budget Review 2020). From this the author concludes that “Increasing the tax rate garnered exactly nothing”. But here the author seems to confuse an over-estimation of the expected tax revenue, with a decrease in tax revenue.

In fact, PIT revenue increased after the reform by 8.6%. Moreover, this is 4 percentage points higher than the progression in VAT revenues – whose rate has remained stable over the period of interest– and 2.25 percentage points higher than the progression of all tax revenue together (see table 3 of the National Treasury Time Series). From these aggregate figures, it seems that, if anything, the increase in marginal tax rates may have supported the growth in PIT revenue above average. Obviously the government did overestimate expected PIT revenue for 2017/2018 by 4.6%. And the same is true for instance about the VAT for the same period (4.6% as well). However, this is only indicative of the difficulty to make predictions in economics, and does not prove, at all, that the Laffer-optimal income rate is below 45% in South Africa.

This being said, we do not claim that the above-mentioned aggregate figures demonstrate no behavioural response at all. Most probably there was a behavioural response, but estimating the magnitude of this is not as simple as looking at changes in aggregate figures, as the author does. To duly assess this, a proper analysis using micro-data is required to disentangle the impact of the tax reform on taxable income from other potential confounding factors also affecting people’s income. And even so, one would often still need to make assumptions to understand whether the observed response is due to under-reporting, income shifting or real labour response. This is crucial for the policy response as a strong labour response would typically call for lowering tax rates, while under-reporting or income shifting would call for stronger enforcement or fiscal harmonisation.

Of course, we would expect to see some behavioural response to a newly imposed wealth tax (and we take this into account in our tax revenue estimates). However, we need a much more thoughtful analysis to assess whether SA’s tax system has reached the tip of the Laffer curve, and even whether the general Laffer curve concept is appropriate in analysing what the response to a wealth tax would be. The discussion of policy in the public sphere will be distorted unless the issues are fairly represented. BM

Aroop Chatterjee is attached to the Southern Centre for Inequality Studies – University of Witwatersrand, Léo Czajka with the Université Catholique de Louvain, and Amory Gethin with the World Inequality Lab – Paris School of Economics.