Durban dishes up some (mostly) real housewives, including Zuma’s ex-fiancée 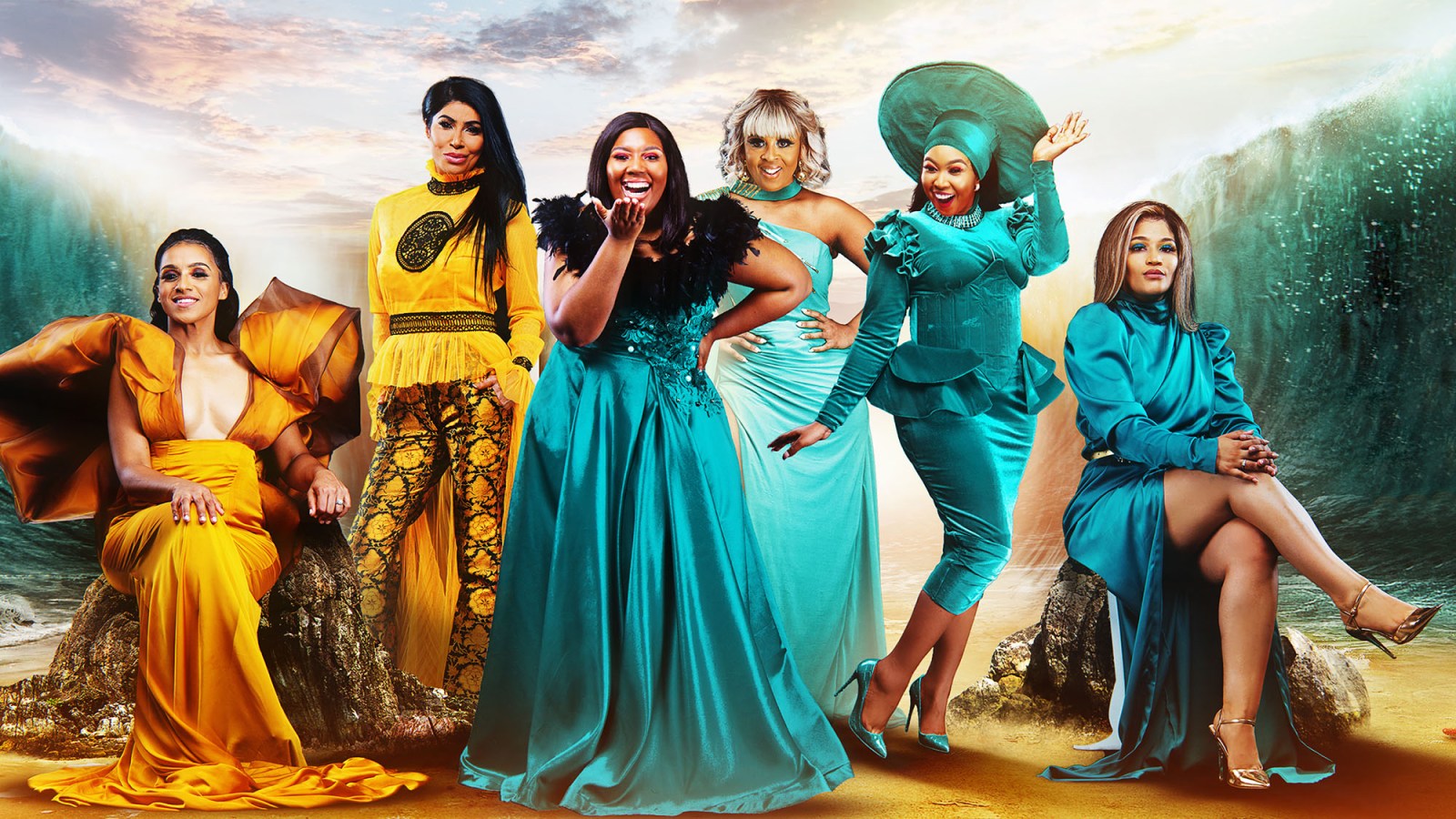 This is not Conco’s first stint on a reality show. Last year, Legend Manqele, who produced shows like Being Bonang and Living the Dream with Somizi, confirmed he was producing a reality show with the Zumas.

The opulence, wealth and drama that’s often displayed on the Real Housewives shows is what attracts millions of viewers across the world, and this week six women from our balmy east coast port town got to show off their glitz and glamour in the premiere of The Real Housewives of Durban.

An intimate associate of our former president, his ex-fiancée Nonkanyiso Conco, extends her 15 minutes of fame on the show. Conco, who is in her 20s, was reported to have been engaged to the 78-year-old polygamist in 2018, but by last year there were reports that the relationship was over.

This has also reportedly also led to a strained relationship between Conco and her father, Fartescu Conco. Zuma’s father-in-law claimed that Zuma had not paid lobola for Conco.

A year ago, Conco, who has a child with Zuma, posted a caption on Instagram which led many to believe that Zuma was an absent father. In the caption, Conco wrote: “I have made peace with [the fact] that I’ll attend school activities alone, travel the world with him alone and take all responsibilities on raising a boy child and [instilling] best values in his life.”

Conco later denied painting Zuma as an absent parent. The post was the declaration of a young woman who is marrying a polygamous man and she had made peace that theirs was not an ordinary union, she said.

This is not Conco’s first stint on a reality show. Last year, Legend Manqele, who produced shows like Being Bonang and Living the Dream with Somizi, confirmed he was producing a reality show with the Zumas. It was to air in 2020. The show hasn’t hit the screens and it’s unclear if it ever will.

Conco, who has shied away from publicly speaking about her relationship with Zuma, owns Laconco Naturals, which sells body butter, bath soaps and body scrubs.

Conco was absent from the premiere episode, and we’re yet to see whether she will speak about her relationship with the former president.

In the premiere episode, viewers are introduced to Sorisha Naidoo, who many South Africans know from the soapie Scandal! Naidoo, who was Miss India South Africa in 2002, forms part of the cast of six women on the show. This also isn’t Naidoo’s first reality show; in 2016 she was on Divas of Jozi, which played on SABC 3.

Naidoo’s husband is controversial businessman Vivian Reddy, a Jacob Zuma benefactor who in 2012 said that he’d loaned Zuma the money to build Nkandla.

In the first five minutes of the show, viewers get to see the inside of her luxurious mansion, as well as a bird’s-eye view of the mansion Naidoo shares with her family. Naidoo, who pasts lived in Durban for the past 10 years, has two children with Reddy.

Another cast member is the wife of the late award-winning gospel singer Sfiso Ncwane, Ayanda Ncwane. She is the CEO of Ncwane Communications and is the president of the Africa Gospel Awards. Ncwane lives with her two children and her brother, who’s also her stylist.

Kgomotso Ndungane, who is married to former Sharks and Springboks player Odwa Ndungane, joins the show as well. “I still have no clue what happens on that rugby field,” she sheepishly said on the premiere episode.

Besides being a wife and “a cool mom”, as she described herself on the show, Ndungane, like many of the cast members, isn’t a housewife. She owns a florist company and an events company. She also recently launched her luxury personal care brand, LeLaPa.

Another wife on the show will be Annie Ludick, who is married to Kgolo Mthembu, who runs a marketing and events agency. On the phone with DM168, Ludick described herself as “sassy, fun and energetic”. She runs a number of businesses including a beauty studio and a dance agency.

According to Falkof, one of the reasons shows like this get such high ratings is thanks to the “overwhelming appeal of aspiration. That’s a huge thing in this country, where there are so many people who will never be able to afford to live like that but they can afford to watch other people live like that…”

Ludick’s reasons for joining the cast aren’t surprising, said Nicky Falkof, a media studies lecturer at Wits, who studies race, gender and pop culture. “We’re at this cultural moment where any exposure is good exposure. You can go on a show, amass more followers, build your brand and then monetise having a large following,” said Falkof.

The sixth cast member is Nonku Williams, a 41-year-old businesswoman who recently launched a wine brand, Ashes to Beauty Winery. She also has a construction company and a logistics company. The mother of three children, Williams, who is one of the few unmarried cast members, said she has in fact previously been married. “I was married for five years … and it wasn’t pleasant,” she said frankly.

In the premiere episode, Naidoo invites the women into her home to celebrate Diwali. In this episode, Conco is absent and only gets introduced to viewers in the following episode.

At Naidoo’s home, the women look dashing in their Indian-inspired attires (except for Williams, who seemingly wasn’t told the dress theme), but tension hangs over Imraan the room between Ncwane and Williams.

The ending scene sees Williams drop a bombshell and do what the Real Housewives shows do best: leave viewers gasping at the homes of the wealthy and their messy lives.

The Real Housewives franchise started in 2006 and has led to a number of spinoffs, from the US to Canada and New Zealand. The franchise has often been criticised for its gender stereotyping and the fact that shows are often racially homogenous.

“In our current times of enormous crisis, everyone is extremely stressed, so pleasant, entertaining, undemanding pieces of media can be enjoyable for a lot of us, but these [reality] shows were quite popular way before Covid-19,” said Falkof.

According to Falkof, one of the reasons shows like this get such high ratings is thanks to the “overwhelming appeal of aspiration. That’s a huge thing in this country, where there are so many people who will never be able to afford to live like that but they can afford to watch other people live like that…”

In a statement released by 1Magic announcing the premiere of The Real Housewives of Durban, Nomsa Philiso, the director of Local Entertainment Channels at M-Net, said: “Reality TV has become our most followed genre not only because it gives viewers authenticity and entertainment but [it] resonates with their lived experiences as it gives them a glance in a world which they aspire to live one day.”

Although there has been confusion as to whether the show will also play on 1Magic, Kevin Kriedemann, Showmax’s publicist, clarified that the show is confirmed to be on Showmax only, although it may later be aired on 1Magic, said Kriedemann. DM168

The Real Housewives of Durban premiered on Friday 29 January on Showmax.