#PayTheGrants: Activists call for the Social Relief of Distress grant to be extended and increased to R585 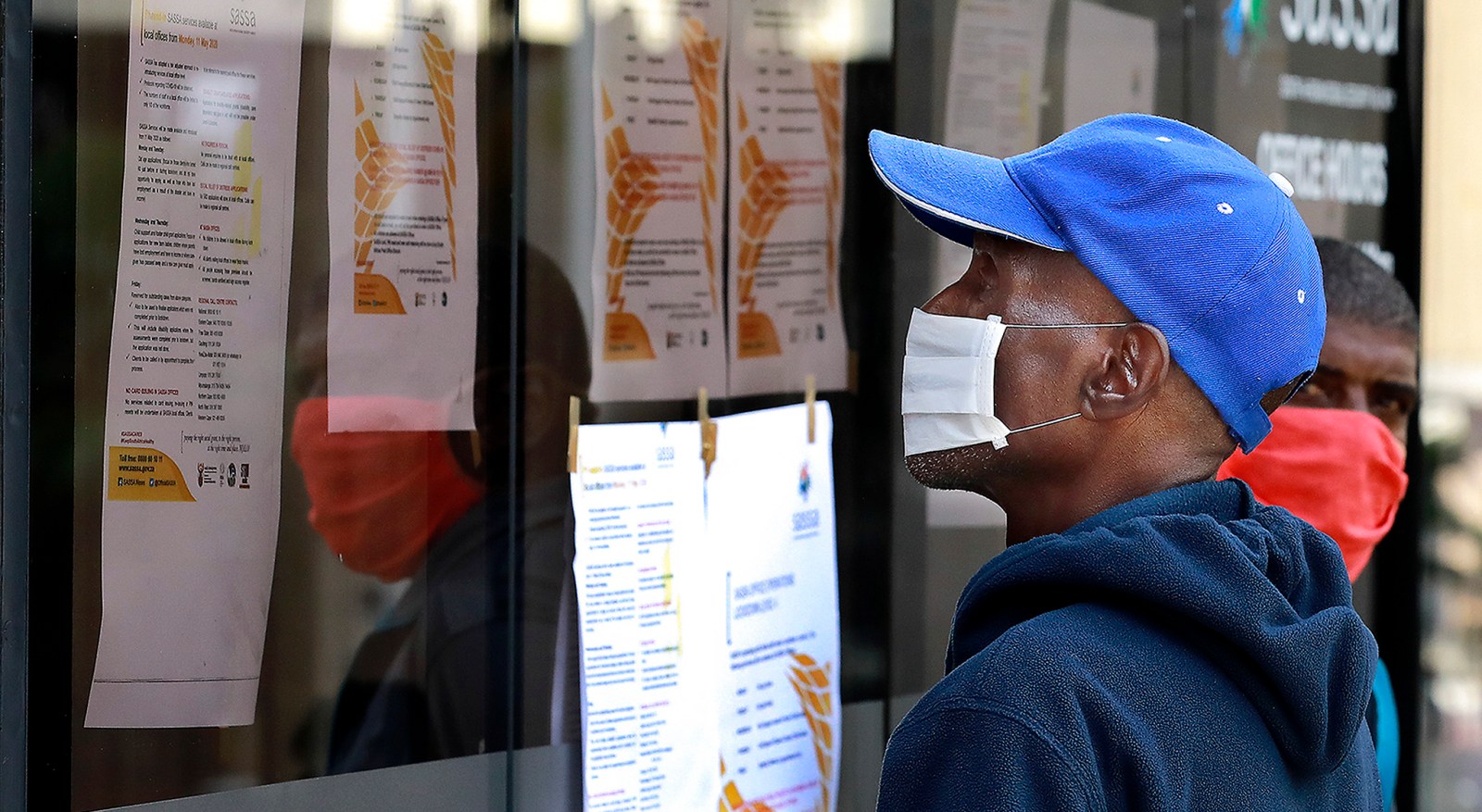 On Thursday, 28 January, civil society activists including Thuli Madonsela and Zwelinzima Vavi convened a media conference calling for the extension of the Social Relief of Distress grant — and for the grant to be increased from R500 to the poverty line figure of R585 a month. They also lobbied for a basic income grant.

The #PayTheGrants campaign for the extension and increase of the Social Relief of Distress grant has been signed by more than 180 civil society organisations and makes the following demands:

Duduzile Dlamini, a sex work activist, lamented the fact that members of the LGBTQIA community and sex workers were not included in the government’s plan to provide social relief during lockdown.

Dlamini said this meant that they were unable to provide food for their families or even pay rent, which led to increased homelessness, gender-based violence (GBV) and human rights violations, particularly from the police.

“Sex workers are human, mothers, breadwinners and need to be recognised as workers in South Africa,” Dlamini said.

She said that the R500 grant was important for all South Africans and made a lot of difference in people’s lives, particularly because the price of commodities had increased during the lockdown and second wave.

She said some members of the LGBTQIA and sex worker communities had resorted to fundraising campaigns on platform BackaBuddy to supplement their income.

Activist Gadaffi Moreroa told the conference he was an SRD grant recipient and that he did not understand why the grant could not be extended until at least a month after lockdown. He asked how people were expected to put food on the table if the government was telling people to “stay home”. He said the accessibility of grants needed to be reviewed — payment points were often inefficient and costly to get to.

Reading a statement from civil society coalitions calling for the grant extension, Daddy Mabe from the Assembly of the Unemployed said he found it difficult to understand why the government was ending the SRD grant while the lockdown still persisted. Mabe said the grant had helped millions of families during deep economic and social distress, especially in the light of rising food prices.

Mabe said the coalition was speaking out against the move to stop the grant as anti-women because the caregiver grants were overwhelmingly received by women. Mabe said South Africa was already the most unequal country before Covid-19 and that inequality had now increased under the lockdown.

He said the coalition did not accept that resources could not be made available for the grant extension. He read a message from a grant recipient which said, “We, the six million recipients are more than just a number, we are breadwinners, who hope for their future, we are also human beings trying to survive a devastating global pandemic in a system that has been built against them.”

Saftu general secretary Zwelinzima Vavi joined the call, affirming that Saftu supported both the extension and increase of the SRD grant as well as the basic income grant. He said people were living in dire poverty in South Africa, with 70% living below the poverty line.

Vavi said that the country needed to ask if it was willing to risk a total implosion of society because of growing inequality.

He said South Africa was considered to be the worst affected by GBV, which he said showed that “we are a nation at war with ourselves”.

Thuli Madonsela also lent her voice to the campaign, telling the conference that the grant was not only a constitutional imperative, but a necessary component of sustainable development. She said the grants had kept communities above water and pledged her support for the immediate extension of the SRD grant.

Madonsela said the preamble to the Constitution promised a society that was built on democratic values, social justice and fundamental human rights. The grant was a social and economic justice issue, she said.

Madonsela said she was calling for a sustainability strategy so that the country could “rise from the ashes of Covid-19”.

Alana Potter from the Socio-Economic Rights Institute said the economic impact of  Covid-19 on the informal economy (which made up 30% of the economy and contributed about 6% to GDP) had been devastating. She said the sector was critical to providing livelihoods and needed income support as a result of the lockdown.

Potter said that according to a National Income Dynamics Study (NIDS) survey, more than two million people who lost jobs during the lockdown in South Africa were women — and 60% of families were headed by women. She said the study showed that the bulk of women’s income went to food security and education, which meant that reducing income to women reduced income, food and education to whole families.

“We need to extend the SRD grant, we need to increase it and we need to use it as a bridge to the basic income grant,” said Potter.

Closing the conference, social justice activist Shaeera Kalla said that she had noted that the Department of Social Development had not been able to fulfil its promise of providing people with support during the lockdown.

Kalla pointed out that Sassa mobile service units had been closed during the lockdown, a move she said was irrational. She also said Sassa staff had been working at 50% capacity during the peak of the pandemic. This was unacceptable as it had also created a backlog of more than 19,000 applicants for the grant.

The #PayTheGrants campaign has been endorsed by more than 180 organisations. DM/MC