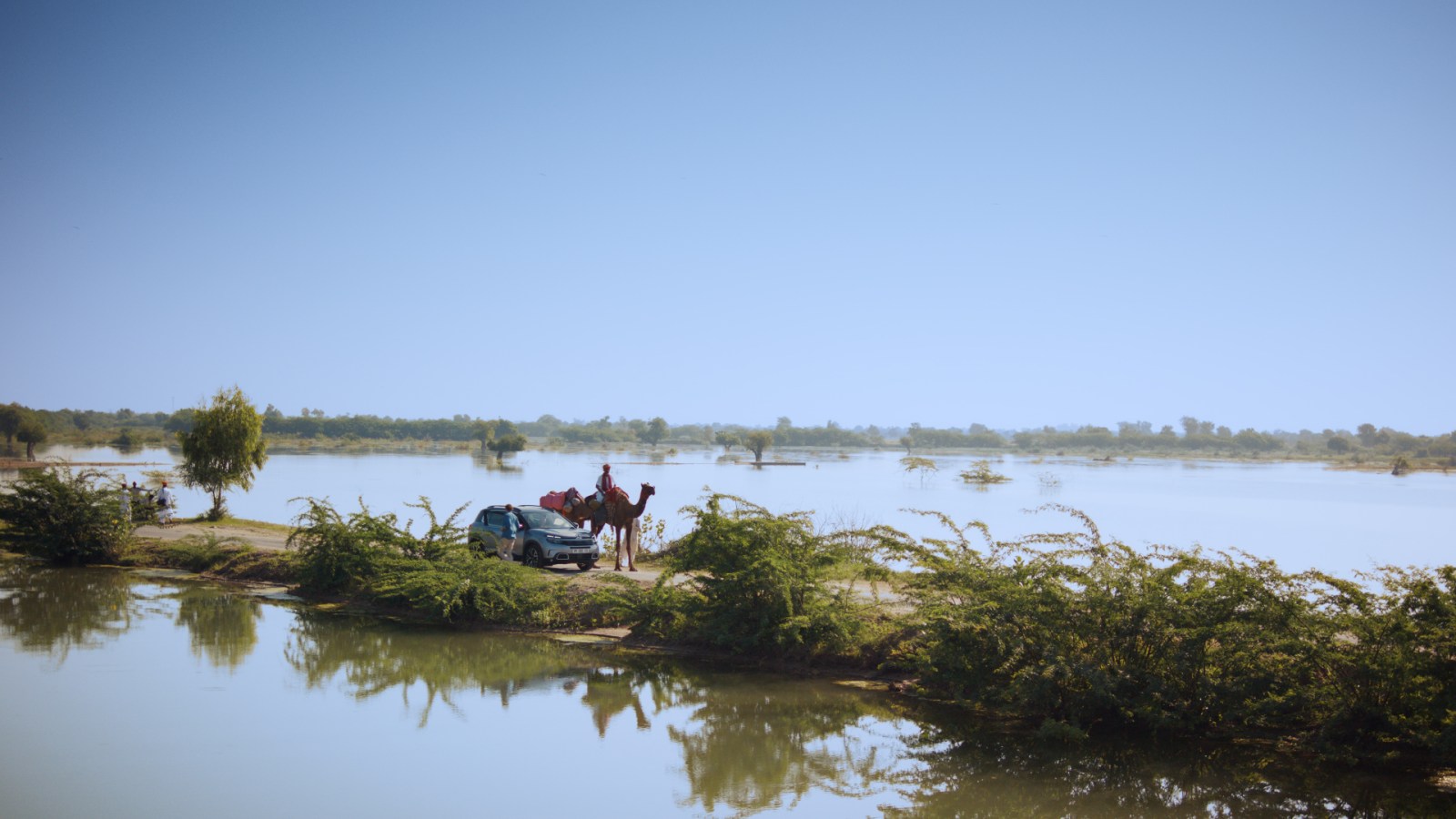 The Citroën C5 Aircross is a comfort car, not an alpha auto athlete.

Motor industry marketing is an interesting thing. Much of it is aimed at shoring up, or suggesting, the idea that the choice of car expresses some kind of truth about the owner. The days of negative comparisons in advertising are long gone but, especially among the luxury brands, the idea seems to be that the people who own Audis, Benzes and BMWs are achievers and, one could infer, everyone else is just an intergalactic loser.

From (Audi) to “The boss is back” (BMW X5), via “The best or nothing” (Mercedes-Benz) and “The pulse of a new generation” (A-Class), there is something relentlessly thrusting, perma-connected and alpha human about all of this stuff. Sportiness, expressive and emotional design, sophisticated expressions of the idea of luxury, seamless connectivity – these are all notions that the big luxury car brands try to own in a distinctive way.

In many cases, it works, and that car companies are sometimes able to engineer their products to actually reflect the marketing babble is the result of billions of dollars and a hundred years of practice.

You can’t hide from the truth that the Mercedes E-Class is a prestigious and intelligent piece of kit, or that the 5-series is classy and superb to drive.

So what, then, about the others? What about the non-thrusting, non-sporty, nonhigh-flying, non-uber-Deutsch types? What on earth, for example, is Citroën supposed to say about the C5 Aircross in a marketing space filled with “business athletes” and “intelligent drive” and all this all over the place?

Well, what they say is that we ought to “disconnect in complete comfort”, which is refreshingly unGerman. In fact, I would argue that selling disconnection, comfort and quiet is a far harder task than selling poise, handling, power and the latest connectivity gadgets. It’s easier to build a marketing campaign around a 1200-Watt, 12-speaker stereo developed by some clever Scandinavians and 700Nm of effortless tri-turbo thrust than it is to ask people to enjoy a little peace and quiet.

It’s like trying to punt a nice sit-down and a cup of tea as some kind of lifestyle. Many of us – especially parents who need spacious cars and more sleep – would dearly love to buy into the nice-sit-down-and-a-cup-of-tea lifestyle, but I have no doubt that Citroën’s marketing passed you by, drowned out by an assault of kilowatts and interactive satellite navigation and radar cruise control and voice recognition and a barrage of emotional, bold designs from the automotive powerhouses of Baden-Württemberg and Bavaria.

Well, let me tell you about the Citroën C5 Aircross. It is not especially powerful or fast or particularly poised. It’s a front-wheeldrive crossover, so it’s neither a car nor an SUV. There is some very high-end safety kit but all the other tech stuff is so-so. In fact, in techno-bahnstormer terms, there’s very little to recommend it. All I can really find in its favour is the fact that it’s one of the nicest damn cars I’ve driven in ages.

Citroën has been making comfortable cars for decades, cars that waft around in a sublime calm. The C5 Aircross is another. In the automotive world, comfort is most easily explained as an absence of interference from the consequences of what you are doing, which is, lest we forget, hurtling around inside a metal box into which you pour a flammable liquid which you then set on fire in a series of controlled explosions that create forward momentum. Suspended on bits of round rubber, the metal box bounces around on strips of asphalt cared for by the ANC. This is not a tranquil endeavour.

Comfortable cars protect you from all of this, and if you want sporting and snarly, sharky, aggressive driving characteristics you will generally need to give up some of that cosseting. At Citroën, they’ve decided that comfort is paramount.

The C5 has clever dampers, which progressively stiffen up at the extremes of their capacities, but are super-floppy in the middle – meaning, in theory, that they absorb the day-to-day potholes and speedhumps and suchlike in the manner of a very, very expensive luxury limousine, but they do it without the whole car turning into a pudding when you want to go round a corner.

Generally, it works. The C5’s ride is not entirely hopeless when the road gets twisty, and is brilliant for the rest of the time.

The rest of the car is lovely. It has adjustable seats in all directions; they look flat and expansive but are surprisingly comfortable for long distances. Our three kids really liked the adjustability and the comfort and have been nagging us ever since to replace our Mini with a C5. To drive, it’s light and simple to operate. There’s precious little steering feedback, but then parking is a cinch.

The car available here comes with the tried-and-tested 1.6-litre turbo petrol motor that has – upgraded over time – done sterling work in various French cars and Minis since the mid-2000s. It’s a robust thing, and though 121kW and 240Nm would have you eaten alive on the autobahn between Munich and Ingolstadt, it will really will do just fine on the Ben Schoeman. It’s good enough for a 10.5-second sprint to 100km/h and has reasonable fuel economy for a large-ish car.

The interior tech is also rather nice – very different from the norm, but comfortable and easy to use. The touchscreen is laggy and old-tech but there’s satnav if you need it. Safety is top-notch, with lane-keep assist, automatic braking to avoid the low-speed distracted fender-bender and blind-spot monitoring.

The engine and road noise are all very well controlled. This is a quiet car. In fact, the joy of the C5 is its focus on peace, space, light and comfort and, to me, that’s rather more rooted in the real world of tired parents, long days and a world gone mad. The C5 Aircross is a quiet holiday in the Karoo when everybody is telling you you need to go skydiving while listening to Metallica.

I would argue that selling disconnection, comfort and quiet is a far harder task than selling poise, handling, power and the latest connectivity gadgets. DM168