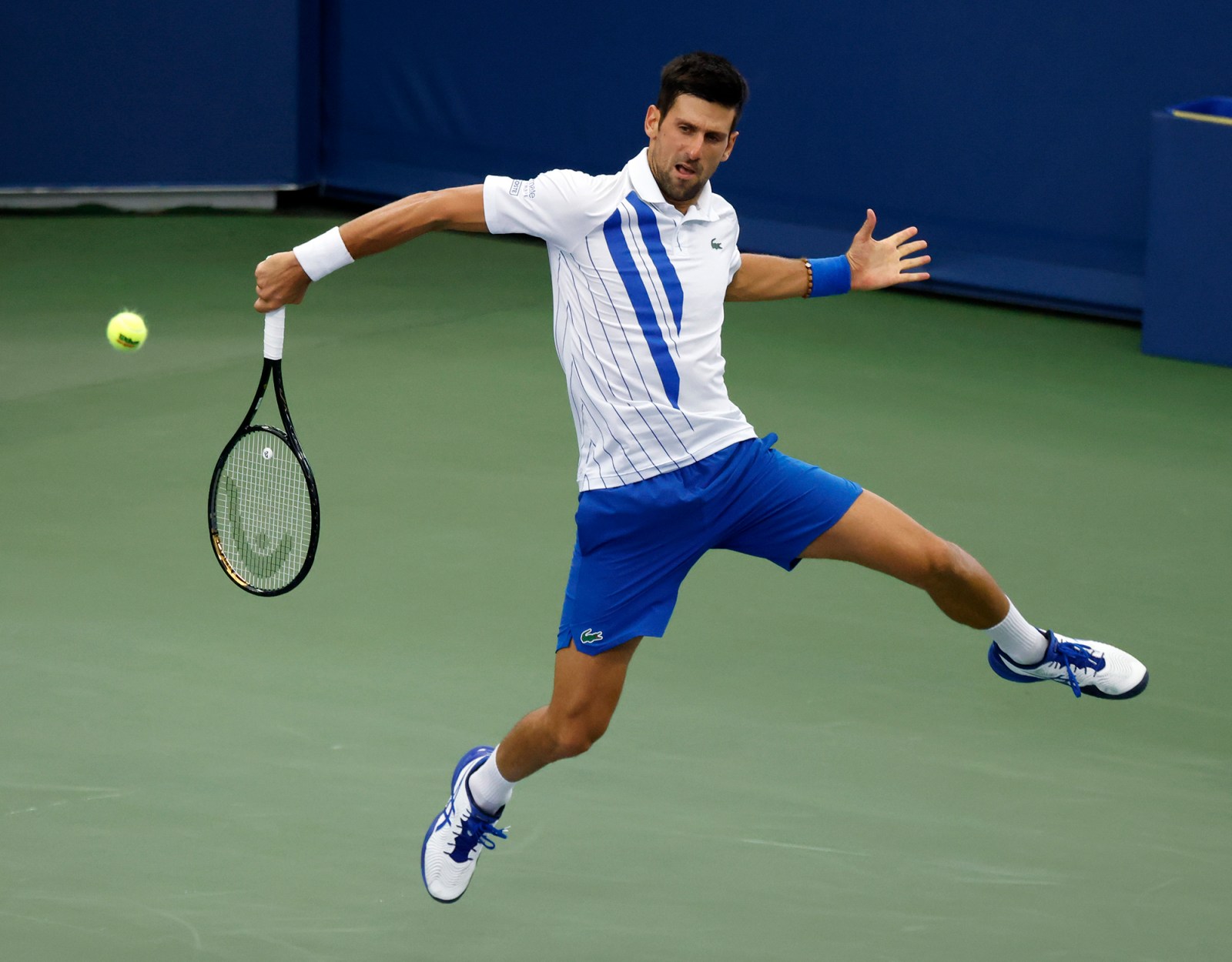 I mingled with many former greats and had time to chat to many stars. Eliud Kipchoge was strikingly humble, Nico Rosberg unfailingly polite, and Tony Hawk ruffled and grumpy in a tuxedo. It was wonderful. But the undoubted central figure of the event was tennis star Novak Djokovic.

A few years ago, I was lucky enough to attend the Laureus World Sports Awards in Monaco, otherwise known as the “Oscars” of sport. It was a slick operation.

For anyone with an interest in sport, it was like being pitched into the middle of your wildest fantasy. I chatted to the legendary Marvellous Marvin Hagler, the middleweight champ from the 1980s whose bouts against Roberto Duran, Thomas Hearns, Juan Roldan, John “The Beast” Mugabi and Sugar Ray Leonard helped define an era.

While Hagler, by then living in Italy, was telling me of a programme he ran to teach kids the discipline and power of boxing, I was drawn to looking at his hands. They were remarkably big and menacing-looking for a man who is not huge in stature.

I mingled with many former greats and had time to chat to many stars. Eliud Kipchoge was strikingly humble, Nico Rosberg unfailingly polite, and Tony Hawk ruffled and grumpy in a tuxedo. It was wonderful. But the undoubted central figure of the event was tennis star Novak Djokovic.

The Serbian won best male athlete that year (the equivalent of best actor) and later attended a media conference at the hotel adjacent to where the awards ceremony took place. I fully expected it to be some platitudes trotted out in a few minutes before he was whisked off into a sea of Monte Carlo’s elite, leaving a trail of expensive aftershave and disappointment.

But Djokovic surprised me. He held court (not the tennis kind) for an hour. He thought deeply about questions before answering, spoke passionately about issues such as fatherhood, looking after the planet, and physical and mental health. He isn’t your average sports jock. This is a man with an interesting side, but also a man with some, shall we say, quirky views on wellness. He also seemed to be a person very aware of his legacy.

There is a sense that he is protective of his place in history and, as he grows older, he wants not only to leave a tennis legacy (which is already guaranteed with 17 Grand Slam singles titles), but some sort of humanitarian legacy too.

In mid-2020 he launched the Adria Tour – a series of tennis tournaments played in Belgrade in Serbia and Zadar in Croatia. After tennis tours were suspended, Djokovic intended to give players an opportunity to compete and earn money during the first wave of the Covid-19 pandemic.

It was criticised as reckless even before it started and ultimately it ended up causing multiple positive Covid cases because mask-wearing and physical distancing were ignored. Djokovic himself got Covid-19 after partying in a nightclub, and fellow pro tennis players Borna Coric, Alexander Zverev and Gregor Dimitrov tested positive too.

In the aftermath, Djokovic was unrepentant, saying that although he was financially secure, his intentions were to help struggling tour players.

He then tried to set up a rival players’ union, canvassing for support during last September’s US Open. Five months on and it seems his vision for a breakaway trade union has collapsed.

This week, Djokovic courted controversy again when he wrote a letter of “demands” over the state of Victoria’s harsh quarantine restrictions. Tennis players arriving in Melbourne for next month’s Australian Open are subject to a 14-day quarantine that confines them to their hotel rooms.

It’s not fun, of course, but those were the rules that all the players knew before arriving. And most of the nearly 400 competitors who have arrived have simply got on with it, sharing social media posts of playing shadow tennis, running shuttles in the room or volleying tennis balls off the wall.

Djokovic, though, took it upon himself to speak up for the players. His now-infamous six-point letter has become a source of ridicule and a document of proof that elite athletes, and Djokovic in particular, are entitled, whinging brats.

The problem is Djokovic wrote his letter to the Victorian state government complaining about the conditions from the relative freedom of Adelaide. He has been preparing for the season’s first Grand Slam tournament outdoors in South Australia 725km away, where he has few restrictions.

Although some of Djokovic’s points were sensible, such as better food for players, he quickly veered into muddier waters. He suggested that Tennis Australia (TA) reduce the number of days of quarantine for tennis players. As if world-class athletes are immune from scientific norms about the spread of Covid-19.

He then helpfully suggested that TA “move as many players as possible to private houses with a court to train”. I’m no expert on Melbourne’s housing situation, but I suspect finding more than 300 empty private houses with tennis courts might be a stretch, even for a highly developed city.

Djokovic has managed to incense most of Australia and much of the tennis-watching world with his list, even if it came from a place of trying to help his fellow pros.

He subsequently issued a lengthy statement saying the entire issue was “misconstrued” and that his intentions were good. That might be true, but what did he expect would happen when millions of ordinary people have to go through these types of quarantine measures daily?

Djokovic is a complicated person. Maybe his success and wealth are as much of a burden to him as a blessing. He appears to be aware of his privileged status as a multimillionaire superstar, as he stated in his explanation when he said he had “earned his privileges the hard way”.

Whatever his real motivations are, he seems to be constantly missing the target in his gestures. And this is the conundrum: do we want insipid sports stars who issue platitudes and clichés, or do we want interesting characters who are willing to stand for something?

There’s a fine line between interesting and boorish, between genuinely having something to say and trying to present a false persona. I believe that inside Djokovic lurks a sensitive, caring human who just needs to pick his battles more wisely. The sporting world is a far more interesting place with him in it. DM168