SASSA office only serves 50 people a day. This is what...

SASSA office only serves 50 people a day. This is what it looked like at 1:30pm 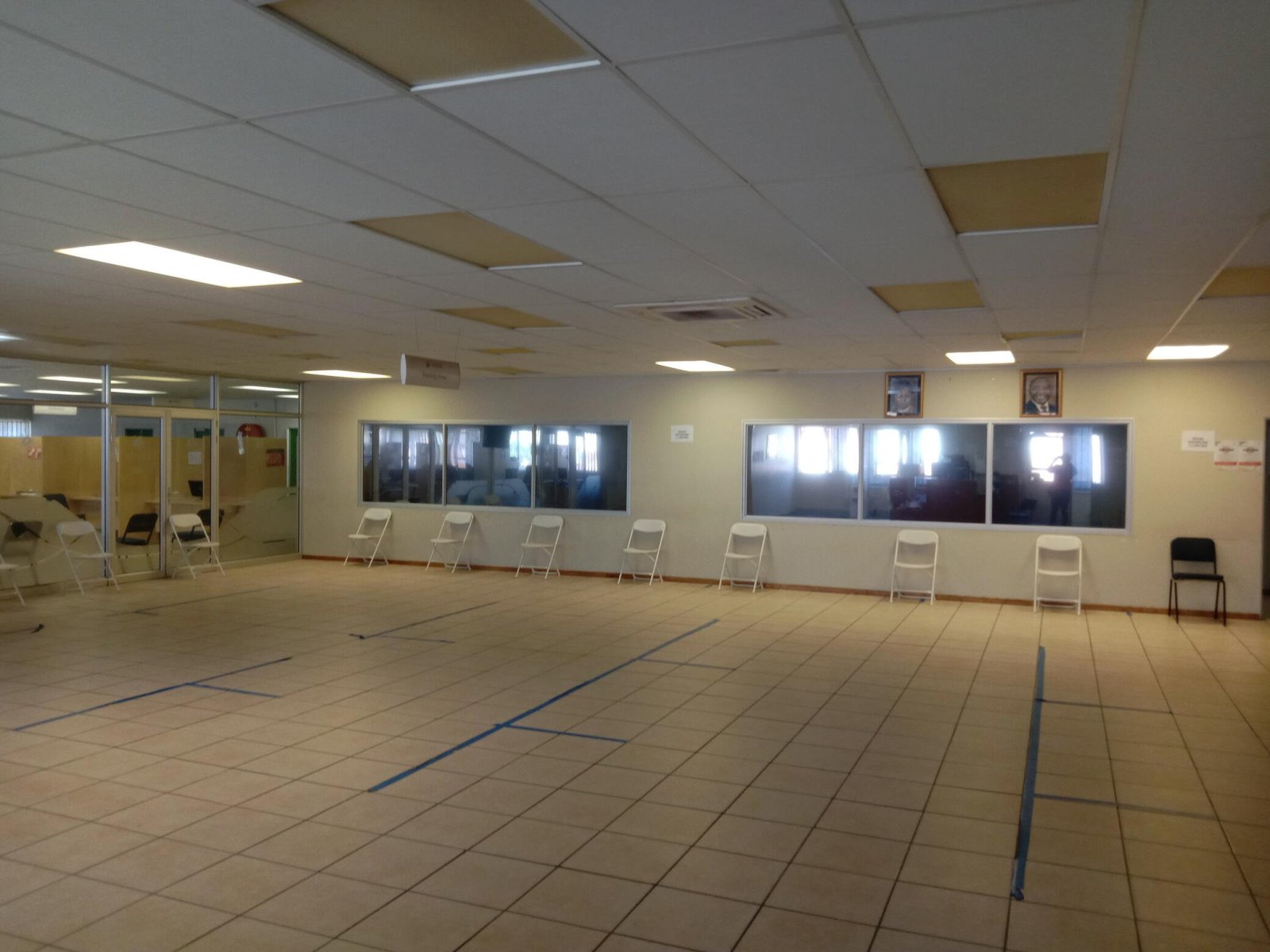 There was not a single beneficiary at SASSA’s Uitenhage office at 1:30pm on 21 January 2021. The eight or so SASSA staff members did not appear to be busy. (Photo: Thamsanqa Mbovane)

‘SASSA staff members are lazy. They should serve at least 100 beneficiaries per day instead of just 50 people,’ said one of many disgruntled people who woke up early to queue at the South African Social Security Agency’s Constitution Road office in Uitenhage on Thursday morning.

Numerous media reports have highlighted the problem of long queues outside SASSA’s offices, and that the agency is having difficulty servicing the country’s millions of social grant beneficiaries.

People standing in the queue were told that only 50 people would be served by SASSA staff. The rest have to come back the next day.

Mirriam* said she woke up at 5am on Thursday to get in line. When she arrived before 8am, she says, the gates were closed, because she was number 52.

“They did not serve me. And I don’t have R24 to spend for a return trip to SASSA from KwaNobuhle, only to be told they can’t help me at all because of the 50-person requirement.”

“The two security guards at the gate strictly allowed 50 people only. They told us it is an instruction from top management, and that they can’t do otherwise.

“They let the 50 people in and then locked us outside the SASSA gates.

“This government’s public servants are lazy. These people serve fewer than 50 people a day because some people are sent home for not having all the required documents required,” she said.

Another resident, Thabiso*, said she saw SASSA staff members roaming in town as early as 12pm after servicing the 50 beneficiaries.

“What are SASSA staff members doing for the rest of the day, if they serve only 50 a day? All they enjoy is WhatsApp and roaming in the city centre because they have no more job to do. SASSA serves the poorest of poor people, yet they keep telling us ‘Sorry, we take only 50 people a day’,” he said.

When GroundUp arrived at 1:30pm, the chairs in the yard at SASSA were empty. Meanwhile, inside the premises, all the white chairs in front of the glass windows were also empty, while the eight or so staff members were looking at their computers or busy on their cell phones.

There were documents in front of them. Their desks were empty.

A staff member said, “It’s level 3 lockdown so we are only allowed to take a certain number of people a day.”

“Each and every one of us cannot do more applications per day. You either get a maximum of 10 applicants or seven per staff member.

“The number must remain as it is.”

We are awaiting responses to questions sent to SASSA at 1:40pm and will update this article when we receive them. DM

*Not the interviewees’ real names.