Have retired judges been given the chop over lack of money? 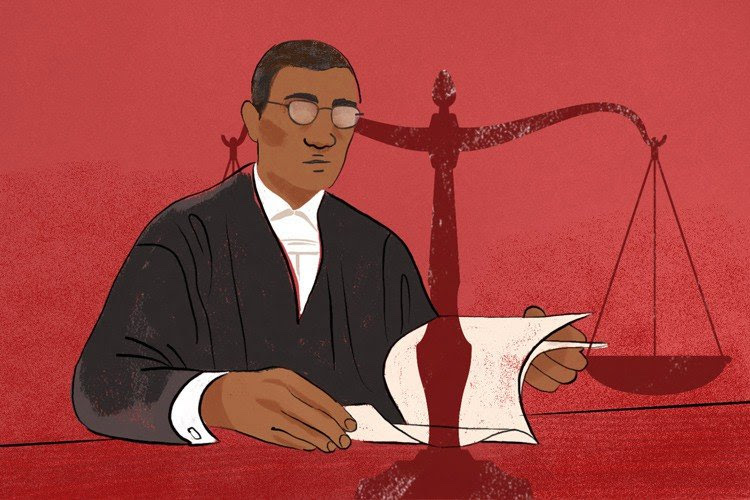 The Gauteng High Court’s backlog may be about to get worse. Illustration: Lisa Nelson

They have been helping to clear the Gauteng courts backlog but have been told their services are no longer needed, says one fuming judge.

Retired judges who have been helping to clear mounting backlogs at Gauteng courts caused by Covid-19 and infrastructure issues, have been told there is no money to pay them.

One of them, Judge Frans Fabricius, went “public” in a message – apparently written by his registrar to all attorneys with matters on an upcoming motion court roll – saying he would no longer be hearing the cases allocated to him.

“On 13 January 2021, the Judge President was informed by the Minister of Justice that he would not appoint retired judges as he regarded them as ‘additional to the establishment’, the message read.

“Judge Fabricius sends his sincere best wishes to all involved.”

This drew the wrath of Office of the Chief Justice spokesperson Nathi Mncube, who, in a statement on behalf of Judge President Dunstan Mlambo, described the message as an “unlawful communication”.

“The Judge President assures litigants and the legal fraternity that all affected matters previously assigned to Fabricius J have been reallocated and will proceed as enrolled,” Mncube wrote.

However, a source told GroundUp the judge president was very concerned that essential resources – experienced judges – had been taken away because of money and this would affect the court rolls.

Approached for comment, Chrispin Piri, spokesperson for Justice Minister Roland Lamola, said the unauthorised communications had created the impression that the minister will not appoint retired judges because they are regarded as “additional to the establishment”.

He said this was not so.

He said an acting judge could only be appointed if there was a vacancy, and the minister would have no issue with approving these appointments.

“Acting appointments cannot be made if there are no vacancies. This is because each vacancy is fully funded and it does attract financial implications. Any appointment not linked to a vacancy is regarded as additional to the funded posts in that organisation,” he said.

Piri said there was also a misconception that retired judges were not paid to act. He said they were still compensated unless they expressly indicated that their services were being provided pro bono.

“The minister continues to engage with various Judge Presidents. Where requests are made for additional acting appointments which exceed vacancies, the minister has advised that such appointments are not sustainable and create further obligations on the fiscus.

“He has also informed them that this is an ongoing discussion with the Minister of Finance and the matter will be taken further in a meeting with all heads of courts.” DM