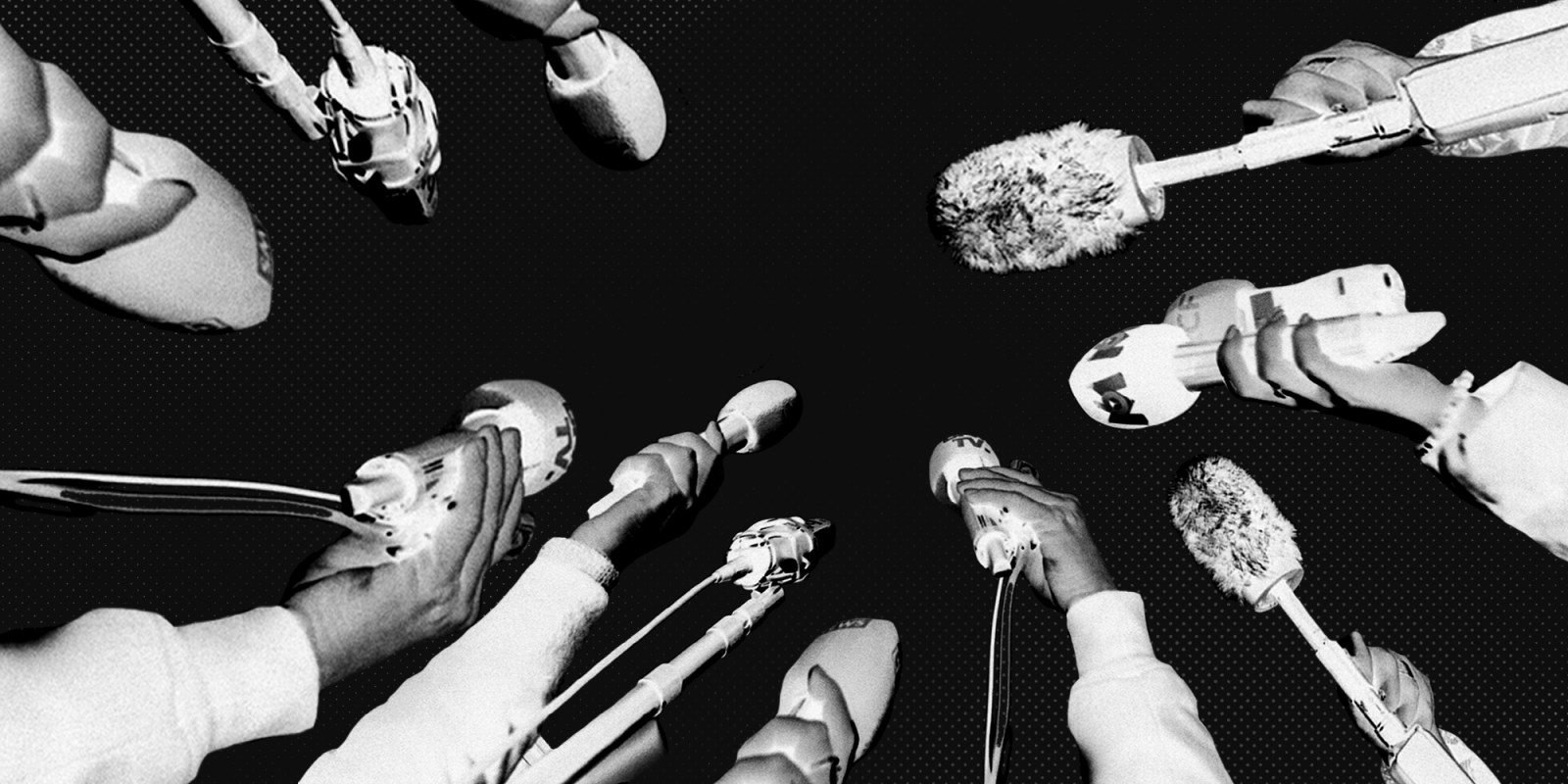 A panel led by Judge Kathy Satchwell has made far-reaching recommendations for a sustainable, credible and independent media in South Africa.

An independent panel into the state of media ethics and credibility in SA has recommended that consideration be given to taxing the local operations of Facebook, Amazon, Netflix and Google (the FANGS).

The SA National Editors Forum (SANEF) appointed an eminent persons panel in 2019 led by retired judge Kathy Satchwell and journalists Nikiwe Bikitsha and Rich Mkhondo to investigate the state of the media. It found that financial pressure was the key reason for growing professional and ethics breaches.

Released on 18 January, the report found that “in South Africa, the current financial predicament and the possible fate of the media industry cannot be viewed independently from the general South African environment: a relatively poorly performing economy stretched by the need to respond to nearly a decade of State Capture.

“The loss of advertising spend and other news revenue is particularly damaging when the majority goes offshore to the FANGS and is no longer available for South African media survival and development.

“It combines with a decline in print circulation and the emergence of paywalled online content to narrow what is available to the majority of low-income South African news consumers,” said the panel, which also recommended that tax breaks and public funding be sought to protect the media.

“The public purse should play a greater role in ensuring the sustainability of the news media,” said Bikitsha.

The report found: “The advertising revenue by online news is lower than that which newspapers have been able to attract because of Google and Facebook and the way online advertising functions.

The report quotes Daily Maverick editor-in-chief Branko Brkic: “You have to have a mental and psychological elasticity to respond to the world and sometimes lead. You have to innovate all the time.” He said sustainability requires “five or six” different streams of income.

Everyone with whom the panel engaged pointed to retrenchments, the loss of senior staff, the “juniorisation” of newsrooms and consequent loss of mentors and skimping on training as all leading to a decline in media quality.

Satchwell said the inquiry had struck a chord with South Africans who had come forward with complaints, ideas, information and allegations about the media.

The judge said there had been no “devastating critique” of the practice (of the media) as a whole. But there was still enough for the panel to make 69 recommendations across eight subject areas to strengthen the media.

Of these, Bikitsha said the numerous instances of interference by management in newsrooms were most chilling for her.

“Owners bring pressure to bear on journalists,” she said, and this had an impact on media practice and credibility. The pressure tracked in the report included commercial and political pressure, notably at eNCA.

On professional standards, the panellists recommended that SANEF consider a register of interests and income for journalists, or a system of lifestyle audits.

It noted that a Mail&Guardian section editor had run a transport business as a side hustle and then organised preferential coverage for his clients.

“Free travel, lunches and dinners, overseas trips and local outings are among the largesse offered to and accepted by some (our informants alleged, many) journalists.

“The outcome is not investigative or critical journalism but cronyism and breathless fandom, applause and unlabelled advertorial for sports federations, motor companies, business entities, airlines and holiday venues; for politicians and their careers, cronies, projects and constituencies; newsmakers and their public profiles, business interests, fashion-consciousness and political connections,” said the report.

Bikitsha said the panel was concerned about the culture of influencers and “celebrity journalists” in the media, and of journalists earning multiple (and perhaps conflicting) income streams.

Also, the panel said the revolving door between journalism and public relations needed to be managed through a set of guidelines it has encouraged SANEF to develop.

Sanctions and fines back on the agenda

The panel has also put sanctions and fines for reports which breach the Press Council’s ethics code back on the table.

Many complainants and contributors to the panel said that current penalties (usually apologies or retractions ordered by the Press Ombud) are too limited to encourage better accountability.

On the whole, the inquiry had confirmed the value of the system of self-regulation (or what is called co-independent regulation because there are public representatives on the Press Council), said Satchwell.

“What is needed is not more control by the state or anyone else of the media, but more media and more news consumers. For this, there needs to be a media-literate audience whose needs are catered for in their own languages in a medium that is accessible and affordable and where a multiplicity of views is tendered so that viewers, listeners and readers can make up their own minds on a variety of issues relevant to their lives,” the report says.

Diversity studies focused on ownership but Bikitsha encouraged SANEF to do an audience mapping survey as recommended by Prof Jane Duncan and Prof Julie Reid. This will give South Africa a bird’s eye view of media diversity and which audiences are being reached and which not.

The media inquiry was initiated to deal with repeated criticism of the Sunday Times’ 30-part series of stories about an alleged “rogue unit” in SARS. The stories have since been widely discredited. Its multi-part series on a so-called Cato Manor police death squad suffered a similar fate.

The panel has recommended that the Sunday Times apologise again, specifically to former SARS executive Peter Richer. His family gave testimony to the Satchwell inquiry. Lauren Richer spoke on what the SARS rogue unit stories had done to her family:

“I can’t tell you the dread which built up every week. By Saturday, one was feeling ill, feeling powerless, a sense of powerlessness and fear, and loss of dignity. We have three girls. They had colleagues who would ask questions: ‘How could they? How could they spy on the president, run a brothel, etc? It was a horrible, horrible time.”

The Sunday Times has never provided evidence for its reports that SARS spied on former president Jacob Zuma or that its high-risk investigations unit ran a brothel.

Other people defamed by the stories accepted offers of a right to reply in the Sunday Times.

The newspaper partially retracted and apologised for its reports, but the panel said its actions had left more questions than answers.

“Does this mean that all, or just a portion, of the series or the stories, are incorrect? Is all the Sunday Times reportage and publication an entire fabrication by unknown or nefarious entities – or is only some of that which was reported incorrect or untrue?

“At the end of the day, the reader is left uncertain whether the manipulation of the newspaper resulted in pure fiction or exaggerated or ‘sexed-up’ tales.

“The Sunday Times failed to indicate that there had been lobbying threats and discussions that resulted in the apologies,” the report says.

Investigator Paul O’Sullivan made financial threats of an advertising boycott against the Sunday Times, the report found, and which the newspaper acknowledged. The report also said the newspaper was duty bound to reveal to the public what was the “parallel political project” it claimed to have been duped by.

“It is noted that the veracity of the stories constituting the ‘rogue unit’ and ‘death squad’ narrative was never tested in the Press Council… This process of ignoring the Press Council and doing private deals followed by public apologies… did not draw a line under the events which had preceded it,” said the panellists.

Independent Media gets off almost scot-free

The media inquiry deals with the Sunday Times in detail that runs to almost 100 pages.  Yet Independent Media, which has made many more similar ethical breaches, is mentioned in only a few paragraphs and no findings have been made against the group.

“Everyone to whom the panel spoke, within and outside the community of journalism, deplored the ‘cronyism’ of the Independent group. Regrettably, despite requests for meetings, the panel received no group response from the group chairman, Dr Iqbal Survé.”

Satchwell said the book Paper Tiger by Alide Dasnois and Chris Whitfield sets out this cronyism and stands as the record.

The panel said the “isolationist” media, Noseweek (an investigative weekly) and Independent Media would lose credibility. Both refuse to be part of the Press Council system of regulation.

SANEF leaders will scrutinise the 370-page report and its 69 recommendations. Ngalwa said it would host a media ethics conference in March. DM

We’d appreciate your thoughts on media ethics and credibility. You can email [email protected]