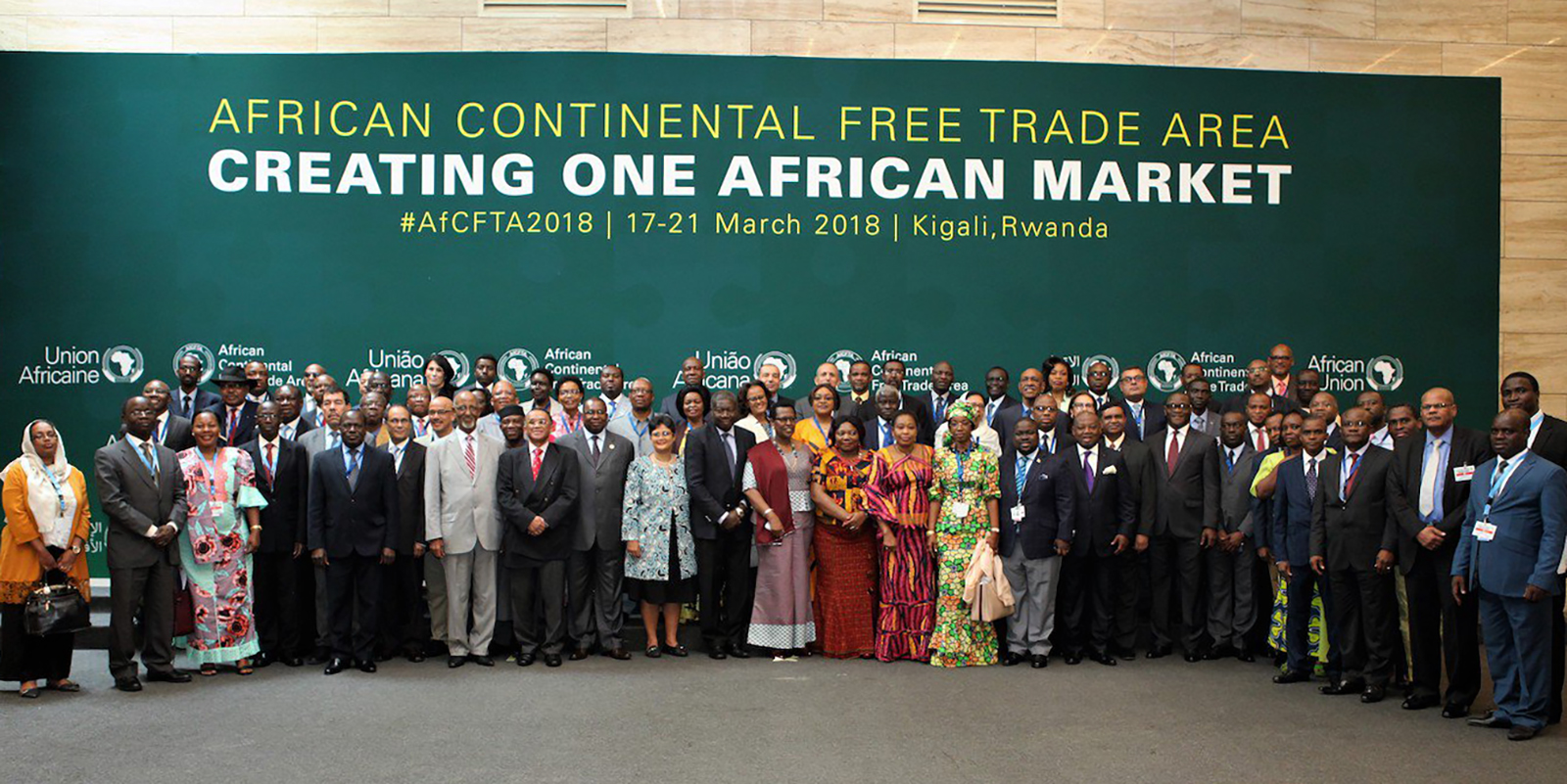 Africa did begin ‘commercially meaningful trading’ on 1 January 2021 under the preferential terms of the ambitious African Continental Free Trade Agreement, its secretary-general Wamkele Mene has insisted — despite scepticism from some observers.

Wamkele Mene, a South African based at the African Continental Free Trade Agreement (AfCFTA) secretariat in Ghana, strongly dismissed suggestions that little trading under the zero or lower tariffs negotiated in the agreement had in fact taken place since the official trading implementation date of 1 January — particularly by South Africa.

Donald MacKay, head of XA International Trade Advisers, suggested in Daily Maverick this week that because of uncertainty about which countries and which products were in the agreement, potential trade was being lost.

He wrote that Minister of Trade and Industry Ebrahim Patel has “called on South African farmers and manufacturers to gear up for the new opportunities in export markets”, but that it was by no means clear which markets he had in mind.

MacKay said only Egypt and Sao Tome and Principe — a tiny two-island state off Africa’s west coast with a population of barely 200,000 — had so far been incorporated into South Africa’s Customs Act as trading partners under the AfCFTA.

And it was not certain if these two countries had yet reciprocated by implementing import duty preferences for South African goods and if so, to which products these tariff reductions applied.

“This matters because taking advantage of the trade agreement requires clarity on where those preferences exist,” he said.

An Egyptian official told Daily Maverick this week that his country was still negotiating the AfCFTA tariff concessions with the South African government — which was acting on behalf of the Southern African Customs Union (SACU) that is participating in the AfCFTA as a single trade bloc.

The official also pointed out that Botswana, a SACU member, had not yet ratified the AfCFTA. This raises doubts about whether SACU or any of its member states could yet participate in the trade agreement. Botswana’s trade minister Peggy Serame confirmed that Botswana was still in the process of ratifying the agreement.

This appeared to raise questions about whether South Africa could already be participating in the AfCFTA. But Mene insisted that “commercially meaningful trading” had begun on 1 January, for at least South Africa, Egypt and Ghana which had put the required customs arrangements in place.

Mene insisted in a press briefing on Tuesday that these three countries at least were ready to trade under the AfCFTA “from a customs readiness point of view…” He said Ghana had held a ceremonial send-off on 4 January for its first consignment of exports under the AfCFTA. Other countries were planning similar ceremonies.

Mene noted that customs unions such as SACU normally had to trade under the same terms at the same time under common external tariffs.

“That is a matter that is entirely for the internal arrangements of the Southern African Customs Union or any other customs union.”

Mene said that SACU was not the only customs union in this situation. There were also countries in the East African Community and the Economic Community of West African States (Ecowas) which had not yet ratified the AfCFTA.

“We’ve got to make progress. We’ve got to start moving forward with those countries which already have the infrastructure in place. And I would also emphasise that we have 34 counties which have already deposited their instrument of ratification,” Mene said.

“That means these countries are legally committed to start of trading. And for those countries who may not have the customs infrastructure in place yet… there are modalities for how they will give credit to traders.”

Mene noted that member countries had agreed in 2020 that if any of the 34 countries which had ratified the AfCFTA did not have the customs arrangements in place to grant the preferential terms under the AfCFTA from 1 January 2021, they would have to give importers credits to compensate them for the higher tariff duties they had had to pay.

States were still working out how this would be done in practice. Mene said AfCFTA was not “reinventing the wheel” on this as other trade agreements had done likewise at the beginning of their operations.

Mene said even the European Union had begun four or five decades ago with similar challenges of readiness, with an initially small group of countries later joined by other countries, even though some were then not yet ready.

“But they understood the political importance of the integration of the market in Europe. And so similarly on the African continent, we must not hold Africa to a much higher standard, from a trade perspective, that nobody else has ever met before.” DM