The curious incident of the second-hand bookshop in loc...

ONE FOR THE BOOKS

The curious incident of the second-hand bookshop in lockdown 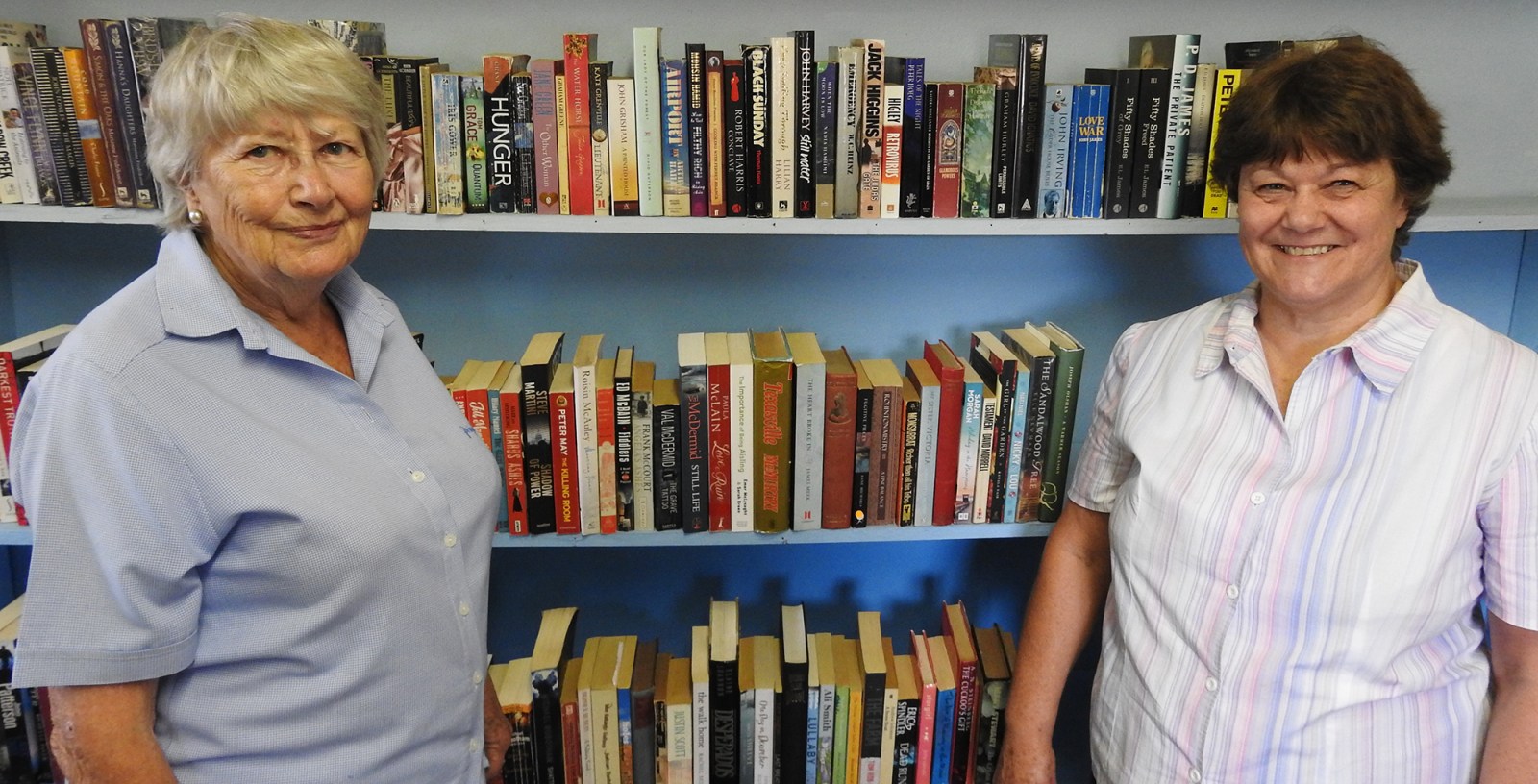 The Covid-19 lockdown wrote the end of the story for many businesses, but for second-hand bookstores it was the start of a promising new chapter. A friend of mine who doesn’t consider himself a literary genius ploughed through 68 books in 2020. With no theatre, cinema, restaurants, gyms or walks in the park, what else was there to do?

This article was first published in Daily Maverick 168

Many people have rediscovered entertainment, escapism and inspiration for the future in bookshops – maybe that’s why it’s called the novel coronavirus.

“The best three days we’ve ever had were the three days before the first lockdown in March,” says Chris Reinders, manager of Books Galore in Linden, Johannesburg. Since lockdown eased and his shop reopened it has remained busy.

“People came back to reading when they got bored of all the screen time on electronic devices during lockdown,” he says.

Browsing old bookshops is fun. They occupy buildings with odd corners and mysterious doorways, and exploring them is an adventure far removed from clinical shopping malls. They’re places to potter and poke, linger and peruse. To strike up conversations with random strangers or tap the knowledge of the often eccentric owners.

Characters abound in second-hand bookshops. There’s little profit in flogging books for R20 or R50 each, so they are doing something they love, not because it pays the bills. Asking a simple question can lead to conversations about the magic of words or strange stories surrounding the authors.

Outside Tales & Fables in Joburg’s Victory Park a selection of books on a table waylays shoppers doing the grocery drudge. A literary quote of the day is chalked on a blackboard, and their wonderful slogan is “Buying Books, Selling Experiences”.

How’s business? I ask Peter, the assistant, and he says it’s booming. He hauls out a favourite book, an anthology of short stories by W Somerset Maugham, and tells me how the author travelled the world writing about the people he met. One story concerning a missionary and a prostitute leads to tragedy, which he describes with a suitably stricken expression. We chat about the revival of warm, tangible, physical books compared with cold, electronic e-books, and end up discussing The Doobie Brothers. I’m not sure how we got on to music, but it was an eclectic conversation.

Later I’m discussing spiders with Jennifer Pollock and Jennifer Polse, volunteers at the REEA Foundation Charity Bookshop, which supports a hostel for adults with mild mental disorders. The shop doesn’t get much passing trade because it’s tucked away behind a nursery in Craighall Park, but lockdown boosted its sales so much that customer numbers have more than doubled and it’s now generating profits that are well beyond its once unattainable goal.

December was one of its most profitable months yet, even though it halved all prices to clear a massive backlog. “Before Christmas it was crazy – people were buying 20 books at a time to make sure they had enough to read over the holidays,” says Polse.

The allure of second-hand bookshops isn’t only the joy of discovering unknown gems. It’s also the prices, and REEA’s books are bargain-basement cheap. There are tens of thousands, donated by people who are downsizing, emigrating or clearing out after a bereavement. “Sometimes we get some real humdingers,” says Polse. The shelves flow through several rooms and into a courtyard, where you can make yourself a coffee as you sort through potential buys. There’s a foreign-language section, self-improvement books, acres of fiction and even an erotica section, up on a top shelf.

So much stock arrives that they supply other traders too, including several men who sell books in Joburg’s city centre. They often take the bibles, Christian books, dictionaries and self-help guides. While most cost R15 or R20, Polse doubles that for any copies of The Secret, a self-help book by Rhonda Byrne who preaches that positive thinking can change your life. “If you believe that rubbish you can pay the extra,” she grins.

Many books that end up in the treasure troves of second-hand shops start their journey in Exclusive Books. When a book trends there, Pollock knows to expect unwanted copies shortly after. “We get all the Christmas bestsellers because everybody buys them for easy presents and nobody ever reads them.” They could drown in Spud and Fifty Shades of Grey, they laugh.

Second-hand shops may soon see a flurry of self-help books which became the bestsellers during lockdown, says Exclusive Books general manager Batya Bricker. People are seeking advice to enhance their lives now that everything is taking strain – books to salvage marriages, help us manage our fast-fading finances or reinvent our businesses. “People are buying ‘reframing’ books that give you a fresh perspective or different way to approach your finances, relationship or lifestyle. People also used the lockdown as an opportunity to reread the classics,” Bricker says.

“Lockdown was absolutely horrendous, but books have been resilient. There’s no theatre, no movies, no other entertainment, so books have definitely come to the fore.”

In theory, the complete closure of shops during hard lockdown could have triggered a surge in electronic books, but people seem to find comfort in the familiar, warm feel of paper.

Reinders at Books Galore used to lecture on publishing at Wits University and monitored how e-books hit physical book sales. They caused an initial dent that sped the demise of some large chain stores in various countries, but what thrived were independent outlets and affordable second-hand stores. “It’s important that you have a well-curated selection of fiction and non-fiction, not just any old rubbish,” he says.

Branches of Books Galore only buy books in good condition and under five years old, unless it’s something really popular. The cheapest sell for R30, but the average price is R60 to R70. When I pick up one local book with a familiar title I’m astonished by a price tag of R500. Maybe the decimal point is in the wrong place? Ah, that book was pulled from the shelves because of a defamation court case, so it’s a bit of a rarity, Reinders says.

Sales for most political books have stalled in his shop, however, as customers prefer to lose themselves in thrillers, mysteries, romance, sci-fi and science fantasy. “I’ve experienced this as a bookseller for 40 years. When things are tough and stressful people tend to veer away from… political things and look for something more escapist.”

Since Reinders trades in second-hand books from passion, despite its potential for poverty, I ask him to recommend a story with such beautifully crafted sentences that I will stop and read them twice from sheer enjoyment. “Try Kazuo Ishiguro,” he says, pulling out a copy of When we were Orphans. The blurb on the back sounds fabulous, so I hand over R79.

Then a young man strides in with a pile of books to sell back to the shop. “There’s more in the car,” he grins. “I’ve been doing a lot of reading.” Reinders starts to assess the collection and asks if he wants cash or a higher value in credit. He’ll take the credit, he says, already eyeing the shelves full of old but new treasures to explore. BM/DM