The white pipe keeps burning: How the Mandrax scourge persists 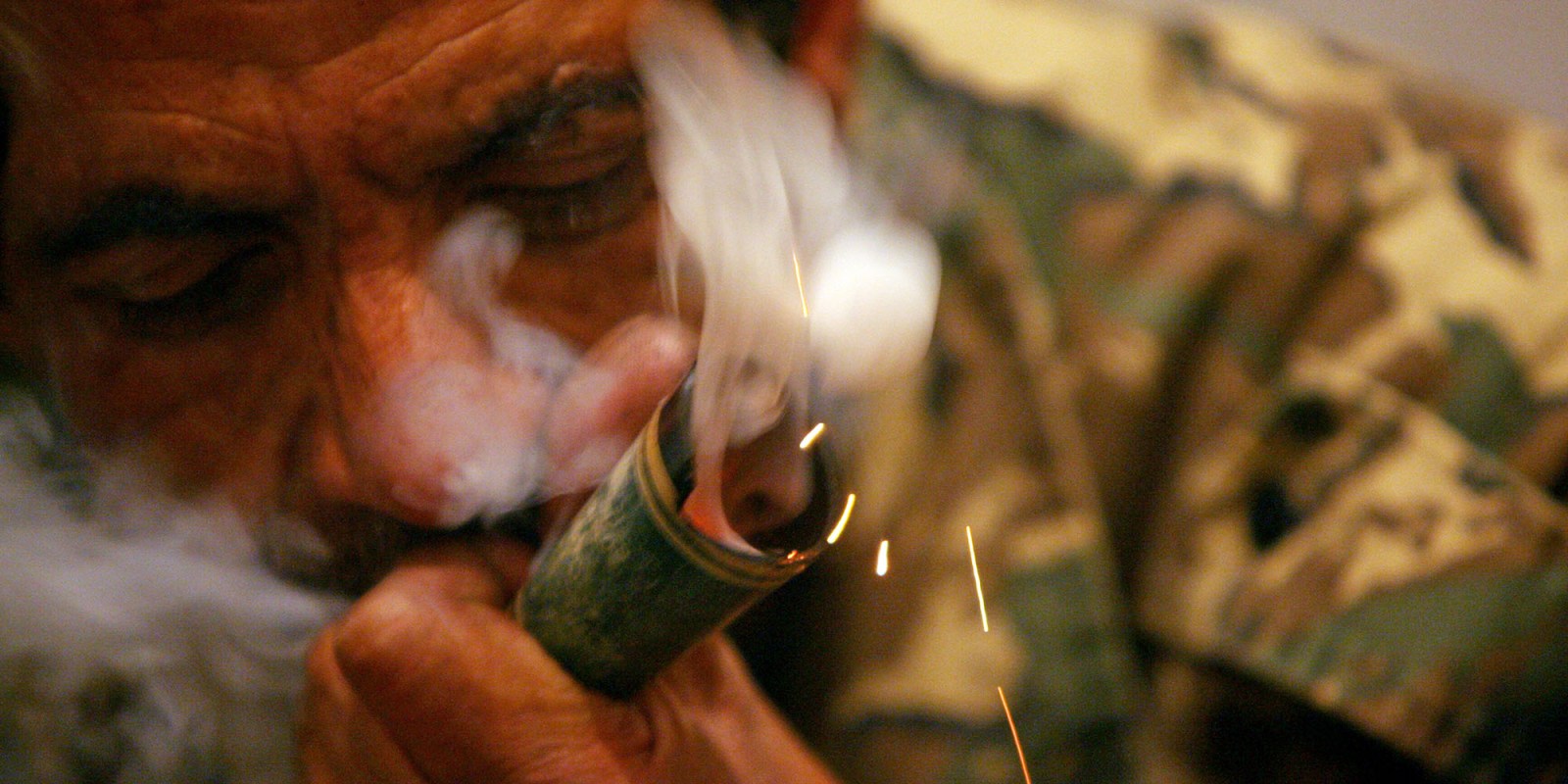 Methaqualone isn’t as profitable as heroin or meth but remains a lucrative trade for South African organised crime networks.

On 14 September 2020, the Directorate for Priority Crime Investigation (the Hawks) swooped on a drug-trafficking network operating from a luxury estate in Ballito north of Durban. Inside one of the houses, they found an estimated 3.9 tons of methaqualone (Mandrax) powder, 170,800 heroin capsules and 7.5kg of heroin powder.

Of greater interest was the discovery of one ton of anthranilic acid – the main precursor in the manufacture of Mandrax. There is a high likelihood that methaqualone was being synthesised from chemical starting materials, which is concerning.

Anthranilic acid is also a key ingredient in the manufacturing of dyes, perfumes and colourants, among other things.

Methaqualone is a synthetic drug that acts as a central nervous system depressant, similar to barbiturates. First synthesised in 1951, methaqualone was then used medically in the treatment of sleep problems and insomnia and as a muscle relaxant or general sedative. Patients with high blood pressure and anxiety attacks were also treated with the drug.

In the 1960s and 70s the drug was commonly marketed as Quaalude and Mandrax and quickly gained notoriety as a recreational drug. It was eventually placed under Schedule 2 of the 1971 Convention on Psychotropic Substances due to abuse, addiction and the high potential for dependence. Methaqualone is now predominantly produced in clandestine labs owing to its illegality.

The fact that synthesising methaqualone is not a complicated process makes it appealing to criminal networks and illicit drug manufacturers. It usually involves chemical reactions that can be simply performed in clandestine labs.

When clandestinely produced, methaqualone is a brown, grey or black tacky powder of between 30% to 70% purity. Drug dealers also use the powder as a cutting agent for heroin. (Cutting increases bulk, dilutes, complements or enhances the effects of the illicit drugs.)

In South Africa, methaqualone was introduced to the pharmaceutical market under the trade name Mandrax. By the time the drug was listed on the 1971 Convention, it had already gained a market in the country, which criminal networks capitalised on. The 2018/19 annual police crime report recorded various major seizures and the dismantling of clandestine labs in Gauteng, KwaZulu-Natal and the Western Cape.

Mandrax is usually sold in small colourful tablets with a logo under street names such as “buttons”, “MX”, “lizards” and “flowers”. While it was originally meant to be taken orally, users tend to smoke or inject the drug for a faster onset of effect.

The preferred mode among South African Mandrax users is a “bottleneck” or “white pipe”. This is when Mandrax is crushed and mixed with cannabis and placed in the neck of a broken glass bottle and smoked.

So what makes the drug so popular in South Africa? For users, the drug contains similar effects to those of other central nervous system depressants, including calmness, and the relief of stress, anxiety and tension.

A former user told the ENACT organised crime project that “Mandrax is taken to calm down and is often referred to as ‘downers’. It is not like ‘uppers’ such as crystal meth or ecstasy (MDMA) which make one euphoric and energised.” Depending on the dose, the effect of the drug can last for up to five or more hours when taken orally and one to two hours when smoked.

Mandrax is extremely addictive and can become dangerous when mixed with other substances. Side-effects include dry mouth, headaches, dizziness, chills and diarrhoea. There have been instances where an overdose has resulted in delirium, convulsions and even death.

For criminal networks, Mandrax is popular for quite different reasons. While not as common as heroin or methamphetamines, it occupies a good share of the illicit market. As one police officer told ENACT under condition of anonymity: “Simply put, organised criminal networks deal in Mandrax so they can benefit from the illicit drug market.”

Often these networks find it difficult to break into or control the heroin or meth market and so venture into the Mandrax space. Mandrax presents an ideal opportunity to make a profit, although not on the scale of heroin or crystal meth.

For instance, in KwaZulu-Natal, the reach of the drug has expanded from Durban to surrounding areas. Seizures have been reported in Phoenix, Umhlanga, Sydenham, Chatsworth, Newcastle and Port Shepstone. The lack of data on drug use makes it difficult to estimate the size of the Mandrax market and its users. But as long as South Africa has a sizeable consumer market for it, it will remain a key target for criminal networks.

One way to stop the proliferation of Mandrax in South Africa is to disrupt and dismantle these networks. While dismantling clandestine labs and seizing the drugs is necessary, law enforcement should also target key individuals in the criminal chain, such as the manufacturers and suppliers of the drugs and their precursors.

There is little evidence that precursors such as anthranilic acid are produced in South Africa. Countries such as India and to a lesser extent China are the common sources. One of the reasons is that Indian organised criminals have a long history in the supply of the drug and its precursor chemicals.

In its response to the challenge, the government needs to balance actions that stem the criminal market with those that could criminalise people who use Mandrax for health purposes. One way is to provide a more regulated market with standard supply which will effectively help control the flow of illegal Mandrax trafficking.

Strengthening drug detection at key points of entry into the country such as harbours and airports is also essential. Customs and law-enforcement officers at these points need to be trained to detect precursors of methaqualone and other synthetic drugs.

While the Mandrax market is not as lucrative as the heroin, methamphetamine or cocaine trade, it does provide an opportunity for organised criminal networks to make a profit. In the process, it has a devastating impact on the health and social and economic aspects of society. Unless the problem is curbed, the white pipe may continue to burn. DM

Richard Chelin is a researcher at ENACT, which builds knowledge and skills to enhance Africa’s response to transnational organised crime.

This article was first published by the ENACT project, which is funded by the European Union. The contents of this article are the sole responsibility of the author and can under no circumstances be regarded as reflecting the position of the EU.