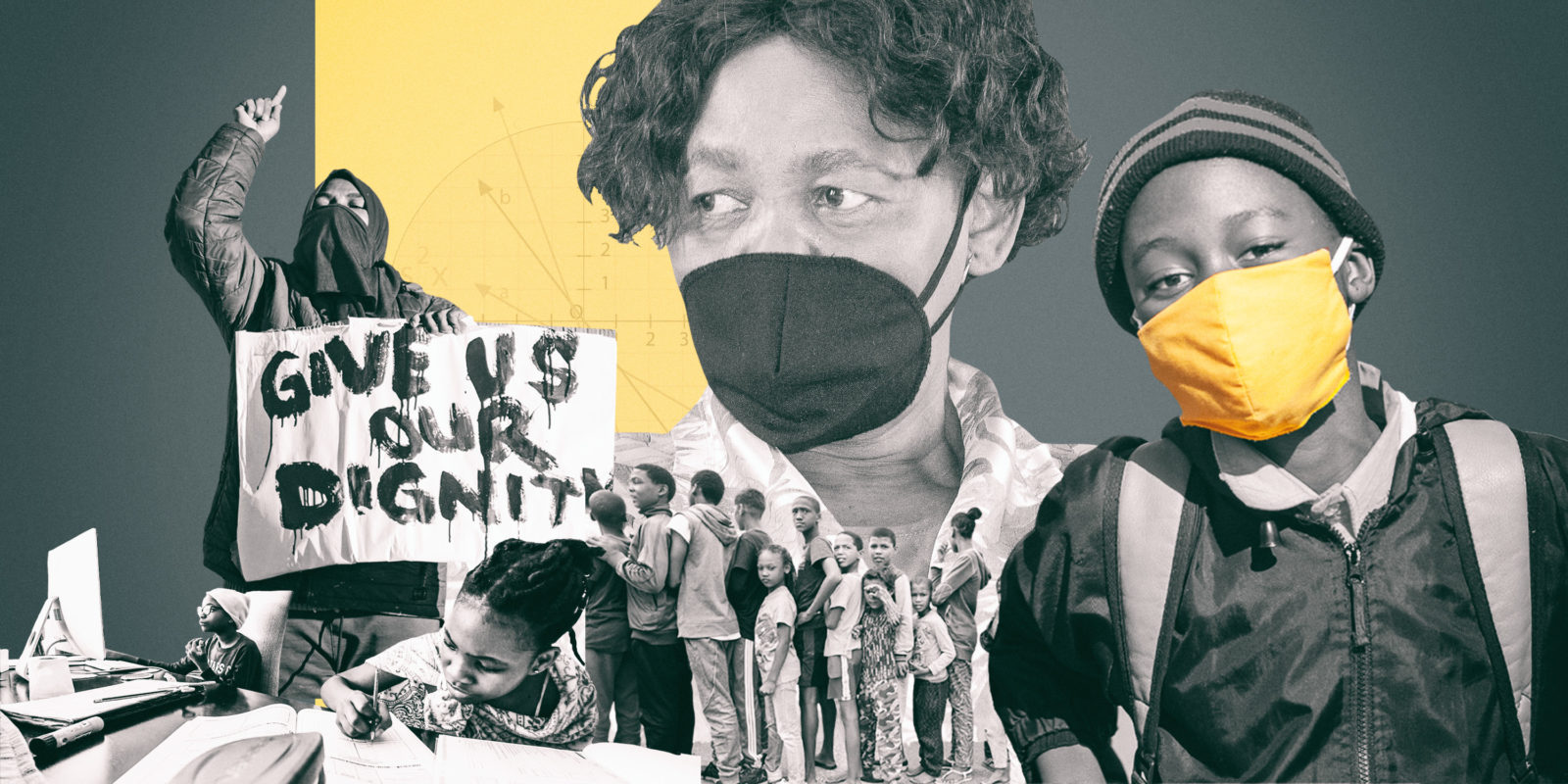 Efforts to reduce the spread of Covid-19 and ensure education activities were gradually restored after school closures presented many hardships for the education system.

When schools were due to reopen in June 2020 following a four-month closure owing to the coronavirus pandemic, the debates raging around the safety of pupils, teachers and non-teaching staff took centre stage.

Online and remote learning left many under-resourced schools disadvantaged as some pupils spent months not learning. And in the interest of ensuring equitable access to education coupled with other social benefits, returning to physical learning was most desirable.

While the sector seems to have survived the tumultuous year, notwithstanding paper leaks that have rocked the final matric exams,  challenges from 2020 will affect education next year and beyond.

Provincial education departments and the Department of Basic Education (DBE) cut funds in other areas covered by the education budget to support water and sanitation measures.

In 2020, R2-billion was cut from the education infrastructure budget. As a result, 1,938 school infrastructure projects – from maintenance and refurbishments to construction – were halted.

The budget cuts have had an immediate effect and will compound school infrastructure backlogs.

Challenge #2: Overcrowding and availability of classrooms

“In internal grades we are expecting repetitions because some parents might have felt like ‘my child has missed too much, I kept them too long and they have to repeat the grade’,” said Basic Education Minister Angie Motshekga during a briefing on 4 December.

Larger grade repetitions due to the pandemic will affect classroom availability.

In the Eastern Cape, 1,153 schools need mobile classrooms to accommodate more pupils in 2021, but budgetary constraints mean the department will not procure any.

In KwaZulu-Natal, 467 schools need these classrooms, but the province can only provide 75.

Reports from the DBE show that where there is a classroom shortage provinces are unable to provide them partly or completely.

On top of this, schools must adhere to physical distancing despite the foreseeable classroom shortages in some provinces.

Provincial education departments have not said whether schools will continue to platoon (two sets of teachers and pupils use the same building or classroom on a rotational basis) or whether lower grades will continue to attend school on an ad-hoc basis.

And since the government warned that the beginning of 2021 will see a large resurgence of the virus due to the December holidays (there is already a huge new surge) alternating school days and platooning remains on the cards.

Well-resourced schools will probably continue with the hybrid system of learning.

Motshekga said 10-20% of pupils in lower grades did not return to school in June.

The extended closures in September, during a spike in Covid-19 cases, in part increased dropout projections.

Motshekga revealed, in response to questions in the National Assembly by DA basic education spokesperson Nomsa Marchesi, that about 300,000 pupils in schools nationwide are unaccounted for. The department has avoided admitting they have dropped out because it anticipates many will return in 2021.

Provincial education departments reported they are on a drive to encourage all pupils to return to school in 2021 to re-enrol or for physical education.

This does not include pupils whose parents or guardians chose to home-school for the remainder of the school year.

Challenge #4: Playing catchup with the curriculum

As the hard lockdown continued and the debates around reopening schools were still thick in the air, the DBE considered options to “save the academic year”, which included trimming the curriculum, a move backed by education experts.

The DBE’s stance was that parts of the curriculum that were trimmed due to school days shortened by the pandemic, will be covered in the next grade as the focus should be on key learning outcomes.

In the coming years learning gaps will probably emerge more strongly, especially in lower grades, due to missed school days and reduced teaching and learning time.

Quality of education suffers as teachers rush through the syllabus

Some provincial education departments said topics and sections of the curriculum that were dropped will be incorporated into the 2021 curriculum, especially in the senior phase (grades 7 to 9).

Others said they will create learning material for 2021 that integrates the dropped sections and topics. DM