Quality of education suffers as teachers rush through the syllabus 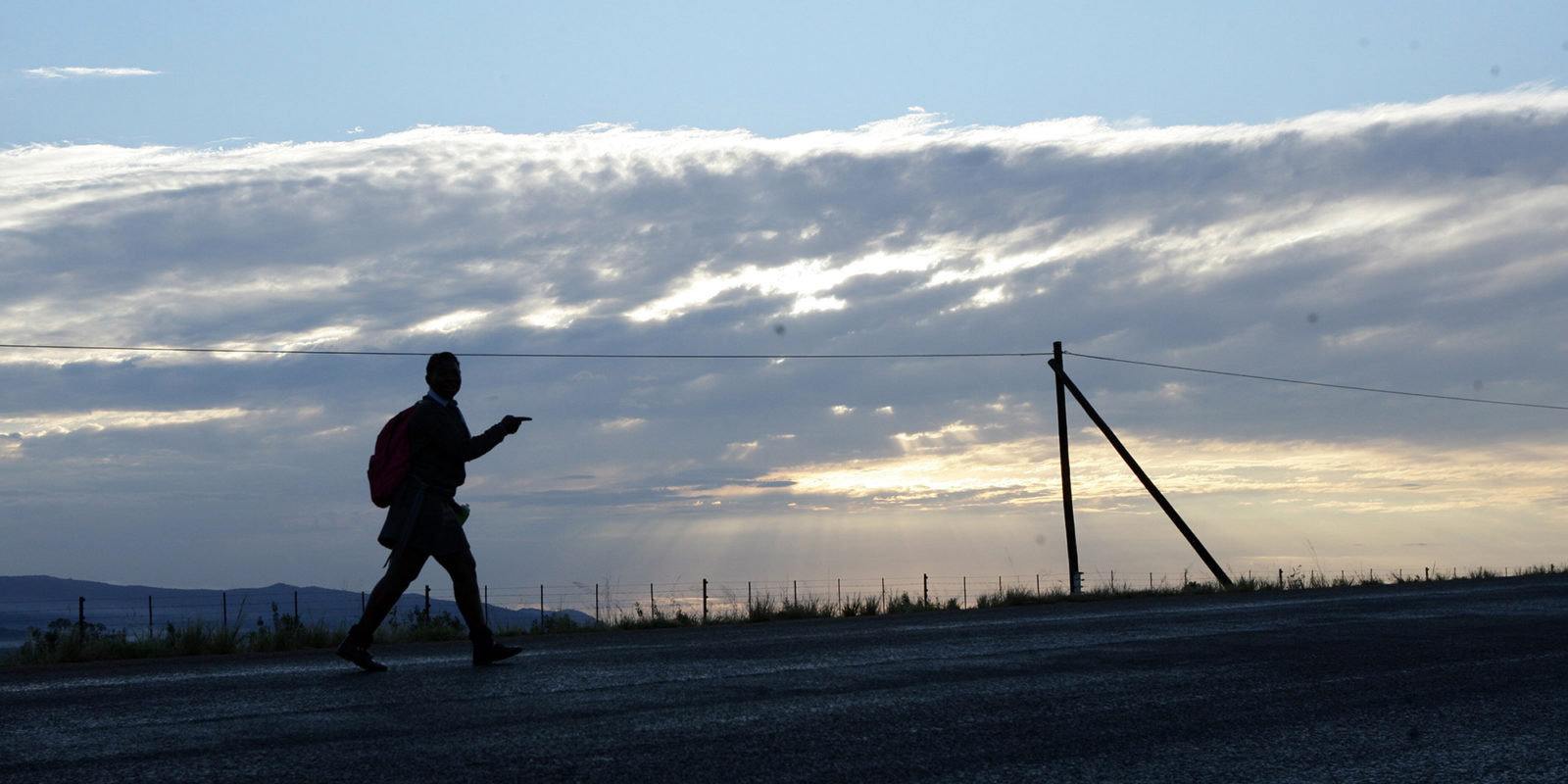 A silhouette of a pupil walking to school in Limpopo. (Photo: Gallo Images / Sowetan / Sandile Ndlovu)

Covid-19 is affecting education quality in South Africa. This will be felt in years to come as a consequence of learners progressing to new grades with gaps in their education.

Some educators from SA’s public schools say that teaching and learning have become an extremely high-pressure exercise, driven by unrealistic targets.

“There is a lot of pressure to push the syllabus and get the work done. Every single day you are sending out work, you are making them [learners] do something. I feel sorry for these learners,” said a Grade 10-12 Dramatic Arts educator from Johannesburg who asked to remain anonymous.

After months of being shut and a subsequent break, SA schools are gradually reopening and accepting more grades, with the last cohort scheduled to return on 31 August.

Matric learners are preparing for their preliminary exams starting in the first week of September, followed by the final examinations commencing on 5 November.

Schools are, however, battling to make up for the lost days while managing the hostile environment under which they have come to operate.

According to a policy brief jointly authored by Martin Gustafsson, an associate professor at Stellenbosch’s economics department, and Carol Deliwe, strategic planning, and research coordinator at the Department of Basic Education, learning losses measured soon after the disruption will be greater than what is suggested by actual days lost.

“Prolonged closures result in the forgetting of skills acquired before the closure. Depending on how successful the efforts of the schooling system and individual teachers are in catching up lost learning, below-expected Grade 12 outcomes lasting to at least 2022, and possibly as far as 2031, could be experienced,” the brief states.

Gustafsson and Deliwe further point out that ultimately 40 days of school closures can result in the loss of 50 days’ worth of learning.

While there are myriad challenges confronting education in the time of Covid-19, a growing concern equally expressed by learners and teachers is the steady increase of dropout figures in schools.

A World Bank paper presenting a global perspective of the potential impacts of Covid-19 school closures on schooling and learning outcomes, projects the virus could result in a loss of 0.6 years of schooling adjusted for quality, and bring down the effective years of basic schooling that children obtain during their schooling life from 7.9 years to 7.3 years.

Moreover, the paper anticipates that, globally, there will be a seven million increase in the school dropout rate.

Kabelo Nthekiso, president of the Progressive Student Movement (PSM), a grassroots student organisation, told Daily Maverick that after the one-week break, many matric pupils had not arrived at school.

“Reports on the ground are very concerning, because matrics are not only returning to unsafe schools but some are staying away.”

The Gauteng teacher said that initially when matrics returned to school only a small fraction of learners deregistered, but following the break, the number had grown and there were about 20 matrics who had deregistered at her school.

Nomsa Mapalakanye, a teacher from Benoni, Gauteng, said it was evident that learners were feeling the social turbulence of the pandemic because families had lost sources of income.

Parents or guardians can apply for their child’s deregistration from school in preference for home-schooling. Other options cater for children with comorbidities, who have to learn from home with the assistance of the school, and parents or learners who have anxiety or fear of the virus.

According to the head of communications for the basic education department, Elijah Mhlanga, provinces do not yet have a figure for the number of deregistered pupils. But the public office is well aware of learners not returning to school.

“We need all stakeholders to assist the department in conveying a message about the importance of going back to school,” he said.

Equal Education’s Roné McFarlane says the government can launch a concerted effort to identify learners at risk of dropping out and encourage them to return to school or continue learning from home with the assistance of the school.

She quotes a survey conducted by five major teacher unions that alarmingly revealed that “30% of schools said that a major issue faced was that they had lost all contact with some learners and families during the school closure period”.

Other key results of the 7,126-sample survey revealed that learner attendance is low. In 29% of schools, more than 35% of learners are absent.

The survey says 12% of schools nationally have more than 11% of teachers absent because of comorbidities.

Mapalakanye said her school is shockingly understaffed, so much so that when the other grades return, she will be single-handedly teaching 20 classes (in various grades) with about 32 to 48 learners in each class.

Although the Department of Basic Education is on a drive to recruit temporary educators to replace those on leave, Mpalakanye said there is no sign of that happening – at least not at her school.

Despite the silver lining that dropout rates in SA’s schools will not be among the most serious impacts of the pandemic on education, according to the World Bank, in a country with such stark inequalities, the storm is yet to settle. DM

Mkhuseli Sizani for GroundUp
Save 2 mins