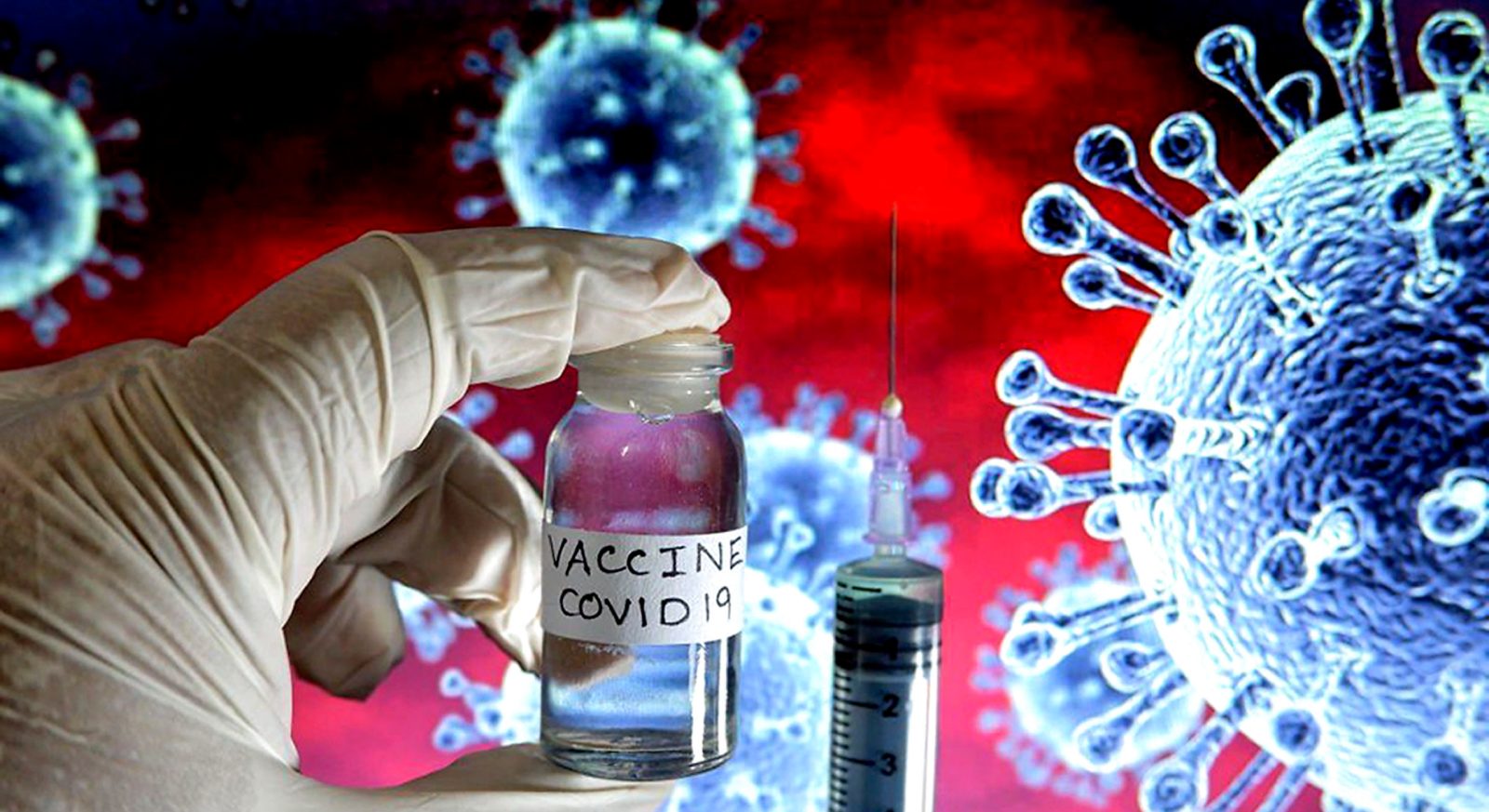 The president’s announcement that South Africa will only receive the Covid-19 vaccine in ‘the second quarter of 2021’ as part of the COVAX agreement has left many in civil society increasingly anxious about the apparent lack of urgency in getting the drug to people here and in other developing countries.

In addition to the COVAX process, President Cyril Ramphosa announced “bilateral discussions [taking place] with a number of vaccine manufacturers”, promising “further announcements once firm agreements are in place”.

He did not say which manufacturers or which vaccines, although speculation is that they are AstraZeneca, Johnson & Johnson and Aspen Pharmacare, the latter of which is at the forefront of advocating for the revival of domestic pharmaceutical manufacturing capacity, including vaccines.

However, as the vaccine rollout in developed countries gathers pace and the Covid-19 resurgence moves unforgivingly through our communities, taking more and more lives, civil society is growing increasingly anxious and critical about the lack of transparency, public engagement and education on a vaccine plan for South Africa.

As a result, as reported by the New York Times, the inequalities between rich and poor nations are becoming as glaring as they were 20 years ago in relation to HIV/Aids, and threaten as many lives.

One of the concerns is about the low profile of the Ministerial Advisory Committee (MAC) on Vaccines, chaired by respected virologist Prof Barry Schoub and with a membership that includes ethicists such as Prof Ames Dhai and Treatment Action Campaign (TAC) national chairperson Sibongile Tshabalala, but which excluded leading scientists including Prof Glenda Gray and vaccinologist Shabir Madhi, both of whom are principal investigators on clinical trials under way in South Africa.

Consequently, it is unclear exactly where South Africa is on vaccine access and it is left to the media to try to piece together the picture.

In response to questions a member of the Vaccine MAC assured Maverick Citizen that “significant work is being done – at a sensitive stage at the moment” and that an “announcement should be made at some stage soon I hope”. The member, who did not want to be named, said “ethical considerations together with time frames are definitely being addressed”.

In the meantime though civil society has begun to galvanise support for what it calls a People’s Vaccine Plan, similar to the TAC’s campaign 20 years ago for a National ARV Treatment Plan.

In response to the president’s omissions on vaccines the C-19 People’s Coalition has just issued a statement (republished in full below) calling for “the government as a matter of urgency devise and announce a rollout plan” and to “as a matter of urgency rebuild its own capacity to manufacture its own vaccines… in the time of pandemics nothing less will amount to criminal neglect.”

According to activist and filmmaker Rehad Desai the C-19 Coalition is a representative civil society grouping with “15 functioning working groups, four of which are geographically based covering Limpopo, North West, the Free State and Gauteng”. In addition there are “350 plus CBO and NGOs that have endorsed the coalition’s programme of action, including the South African Federation of Trade Unions”.

It has announced an intention to “embark on an urgent process to build consensus with public health professionals, doctors, nurses and progressive scientists to develop a plan around vaccines based on people’s needs, to ensure both urgent access and democratic distribution”, with a meeting planned for early January 2021.

Other organisations, including the TAC, the Fix the Patent Laws Coalition and the Health Justice Initiative, have echoed this call.

The natural history of the Spanish flu of 1918, which killed between 30 million and 100 million people, shows us that the second wave of respiratory global pandemics can be more deadly. The new strains of the coronavirus appear to spread faster among young and old. A second wave has overwhelmed hospitals in the Cape and it will increasingly do so across the country. The second wave has dashed hopes for a quick, V-shaped economic recovery. We are now facing a W-shaped economic catastrophe.

The need for a comprehensive vaccine plan is urgent.

Humanity’s best hope for escaping the massive loss of life attributed to the three-year Spanish flu and the 40-year HIV pandemic is the rapid and global rollout of an equitable vaccination programme. Early studies have suggested that if rich countries stockpile vaccines, to the exclusion of the developing world, then the global vaccine programme will avert only half as many deaths. While developing countries continue to battle the pandemic, the global economy will remain sluggish, with major consequences for lives.

Despite these basic tenets of equity and good practice, the rich countries are stockpiling vaccines. According to Oxfam, by September rich countries, including just 13% of the world’s population, had already cornered 51% of projected supplies. We have the ludicrous situation where countries like Canada have ordered five times more vaccines than it needs.

In early October South Africa and India, in response to the refusal of big pharma to voluntarily share the intellectual property around Covid vaccines, called for global cooperation, unity and solidarity to meet the global health crisis challenge. They requested that the World Trade Organisation grant a waiver on intellectual property rights to allow for national governments to produce their own coronavirus vaccines.

The US, the UK and the European Union, alongside other rich countries, opposed the motion. They argued that medical breakthroughs require incentivisation. What they don’t acknowledge is that these vaccines have been developed with public money, which has eliminated entrepreneurial risk and therefore any justification for entrepreneurial returns. The patents on vaccines only serve to entrench unjustified monopoly rents for big pharmaceutical companies.

Developing countries have even contributed by supporting clinical trials among their own populations. South Africa’s government, however, seems to have failed to capitalise on the contribution of South Africans by negotiating preferential access to supplies. Many similar countries, such as Argentina, Chile, and Mexico, have entered bilateral agreements with vaccine developers. They are rolling out vaccination programmes, but the South African government, for reasons that are unclear, has no public plan and has clearly fallen behind.

If we are to save lives we require immediate action. South Africa, India, and other developing countries have the power to override intellectual property rights by domestically producing vaccines. We must do so.

We have to oppose the dead-end politics of vaccine nationalism of the richer countries. This process is, fortunately, quietly under way. AstraZeneca has given Brazil and India the rights to manufacture the vaccine at cost price. The Serum Institute in India will produce it from next week and hopefully will start supplying South Africa in weeks.

Given the president’s address on Monday evening we are forced to ask who are the vaccinologists on the Medical Advisory Committee advising our government. Without adequate knowledge of the vaccine landscape our government will be not prepared to start rolling out the vaccine once it arrives in the country. We insist that the government, as a matter of urgency, devise and announce a rollout plan.

Lives have to come before profits if we are to stop millions of unnecessary deaths. South Africa must, as a matter of urgency, rebuild its own capacity to manufacture its own vaccines. In the time of pandemics nothing less will amount to criminal neglect.

Millions of lives have been saved during the HIV pandemic by producing ARVs locally. We have to do it again. We cannot abide a situation where health inequity is exacerbated by vaccines only being made available to those who have private health insurance. The first wave has shown that those most likely to be killed by Covid are the working poor who rely on public-sector care. The second wave has confirmed this abhorrent reality.

No one is safe until we all have equitable access to vaccines, distributed democratically to those most at risk of contracting the virus and developing severe illness. We cannot stand by while excessive profits are made by pharmaceutical companies while millions are condemned to preventable deaths.

That said, we have an immediate problem where our health workers and most vulnerable citizens need protection. To this end the C19 People’s Coalition will begin an urgent process to build consensus with public health professionals, doctors, nurses and progressive scientists to develop a plan around vaccines based on people’s needs, to ensure urgent access and democratic distribution.

Organisations or individuals can endorse the statement here. DM/MC