The Rapid Land Release Programme has many potential perils and pitfalls 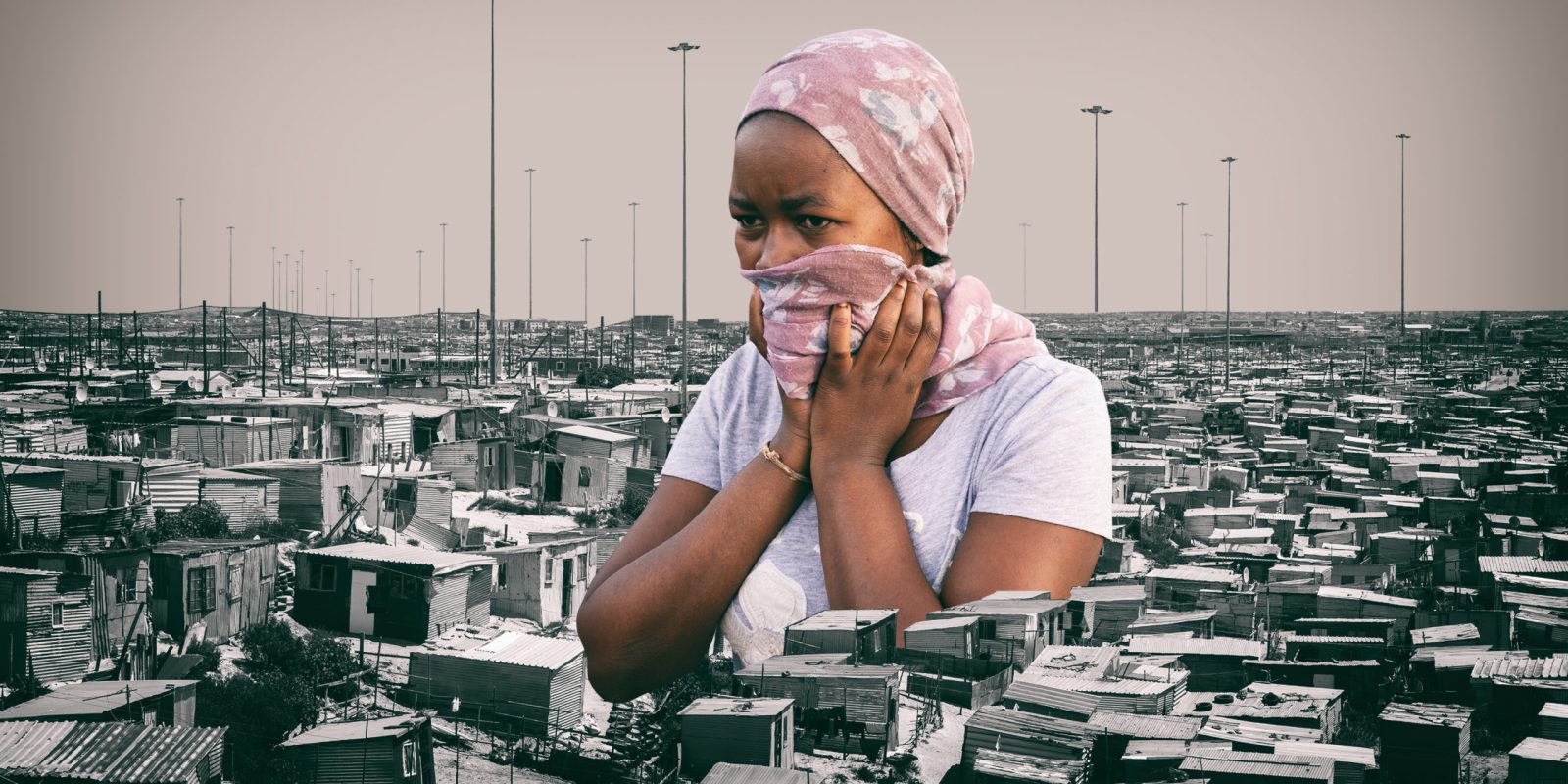 It takes an average of 11 years to implement a housing project. We can see no reason the Rapid Land Release Programme will be exempt from the inefficacy of the underlying processes and instruments that have plagued housing delivery to date.

Over the last three weeks, the national minister of human settlements and high-level human settlement department officials have made significant announcements that could change the course of housing rights realisation in South Africa. This may be in a progressive direction, but we do not have access to enough information to be confident about the outcome. In the absence of such clarity, we are concerned about whether the potential perils and pitfalls of rapid land release have been considered.

According to Daily Maverick of 23 November 2020, “It works out cheaper for us, it gives more responsibility to the people who own the land to build houses and we are hoping that they will be of better quality because they will be building it themselves. In the process, they will be getting skills for building and we are quite certain that it will work,’ the minister told the National Council of Provinces…

“The rapid land release programme follows a ‘site and service’ model, where beneficiaries get a plot with basic services so they can build houses. It has been implemented throughout the democratic period with various levels of success…

At face value, the programme has the potential to reach the millions of people who do not have adequate housing or equitable access to land. The problem is that the public, and civil society in particular, have read about what sounds like a significant policy shift in the media. Our organisations are among many which have engaged with the Department of Human Settlements virtually this year about the impact of the pandemic on residents of informal settlements. As a result, we are aware that rapid land release is under consideration.

However, in the absence of a consultation programme and a proposed policy document to which we can respond, it is difficult to assess the implications of what we have seen in the media. Instead, as a difficult year draws to a close, a great deal of uncertainty now exists regarding the future of our housing programme.

What is clear from the announcements is that the programme is a response to the resource constraints that the Covid-19 pandemic has imposed on the state. These constraints apply not only to the fiscus but to people as well, with poorer and working-class people shouldering a heavier burden than everyone else. While a shrinking budget is an important consideration for our housing programme, it is vitally important that the consequences for people are addressed directly with those most likely to be affected.

If South Africa is indeed taking a significant change in direction, now is the time for the Department of Human Settlements to steer us through a rigorous public participation process, where residents and the Cabinet are given space to comment and contribute.

Another budgetary consideration is one that has been repeatedly argued: it is not necessarily resource constraints that hamper housing delivery, but many of the underpinning financial instruments and their rigidity. For instance, if it takes an average of 11 years to implement a housing project, we can see no reason why the Rapid Land Release Programme will be exempt from the inefficacy of the underlying processes and instruments that have plagued housing delivery to date.

Also, it presumes that with this new approach, the state is prepared for a more people-centred, consultative and participatory approach. Contrary to this, the current practice has demonstrated that government institutions have been reticent to engage in a meaningful manner.

From what we can see, the notion of rapid land release is based on two critical informants of the South African National Housing Code and policy framework.

First, it reflects economist Hernando de Soto’s deep influence on South Africa’s housing policy. In this logic, housing opportunities provided by the state, in the form of land (or in this instance rapid land release) will spur property markets, leading ultimately to “beneficiaries” ascending a ladder out of poverty.

As attractive as this may sound, the reality is more complex. Significant evidence exists of a title deed registration backlog in the order of one million subsidised properties, which restricts registered transactions on the properties and the ability to raise finance to develop them. Formal title may have a potentially detrimental impact on poorer rights holders who are more prone to distress sales, forcing them into deeper poverty and widening inequality.

The location of the rapid release land has perhaps the most significant bearing on De Soto’s hypothesis: most state-subsidised housing developments have been on and beyond the urban periphery, often relegating people to poorly serviced areas far from economic opportunities, transport facilities and social amenities. We suspect that rapid land release will be no different. Although it may be correct to say that the model is one of “site and service”, we do not know whether or not the Rapid Land Release Programme has been, or will be, informed by the lessons learned in the Independent Development Trust and old provincial site and service schemes in the dying days of apartheid. As some of us may recall, these schemes were tagged “toilets in the veld”.

Are social movements and small-scale construction companies ready to build houses on serviced sites? We are concerned that a lack of preparedness could have the unintended consequence that people live in makeshift shacks indefinitely, without having the resources to formalise.

Second, another key informant is the work of John Turner, who emphasised the importance of self-build to restore power and control back to people, particularly the poor and marginalised. Unfortunately, self-build in South Africa has significantly shrunk over the last decade, with less and less money being invested in the “Enhanced People’s Housing Process (EPHP)”. At this stage we have no evidence that the programme is being informed by lessons from the EPHP. Neither do we know about the housing support centres, construction support, and other technical services that are required but may not be available. Self-build requires a rethink of our construction value chain and has to involve capable community builders and contractors, materials suppliers, compliance issues for contractors, and so on. These skills require a significant rethink of how we procure and resource small businesses in the construction sector.

Are social movements and small-scale construction companies ready to build houses on serviced sites? We are concerned that a lack of preparedness could have the unintended consequence that people live in makeshift shacks indefinitely, without having the resources to formalise. The department may well have answers to these questions, and more like them, but without consultation we do not know what they are.

The title deed backlog alerts us to another area of concern about tenure form. How rapid can the programme be if it aims to deliver title? Although important innovations exist with the provision of alternative forms of evidence, the sticking points are whether or not municipalities can recognise and administer letters of occupancy, lease agreements or certificates of occupation in the absence of national land information systems reform.

Without this, much effort, and resources will be expended on creating evidence that is quickly outdated, rendering residents in rapid land sites invisible, once again, to the formal land information system and to lenders. Also, finance for top structure, whether private or public, must also be addressed, otherwise we are merely kicking the can and sanctioning residents to poor shelter for an extended period of time.

The tenure concern is wider than the title backlog – it also relates to the availability of other forms of tenure, such as co-ops, land trusts or other forms of collective ownership. Without making these alternative mechanisms available, the Rapid Land Release Programme runs the risk of deepening poverty and inequality.

The planning process also has a bearing on the pace of delivery. Planning and construction approvals are but one of the 60-odd approvals required to initiate a housing project. How will the Rapid Land Release Programme address the statutory processes so that “rapid” release will indeed be rapid?

The Department of Human Settlements should allay the fears and uncertainty that the absence of programmatic information and adequate consultation has generated. This could be through a strong commitment to a public participation process in the new year. Only then can civil society and the state meaningfully engage about the Rapid Land Release Programme. DM

Adi Kumar is with the Development Action Group; Lauren Royston is with the Socio-Economic Rights Institute; and Michael Clark with Ndifuna Ukwazi.