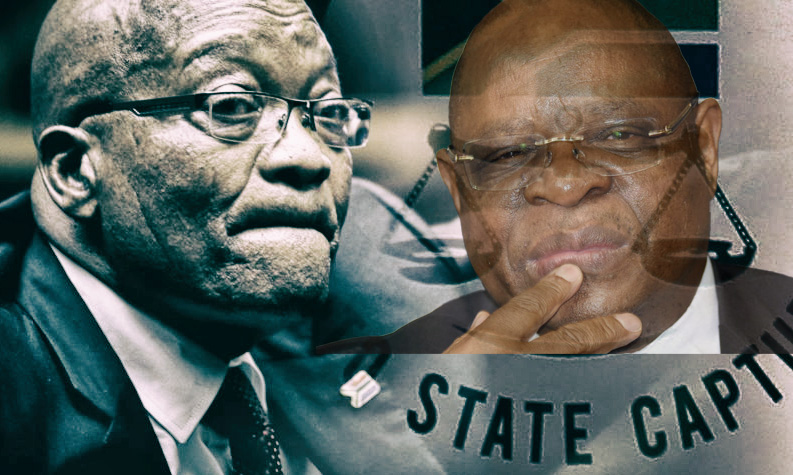 Jacob Zuma has delayed and avoided participating in the State Capture inquiry at every turn. The former president is not opposing the inquiry’s Constitutional Court bid to force him to appear and answer questions, but time is on his side even if the country’s top court intervenes.

The State Capture inquiry has lost five weeks of scheduled hearing time due to former president Jacob Zuma’s “failure or refusal to appear before the Commission”, according to an affidavit submitted by inquiry secretary Itumeleng Mosala to the Constitutional Court.

That doesn’t include the week spent in November 2020 on Zuma’s application for chairperson Deputy Chief Justice Raymond Zondo to recuse himself, which Zondo denied.

Zondo first invited Zuma to give evidence in 2018. The former president appeared for a few days in July 2019 and described a conspiracy against him before withdrawing from proceedings during questioning from evidence leaders.

Zuma hasn’t complied with Zondo’s directives to submit affidavits on certain testimonies nor has he chosen to reply to any rule 3.3 notices, outlining evidence that implicates him, and hasn’t applied to cross-examine a single witness.

On Monday, Zuma indicated that he would not oppose the inquiry’s Constitutional Court application to force him to adhere to summonses and appear and answer questions at the commission in January and February 2021.

Time is on his side, even if there’s an order from the Constitutional Court, and it appears Zuma will continue to question the legitimacy of the inquiry and continue to obstruct its work, refusing to respond to the at least 36 witnesses who have implicated him in allegations of State Capture.

“We are instructed by our client, President JG Zuma that he will not be participating in these proceedings at all,” was all Zuma’s lawyer Eric Mabuza wrote to the Constitutional Court registrar on Monday, the deadline to submit his reply to the inquiry’s application.

Mabuza did not respond to Daily Maverick requests for comment, but his letter to the court might in itself be construed as a snub. Parties in court proceedings would normally respond formally with a notice of intention to oppose the application or to abide by the court’s ruling.

The State Capture inquiry approached the Constitutional Court after Zuma left hearings on 19 November 2020 without permission after Zondo denied his recusal application. It’s a crime for witnesses to leave commissions of inquiry without permission and Zuma was appearing on a summons. The commission has since filed criminal charges.

In his affidavit to the Constitutional Court, Mosala said Zuma “never intended to give evidence and be examined under oath, as required under the summons. It would seem that Mr Zuma only intended to attend the hearing of his application for the recusal of the Chairperson and if determined against him, to take the decision of review and refuse to take the witness stand, give evidence and be questioned in compliance with the summons.”

The commission has asked the apex court for an order declaring Zuma is obliged to comply with the summonses to appear in January and February 2021, give evidence and answer questions put to him. It also wants an order that declares his decision to leave the inquiry in November unlawful.

The Constitutional Court is due to hear the case virtually on 29 December.

The commission’s lawyers will have to convince the court that the matter falls within its exclusive jurisdiction or that it should be granted direct access.

The commission called the matter “extraordinary” and said the issues had constitutional implications such as the country’s ability to meet its socio-economic rights obligations, given the impact of corruption and fraud, as well as equality before the law, and a commission of inquiry’s ability to deal with recalcitrant witnesses through the issuing of summonses.

Noting the inquiry’s 31 March 2021 deadline to complete its work, Mosala told the court, “Realistically, therefore, the only remaining time for the hearing of Mr Zuma’s evidence is between January and February 2021.”

The court application details Zuma’s various reasons for delaying his appearances at the commission or failing to appear. He has been ill, preoccupied with the criminal case against him in the Pietermaritzburg High Court, and has changed his legal team.

A statement issued by Zuma’s personal foundation after he left the inquiry without permission accused the inquiry of being irregular, manipulated and unlawful, which the commission told the court was further evidence he did not intend to cooperate.

Zuma never raised the arguments in his recusal application against Zondo, which was submitted at the last minute, another common delaying strategy.

University of Pretoria public law professor Koos Malan said he was intrigued by the inquiry’s Constitutional Court application as Zondo has clear powers to issue summonses, which must be adhered to, failing which a warrant of arrest should be issued.

He suggested that any related legal issues would normally be decided in the high court.

“If Zuma does ignore a summons duly served on him, a warrant of arrest to secure his presence and cooperation may be issued,” said Malan.

“This, to my mind, is what Justice Zondo should have done when Zuma left without permission.”

That recourse is clear in law and the commission had approached the Constitutional Court on a “moot point”, said Malan, making it somewhat understandable why Zuma’s lawyers did not oppose the matter.

One of the reasons the commission applied to the Constitutional Court, it said, was that it believed Zuma would adhere to a ruling from the country’s top court.

It’s clear that Zondo is looking to an authority other than the police to force Zuma to appear and answer questions, trying to exhaust all options before it comes down to whether and which SAPS officers might apprehend the former president and what sort of social and political unrest that could provoke.

Even if the commission is successful at the Constitutional Court, Zuma has options. He might claim he can’t appear due to illness or he may simply not turn up on the scheduled dates, 18-22 January and 15-19 February 2021.

The commission has so far issued 2,526 summonses, according to Masola, and 99 witnesses have appeared as a result. It’s unclear how many of those might have been forced to submit affidavits, but the commission doesn’t appear to have gone to court or have applied for a warrant of arrest for other recalcitrant witnesses.

Zuma’s counsel, Muzi Sikhakhane SC, has suggested the former president “would exercise his right to say nothing” if forced to testify. Witnesses can invoke the right against self-incrimination, but that doesn’t equate to a right to remain silent.

If Zuma claims the right not to incriminate himself, Zondo must decide if there are reasonable grounds of real and appreciable danger to the witness regarding every question the former president chooses not to answer.

During the testimony of former SAA chair Dudu Myeni, Zondo was reluctant to intervene when she claimed the right not to incriminate herself, even when she refused to answer basic questions.

Malan said that if “the fear of self-incrimination appears to be unfounded, the witness may be forced to answer and may as a recalcitrant witness be incarcerated thus to secure cooperation”. DM