X-rays and AI could transform TB detection in South Africa, but red tape might delay things 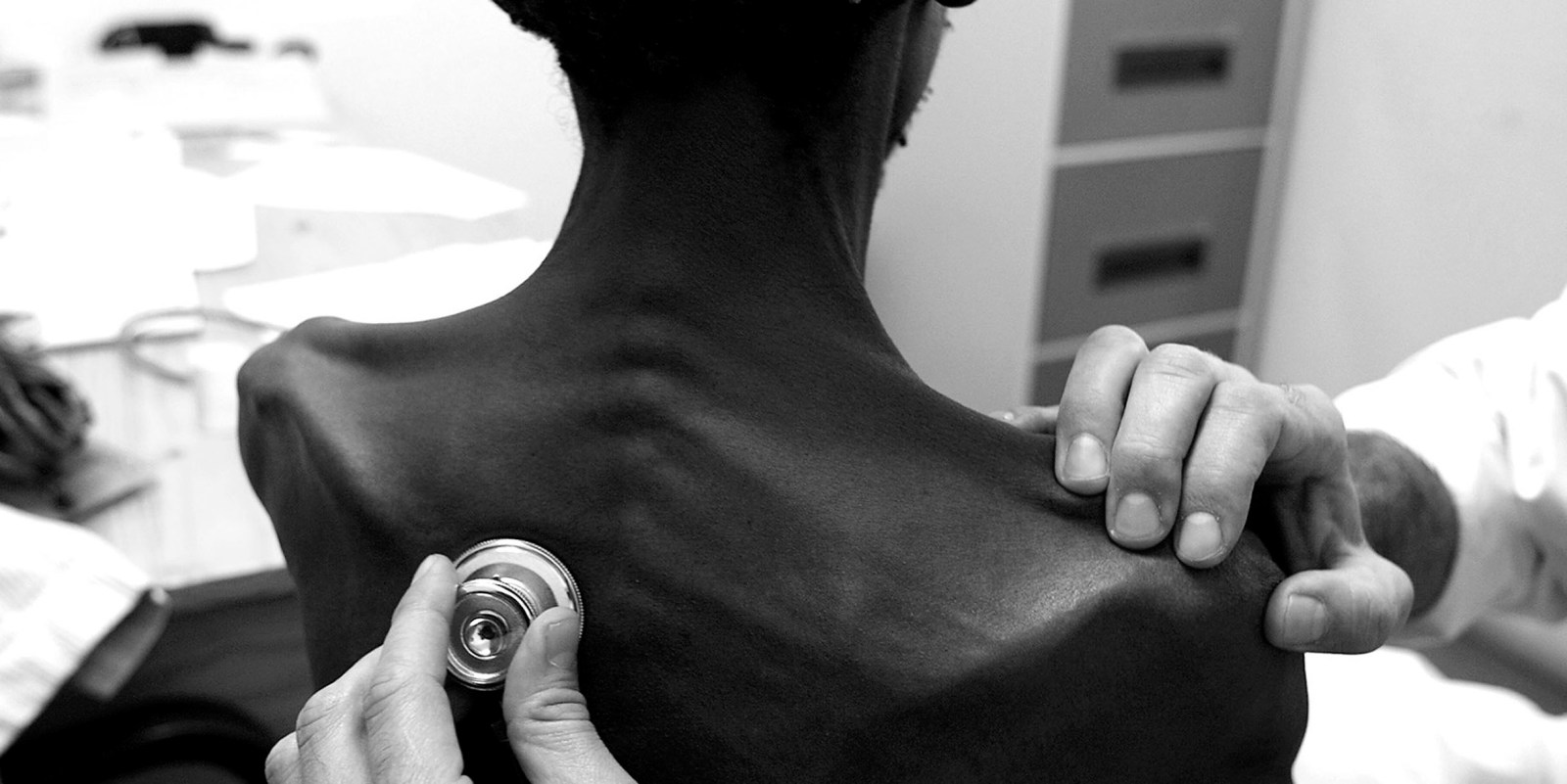 New World Health Organisation guidance released this week endorses the wider use of chest X-rays and artificial intelligence for tuberculosis detection. But before these technologies can be fully utilised in South Africa, some regulatory and other issues will have to be sorted out.

Around 10 million people developed tuberculosis (TB) in 2019. TB is the leading cause of death by an infectious disease globally, causing 1.4 million deaths last year – although in 2020 deaths due to Covid-19 will likely surpass deaths caused by TB.

While there are many factors contributing to the high rates of TB disease and deaths, failing to diagnose many people living with TB and provide them with appropriate treatment is a key contributor to the spread of TB and the high number of deaths.

“Without early and accurate diagnosis and rapid linkage to care, TB continues to spread in households and communities, and people with TB are put at greater risk of morbidity and mortality from the disease,” writes David Branigan of the NGO Treatment Action Group (TAG) in the organisation’s recently published TB Diagnostics Pipeline Report.

This week, the World Health Organisation (WHO) highlighted the massive challenge of undiagnosed TB in its Rapid Communication on Systematic Screening of Tuberculosis, stating that “in 2019 an estimated 2.9 million of the 10 million people who fell ill with TB were not diagnosed or reported to the WHO.”

The WHO added that “there is an urgent need to deploy strategies to improve diagnosis and initiation of care for people with TB” and announced that its TB guidelines would be revised to include recommendations and guidance for community-wide TB screening using chest X-rays and computer-aided detection (CAD) software.

The recent development of CAD software that uses artificial intelligence in the form of deep learning networks to detect lung abnormalities suggestive of TB provides a critical new tool that countries can use to enhance their TB screening efforts. In its Rapid Communication, the WHO stated that “the diagnostic accuracy and the overall performance of CAD software were similar to the interpretation of digital chest radiography by a human reader, in both the screening and triage contexts.”

Dr Richard Tuft, Executive Director of the Radiological Society of South Africa, believes that artificial intelligence (such as CAD software developed for TB screening) will play an increasingly dominant role in interpreting medical images (such as X-rays) in the future, in South Africa and globally. CAD software developed for detecting TB has already been adapted to screen for Covid-19. Tuft notes that artificial intelligence approaches can help overcome the shortages of radiologists faced in the country, noting that “hundreds of X-rays taken in South Africa are never interpreted.”

While Tuft believes that artificial intelligence approaches can expand screening for and diagnosis of conditions identified through medical imaging approaches, he notes the need for proper planning and oversight of the introduction of these technologies with input from radiologists. Tuft stresses that radiologists need to play an ongoing role in validating the technologies and taking professional responsibility for the diagnostic reports. He adds that direct human interpretation will continue to be necessary for interpreting difficult and atypical images.

Dr Morten Ruhwald, Head of the TB Programme at the Foundation for Innovative New Diagnostics (FIND, a non-profit) agrees that human oversight will continue to be necessary as CAD software is implemented for TB screening. Ruhwald explains that “until we understand this technology better, the computer has to be under human supervision. What we know is that screening by a human plus AI, is better than either alone”.

According to the WHO’s new rapid communication, chest X-ray screening is more effective than the traditionally used four-symptom screen at detecting TB. Using the four-symptom screen, patients are asked whether they are experiencing any of four symptoms: cough, fever, weight loss or night sweats. Many patients are missed using this screening approach, contributing to the high rates of undiagnosed TB.

Data from South Africa’s first national TB prevalence survey presented at the Union World Conference on Lung Health in October by Dr Lindiwe Mvusi, Director of TB Control in the National Department of Health, suggest that rates of undiagnosed TB in South Africa could be even higher than previously understood.

Mvusi told conference participants that more than half of the TB cases identified in the survey had an abnormal lung X-ray without reporting any of the four symptoms used to screen for TB. She added that “chest X-rays found more cases than symptom screening, which means we need to revise our diagnostic algorithm to include the chest X-rays.” The prevalence survey has not yet been published.

Helene-Mari van der Westhuizen, Chair of the TB Proof (an NGO) Board tells Spotlight that “based on South Africa’s first national TB prevalence survey, there is renewed interest in the value of chest X-rays to diagnose TB in people who may have few or no symptoms.”

However, limited access to X-ray machines is a barrier to expanding chest X-ray screening for TB. “Mobile X-ray units can play an important role to provide further access to this diagnostic tool, especially in rural areas where access to a hospital with these facilities can be costly and time-consuming for patients,” van der Westhuizen explains.

In recent years, a new class of ultra-portable X-ray devices has been developed and is now available on the global market. Branigan explains in TAG’s Pipeline Report that the “barriers to implementing chest X-rays on a wider scale may soon be reduced with the development and scale-up of lightweight, portable X-ray machines for use at the community level and computer-aided detection (CAD) software to assist health workers in reading and interpreting X-rays in decentralised health settings”.

The new devices are lightweight, can be carried into decentralised settings, and do not have the same onerous infrastructure requirements as traditional X-ray devices— such as lead walls to block radiation emitted from the devices. In Japan, the portable devices are being used in home settings. In Pakistan, they are being used in open-air settings.

Zhi Zhen Qin, Technical Officer at the Stop TB Partnership, explains that the new ultra-portable devices “have considerably less radiation exposure” compared to traditional X-ray devices. “While using the device in the decentralised settings, the technologists only need to wear protective gear of individual radiation exposure dosimeters while maintaining a distance of at least two metres from the focal spot,” Qin explains. A dosimeter is a device that measures radiation exposure.

Like many countries, South Africa does not yet have regulatory pathways to enable the authorisations and use of the new ultra-portable devices which could significantly expand access to chest X-ray screening in the country.

FIND’s Ruhwald explains that “these new instruments don’t fit with the categories that the regulators use,” and adds that “The challenge with any kind of new innovation is that policymakers need time to review the evidence, and regulators must be thorough because X-rays are potentially dangerous.”

To support regulators in evaluating the safety of the new devices, the WHO will evaluate them for prequalification. Health technologies that are WHO prequalified are certified as meeting the international health agency’s standards of efficacy, safety and quality. WHO prequalification can be used to rapidly authorise domestic use of health products in countries.

Yogan Pillay, country director of the Clinton Health Access Initiative in South Africa and former deputy director-general of the Department of Health, explains that under South Africa’s regulatory guidelines X-ray devices cannot be moved around, but need to be fixed in a room of a certain size.

To meet South Africa’s regulatory requirements and enable mobile use of X-rays, these machines have previously been mounted in vehicles with lead walls. But Pillay explains that the new devices are safer to use and more portable than traditional devices, and that fixing them in vehicles will hinder their use in community screening programmes.

The South African Health Products Regulatory Authority (SAHPRA), whose radiation control unit regulates the use of X-ray devices in the country, did not respond to our request for comment on whether it is reviewing its guidelines and requirements to enable the use of the new ultra-portable devices in South Africa.

Tuft suggests that a “step-down radiographer” position of healthcare workers specifically trained to conduct X-rays could be created to overcome human resource shortages.

“The council declined the request, and indicated that the function falls outside the scope of practice of nurses and midwives,” says Sizo Mchunu, registrar and CEO of the SANC. “The function belongs with the profession of radiography and the issue may be raised with the relevant profession.”

Spotlight sent a request for comment to the Health Professions Council of South Africa Radiography and Clinical Technology Board regarding how shortages of radiographers could be overcome to enable community TB screening using portable X-rays devices, including through creating a “step-down radiographer” position or task-shifting the role to nurses. No response was received. DM/MC