Rhodes students left in the lurch: Exams delayed, funding not extended for food and accommodation 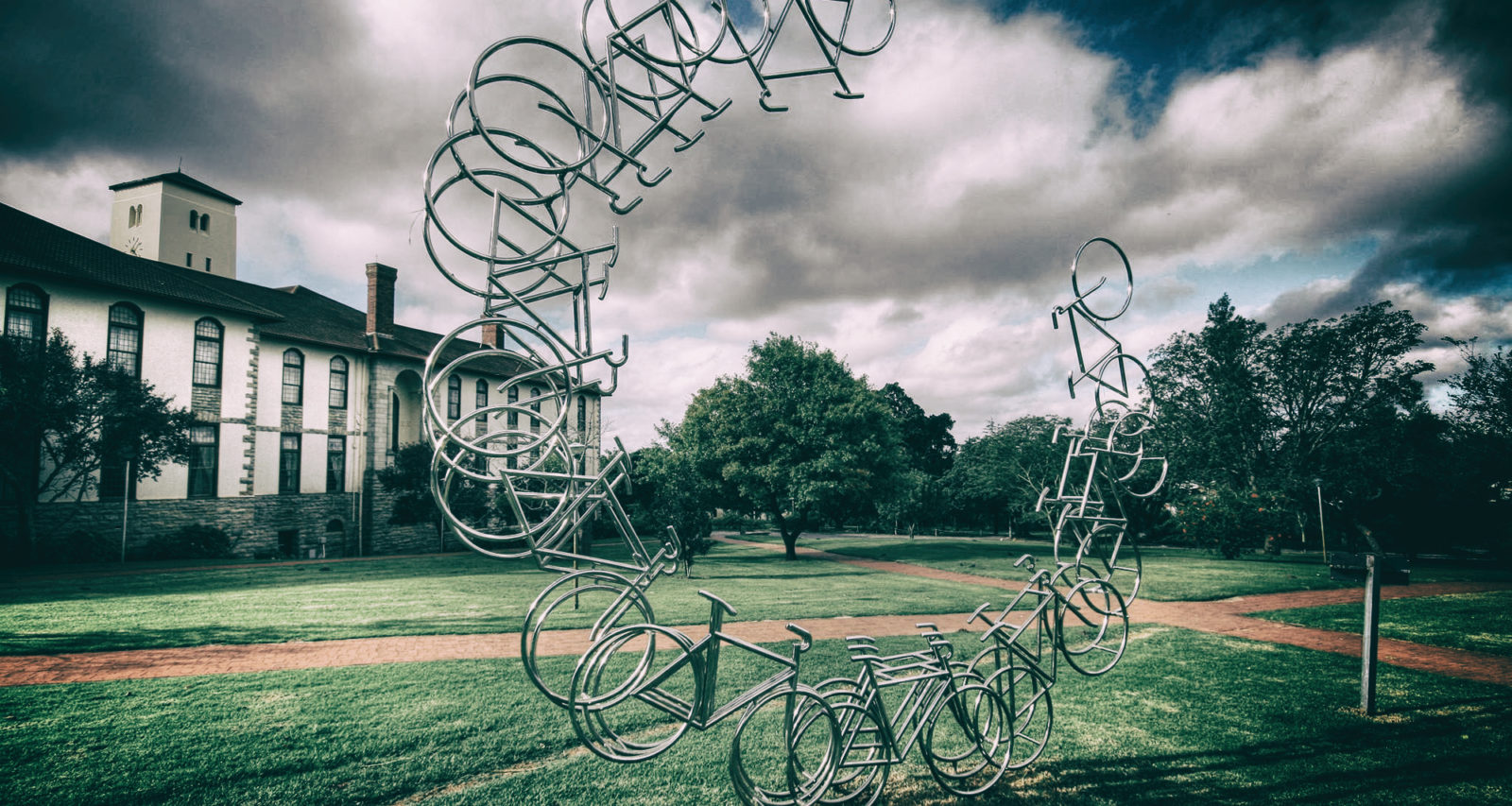 Rhodes University in Makhanda. Students attending classes at Rhodes University claim they have had to resort to begging and prostitution just to avoid starving during the exam period. (Photo: Flickr / Frank Doyle)

Students at Rhodes University have accused the institution of leaving them without any means to put food on the table or keep a roof over their heads when exams were extended beyond the normal timetable.

Students attending classes at Rhodes University claim they have had to resort to begging and prostitution just to avoid starving during the exam period.

“I had to go and ask a neighbour for groceries and promised to pay him back once NSFAS had released funds… I’m not even sure if that will happen. The neighbour suggested I could pay him another way, in an inappropriate way,” said one female student.

The students who asked not to be named because they were previously victimised when they took on the university on the issue of funding said they had often had to go without food.

“When I received my timetable and noticed I was writing in December, I knew I was going to struggle. On 1 December I had a business studies exam and I was one of the students who didn’t receive data at that time. I had to run to the library to submit at 9 o’clock only to find they open at 9h30, so I missed my exam submission,” another female student said.

“Rhodes University hasn’t been treating us well in terms of food while we were on quarantine. I, for one, sometimes went for two days without food and when they brought the food there was no explanation,” another student said.

The students told Daily Maverick that regarding the December allowances they were told the academic year ends on 2 December even though some students finish writing after that. When this was queried, students say the university responded that it would only fund “affected students”.

“So, I think it was mid-October the exam timetable came out. I had exams up to 2 December. I was renting a room in one of the three-bedroom flats under Remax properties. I commented on one of the posts around that time, where a student was asking if people who write into December would get the December allowance. We were told to speak to the warden,” said a student.

“I waited to see if other students received help so that I could also send a request for financial help. I even attached my exam timetable as proof that I finish on the 2nd. Two students who came back with feedback said their landlords were requested by the university to charge them per night after their end of lease. This would amount to R500 for two nights for those who were finishing on 2 December,” the student said.

“I could not afford the R500 for two nights as I did not even have food and a bus ticket home. I searched for other places hoping that by 30 November Rhodes would have made a decision on whether we receive the allowances or not. I borrowed money for a deposit on the new place or I’d lose the place.”

She said this badly affected her exams. “Sometimes I would write three consecutive days without break. I treated all nine of my exams as sit-ins because I couldn’t risk writing in the house because the Wi-Fi would stop in between my exams,” she said. The student was paying R200 towards Wi-Fi – the lowest package available.

“Towards the end of November, I literally had nothing, no food, no prepaid electricity, nothing. Stress just piled up as I had to move out of my place in between exams. It was just a lot,” she said.

Many said their families could not afford to pay their rent. One student said their lease would normally end on 30 November and that by this time they would have finished writing their exams.

“On this date, I would have even finished packing my belongings but would have to ask to keep them at other people’s places because I always do not have rent money for December and January,” one student said.

“I would come back in February and look for a new place. But this year, things were different as even on 30 November, the day I was supposed to move out, I had an exam,” she said.

Another student who said she was also writing her exams from campus said she collapsed of hunger outside Pep Home on High Street as she was coming from campus. She said she was assisted by a passerby who drove her to her place.

“Anything could have happened. All I want is to go home and just rest. I do not wish the hardship I went through on anyone,” she said.

The student said her bus ticket from Grahamstown to Durban was an anonymous contribution and that she was also assisted by student funding initiatives such as #GetStudentsHome.

“I write this with a heavy heart. I have been in need of money for quite a while now and I have resorted to prostituting myself. I have been rejected everywhere I applied for work. I’m meeting my first guy on Friday. I feel numb and disgusted, but we need food at home. The allowance helped a bit, but now we are approaching mid-December and still there is nothing. I just want someone I can talk to after the whole ordeal,” one student posted.

“All undergraduate exams ended on 02 December 2020, meaning that the academic year would have ended for those students. The only students with exams after the period were as follows:

“These students are not part of the NSFAS cohort,” said Bukula.

“The official academic year for Rhodes University does end in January 2021, but as of 2 December 2020, the student participation portion is over. Going into January 2021, the academic year will only include the marking and administrative processes of finalising results, along with some students writing supplementary and aegrotat examinations. And no, the university does not have an obligation to pay for student transportation.” DM