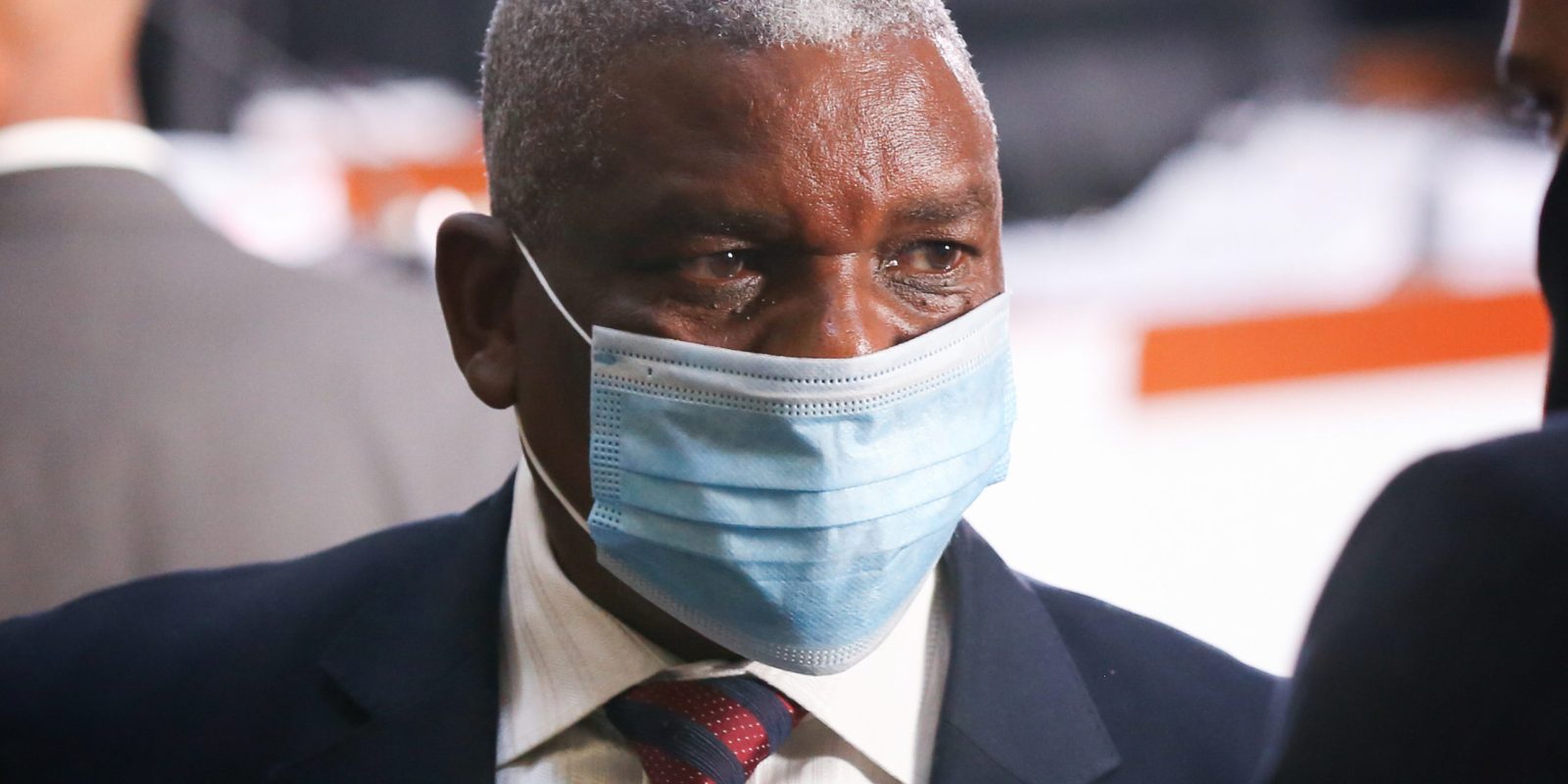 Former Eskom board member and acting CEO Zethembe Khoza, who gave evidence before the Zondo commission on Wednesday, said former public enterprises minister Lynne Brown met with the board on 11 March 2015 and requested an investigation to uncover and help resolve some of the issues at Eskom. (Photo: Gallo Images / Luba Lesolle)

Zethembe Khoza, a former Eskom board member and the utility’s former acting CEO, testified before the Zondo commission that ex-public enterprises minister Lynne Brown had undue influence over the board’s decision to suspend four of its top executives.

In 2015, Zethembe Khoza was mere months into his role as an Eskom board member when problems at the power utility prompted an inquiry and the suspension of four top executives.

Khoza, who gave evidence before the Zondo commission on Wednesday, said former public enterprises minister Lynne Brown met with the board on 11 March 2015 and requested an investigation to uncover and help resolve some of the issues at Eskom.

“She raised concerns over operations at Eskom. Load shedding was affecting the country, the economy and the people of South Africa,” said Khoza. Alongside procurement problems, Brown also seemed worried about Eskom’s finances after receiving an email that the utility could not pay salaries at the end of March.

Brown stressed that the investigation should be independent, in other words, should not have any interference from persons in management.

“Did the minister talk about suspension?” Zondo asked.

Khoza replied: “Even though it was not explicit, but the fact that the executives should be set aside so that the inquiry carries on with full credibility.”

According to Khoza, the then chairperson, Zola Tsotsi, had informed the board at a previous meeting on 9 March 2015 that Brown and Jacob Zuma had “instructed” that the inquiry be set in motion. At this meeting, no mention of suspensions was allegedly made.

But the question of who would be suspended was known before the inquiry began.

Tsotsi has testified that he was called to a meeting with Zuma and Dudu Myeni, the former South African Airways chair, at Zuma’s Durban residence. At this meeting, instructions attendees were told to push for the inquiry and given three names of executives who would be suspended.

On 10 March 2015, former Eskom legal head Suzanne Daniels was called by commercial and technology executive Matshela Koko (with Gupta henchman Salim Essa) to a meeting at Melrose Arch, Johannesburg. At the meeting she was asked about the process for suspensions and told four executives would be suspended: chief executive Tshediso Matona, group capital executive Dan Marokane, finance director Tsholofelo Molefe and Koko himself.

“It turns out to be the exact executives the board will ultimately suspend,” said Seleka.

Three of the four executives were paid millions to leave Eskom quietly, while Koko was subsequently reappointed.

According to Daniels, at this meeting, Essa had introduced himself as Brown’s “adviser”.

Testifying before the commission in September, Tsotsi said: “I had the distinct impression that there could be an orchestration of some exercise here to replace the top layer of Eskom people with some people who are associated with the Guptas.”

“Was the board not being influenced and manipulated to make certain decisions?” asked Zondo.

“Based on the evidence presented, it is possible,” replied Khoza. “It is unfortunate that at the meeting on the 9th, Mr Tsotsi did not mention where the information was coming from. If it was a question of Dudu Myeni, who is not working for Eskom, the debate was going to be completely different.”

Tsotsi told the commission in September that Myeni had undue knowledge of the utility. Myeni, who led the meeting at Zuma’s residence, had, in essence, advised Tsotsi on how to “fix Eskom”.

The commission was meant to hear evidence from both Khoza and former Eskom director Viroshini Naidoo, who didn’t bother to show up. At the beginning of proceedings, a visibly annoyed Seleka said Naidoo had only submitted her affidavit on Tuesday and her lawyers had requested that her evidence be postponed to a later date.