Why did Busisiwe Mkhwebane breach her oath of office? 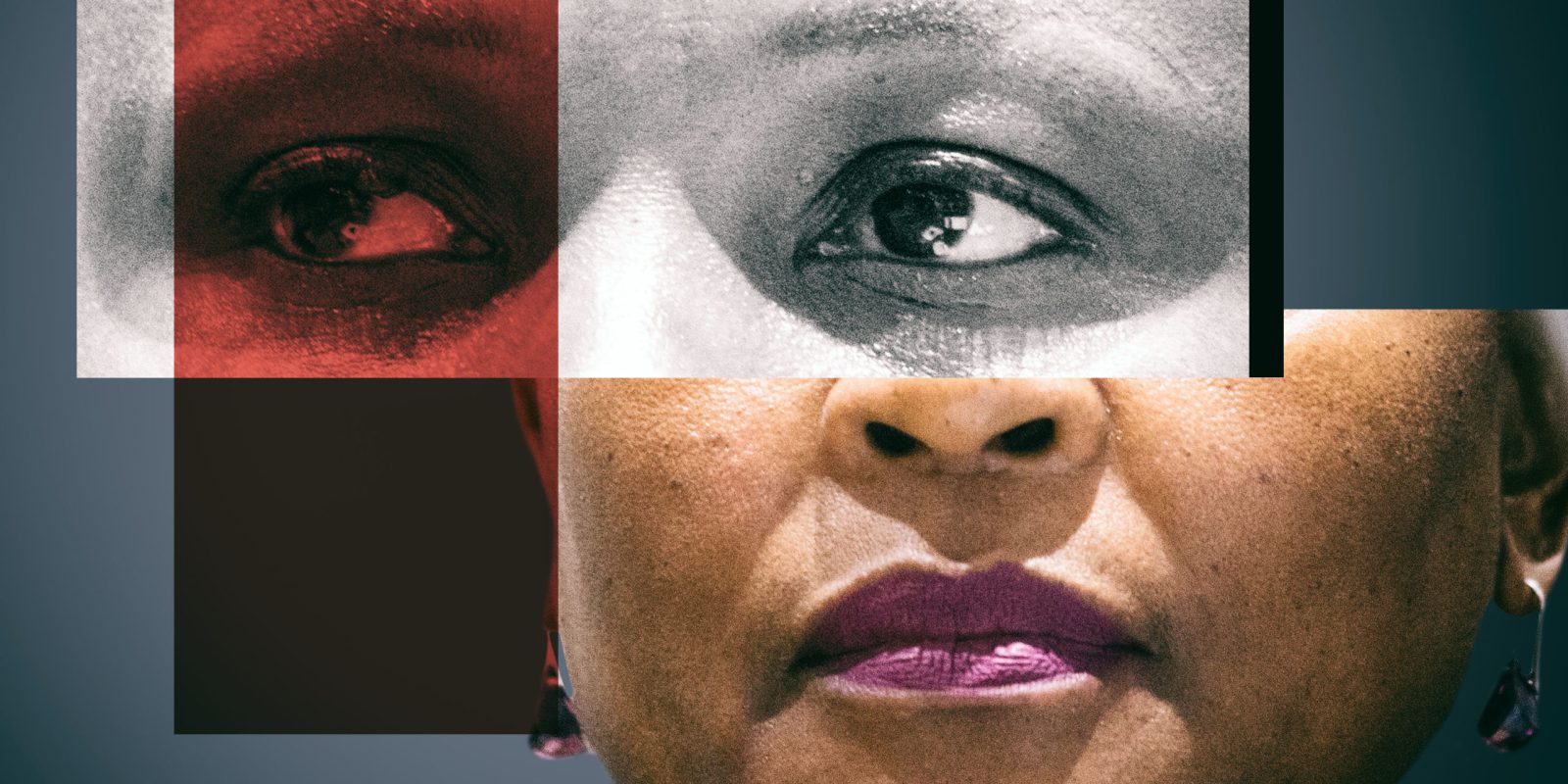 It would not have surprised anyone who had looked into the relevant legal issues that the high court earlier this week reviewed and set aside Public Protector Busisiwe Mkhwebane’s report in which she found that SARS had unlawfully established an investigative unit which engaged in ‘rogue’ activities. However, the court’s conclusion that the Public Protector ‘allowed her important office to be used to try and resuscitate a long-dead fake news propaganda fiction’ does raise important questions.

It is difficult not to repeat oneself when writing about yet another scathing court judgment reviewing and setting aside yet another politically motivated report authored by Public Protector Busisiwe Mkhwebane.

One could go on.

To avoid this kind of repetition, I will focus only on two important aspects of the high court judgment in Gordhan v Public Protector, in order to illustrate why the judgment is more damning of the actions of the Public Protector than the previous scathing judgments from various courts, including the Constitutional Court, and why it raises serious questions about the Public Protector’s motives.

Previous court judgments already demonstrated beyond any doubt that the Public Protector is unfit for office and that she must be removed from her position forthwith, not only to protect her from herself, but also to protect the public from the destructive impact of her rogue behaviour. But the latest judgment goes further, suggesting that the Public Protector acted in bad faith to advance the political interests of those who promoted “the false rogue unit narrative”, in complete disregard of both the law and the facts.

The first aspect of the high court judgment I wish to focus on relates to the manner in which the Public Protector dealt with a then classified report compiled by the Inspector General of Intelligence. (This report — referred to as the OIGI report — has since been reviewed and set aside by the high court.) The report is not listed as one of the documents the Public Protector relied on in her investigation. In her report, she explains that she was unable to obtain a declassified copy of the report, suggesting that she did not herself have sight of the content of the report.

The Public Protector nevertheless stated in her report that she had it “on good authority” that the report found that the establishment of the SARS investigative unit was unlawful. Her report also instructed the Minister of State Security to implement “in totality the OIGI report”.

It is important to note that the unauthorised possession of the classified report of the Inspector General of Intelligence is a criminal offence in terms of s4 of the Protection of Information Act. This was recently confirmed by the high court in Minister of State Security v Public Protector and Others, in which the court (wrongly in my view) declined to exercise its discretion to order the release of the classified report. (A declassified version was later made available to the Public Protector.)

Surprisingly, counsel for the Public Protector conceded in argument before the high court “that, despite the explicit statement in the Report that she has not had sight of the OIGI report” when preparing her own report, “she had in fact had the OIGI report in her possession when she drafted” her report.

This is surprising for two reasons. First, the concession seems to expose the Public Protector to criminal prosecution for contravening section 4 of the Protection of Information Act, something that is specifically noted in the high court judgment. (It is unclear whether the matter is being investigated and whether the Public Protector will be prosecuted for seemingly admitting that she committed a criminal offence.) Second, the concession reveals that the Public Protector deliberately lied in her report, but did so in a shockingly amateurish manner that was bound to be exposed in any court proceedings.

To make matters worse, in responding to Minister Gordhan’s court papers in which he complains about this dishonest and potentially criminal action, the Public Protector blithely stated that this was all “water under the bridge” as the Minister of State Security subsequently agreed to give the Public Protector a declassified version of the OIGI Report with redactions of sensitive information on it. The high court was rightly shocked by this blithe attitude regarding her own dishonesty and possible criminal behaviour, noting that it tarnished her reputation and damaged the legitimacy of the office that she holds.

In the absence of an investigation by the Hawks or other SAPS investigators, or any information uncovered by journalists, it is not possible to determine with any certainty what motive the Public Protector might have had for “allowing her office to be used” to amplify the political propaganda of proponents of the “rogue unit” fiction.

The second aspect of the high court judgment I wish to focus on relates to the findings by the Public Protector that the SARS investigative unit had unlawfully acquired investigative equipment because “evidence at my disposal confirms the existence of such equipment as well as the acquisition thereof”. The high court noted that this claim was untrue as any evidence in this regard related to equipment acquired by the Anti-Corruption and Security Unit at SARS, an entirely different unit from the so-called “rogue unit”.

Moreover, the Public Protector argued, somewhat contradictorily, that the very fact that she had not obtained evidence of the procurement of equipment by the unit, must prove that such equipment was procured, and that it was procured unlawfully, as the failure of SARS to provide her with evidence was “suspicious and unwarranted”. The high court described this reasoning as astonishing, wryly commenting: “How does no evidence become evidence?”

As the court pointed out, the problem arose because the Public Protector started her investigation already having concluded that the SARS unit was unlawfully established and that it had engaged in illegal intelligence gathering. This led her to conclude that the absence of evidence of the wrongdoing she was determined to find, proved the very thing for which no evidence could be obtained. Because her mind was seemingly made up, the Public Protector even ignored the findings of the discredited Sikhakhane report (which she heavily relies on elsewhere in her report) that it was “accepted that the unit did not have the required equipment to carry out such electronic surveillance or interceptions”.

In light of the above, it is not surprising that the high court went beyond the kind of adverse findings in previous court judgments regarding the Public Protector’s honesty and competence. The high court went further, holding that the Public Protector was biased against Pravin Gordhan and Ivan Pillay, “that she approached her investigation with a preconceived notion determined to make adverse findings against Minister Gordhan and Mr Pillay, thereby promoting the false rogue unit narrative”, and thus that she “allowed her important office to be used to try and resuscitate a long-dead fake news propaganda fiction”.

In the absence of an investigation by the Hawks or other SAPS investigators, or any information uncovered by journalists, it is not possible to determine with any certainty what motive the Public Protector might have had for “allowing her office to be used” to amplify the political propaganda of proponents of the “rogue unit” fiction.

If this is so, it may be that the Public Protector is guided by genuine ideological beliefs such as those purported to be embraced by the so-called RET faction within and outside the ANC. Such beliefs may then have convinced her that the SARS unit investigating tax evasion by politically exposed individuals was a “monster” (as she had stated in an interview), and thus that those involved in the SARS leadership at the time were also “monsters” who had to be dealt with no matter what.

Another possibility is that the Public Protector may have been persuaded by financial or other incentives to pursue particular political objectives. But she may also have been motivated by nothing more than fierce personal loyalty to one or more unidentified powerful individuals. Last, her alleged links to the intelligence service (and particularly those rogue elements in the service who in the past have allegedly interfered in political matters to advance the interests of former president Jacob Zuma) may also be an avenue worth exploring in any investigation.

I make no assessment about the veracity of any of these possible motives and am not suggesting that there is sufficient evidence to make such an assessment regarding each of the possible motives. What I do believe is that a finding by a court that the Public Protector had allowed her office to be used for a nefarious political purpose is a serious matter and that it is important to try to establish what motivated the Public Protector to act in this way in order to understand why this happened and how it can be prevented in future. DM