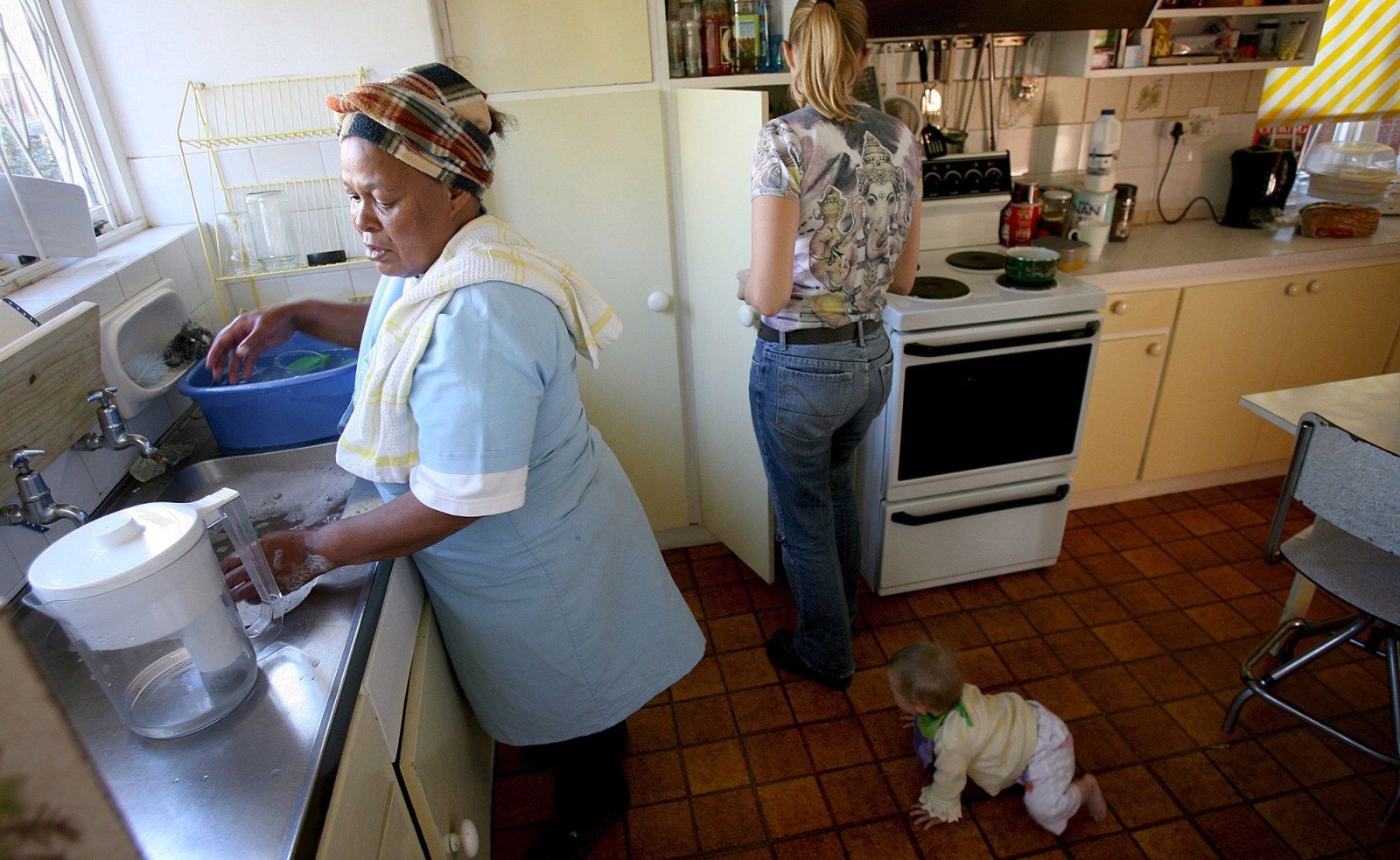 The Mahlangu judgment is indeed a victory for domestic workers who labour every day in the face of job insecurity, low wages and poor working conditions. Yet, to view it solely as a case about access to social security, is to fail to appreciate the true significance of the court’s judgment, which lies in its emphasis on intersectional discrimination.

On 19 November 2020, the Constitutional Court handed down judgment in Mahlangu v Minister of Labour, ruling that a provision in the Compensation for Occupational Injuries and Diseases Act (Coida) 130 of 1993 is unconstitutional by excluding domestic workers from being able to claim from the Compensation Fund in the event of death, injury and/or illness sustained or contracted during the course of their work.

The judgment has rightly been hailed as a victory and a significant step forward in the advancement of the status and rights of domestic workers. It also comes at a time when Covid-19 places domestic workers at considerable risk both in terms of their exposure to the virus and, more generally, the increased risk of unemployment and loss of income as a result of the lockdowns.

According to Statistics South Africa, 2.2 million jobs were lost in the second quarter of 2020, with about 250,000 of these in the domestic work sector. Domestic workers are predominantly black women, low-wage workers with very little job security. As breadwinners in their families, the loss of work inevitably translates into the loss of income directly flowing to poorer households.

In South Africa, the precarious working conditions faced by domestic workers are rooted in both historical and contemporary political and economic processes. Prior to the advent of the Constitution, discriminatory apartheid laws excluded black South African women from participation in labour market activities, while relegating them to low-income jobs in one of the few sectors that provided women with employment.

A hierarchical, racialised and gendered labour market was constructed, reinforced by laws restricting movement and trade, the dispossession of land, restricted access to education, skills acquisition and job opportunities.

Despite significant legal reforms to the labour regulatory framework since the end of apartheid, including the 2002 introduction of Sectoral Determination 7, which prescribes the basic employment conditions of domestic workers, the exclusion from Coida, and indeed the delay in passing the Coida Amendment Bill, had been a stark reminder of the ongoing injustices of a system that fails to properly value domestic work.

While South Africa has been hailed as having one of the most progressive labour law protections for domestic workers, the sharp disjuncture between labour and social security rights and the full enjoyment of these rights by workers is an intractable problem. This has largely been as a result of low compliance with these laws by employers and the lack of proper statutory monitoring and enforcement.

For the Mahlangu judgment to have a truly transformative impact on the lives of domestic workers, proper implementation and enforcement of the law is thus required. The recent statement released by the Department of Employment and Labour on 22 November 2020 in response to the judgment, on the issuing of directives to employers and the assessment of past compensation claims, is welcomed. However, only time will tell whether this will provide the much-needed momentum to address the systemic deficiencies in the administration of Coida by the Compensation Fund. Access by domestic workers will be severely hampered by the existing capacity constraints and the court’s order, that inclusion be retrospective to 27 April 1994, will certainly test the competencies of the fund.

The implementation challenges are partly related to nature of the domestic work sector — it is well known that the formal enforcement process of the Department of Employment and Labour is ill-suited to the domestic worker-employer relationship in private households.

Beyond Coida, the implementation and enforcement challenges associated with the broader labour law framework covering domestic workers must be addressed. A recent example of this challenge arose during the lockdown with domestic workers facing considerable difficulty in accessing the Covid-19 TERS scheme, either due to the lack of registration with the Unemployment Insurance Fund; the employers’ failure to pay the necessary contributions; and/or their status as undocumented foreign nationals.

An urgent court application brought in May 2020 by the Casual Workers’ Advice Office, supported by Izwi Domestic Workers’ Alliance and the Women on Farms Project challenged the unfairness of the rules governing the TERS, which subsequently led to an amendment of the TERS directives, the effect of which included extending the definition of eligible workers to every worker affected by the Covid-19 lockdown.

In the face of these challenges in gaining access to these benefits, workers’ organisations have had to step up to provide assistance, such as the solidarity funds established by the International Domestic Workers’ Federation (of which the South African Domestic Service and Allied Workers’ Union is a member), which directly benefited domestic workers on the ground by providing immediate relief in the form of distribution of food parcels, personal protective equipment and medication.

The implementation challenges are partly related to nature of the domestic work sector — it is well known that the formal enforcement process of the Department of Employment and Labour is ill-suited to the domestic worker-employer relationship in private households.

To date, various strategies have, however, been employed by stakeholders within the sector to ensure better implementation of laws, including the empowerment of domestic workers through legal education; equally educating employers, particularly with respect to minimum wage laws, Sectoral Determination 7; occupational health and safety legislation and now Coida; and actively engaging with employers and the broader community in ways that shift attitudinal and cultural perceptions of domestic work. These strategies go some way in realising the rights of domestic workers, but more needs to be done.

Mahlangu is indeed a victory for domestic workers who labour every day in the face of job insecurity, low wages and poor working conditions. Yet, to view it solely as a case about access to social security, is to fail to appreciate the true significance of the court’s judgment, which lies in its emphasis on intersectional discrimination. As the majority of the Constitutional Court, per Victor AJ, notes:

“Because Black women found themselves at the intersection or convergence of multiple oppressions, some argue that the indignities they face can tell us something about the ‘grand design’ or brutality of apartheid. Intersectionality indeed becomes a useful analytical tool to understand the convergence of sexism, racism and class stratification and the discriminatory logic embedded in these systems. Unravelling the multiple layers of discrimination that Black women faced and still face might aid us in the quest to make a decisive break from our past towards the establishment of a democratic, compassionate and truly egalitarian society […] The marginalisation that domestic workers and Black women in general faced during apartheid has regrettably been extended to the present day.”

The true struggle of domestic workers is encapsulated in this dictum. The hard road towards inclusion in Coida exemplifies a greater challenge around the attainment of justice for black women, not only towards dignified work and a living wage, but including access to adequate housing, sanitation, land ownership, education and entrepreneurship opportunities, the full realisation of gender equality and a life free from violence and harassment, including gender-based violence.

Transforming the lives of domestic workers will not happen at the stroke of the pen. It starts with centering the voices, needs and interests of domestic workers in spaces where policies and laws are made that directly impact on them; strengthening and democratising institutions that are directly involved in monitoring, enforcing and resolving labour matters; building solidarity and organising across workers, anti-racist, feminist, housing, environmentalist movements and the like; and organising for real, sustainable change in the lives of workers who form the backbone of our economy and societies. DM

Sufia Singlee is a lecturer in the Faculty of Law at the University of Cape Town and a doctoral student in the School of Law at Durham University. Her research focuses on national minimum wage laws, the domestic work and garments sectors, and innovative labour regulation.