The ANC is dealing with its corruption cases, Ramaphosa reassures House 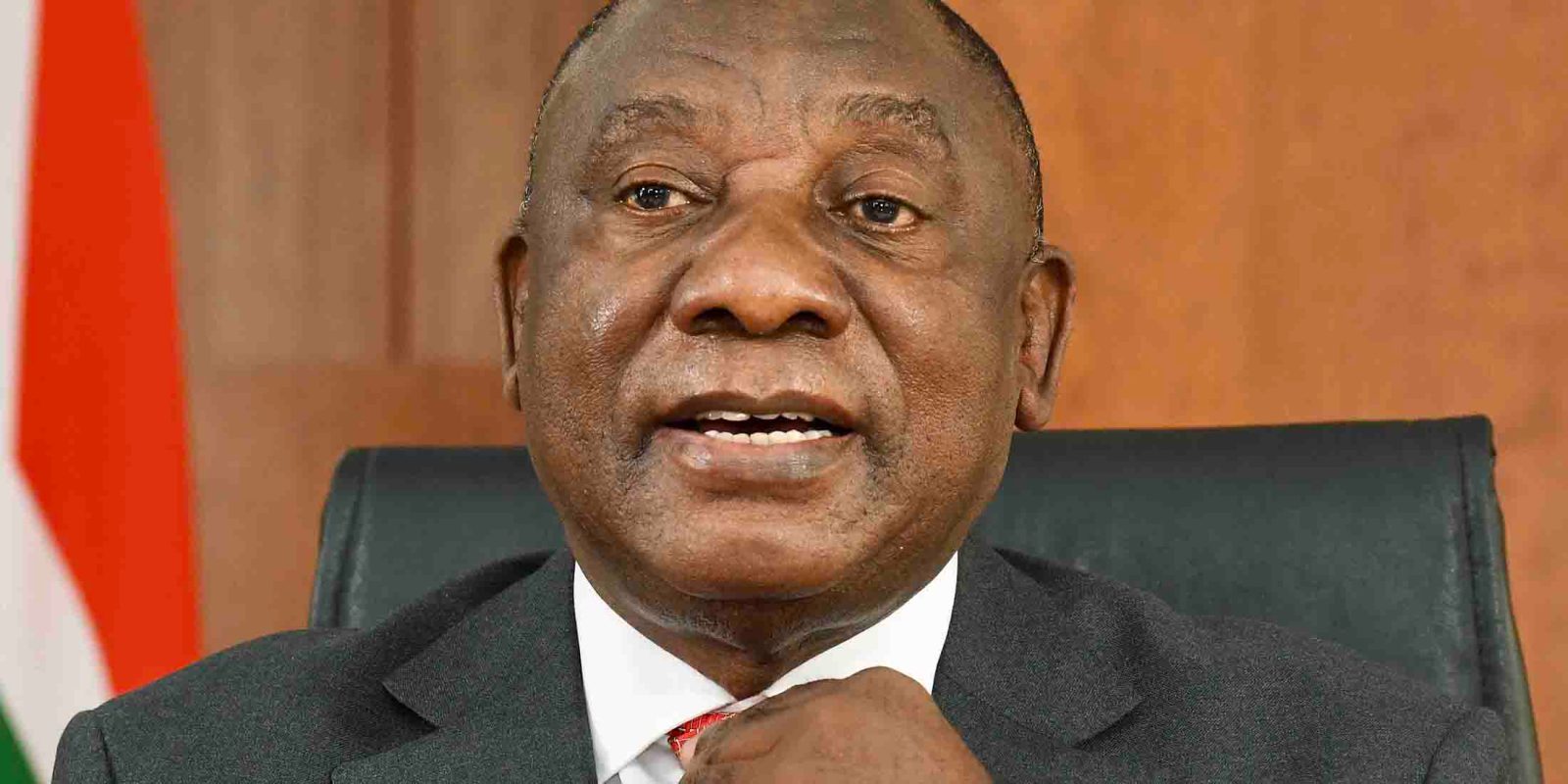 President Cyril Ramaphosa replies to oral questions in the National Assembly during a hybrid sitting in Parliament on 12 November 2020. (Photo: GCIS / Jairus Mmutle)

President Cyril Ramaphosa couldn’t dodge questions over corruption charges against ANC Secretary-General Ace Magashule and others in the governing party. But he got his own back over the DA’s call to ditch black empowerment.

In and out of court in Cape Town since November 2019 for allegedly attempting to bribe the parliamentary Eskom State Capture inquiry evidence leader, Bongo in October 2020 was charged as one of 11 accused in a Mpumalanga land sale-related fraud, corruption, theft and money laundering case.

But Bongo, comparatively speaking, was the small fry. DA leader John Steenhuisen had his eyes set on ANC Secretary-General Ace Magashule, who’ll be in court in Bloemfontein on Friday on corruption, money laundering and fraud charges related to the R255-million asbestos audit scam.

Steenhuisen’s double whammy followed President Cyril Ramaphosa’s defence of his administration’s fight against corruption and State Capture with numbers and stats on cases investigated and before courts.

“If all of that is really true and you really are committed to rooting out corruption, how is it Ace Magashule is still your secretary-general and Bongani Bongo is still able to put questions on this Order Paper?”

Ramaphosa pointed out he was in the House as president of South Africa, not of the ANC. But he responded.

“The issues of the leaders of the ANC is a matter that’s handled by the ANC. The ANC, through its own processes, is dealing with these matters. Like I said before… let us wait for all these processes to unfold. In time these matters will be addressed and everyone will get to know how the ANC is addressing these matters.”

Ditto, claims that payments to the ANC in 2013 and 2014 were facilitated by its then treasurer Zweli Mkhize, as part of the Passenger Rail Agency of South Africa (Prasa) tall trains corruption debacle. Mkhize later issued a statement dismissing any wrongdoing.

On Thursday in the House, Ramaphosa said, “it is being dealt with by the ANC”.

“It’s a matter we need to apply our minds to, having regard to exactly what happened. We are going to the bottom of this so we are able to remove all forms of doubt.”

On all counts, the spin is that something’s happening – however, it is lacking even the vaguest detail.

The reality, of course, is that the matter has been kicked for touch – as recently as Tuesday when the ANC Top Six met to discuss Magashule’s arrest warrant, and Wednesday’s by-elections.

It’s been clear since early October that even if Ramaphosa wanted action against those in the governing ANC ranks charged with corruption or other malfeasance, he was hung out to dry in the factional jockeying.

On 5 October when Ramaphosa’s closing ANC National Executive Committee (NEC) lekgotla closing address was televised, he talked of the need for further discussions on ANC members stepping aside, and not doing business with the state.

“The ANC commits to an approach that balances the need for the detection of the movement of bribes, the use of the financial systems to launder illicit money flows and the human rights need to allow for honest living (including engaging in business activities) where a citizen has ceased to be entrusted with a prominent public function,” said the subsequent ANC NEC statement.

“Employees of the state should not conduct business with government. At the same time, further consultations will be held among the Alliance Partners and in the legislatures across the political spectrum to find the most appropriate approach to the issue of other politically exposed persons conducting business with the state.”

That effectively softened into inconsequence what had been styled as a “decision” arising from the two-day ANC NEC that ended on 30 August.

I have no form of control over these bank accounts. It is not therefore in my power to make any of those public. Absolutely no evidence of corruption exists in relations to these documents of the CR17 campaign.

“Cadres of the ANC who are formally charged for corruption or other serious crimes must immediately step aside from all leadership positions in the ANC, legislatures or other government structures pending the finalisation of their cases,” is how the official ANC NEC statement put it.

“The officials, as mandated, will develop guidelines and procedures on implementation, and the next NWC [National Working Committee] meeting will review progress. In cases where this has not happened, such individuals will be instructed to step aside.”

Having kicked for touch on Magashule and Bongo and others, Ramaphosa also sidestepped EFF leader Julius Malema’s questions why he’s still not made public the bank statements of his CR17 campaign for ANC president.

Public Protector Busisiwe Mkhwebane had filed these documents in an ultimately unsuccessful bid to retain the validity of her report finding the CR17 campaign had been involved in money laundering. That report, taken on review by Ramaphosa, was declared invalid and set aside in March. But the EFF subsequently went to court to obtain these bank statements.

On Thursday Ramaphosa sidestepped the question, saying that only the Financial Intelligence Centre could make those bank statements public, as it has said in court documents.

“I have no form of control over these bank accounts. It is not therefore in my power to make any of those public. Absolutely no evidence of corruption exists in relations to these documents of the CR17 campaign.”

But then Ramaphosa stepped a bit too far in arguing how in any case no rules existed even at Parliament to force the disclosure of donations for internal party position contests.

His ANC had actually done exactly that, using the parliamentary code of conduct and the joint ethics committee. In October 2015, the then DA leader, Mmusi Maimane, and DA MPs Wilmot James and Makashule Gana were rapped over the knuckles for – not declaring sponsorships in their battle for DA leadership positions.

And an ANC statement in the name of its chief whip made much of that DA failure to declare:

“We are mindful of the fact that currently there is no legislation directly regulating disclosure of private funding of political parties. However, these DA MPs cannot use this fact as a scapegoat as the benefits they may have received around their own campaigns were handed to them personally (and not the political party), a matter which is regulated under the code.”

In line with the new DA policy of not seeing race, Steenhuisen’s memory slipped regarding South Africa’s deeply and racially divided past, and the presence of continued racialised poverty, joblessness and inequality. And so the DA leader asked Ramaphosa whether he’d ditch the “race-based policies [that] are tearing our country apart”.

His backbenchers applauded. The president retorted – with a constitutional and history lecture.

His administration was not a racist government, but one which sought to ensure the constitutional imperatives of equality are obtained.

“When we act to lift up those unprivileged, we can’t say that’s racism,” said Ramaphosa. “If we take steps to promote the women of this country, we are not discriminatory… but act to uplift them to equality.”

It was one of the better moments in a dreary question session, not lifted by the presidential emphasis of South Africa as a nation at work. But after three hours, Ramaphosa was done. And so were his 2020 Q&A commitments to the House. DM