Free State farmers: We see SAPS’s efforts but more must be done 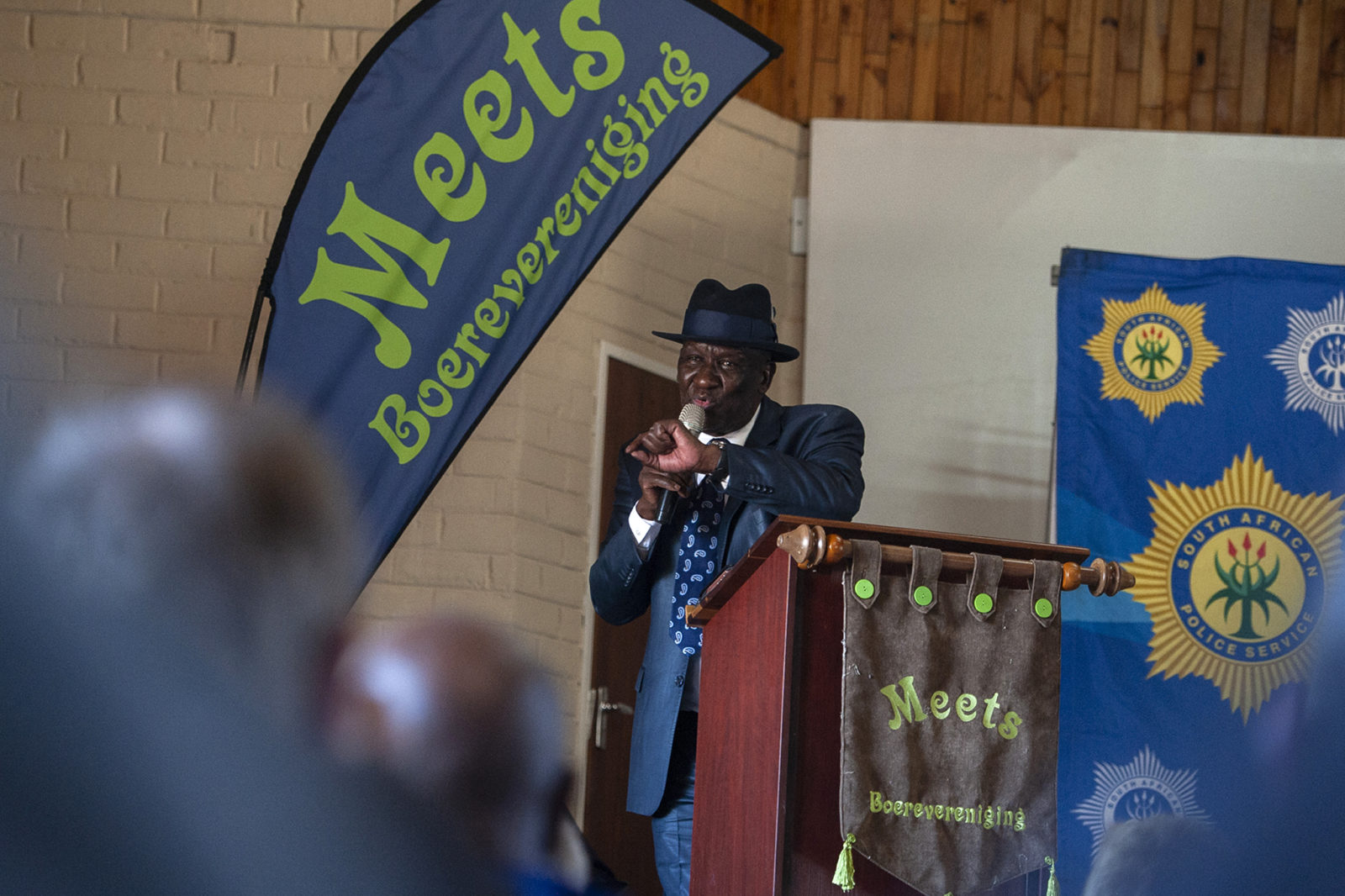 File Photo: Police minister Bheki Cele at the meeting at the Mitz Agricultural Union Hall outside Bethlehem. Cele vowed to rebuild trust between the SAPS and farmers. (Photo: Shiraaz Mohamed)

After reviewing stock theft dockets from 2012 to the present, SAPS has identified five groups who are allegedly behind stock theft in eastern Free State. Police Minister Bheki Cele met with farmers in Bethlehem on Thursday and called for the farming community, black and white, to unite against the crime.

Police Minister Bheki Cele met with the eastern Free State farming community in Bethlehem on Thursday to update them on efforts to tackle rural crime. He made a commitment to return after he visited the area in October following the murder of 21-year-old farm manager Brendin Horner.

The team reviewed stock theft cases lodged with police since 2012 and found there were five primary groups, with a total of around 27 members, driving the crime in the area. Motswenyane detailed recent arrests regarding cases of murder and attempted murder in the area, with some suspects having recently been released on parole.

Police arrested Sekwetje Mahlamba, 32, and Sekola Matlaletsa, 44, for Horner’s murder. Matlaletsa was released on bail while Mahlamba’s bail application was rejected. Shortly after their appearance in the Senekal Magistrates Court, the pair were arrested on other stock theft charges and they are both now behind bars awaiting trial.

“The teams are up and running. They’re being dedicated to this task team so that we can make sure that at the end of the day justice can be done on these cases,” said Motswenyane.

She outlined some of the driving causes of stock theft, explaining that some farmers allow Lesotho citizens to graze stock on their land and when the deals collapse, the foreign farmers sometimes come back and take their stock and those of the Free State farmers.

She said farmers and farmworkers sometimes assault or shoot at trespassing Basotho, who return to seek revenge. While many residents often cite the close and porous border with Lesotho as a challenge, Mahlamba and Matlaletsa are both South African citizens.

Farmers in eastern Free State have accused the police of working with stock thieves and suppressing cases against them. Motswenyane said the task team is investigating the corruption allegations.

“We already see the changes. We already hear the plans,” said Herkie Viljoen, chairperson of the Bethlehem AgricultureUnion and Security organisation.

Farmers welcomed the task team’s intervention but called for further resources to be allocated towards the Revised Rural Safety Strategy to prevent crime.

“We’re in a survival mode at this stage. This whole crime that is happening on the farms and in the townships and towns, already it’s grabbed us by our hearts and we’re saddened,” said Viljoen.

“We heard last night there was another attack and that’s only an attack on the farm and we want to raise our hats for all the other people in towns that are getting raped and murdered every day, so this is not only a farm problem. I think it is a criminal problem,” he added.

Black farmers questioned whether the state and media were giving their lives the same weight as those of white farmers.

“I’m just worried that when just one person died here in Paul Roux the whole world stops, we are struggling every day with criminality in this country.”

Motsepe Mohlala from the National African Farmers Union (Nafu) said five black farmers have been killed in the area since January 2020 but the police and media didn’t focus on the cases.

“Why is it that black lives don’t appear to be important?” he asked.

Cele said that while the media doesn’t sometimes focus on the murder of black farmers, he has a constitutional duty to prevent and investigate crime and protect all South Africa’s inhabitants.

“I’m making a call: stop being divided and wasting your energy fighting among yourselves. We have a common enemy there, crime, that we must all come together and make sure that we deal with that,” said the minister.

He said the figures on stock theft were shocking. “It’s a hell,” he said.

According to the latest crime stats released on Friday 13 November, in the three months of reporting, there have been 7,339 cases of stock theft countrywide. This includes 26,322 sheep and  over 14,000 cattle stolen and found themselves in abattoirs and on to the plates of unsuspecting South Africans.

This crime has also recorded a decrease in all provinces except for the Northern Cape.

“People must be free in the Free state.”

Cele said members of the Justice, Crime Prevention and Security Cluster would work together to tackle problems in the law enforcement and justice sectors that failed to ensure that criminals in the area are held accountable and don’t continue to commit crimes. DM