Exhibition tells the story of the Hong family, Brixton’s 166 Caroline Street and a slice of Chinese-South African history 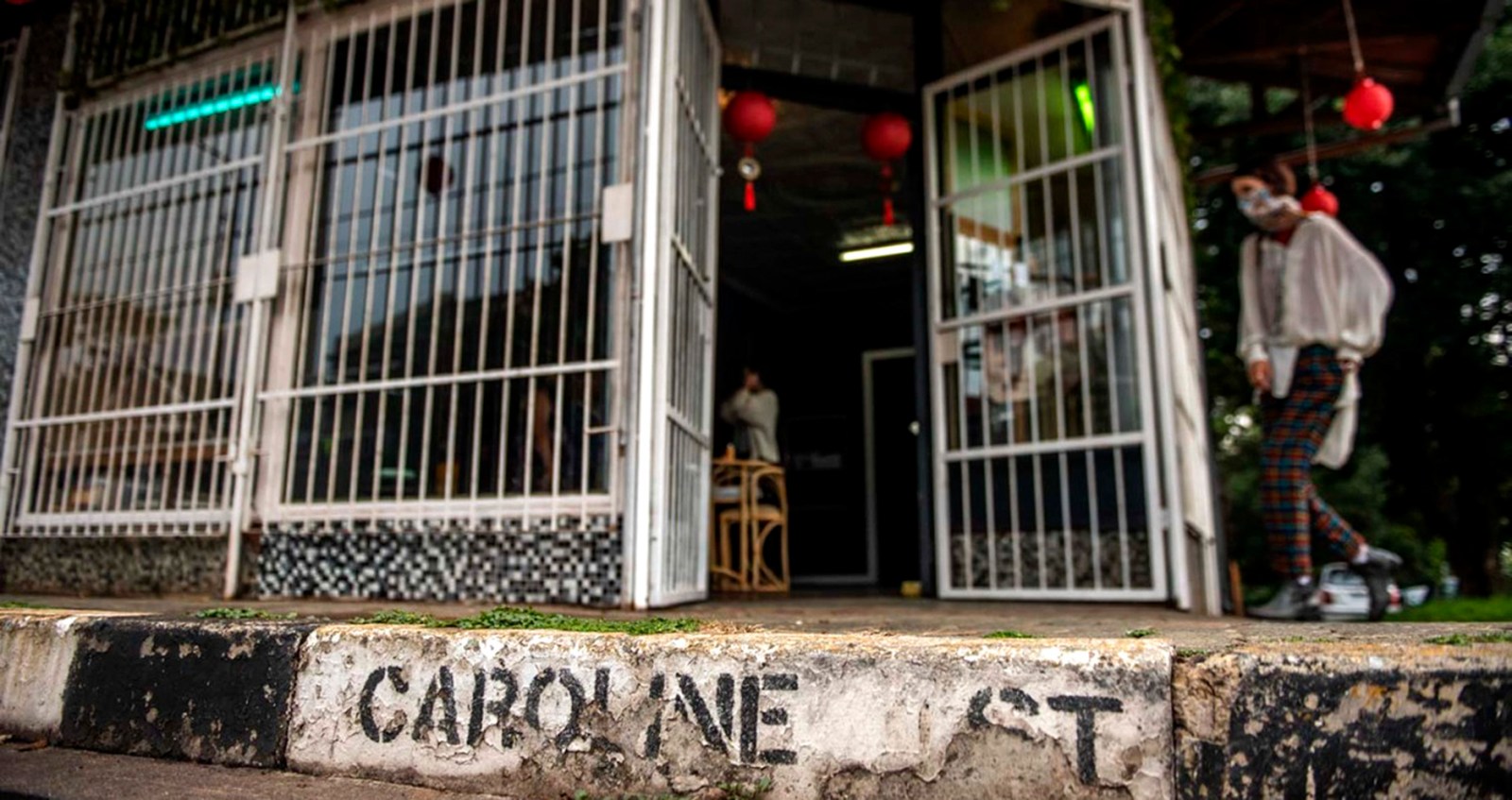 The Chinese immigrant Hong family ran the Caroline Supply Store in Brixton, Johannesburg for 56 years — 166 Caroline Street is the historic site of an exhibition titled ‘Behind that Window’, co-curated by Tamzyn Botha and Sally Gaule.

The exhibition pays poignant homage to the family and is punctuated by original artefacts such as handwritten till slips, family photographs and a little tin box used as a “cash register”. Walking into the exhibition, one is greeted by the smell of incense permeating throughout the space and accompanied by traditional Chinese music in the background.

In her opening address,  Chinese historian and author Dianne Leong Man foregrounded the conditions under which Chinese people emigrated from China in the 1900s as a result of war and famine, which forced people to seek refuge in countries around the world.

She said most immigrants to South Africa were from the region of Guangdong, spoke Cantonese and Hakka and moved to another country by using the chain immigration system – where family members of a former villager would go ahead and then assist others from their family or village to immigrate –  something she attributed to why the Chinese community in South Africa is so close-knit.

Leong Man explained that immigration was extremely difficult as, for example, in 1930 Chinese men over the age of 16 were prohibited from immigrating to South Africa and therefore resorted to buying or selling registration papers, a practice popularly known as “paper sons”. This was how the brothers Mr Hong and Mr Young managed to come to South Africa in 1935. They were aided by an uncle already living here and who helped Mr Hong to buy the shop at 166 Caroline Street.

In 1953, immigration to South Africa was stopped completely by the apartheid laws, meaning that people coming from China could only come into South Africa as stowaways on ships, which is how Mrs Hong (then unmarried) came to South Africa in 1961. She and Mr Hong were married later that year, opened the Caroline Supply Store and had four children. Mrs Hong ran the shop until 2018.

Chinese people were often harassed by police and government officials looking for the slightest transgression in order to solicit money. The Group Areas Act meant that Chinese shopkeepers trading in what were then considered white areas had to use white nominees in order to run their shops. The Hong family lived behind their shop in very cramped quarters and did not consort with their neighbours.

Dedicated to creating a better life for their children, the Hongs worked every day of the week and were only closed on New Year’s Day and 10 October, the National Day of the Republic of China. They knew that the only way that their children could have better opportunities was to invest in their education.

In closing her talk, Leong Man said that the value of the exhibition was to show the younger generation what life was like for their parents and grandparents – a reminder that they are the products of a lot of hardship and dedication.

The second son of the Hongs, Vernon Hong, was in attendance at the exhibition opening and reflected on what it was like growing up in the shop. He said that he and his three siblings all had a BSC (degree) – a Behind Shop Counter qualification – as their parents made sure that they knew how to work in the shop.

Vernon described his father as being a very handy man, remarking that he had built the shelves that are still in the shop today. He said that despite only having a Grade 3 education, his mother was very industrious and managed to learn sewing and knitting skills from a clothing factory before leaving China. This, said Vernon, was why their clothes when they were children were never shop-bought, but rather made by his mother. They also grew their own Chinese vegetables in their small back garden.

To supplement their income, the family ran a gambling den behind the shop on weekends, from 1974 to 1977.

He said that his parents were very strict and that if one of the children was naughty and got a hiding, the other siblings would be punished too. They were not allowed to socialise with their neighbours as the parents saw white children as naughty and mischievous. As children, they had to find ways to entertain themselves like playing cricket using a wooden box for stumps, or cops and robbers. They were only sometimes allowed to ride their bicycles outside.

Vernon said that everyone knew his mom as “Magogo” and said that she was doing well, turned 83 this month and sent her regards.

The official opening of the exhibition was on 12 November and will be open on Wednesdays to Sundays until 29 November. Visiting hours are from 11am to 4pm. DM/MC