We need a radical rethink on housing and urban developm...

We need a radical rethink on housing and urban development 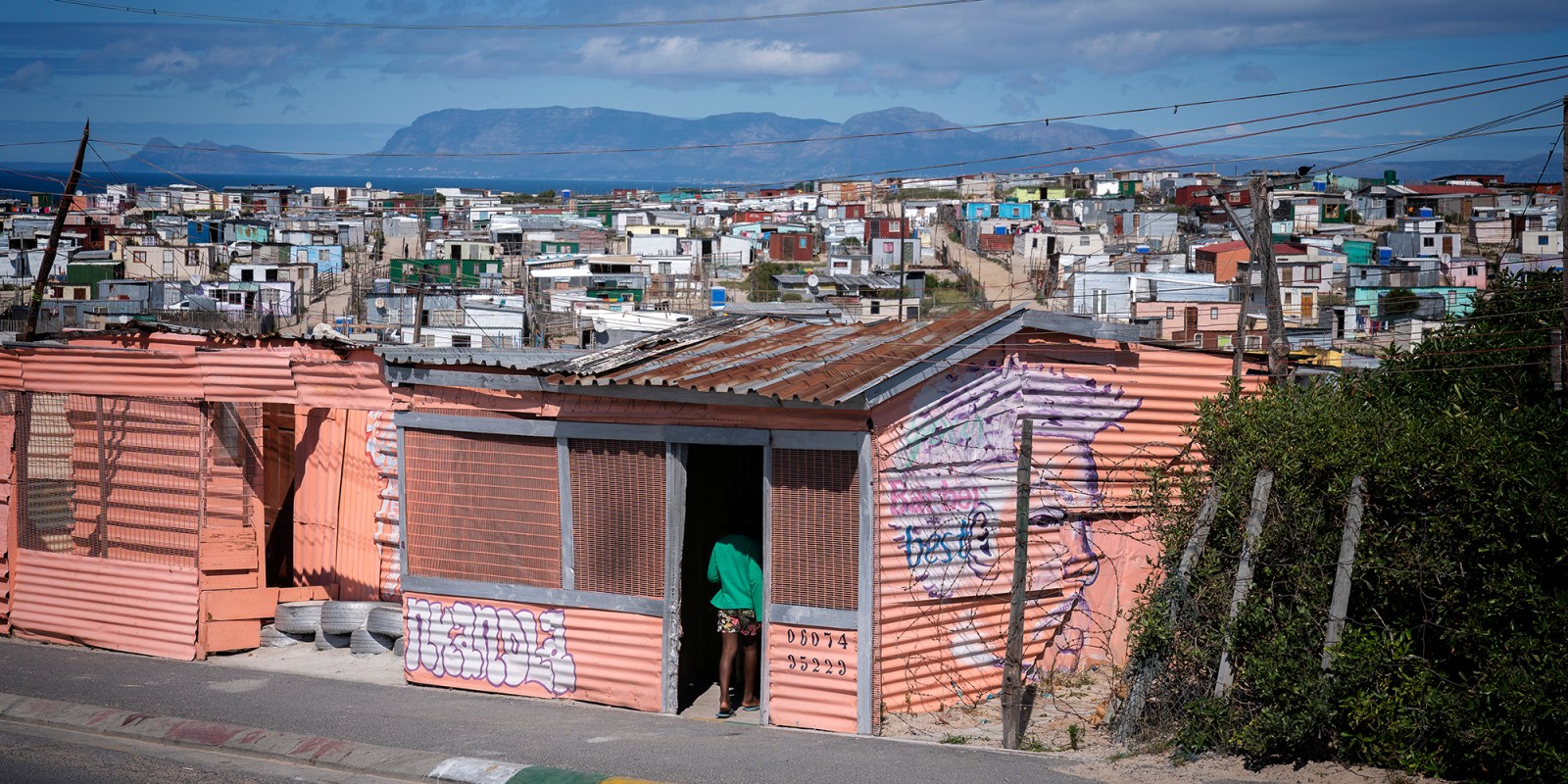 South Africa must move away from apartheid-style cities with the poorest people having to live far from economic opportunities. (Photo: EPA-EFE/NIC BOTHMA)

For many poorer South Africans, location trumps ownership. It is usually far better to rent accommodation in Orange Grove than to own a house in Orange Farm.

The current policy has delivered millions of RDP units at a rate that experts agree is much better than public housing programmes in most other countries. However, South Africa’s approach of building RDP houses that are often far away from centres of economic activity, with limited access to decent schools and functional infrastructure, has reinforced apartheid spatial patterns and contributed to our shockingly high unemployment rate. Many poor people who live in these remote settlements cannot afford transport costs to even search for jobs.

The commitment to providing a fully subsidised, free-standing house to all South Africans earning less than R3,500 per month meant that the government needed to access enormous amounts of undeveloped land for its RDP housing projects. Generally, such land was located on the outskirts of a city or town. With population growth and rapid urbanisation, this is no longer a viable, or affordable, strategy.

Even under improved fiscal circumstances, the costs of a “greenfields” dominated approach is likely to bankrupt our cities. Urban sprawl, transport and environmental costs will be devastating to the financial viability of the cities, even before any additional investment in bulk infrastructure.

Harvard Professor Ricardo Hausmann has argued that in countries where the housing deficit is measured as housing units and not habitats, the solutions often do not solve the real problem. For him, “a house is an object; a habitat is a node in a multiplicity of overlapping networks” such as power, water, sanitation, roads, transport, labour markets, retail, entertainment, education, health, family, friends and security. These networks make up all the benefits of agglomeration that make cities effective at generating opportunities for low-income households and individuals which, in turn, promotes local economic development and more inclusive growth.

Compare this to an approach that creates generally segregated poor neighbourhoods where mainly unemployed, unskilled people “live among themselves disconnected from others. All of which makes it harder for them to benefit from connected city economies.”

An enormous opportunity exists in the densification of existing suburbs using what has been called a “massive small” approach. This refers to a process whereby poor households and small and micro private developers densify existing residential neighbourhoods by creating multi-unit rental dwellings and building additional low-cost rental accommodation in backyards. These small developers provide rental (sometimes sectional title) housing closer to hubs of economic activity, while fostering local economic development through the use of small builders and other contractors.

This bottom-up, market-driven approach is gaining momentum across South Africa’s cities. And with enough “small” developments taking place simultaneously, the impact can be “massive”. People want to live in well-located parts of the cities, where jobs and opportunities are concentrated. They are prepared to substitute long and costly commutes and pay affordable rents for relatively small spaces, if that accommodation is well situated.

Small-scale entrepreneurs are responding to this substantial demand by developing relatively cheap (mainly) rental options. Hillbrow, Yeoville, Orange Grove and Malvern in Johannesburg and Khayelitsha, Delft and Dunoon in Cape Town, all close to transport corridors, local economic nodes and city centres, are just some of the areas where these developments are taking place. There is a mushrooming process of homeowners, landlords, and small developers building properties close to urban economic opportunities, mainly to let.

The pioneer in this field is the TUHF Group, which has been operating for 17 years and now is active in inner city areas within all eight metros. During this time, they have provided housing entrepreneurs with R4.7-billion in total funding. Moreover, the investments supported have contributed significantly to local economic development.

The potential for this massive, small approach to accommodate the demand for accommodation in our cities is huge.

There are 4.5 million freestanding privately owned houses in South African metros with tremendous potential for densification. This increasingly prominent mode for producing new, low-cost housing options for the poor, if recognised and supported, could reduce the demand for new land (and the resultant urban sprawl) in the metros over the next 25 years by at least 70%. At the same time, we would be creating more efficient, productive and inclusive cities while providing vastly more opportunities to the poor in well-located areas.

Many of these private, bottom-of-the-market developers finance their own construction using a second mortgage, savings, unsecured personal loans or by turning to local informal lenders. Some new finance providers have emerged, including platforms such as iBuild, Indlu, uMaStandi and Bitprop, which provide innovative, often risk-sharing, lending solutions to developers whose limited assets and incomes disqualify them from the loan products offered by established banks.

However, unless this burgeoning supply of affordable accommodation in the cities is actively supported and managed, “massive small” densification could result in inner-city slums, deteriorating conditions in existing residential areas and overloading of engineering and social infrastructure.

The challenge is that both municipalities and established banks are failing to tailor their regulations, services and loan products to the realities of “massive small” densification and development. High-compliance burdens, insufficient long-term development finance and inadequate infrastructure are combining to undermine the emergence of quality rental units at a larger scale.

It is vital that South Africa manages this phenomenon well to ensure an increase in quality of these “bottom up” housing developments.

Metro governments need to reassess and strengthen their policy position on densification and backyard renters. They should identify and focus on suburbs where residential densification will benefit home seekers and the city. They need to introduce appropriate, streamlined (“off the shelf”) compliance requirements, expand infrastructure in areas that are targeted for these kinds of developments – and strengthen their management capabilities.

National government needs to enable densification through small entrepreneurs. The state should consider introducing a national conditional grant for South African metros. This would fund the cost to the metros of providing free service connections, allow metros to waive bulk infrastructure contributions from developers, expand and upgrade bulk infrastructure. Part of the grant could also be used to reconfigure planning and building compliance requirements.

Business, especially the big banks, have an important role to play. They can lend their voices in support of these developments and help publicise what is happening. Established banks should develop appropriately structured project and asset finance for “massive small” housing projects. They could also provide more financing to support existing specialist lenders like TUHF and others so that they can expand their lending at acceptable rates.

South Africa must move away from apartheid-style cities with the poorest people having to live far from economic opportunities. This is contributing to the scale of unemployment, preventing our cities from linking job seekers and employers in an efficient way, and keeping many people mired in poverty or dependent on social transfers.

In the context of mass unemployment, extreme fiscal constraints, and the devastation wrought by the Covid-19 pandemic, government interests lie in encouraging and enabling the massive wave of private-led developments already taking place. If it is managed well, and developers are funded and able to meet reasonable compliance requirements, the result will be a significant contribution to local economic growth and increased access to housing and other opportunities.

Ann Bernstein is head of CDE and Matthew Nell is head of Shisaka. This article is based on a new CDE publication, “Building better cities: a new approach to housing and urban development”.