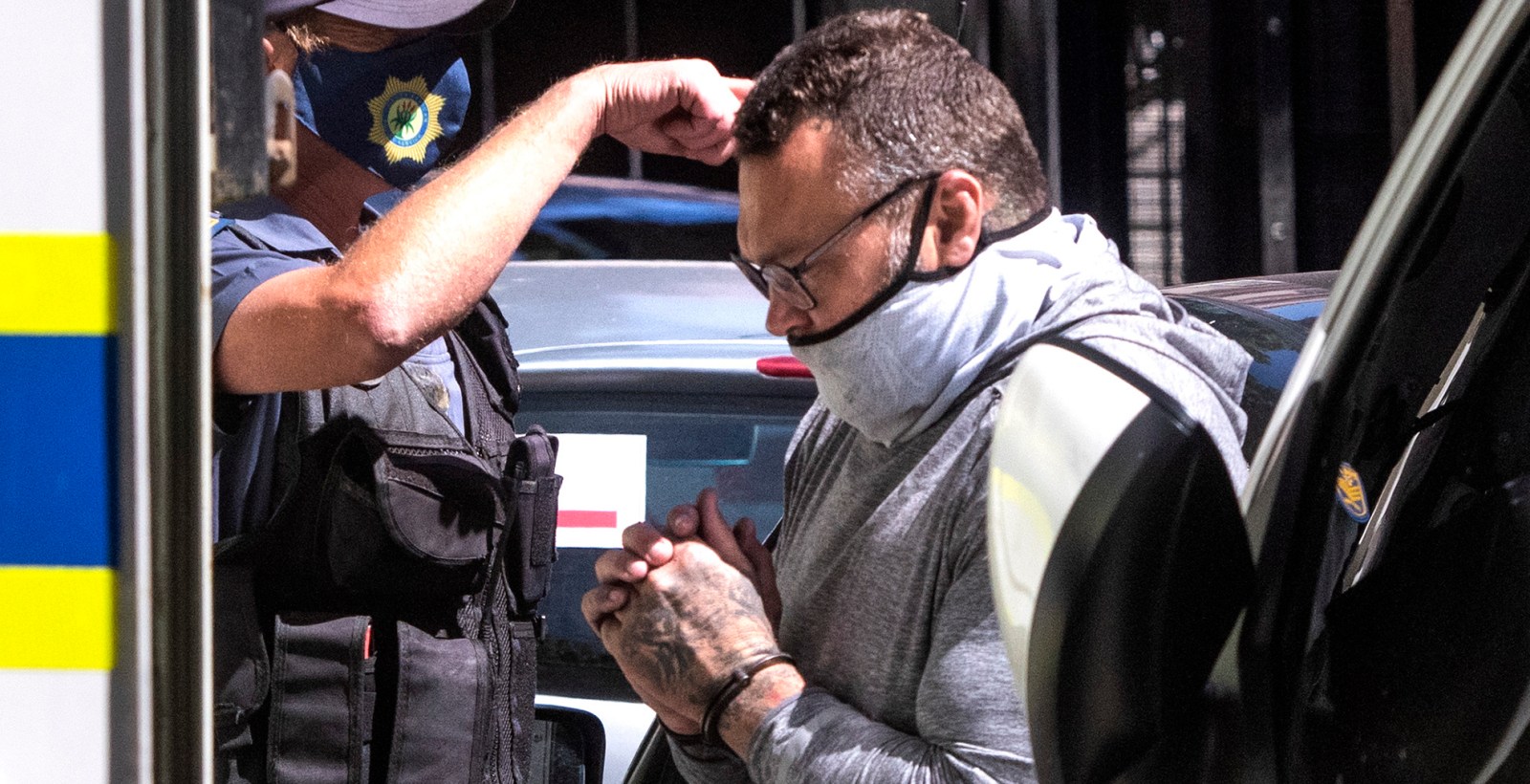 While the state is racing against time to build a watertight case against murder accused and former rugby player Zane Kilian, the question remains whether investigators will establish the identities of people who assumed comic book character aliases to unlawfully track the cellphones of several prominent people.

Investigations by Maverick Citizen have revealed that two people used the names “Lucifer” and “Batman” on a pinging platform which tracks the coordinates of cellphone towers near people they were spying on. The platform was allegedly operated by an ex-cop.

Lucifer and Batman are alleged to have intercepted telecommunications of various SAPS officials, ordinary citizens and alleged underworld figures in Cape Town.

The ex-cop is alleged to have intercepted the cellphone of murdered Johannesburg anaesthetist Dr Abdulhay Munshi, who was gunned down in September 2o2o. The ex-cop purportedly intercepted Munshi’s phone at least 600 times.

According to private investigators, the unlawful interception of private cell phones has been common practice for many years.

Investigators will now have to relook at the murders of three criminal lawyers — Pete Mihalik outside a school in Sea Point in October 2018, Vernon Jantjies outside a shop in Lentegeur, Mitchells Plain in December 2019 and Noorudien Hassen, who was gunned down in his car outside his home in Lansdowne in November 2016.

The ex-cop, who cannot be named at this stage, will feature as a state witness against Kilian in the case of the murder of Anti-Gang Unit (AGU) commander Lieutenant-Colonel Charl Kinnear.

His evidence will be pivotal in proving beyond reasonable doubt that Kilian tracked Kinnear’s phone 2,116 times until the very minute he was assassinated in front of his house around 3pm on Friday 18 September.

A well-known registered Gauteng private investigator said: “In the security business we have heard of Lucifer and Batman unlawfully intercepting cellphones for quite some time.

“The two have assumed these character names to ensure that they are not easily traced, identified and eventually arrested. We as private investigators believe they assume these identities for malicious reasons.”

It will be an arduous and perilous journey for investigators delving into the assassination of Kinnear to uncover the real identities of Lucifer and Batman.

Perilous, because the assassination of Kinnear revealed the deep level of police corruption within SAPS and collusion with underworld figures.

Kinnear’s colleagues who spoke to Maverick Citizen said: “None of us are safe. Every day going out on the streets is a risk. We don’t know who to trust. The amount of corrupt cops, especially senior officers caught up in this intricate web further endangers our life.”

On Tuesday 10 November 2020, Kilian appeared for the first time alongside alleged members of the Terrible West Siders gang in Court 16 of the Cape Town Magistrates’ Court, accused of attempting to murder criminal lawyer William Booth.

As was the case in the assassination of Kinnear, Kilian was also not physically involved in the failed attempt on Booth’s life at his Cape Town home in April 2020.

The state, however, contends that Kilian intercepted Booth’s cellphone communication on about 500 occasions and helped the gang members to pinpoint the lawyer’s precise location when they opened fire on him.

Prior to proceedings getting under way, sniffer dogs went through the court to make sure no dangerous devices had been hidden inside the courtroom.

Heavily armed AGU members were stationed in and outside the court and the doors of the adjacent court 13 were closed to neutralise any possible threat.

Once in court, a bewildered Kilian turned around to see if any of his family members were present.

Kilian, with Kauthar Brown, Ebrahim Deare, Riyaad Gesant and Kim Kashiefa Smith, briefly appeared on charges which include being part of a gang, attempted murder, conspiracy to commit murder and the unlawful interception of communication, which is applicable only to Kilian. The charges against Igsaan Williams were withdrawn.

In another twist in the Kilian matter, his counsel, advocate Eckhard Rosemann, withdrew from both matters, those of Kinnear and Booth.

This is after Rosemann had previously indicated that his life was under threat and that he would not continue with the matter after Kilian’s bail hearing.

Asked why he had decided to withdraw at such a critical juncture in this case he replied: “I’ve decided for personal reasons to withdraw and not represent Kilian any more.”

His replacement, Johan van Aswegen, said that Rosemann had phoned him 10 days ago and asked if he would represent Kilian.

Though Van Aswegen is not officially on record for the matter relating to the assassination of Kinnear, he indicated that he would be in the Bellville Magistrates’ Court on 27 November 2020 when Kilian’s bail application is to be heard.

National Prosecuting Authority spokesperson Eric Ntabazalila confirmed the matter involving the attempt on Booth’s life has been postponed to 30 November for further investigation.

Ntabazalila said the outcome of the bail application in the Kinnear matter on 27 November would have a bearing on the Booth matter, in which Kilian is also an accused.

“It is very much likely to have… if Kilian succeeds in his bail application on 27 November then we have to review our position on the matter in the Cape Town Magistrates’ Court,” Ntabazalila said. DM/MC