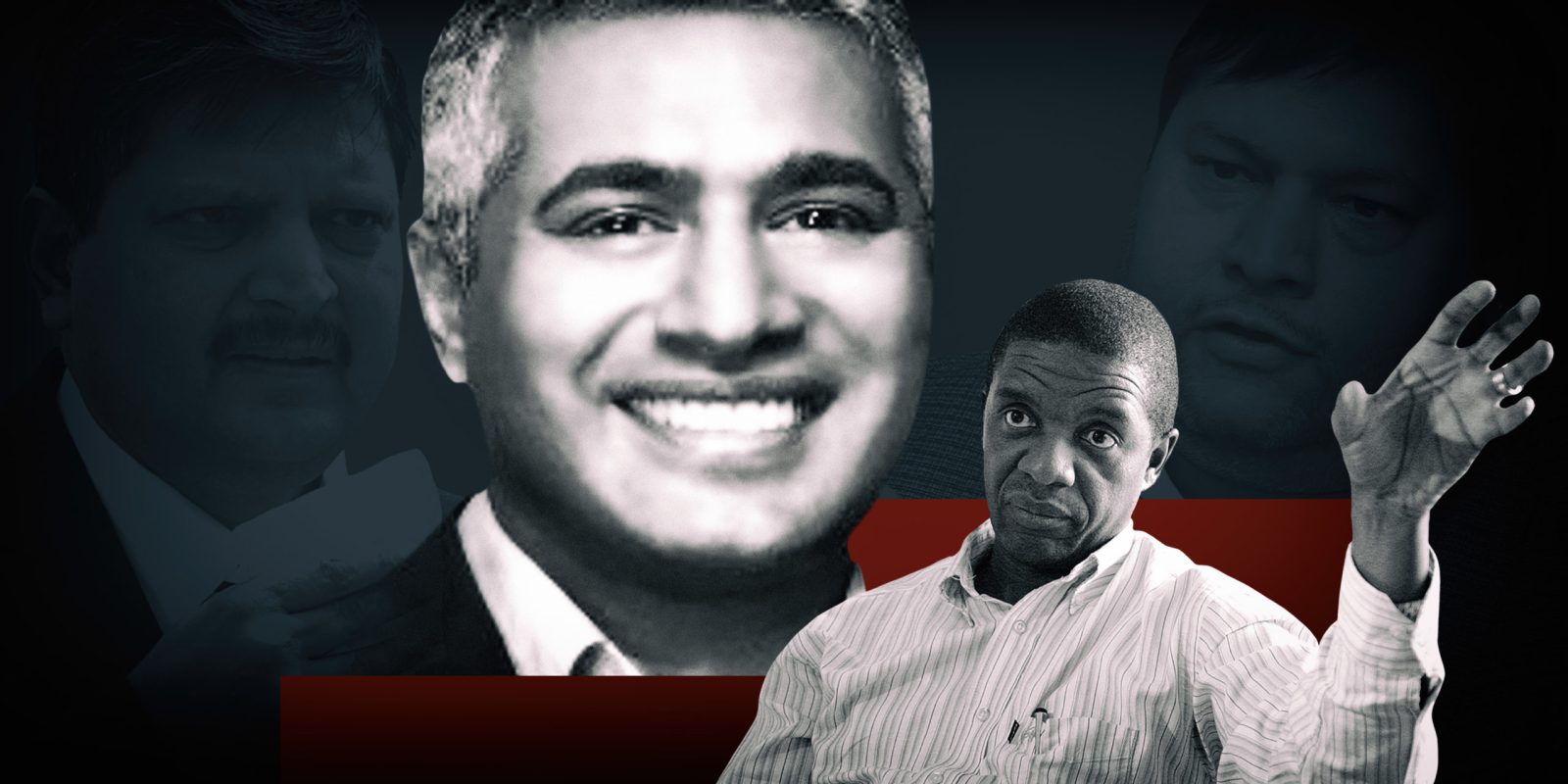 Armed with a court victory over the National Prosecuting Authority (NPA), Regiments Capital wastes no time trying to cash in with a bid to get out of liquidation. But liquidators have flagged several factors in a counter application to keep the ‘hand of the law’ over the Regiments estate.

Businessmen Litha Nyhonyha and Niven Pillay, the owners of Regiments Capital, are heading to court to set aside the liquidation of their financial advisory firm.

In an urgent application, set down for Tuesday, November 10, Nyhonyha and Pillay say they need a same-day court order to avoid a devastating tax bill that will ruin the company’s ability to pay creditors.

Regiments needs to get out of liquidation to allow its owners to complete an unbundling transaction that involves Capitec shares. This unbundling deal, if not done by Tuesday November 17, will attract a R238-million capital gains tax.

But Nyhonyha and Pillay face an uphill battle as Regiments’ provisional liquidators have countered that the liquidation should not be undone if there is to be regard for “commercial morality” and “public interest”.

The liquidators accuse the two businessmen of trying to “clean out” the company with a superficially attractive deal that allegedly stands to benefit them over a general body of creditors, both known and unknown.

Among key issues raised in court papers by the joint liquidators, Willem Venter and Kagiso Dinaka, are: 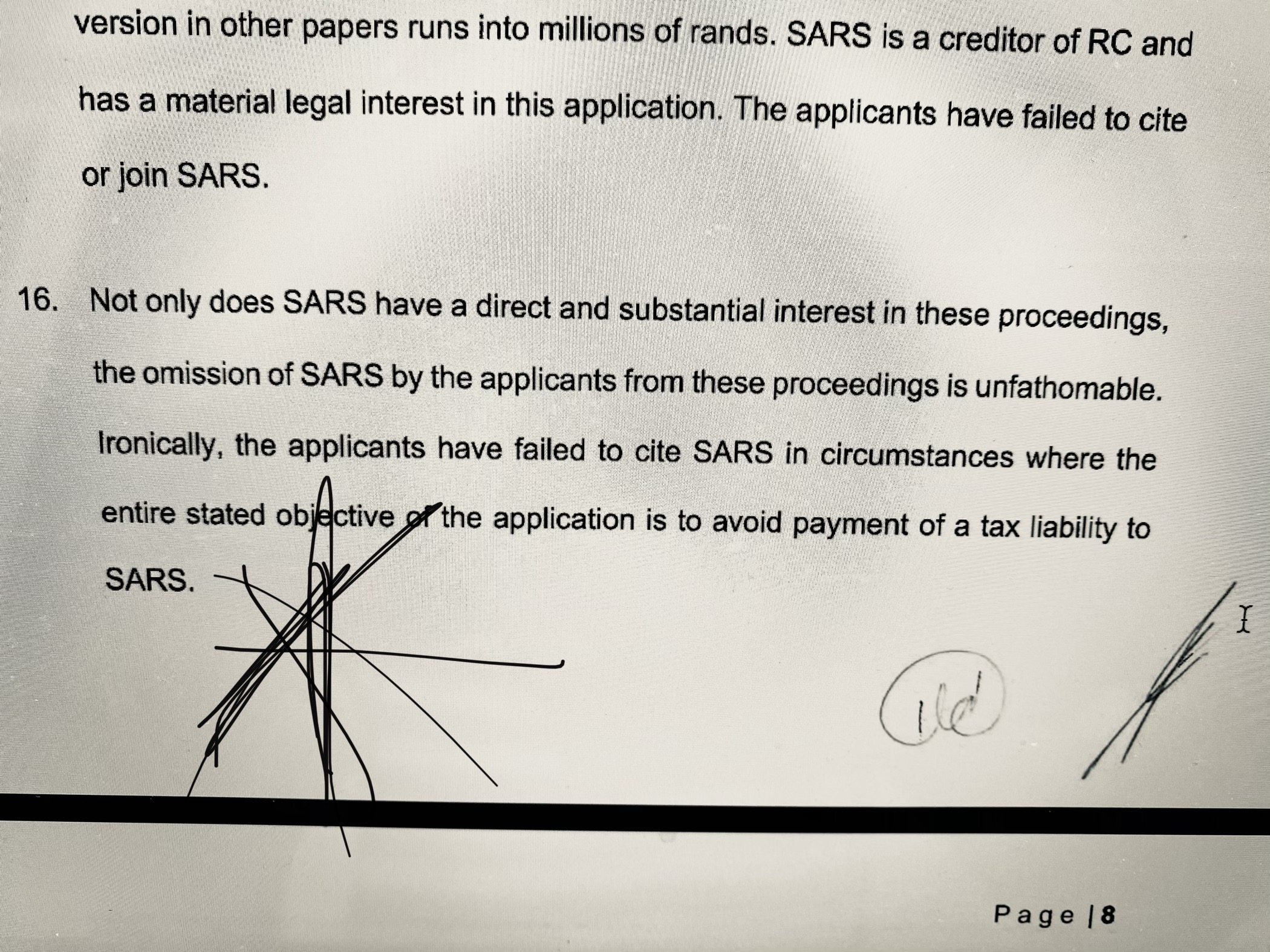 In fact, the Master of the High Court is yet to advertise the insolvent estate.

Venter and Dinaka, appointed in early October, accuse Regiments’ owners of trying to run the liquidation themselves. In order to avert a miscarriage of justice, they ask that the court dismiss Regiments’ application.

If, however, the court agrees that the unbundling deal must proceed, the liquidators seek authorisation to oversee every step of it to ensure that no money flows to the Regiments directors to the detriment of other creditors.

Regiments and its owners have hogged the headlines for years over their deals at state-owned companies and alleged kickbacks paid to Gupta front companies. They are the subject of State Capture probes by the NPA’s Investigating Directorate, the Special Investigating Unit (SIU) and the Zondo commission, where Regiments-related evidence is to be heard in the coming weeks.

An affidavit filed by Nyhonyha, himself an alleged creditor of Regiments with an as yet unproven claim of R11.6-million, states that it is vital for the company to be brought out of liquidation so they can conclude the unbundling transaction by November 17.

This is to avoid an intra-company loan deal involving the Capitec shares from becoming an outright sale, thereby attracting a capital gains tax liability.

In a nutshell, Regiments owns a special purpose vehicle called Coral Lagoon which holds Capitec shares; and Pillay and Nyhonyha, as the controlling minds of Regiments, seek to leverage those shares to settle a select set of Regiments’ creditors (many of those linked to them).

The complex unbundling transaction has its origins in a settlement agreement that Regiments struck to repay the Transnet Second Defined Benefit Fund (TSDBF) in 2019.

While that part was completed, the next stage of the unbundling is now necessary and urgent.

Nyhonyha said it would free up enough cash to pay creditors – including Transnet, with whom Regiments struck another settlement deal last year. It agreed to repay the parastatal R180-million for fees relating to its work on a controversial contract for 1,064 locomotives.

Caught up in a plethora of litigation, Regiments rushed to court with this application just days after scoring a high court victory over the NPA on October 26.

The NPA had sought to restrain more than R1-billion in assets, pending finalisation of its criminal investigations into Regiments and others.

In that matter, the NPA said it had reason to believe that the Regiments defendants (who include Nyhonyha and Pillay) may be charged and convicted of fraud, corruption and money laundering, from which they have benefited by more than R1-billion.

The high court discharged the interim order due to material non-disclosures by the NPA and did not deal with the merits of the State’s case.

While this would normally have given the company’s owners back control of their assets, Regiments had in the meantime been placed into final liquidation, and those assets are now in the hands of the provisional liquidators, Venter and Dinaka.

Regiments claim the phased unbundling transaction was initiated in 2019 and was well underway when the NPA hit it with the draft restraint under the Prevention of Organised Crime Act (Poca) last November.

Nyhonyha says the company was only unable to pay its debt due to the harsh consequences of that restraint – not because it didn’t have the money. As a result thereof, one of its creditors, Vantage Mezzanine Fund II successfully applied for its liquidation.

Regiments Capital does not carry the hallmarks of an insolvent company.

Once completed, the unbundling will show the company has enough liquid assets to fully pay each external creditor “100 cents in the rand”, said Nyhonyha.

It would give the company R328-million in liquid assets that includes R40-million in cash and R287-million in Capitec shares at a prevailing market price of around R1,140.

Nyhonyha said the company also has a R26-million VAT refund due from SARS and another R4.5-million in advisory fees from Nedbank.

Against creditor claims of roughly R278-million, Regiments would be in a commercially solvent position once the unbundling is permitted, he said. This calculation is remarkable when viewed against the more than R1-billion that the NPA had identified as the alleged proceeds of crime in its restraint case.

Not so fast, say liquidators

Liquidators Venter and Dinaka have poked significant holes in the rosy picture cast by Regiments’ owners. For starters, the company is factually and commercially insolvent and the unbundling bid is not going to change that, they argue. They say the company had, furthermore, failed to cite all creditors or to declare, in full, all liabilities.

Offering creditors 100 cents to the rand is specious as the factual financial position of the company clearly demonstrates this to be false, liquidators charge.

And, Nyhonyha and Pillay, via their respective family trusts and shareholding in two companies, Marcytouch and Ergold, stand to gain, substantially, from the unbundling transaction. It would be unjust and immoral for Regiments or its owners to get economic benefit above any other creditor, the liquidators argue. DM

*Scorpio has learnt that SARS intends to intervene in these proceedings, but was not able to confirm this at the time of publication.