Could the next Chief Justice be drawn from the current judge presidents? 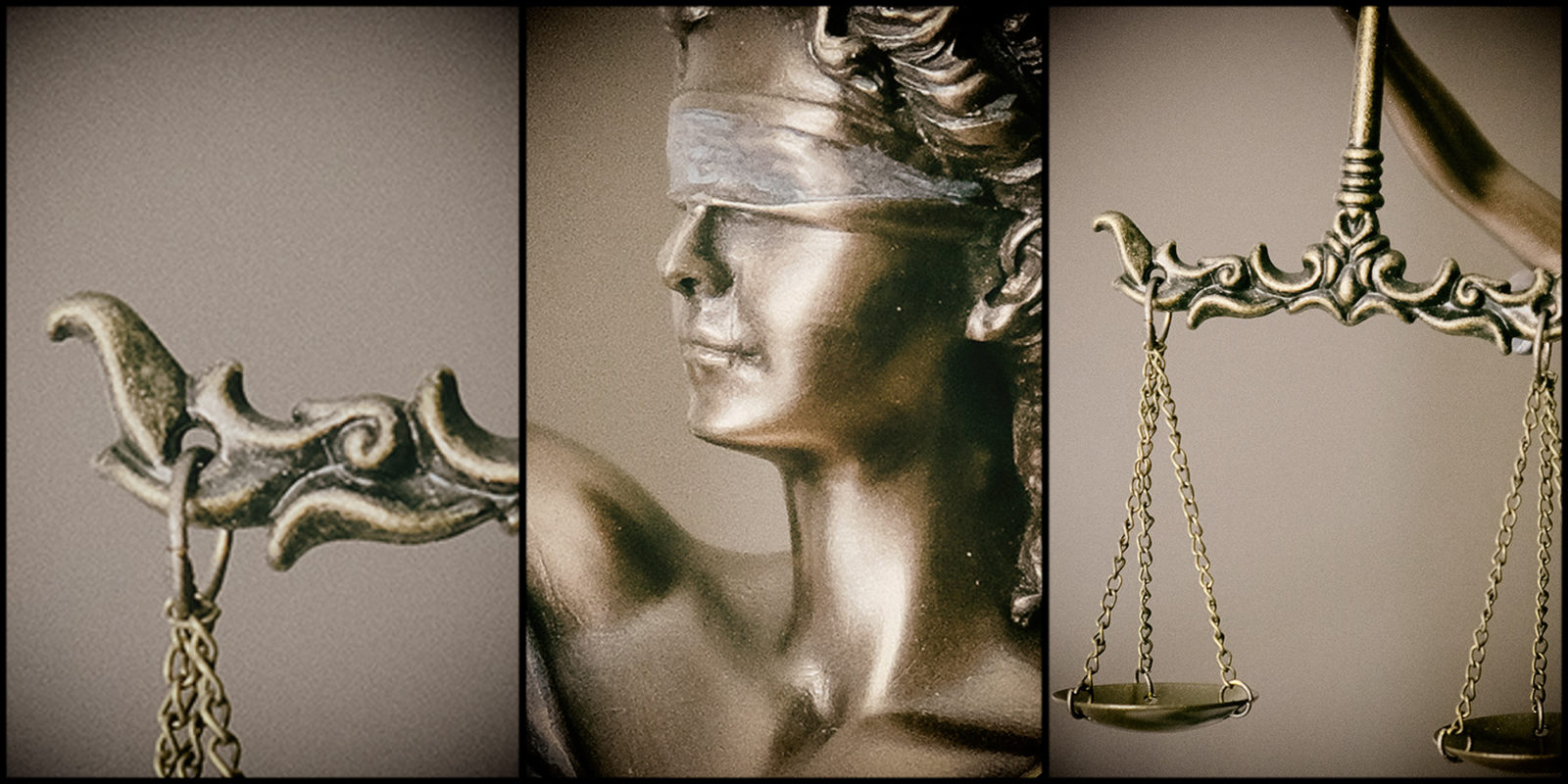 In this article, we consider potential candidates if the next Chief Justice is drawn from the judge presidents, who head divisions of the high court.

Candidates if the next Chief Justice is currently a Judge President

On the one hand, this is an unlikely category, as it would draw from judges not already on the Constitutional Court. On the other hand, considering the significant increase in the Chief Justice’s administrative duties, it would make sense to consider candidates who have proven experience running a high court.

Judge President Mlambo is a highly regarded administrator. The Gauteng High Court has been praised for functioning with “relatively little disruption” and for running some trials via remote hearings during the Covid-19 lockdown (Source: GCBSA). However, media reports have also described a “collapse of infrastructure” at the Pretoria High Court, one of the two seats making up the Gauteng High Court. (Source: Daily Maverick). While this may raise questions for Judge President Mlambo, it should be noted that the report attributes the difficulties to inefficiencies in the Office of the Chief Justice, not to mismanagement of the court. All things considered, Judge President Mlambo is perhaps as well placed as any potential candidate if administrative experience and aptitude are to be highly ranked criteria.

All things considered, Judge President Mlambo is perhaps as well placed as any potential candidate if administrative experience and aptitude are to be highly ranked criteria.

He is not merely an administrator, however, but an impressive jurist in his own right, and served as a judge of the Supreme Court of Appeal between 2005 and 2010. He has written significant judgments such as President of the Republic of South Africa v Office of the Public Protector, holding former president Jacob Zuma personally liable for costs in an abandoned attempt to interdict the Public Protector’s State Capture report. This decision has recently been upheld by the Supreme Court of Appeal. In Multichoice (Proprietary) Limited and Others v National Prosecuting Authority and Another, Judge President Mlambo found that the Oscar Pistorius murder trial could be broadcast.

Judge President Mlambo also wrote the judgment of the Labour Appeal Court in South African Police Services v Solidarity on behalf of Barnard, which is probably the most significant South African case on whether affirmative action measures constitute unfair discrimination. Judge President Mlambo found that the impugned decision not to promote Barnard, a white woman, was justifiable. The decision was overturned by the Supreme Court of Appeal but upheld by the Constitutional Court.

One disadvantage he faces is that, unlike the two most recent Gauteng deputy judge presidents, Judges Mojapelo and Ledwaba, Judge President Mlambo has surprisingly never acted as a judge of the Constitutional Court. Having presided over some of the most “politically sensitive” cases in the last few years, he has established a widely-recognised public profile, even if some may see him as a politically divisive figure as a result.

In a parallel universe, Judge President Hlophe would most likely have been considered as a serious contender to accede to the office.

In a parallel universe, Judge President Hlophe would most likely have been considered as a serious contender to accede to the office. The holder of a PhD from Cambridge University, he was appointed to the Bench at a young age and is the longest serving of the current judge presidents. He has written some weighty judgments, too – in the 1998 decision in De Lille v Speaker of the National Assembly, he found that provisions of the Powers and Privileges of Parliament Act which attempted to exempt parliamentary privilege from judicial scrutiny were unconstitutional. The decision was upheld by the Supreme Court of Appeal. In Malachi v Cape Dance Academy, he found legal provisions which allowed a debtor to be arrested if it was believed they intended to flee the country to avoid paying what they owed, to be unconstitutional. This decision was confirmed by the Constitutional Court. More controversially, Judge President Hlophe’s decision to order the eviction of around 20,000 residents of the Joe Slovo informal settlement to allow for the development of a housing project was overturned by the Constitutional Court in the famous judgment of Residents of Joe Slovo Community, Western Cape v Thubelisha Homes.

But in addition to his jurisprudential track record, Judge President Hlophe has also long been a controversial and divisive figure. (His Wikipedia profile lists 13 issues under the heading “controversies”). He was the subject of a complaint for allegedly accepting a retainer and then granting the company which paid the retainer permission to sue a fellow judge and was found not guilty. A complaint by judges of the Constitutional Court that he attempted to influence Justices Jafta and Nkabinde in respect of a case against Zuma is still pending before the JSC, some 12 years after the complaint was first made. In Mulaudzi v Old Mutual Life Insurance Company (South Africa) Limited, the Supreme Court of Appeal found that Judge President Hlophe had not brought “an open and impartial mind to bear” on the adjudication of a case where his personal lawyer represented one of the parties. Judge President Hlophe is also the subject of an ongoing complaint by his Deputy Judge President in the Western Cape High Court, Patricia Goliath, which is currently under consideration by the JSC. Most extraordinarily of all, he has been linked to an alleged plot to assassinate Deputy Judge President Goliath – although it must be stressed that those allegations remain unproven.  In these circumstances, it is surely impossible for him to be put forward as a candidate.

Whilst the position of Chief Justice may, at the moment, come too soon for him, Deputy Judge President Ledwaba does seem to be being groomed for higher things. The Deputy Judge President of the Pretoria seat of the Gauteng High Court, he has acted as a judge of the Constitutional Court from January to June 2019, and as a judge of the Supreme Court of Appeal in 2020, appointments which are scheduled to continue into 2021. He is also the head of the Magistrates Commission.

Deputy Judge President Ledwaba does seem to be being groomed for higher things.

The Pretoria High Court is one of the busiest in the country, and his experience leading this court speaks to his abilities as a judicial administrator. As discussed under Judge President Mlambo’s profile, the court has been in the news recently for serious infrastructural problems, although we note that these challenges do not seem to be blamed on the judicial leadership of the court, and DJP Ledwaba also appears to have been acting at the Supreme Court of Appeal during this time.

Deputy Judge President Ledwaba has written jurisprudentially significant judgments such as Democratic Alliance v Acting National Director of Public Prosecutions, which famously set aside the NPA’s decision to discontinue the prosecution of Zuma. DJP Ledwaba’s decision was confirmed by the Supreme Court of Appeal. While acting as a judge of the Constitutional Court, he wrote the judgment of the court in Moyo v Minister of Police, which found sections of the Intimidation Act to be unconstitutional. In Patel v National Director of Public Prosecutions, he awarded damages for malicious prosecution to the former KwaZulu-Natal High Court Judge President, Chiman Patel.

Judge President Musi has written important judgments such as S v Liesching, which dealt with the circumstances when a petition for leave to appeal can be reconsidered after new evidence comes to light; S v Rabako, which deals with when the crime of rape involves the infliction of bodily harm.

Judge President Musi made the news in 2018 when he recused himself from the conduct tribunal which was to inquire into the complaint by judges of the Constitutional Court against Judge President Hlophe (see further under JP Hlophe’s profile).

Judge President Musi would likely be seen as too junior for the position of Chief Justice at this stage but is a name to keep an eye on in the future. DM