By Tania Broughton for GroundUp• 9 October 2020 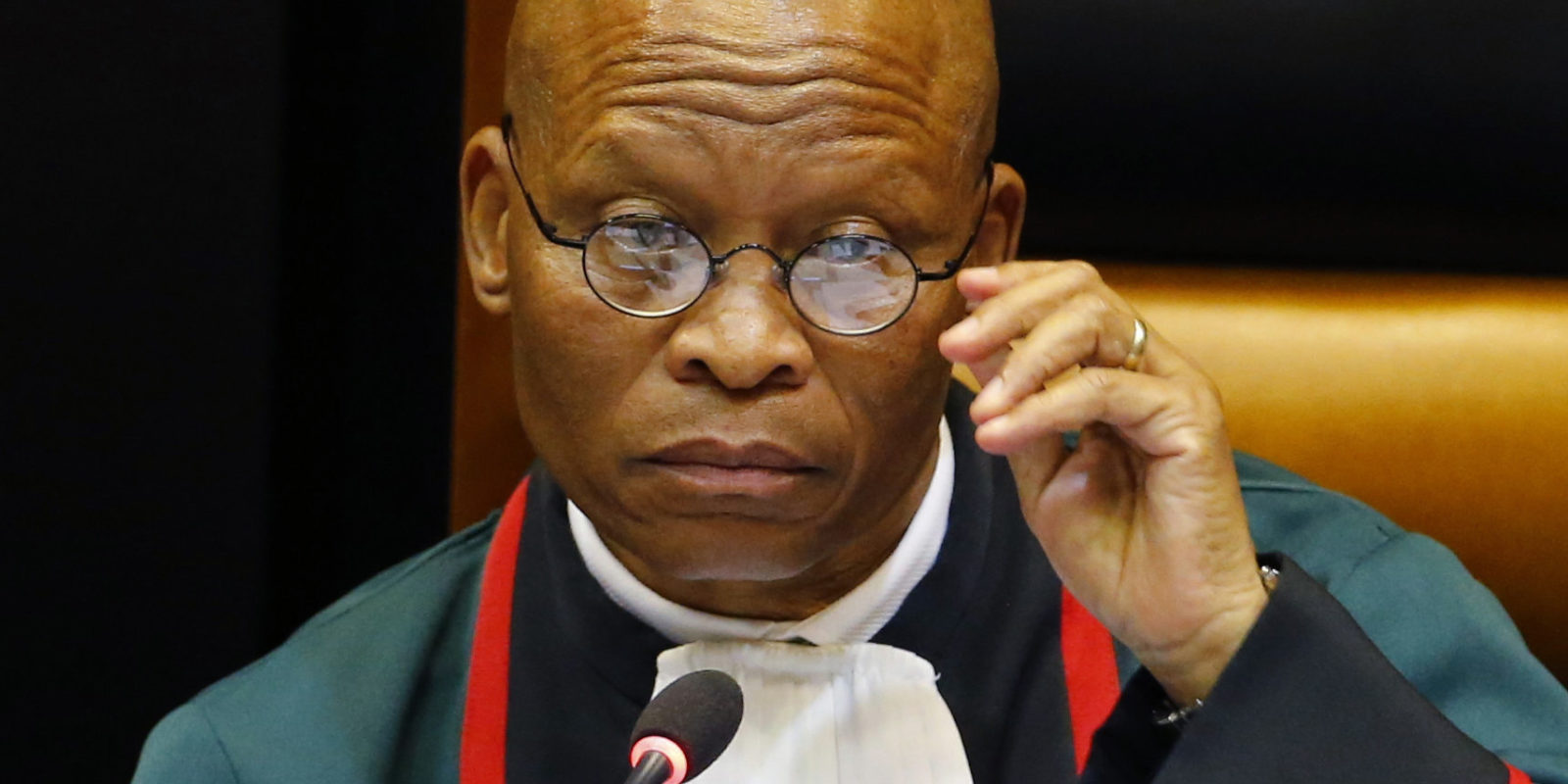 Chief Justice Mogoeng Mogoeng. Lawyers we spoke to blamed the problems at the Pretoria High Court on the Office of the Chief Justice. (Photo: EPA-EFE / Mike Hutchings / Pool)

No telephones, no internet, no Wi-Fi, no emails and not enough judges. This is reportedly the state of affairs at the Pretoria High Court.

The wheels of justice are grinding slowly at one of South Africa’s most superior courts.

The Pretoria High Court (or Gauteng Division as it is also known) has its home in the administrative capital of the country and jurisdiction-wise hears most cases involving legal challenges to government, many of which are deemed urgent.

However, according to a WhatsApp message sent by a senior judge at the court to colleagues, the situation is dire because of a collapse of infrastructure.

The court – and apparently most courts around the country – have not had email access after a massive system failure on 21 September, which has yet to be fixed. Internet access is especially important for the courts during the Covid-19 pandemic because much of the work is being done online, including many hearings.

While the Pretoria court has had access to Wi-Fi over the lockdown period, it is currently not working. Other courts, including in Durban and Pietermaritzburg, are in a similar position and judges have to use their personal accounts.

In a message sent to colleagues this week, the judge said: “Just sharing frustrations at court despite proactive attempts at many meetings to ensure that this week we will function, even without emails.”

She said in the civil section, three clerks were using private email and internet, but two couldn’t.

Many of the registrar’s computers had been corrupted so they could not work, even if there was Wi-Fi.

Private contractors engaged to manage technology had left the building and “their contract will not be renewed”. The contractors’ role is to manage case lines — the court’s online document management system — and enable virtual meetings. The case lines clerks, who helped with invitations to attend virtual hearings, had also not had their contracts renewed.

On top of these technical hurdles, there were too few judges to handle too many cases, with 129 not placed on the roll this past Monday as a result.

On Wednesday, Monday’s roll had still not been finalised and cases weren’t being allocated to judges.

“The attorneys are complaining… They are having to pay fees to counsel even though matters are not being allocated,” the judge said in her WhatsApp message.

“One attorney suggested sending each (available) judge 30 matters. But even if I do that, which I won’t, we will get through only Monday and half of Tuesday’s roll of a whole week.”

She said in the first three days (of this court session) there had been seven requests for urgent applications which had merit. “We have no dates or judges available to hear them, but I am trying to accommodate them.”

She said while cases could be heard “virtually”, the default position is that trials should be heard in open court.

“I approached seven judges yesterday for a two-week special trial, set down on the roster, to be heard in court for good reasons, and all seven refused point blank.” This is apparently because of Covid-19 concerns.

She said there was also a backlog with petitions.

“I share this so that there is some understanding of the frustration at court. This office is inundated with personal and email enquiries caused by the collapse of our infrastructure.”

An advocate, who often appears in the court, said running trials during the pandemic was a problem but the virtual system worked well if there was proper internet access.

The shortage of judges in Gauteng was a long-standing problem, he said, and the problems being experienced were not as a result of mismanagement of the court, but because of inefficiencies in the Office of the Chief Justice (OCJ).

Another source said: “How do you run a court in a pandemic without the internet? The management of the court are decent exemplary people who are doing a competent job. The problem is they’re not getting the resources they need.”

Alison Tilley, of watchdog group Judges Matter, said: “The effect of Covid on the courts is very concerning. Outdated and inadequate IT infrastructure is clearly a problem and needs to be addressed.”

The Legal Practice Council told GroundUp that it was aware of the problems in the Gauteng High Court and was trying to address them.

We approached OCJ spokesperson Nathi Mncube for comment, giving details of the judge’s Whatsapp message. However, he said he wanted to see the message himself in order to check its authenticity, and would be unable to assist without it. DM